I Will Not Apologize For Having Friends 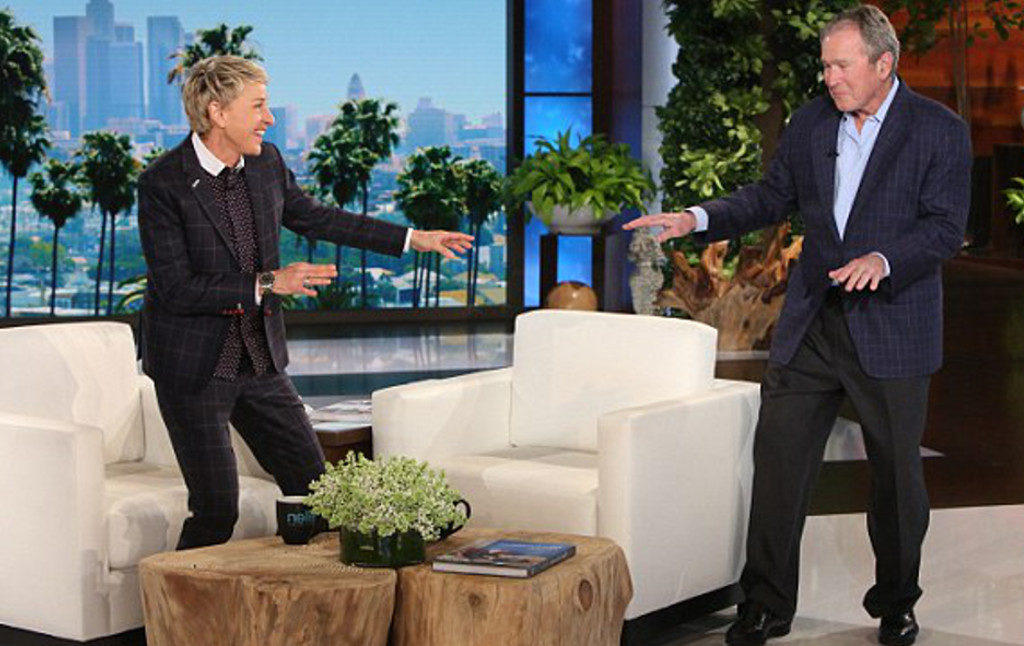 Upcoming transcripts from the Ellen show…

Editors’ note: These transcripts of upcoming segments from the Ellen DeGeneres Show have been brought to you by Emma del Valle

So, I wanted to take a moment to address something that happened this weekend—something which I didn’t even think could possibly be a problem, to be honest. But I’ve been yelled at online, so I decided I needed to speak my piece. So, on Sunday I was invited to a yacht regatta in Cape Cod by my good friend S. Truett Cathy, who you may know as the founder of a particular chicken restaurant that’s been a biiiit controversial when it comes to LGBT issues, but I just can’t get enough of them. Mmm! And by the way, here’s a picture of me eating one of their chicken sandwiches. Humanizing, right?

Anyway, we get there, and… this yacht regatta is fancy. I’m talking, people who could solve world hunger but don’t want to fancy. And I’m dressed like… Well, like this. Here’s a picture. Aw, shucks, right? I’m just like you. I’m underdressed for a yacht regatta.

So who’s there, but Jim, Rob, and Alice Walton! They own Walmart, if you couldn’t guess from the name. Anyway, they’re goofballs, and we ended up taking a few mirror selfies in the men’s room, and naturally, the Twitter people did what they do best—tweet. But I didn’t see anyone in all the mean tweets mention that I’m wearing the brand new white platinum Apple Watch!

But seriously. I want to say something to all the people who were angry that I dared to have a little fun with people at a party, people they don’t even know: You should take the time to get to know someone before you condemn them or shun them or ignore them at a party. I’m pretty sure none of you will ever be allowed within 200 feet of the Waltons, but still. You get what I’m saying. Be kind to one another. That’s what makes us Americans.

You know what, this time I’m going to be more to the point, because I don’t think I should have to explain myself in the first place. We have a wonderful show today—Sean Mendes and Camilla Cabello are going to have full penetrative sex live on my couch—so I don’t want to waste too much time on this.

I do not apologize for renting a swan boat with Bashar Al-Assad and taking in a beautiful fall day in Central Park. First of all, I don’t go out very often–Portia knows I barely have the social confidence to yell at my housekeeper. So this was a big deal. So anyway, I was invited to an intimate dinner in the park by my dear friend Bernard Arnault, who has $99 billion, and there were a lot of fancy people there. I mean, this was a really fancy event. And who do I bump into by the lake, but this guy! Look at him, he’s much goofier in real life. And we were talking about the swan boats, and we realized we’d both never ridden in one, so we thought, what the hell! Here are some more photos of us paddling around that you didn’t see on Twitter. There’s me and him in our boat… and behind us, those are his armed bodyguards flanking us in their swan boats. You may be wondering, why is Bashar Al-Assad holding an iPad pro on a swan boat? It turns out, he’s one of those people who uses their iPad as a camera!

And that’s what makes us who we are: spontaneity. And not turning away from people who are different from us.

Anyway, let’s give a warm welcome to Sean Mendes and Camilla Cabello!

So, you’d never have guessed it, but this weekend I managed to get myself in trouble again. What did I do this time? Nothing! I spent the weekend curled up on the couch with Portia, binging The Politician on Netflix—my friend Gwyneth Paltrow kills it in this show, you’ve got to watch it. So how did I get Twitter all riled up if I didn’t leave my mansion?

Well, it seems like some photos surfaced of me at a party a couple years ago—by the way, I bet you’re getting the impression these past few weeks that I’m some kind of party animal. I really don’t have the outfits for fancy occasions: I mean, look at my shoes! They’re Louboutins, but they sure don’t look like it. But anyway, people online are upset about one photo in particular. Let’s pull it up.

As you can see, that’s me, Jeffrey Epstein, Saddam Hussein, Karl Rove, Dick Cheney, and Ann Coulter in a gold plated jacuzzi, sharing a deep dish Hawaiian pizza from Little Caesar’s. Now I know you all already know what the most damning part of this photo is: Who orders a deep dish Hawaiian pizza? I don’t think it’s even on the menu. But it’s Karl Rove’s favorite pizza apparently, so he had them make it custom and fly it out on a Black Hawk helicopter. Listen, to each his own.

Anyway, people are up in arms about this. “Doesn’t this constitute a huge geopolitical scandal?” they’re tweeting. Well, technically, the boat was in international waters, so, not really. “Ellen, how could you be friends with such horrible people?” they’re asking. And you know what? I’d like to propose a question of my own.

If you were at a party, and someone there had hired someone who hired someone who hired someone else who, say, killed 92 people in a gas attack, would you make a scene and ruin the whole party over it? Would you look at someone wearing a $6,000 necktie and be able to think of the dirty, ugly things that other people did, supposedly because that person ordered them to do so? Or would you put the unpleasantness behind you, share a magnum of Moët, and talk about the things you have in common, like the square footage of your homes?

To me, what’s important is kindness. If we can’t be kind to one another, imagine how uncomfortable we would all be.

Anyway, I think that’s enough on that. My first guest today is Chris Pratt, who’s here to talk about his new movie, Alvin and the Chipmunks In Iraq: Unsqueakable Crimes.