If You Want Your Children To See A Coral Reef, Join The Left 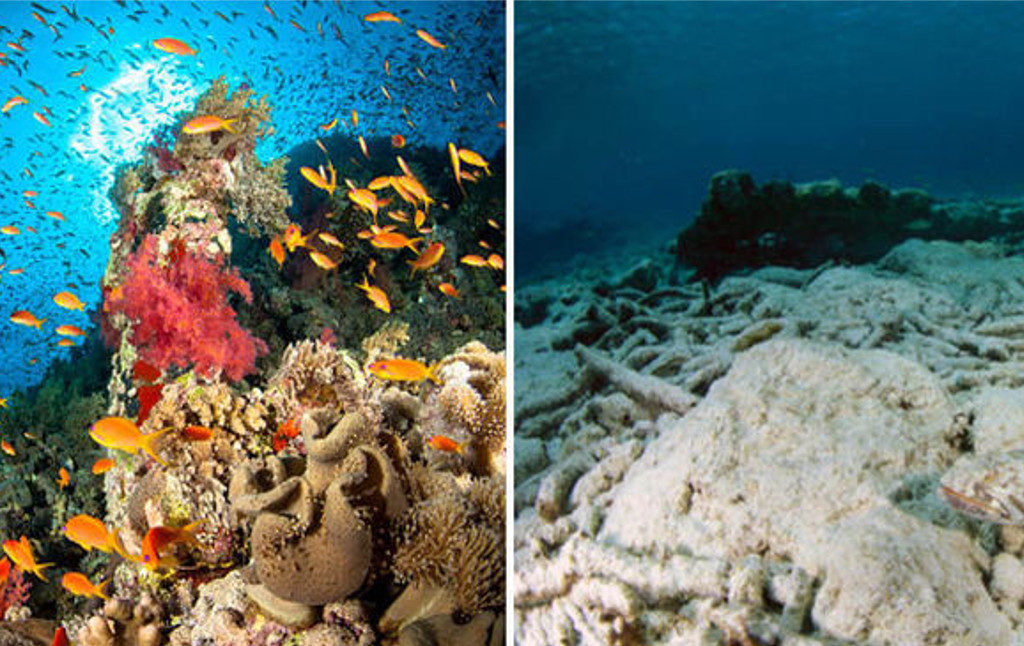 The IPCC confirms that without a major swing to the left, we’re going to cause untold damage very quickly…

There is a famous Old Left phrase, “socialism or barbarism”: There is no choice but to find a way to stop capitalism’s destructive logic, because if left unchecked it will create catastrophe. It came to mind today when I read the disturbing news from the Intergovernmental Panel on Climate Change:

A landmark report from the United Nations’ scientific panel on climate change paints a far more dire picture of the immediate consequences of climate change than previously thought and says that avoiding the damage requires transforming the world economy at a speed and scale that has “no documented historic precedent.”

It’s hard not to hear an echo there of Friedrich Engels: “If the whole of modern society is not to perish, a revolution in the mode of production and distribution must take place.” Engels may have exaggerated somewhat; in most places, the revolution did not take place, and modern society managed to muddle along for another century and a half. But perhaps he was just a few years early: Now, reading the IPCC’s conclusions, it really seems undeniable that humanity faces a stark choice. Without major new government intervention in the economy, human beings are going to wreak untold levels of destruction on a planet that many of us dearly love.

Here’s the dire news from the report, which “was written and edited by 91 scientists from 40 countries who analyzed more than 6,000 scientific studies”:

[The IPCC report] describes a world of worsening food shortages and wildfires, and a mass die-off of coral reefs as soon as 2040 — a period well within the lifetime of much of the global population… The authors found that if greenhouse gas emissions continue at the current rate, the atmosphere will warm up by as much as 2.7 degrees Fahrenheit (1.5 degrees Celsius) above preindustrial levels by 2040, inundating coastlines and intensifying droughts and poverty.

Individual authors of the report have said that the science is “telling us we need to reverse emissions trends and turn the world economy on a dime,” and the report “makes it clear: There is no way to mitigate climate change without getting rid of coal.” Carbon taxes far higher than any previously proposed will be necessary to avoid catastrophe, although even with a gigantic new effort at harm mitigation there may be no hope for the world’s coral reefs.

Needless to say, at the moment we’re not just not doing this, but actually embracing a psychopathic environmental policy: The Trump Administration seems to love “coal for the sake of coal,” meaning that Donald Trump’s love of coal has nothing whatsoever to do with an assessment of its costs and benefits but exists solely because there is something “all-American” about coal and it gives him the opportunity to wear a hard hat. This administration has totally embraced free-market ideology when it comes to the environment: There is no such thing as a good regulation, whatever is profitable is good, if dumping toxic waste is profitable, then dumping toxic waste is good, and if killing the coral reefs is profitable, then it must be good too.

But the IPCC’s report also highlights the limits of weak-willed liberalism. When it comes to carbon taxes it:

…estimates that to be effective, such a price would have to range from $135 to $5,500 per ton of carbon dioxide pollution in 2030, and from $690 to $27,000 per ton by 2100. By comparison, under the Obama administration, government economists estimated that an appropriate price on carbon would be in the range of $50 per ton.

While Barack Obama was certainly “concerned” about climate change, he failed to make the case for its importance to the American people. How much have Democrats mentioned this issue? How prominent is it in their public rhetoric? As I have written before, if we actually believe what we say (and what the science says), then even if it’s “politically difficult” it’s morally necessary to put ecological issues at the very top of our agenda, and work tirelessly to convince the public of their significance. The United States has elected a climate-denying lunatic and Brazil may be about to elect a similarly ecologically catastrophic quasi-fascist. These men imperil the earth. But their victory also testifies to the failure of the left to create public understanding around environmental issues. Nobody would vote for these men if they understood what the actual implications were for the future of life. (Okay, some people would still vote for them.)

Okay, but why is this “socialism or barbarism”? Because you’re never going to accomplish anything so long as the economy is ruled by the pursuit of profit. If you don’t believe me, ask Myron Ebell, the lobbyist appointed by Trump to head his EPA transition team. Have a look at this op-ed Ebell co-wrote about why a carbon tax is a bad idea:

Despite dubious claims that carbon taxes can avert climate change and promote “renewables,” this misguided policy will only succeed in fleecing Americans struggling to keep the lights on… [E]nergy producers would likely respond to an impending carbon tax by increasing supplies in the here-and-now, crashing the price and encouraging more carbon emissions in the present. Whoops! All of these hypotheticals lead to a sobering conclusion: Economic realities will likely doom a carbon tax to fail. Economies are complex instruments that always defy central planners, derailing even the best-laid plans. Policymakers must steer clear of this poorly thought out proposal that will achieve little at a gargantuan cost. Lawmakers can preserve the legacy of tax reform by avoiding expensive schemes to engineer ecology.

Beware this species of conservative argument, which uses capitalism’s sociopathy as the justification for not trying to restrain capitalism’s sociopathy. If you try to regulate carbon, the costs will just be passed on to poor people and energy companies will actually release more carbon. Ebell’s entire argument throughout the op-ed is that carbon taxes “won’t work.” But why won’t they work? They won’t work because capitalist enterprises are monstrous institutions, that would rather boil the planet alive than take a financial hit. As I say, this is a common kind of argument on the libertarian right: If you try to regulate housing conditions, landlords will just pass the increased maintenance costs onto renters, or if you raise the minimum wage, employers will just fire a bunch of people and make the remaining ones work harder. In each case, the argument amounts to: Capitalists will never, ever submit to measures designed to mitigate the negative impacts of their profit-seeking. Ebell doesn’t even pretend that there is a free-market way to change emissions. Of course, he doesn’t think there is a climate crisis, but he’s pretty clear that if there was one, under capitalism we would be doomed.

The world is not a hopeless place. Pessimism is suicide. The conclusion of the IPCC scientists is that “it could be done, but it would require rapid action now. It would mean significant changes in all sectors of society. We would also need to remove carbon dioxide from the atmosphere.” The question now is how to get the necessary political power. There is no hope in centrist politicians who take money from the very companies they need to fight, and who are only capable of proposing the mildest and most incremental solutions. There is obviously no hope on the right, which will justify literally anything the market does, even if it ends up killing us all. Only the left has the sense of urgency and the political agenda capable of making the radical changes necessary. Without it, we surrender to the Trumps and Bolsonaros. Now more than ever, it’s socialism or barbarism.

We want to be able to fund much more and better coverage of environmental issues. If you appreciate our work, please consider making a donation, purchasing a subscription, or supporting our podcast on Patreon. Current Affairs is not for profit and carries no outside advertising. We are an independent media institution funded entirely by subscribers and small donors, and we depend on you in order to continue to produce high-quality work.