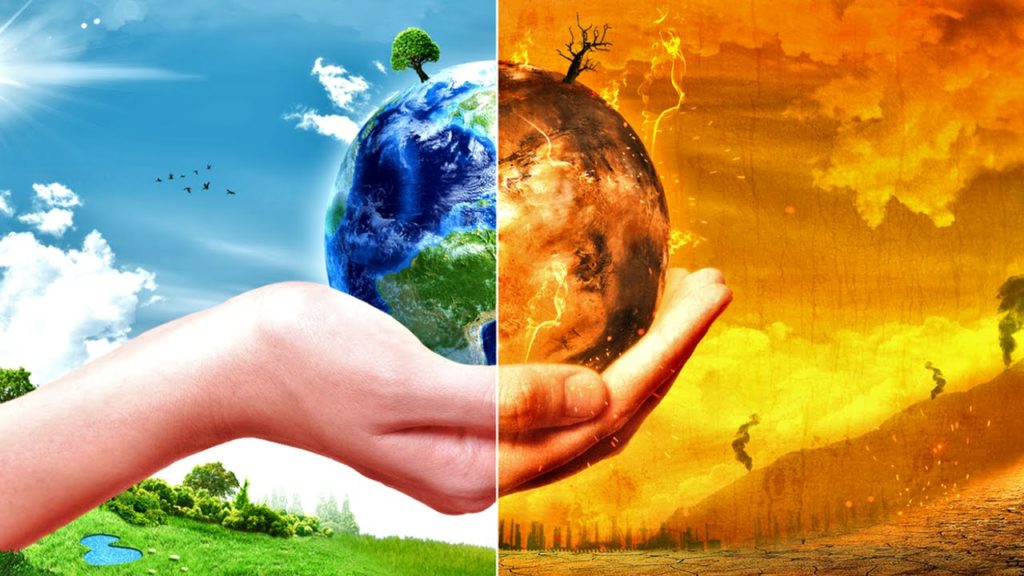 If progressives think it’s a serious threat to humanity, why don’t they act like it?

Let me make a confession to you. I don’t believe that human-caused climate change is a serious problem. Now let me be clear: when I look at the empirical evidence, I am very much convinced that it is a serious problem. In fact, every time I dig into the facts, read the reports of experts, try to understand the problem for myself, I become terrified. And yet I still don’t believe in climate change. I know I don’t believe in it, because if I believed in it, I would be acting differently. If I truly believed that Florida was going to sink into the sea, and that urgent action needed to be taken in order to stop this from occurring, I wouldn’t be editing a magazine. And I certainly wouldn’t have spent any of the past six months reading books or watching YouTube videos. If I believed climate change mattered as much as I am supposed to think it matters, I would be spending my every waking effort calling urgently for political action. I am not doing this. Therefore, I think I believe less in the importance of climate change than I say I do.

Here is one reason I think many people reject the apocalyptic forecasts of climate change “alarmists”: they don’t actually seem very alarmed. Yes, when climate scientists tell us about the problem, they tell us that if we do not radically reverse course on emissions immediately, we will boil ourselves alive and create an overheated hell of drought, displacement, and despair. But then why aren’t those climate scientists out in the streets? If the academic community believes climate change is a serious problem, there should be climate scientists going to every town in America, holding listening and teaching sessions at churches, libraries, and schools. They should be educating the public, fielding any and every skeptical question people might have. They should not just be giving quotes to newspapers, in which they tell us we’re all going to die, but they should give free and open lectures around the country, debating skeptics and embarking on a massive project to shift public opinion and end apathy.

If climate change is going to be as bad as climate scientists say it is, they need to work to shift the national mood. Obama should be talking about it constantly. It should be his number one issue. After all, if the claims made by scientists are true, then this issue should essentially come before all others, because it threatens the survival of the species. Supposedly, liberals believe the claims made by scientists, yet they do not treat this as an issue that comes before all others. Why didn’t Hillary Clinton respond to every single debate question by insisting on talking about climate change? Surely she affirms the scientific consensus. Yet the scientific consensus implies that this is the number one issue. But it wasn’t Clinton’s.

I have a suspicion that the failure to act as if the scientific consensus is actually true fuels doubts that it is true. “Rising sea levels” is not something we actually take seriously, it’s just something we say. After all, if liberals really took it seriously, it would be at the top of the New York Times every day. They’d never shut up about it. It isn’t the top story, though. The top story is usually something Trump did.

Imagine scientists discovered an asteroid hurtling toward earth. And they tried to warn people that unless urgent action was taken to blow up the asteroid, everyone would perish. But “asteroid denialism” set in. Blowing up the asteroid would require raising taxes and would disrupt the orderly operations of capitalism. Republicans would insist that the entire asteroid idea was a scheme cooked up by elitist liberal eggheads designed to scare Middle America into voting Democratic and bringing about a feminist Marxist dictatorship. But honestly, if the people voicing concerns about the asteroid were penning occasional op-eds, rather than constantly doing everything they could to persuade people to believe in the asteroid, I wouldn’t be sure that they really believed there was an asteroid at all. If they spent their time going to conferences and eating brunch, I would think that perhaps the Republicans were right. After all, people who think an asteroid will kill us all unless people are persuaded to stop it do not sit around eating brunch. After all, it’s a fucking deadly asteroid.

The situation with climate change is much like the asteroid. Every good progressive affirms on an intellectual level that climate change is not just a problem, but the problem. Yet if it’s really true that unless we act in the next few years, a series of very bad things will happen that may take many many, lives, nobody should be acting the way many contemporary progressives act. Certainly nobody should be watching Netflix. Unless you convince people that they are about to suffer terribly, then climate change will not prevent them from voting for a denialist like Donald Trump. So you’d better be out convincing people…

Climate change also raises some very important issues about what constitutes a “rationally” held belief. Weirdly enough, I think most people on the left believe in climate change for irrational reasons. They believe in it because scientists say it matters, or because The New Yorker says that scientists say it matters. But they haven’t actually spent months carefully combing through the arguments made by skeptics, and figuring out what the flaws are. They haven’t actually buried themselves in mountains of climate data in order to verify to their satisfaction that the scientific findings are sound. In fact, it may be impossible for non-scientists to hold scientific beliefs “rationally.” We have to trust that science is a rational process and that we are being told the truth.

That’s a paradox of (good-faith) skepticism: by refusing to accept the claims of scientists on a trust basis, skeptics are demonstrating a kind of rationality. I am a “skeptic” of a certain kind, in that I am very uncomfortable defending a “scientific consensus” that I cannot prove myself. If someone approached me with a series of pseudo-scientific arguments supposedly proving that climate change was not occurring, I would not know how to prove that it was. I couldn’t suddenly become an amateur climate scientist and defend the position rationally. I have to defend it with an appeal to authority, namely the authority of scientists.

This point about knowledge is important, because it means that ordinary people who are skeptical of climate change should not be treated as irrational and backward. In fact, it is perfectly healthy to be skeptical of the authority of experts. We can say that if I am not an expert in a field, I should not doubt the claims of those who are. But that position doesn’t hold. After all, I am not an expert in Scientology or alchemy. Should I trust the claims of Scientologists or alchemists? From the inside of a scientific field, the difference between fraud and reason might be obvious. But from the outside, for people who are not trained scientists, the difference is not obvious. It’s very difficult, when I am not an expert, for me to decide whom to trust among two people claiming to be experts. A Princeton physicist tells me that global warming isn’t real. The Intergovernmental Panel on Climate Change says otherwise. An oil executive tells me yet another thing. All of these people know more than I do about energy and the environment. Sorting out whom to trust is therefore hard. It’s easy if you already know how to do it. But most of us don’t know how to do it.

Yes, when 99% of scientists believe something, it’s probably wise to believe it. But recognize that unless you teach people the underlying scientific facts, this is still asking them to believe based on faith. “Scientific consensuses are true” is a statement that can be believed for either rational or irrational reasons depending on whether you’ve worked it out for yourself or believe it for the same reason you might believe “what the Koran says is true.”

Those concerned about climate change are therefore asking people to indulge in an act of faith: to believe, without understanding the underlying science very well, that the scientific prediction of an asteroid-type disaster is true. This is a major ask. It requires people to make a large amount of sacrifice for something that they are taking based on trust, trust that experts would never mislead them and are not deluded. It’s no wonder people prefer the comforting denials of a Trump, the insistence that experts are full of it and that everything will be fine.

I must admit, I don’t trust experts much myself. I think they’re frequently arrogant and self-delusional. I also don’t know anything about climate science, and I don’t have time to learn. In this respect, I am like most people. The question here is how, if most people are like this, they can be moved to support the necessary serious political action on climate change. The answer, I think, is that they need reasons why expertise can be trusted. They need experts to be trying to persuade them, rather than just dismissing skepticism as ignorance. They need experts to act as if their prophecies are true, rather than going on with their quiet and comfortable lives in coastal enclaves. A crucial lesson for Trump-era progressives is this: it’s not enough to be right. You have to persuade people you’re right.

Here in Massachusetts, I think a large swath of my neighbors affirm that climate change is the number one threat facing humanity. And yet they have never done so much as bring it up with me in conversation. If this really were a problem of asteroid-magnitude, don’t you think we’d at least be mentioning it with some regularity? If we think it’s going to happen, shouldn’t we speak about it?

If the science is right, we may be in the last few years where it is possible to do anything to stall the effects of emissions on the planet. That means it’s a moment of extraordinary urgency. For every single progressive who believes that this is in fact true, it needs to be treated as the crisis it ostensibly is. Otherwise, why should anyone take the leap of faith required to produce serious action? A vast political movement needs to be built if there is any chance of reversing existing trends. Doing so is going to require more than just having the facts. It’s going to require figuring out what it takes to get people to truly believe the facts, and then behave as if those facts are true.