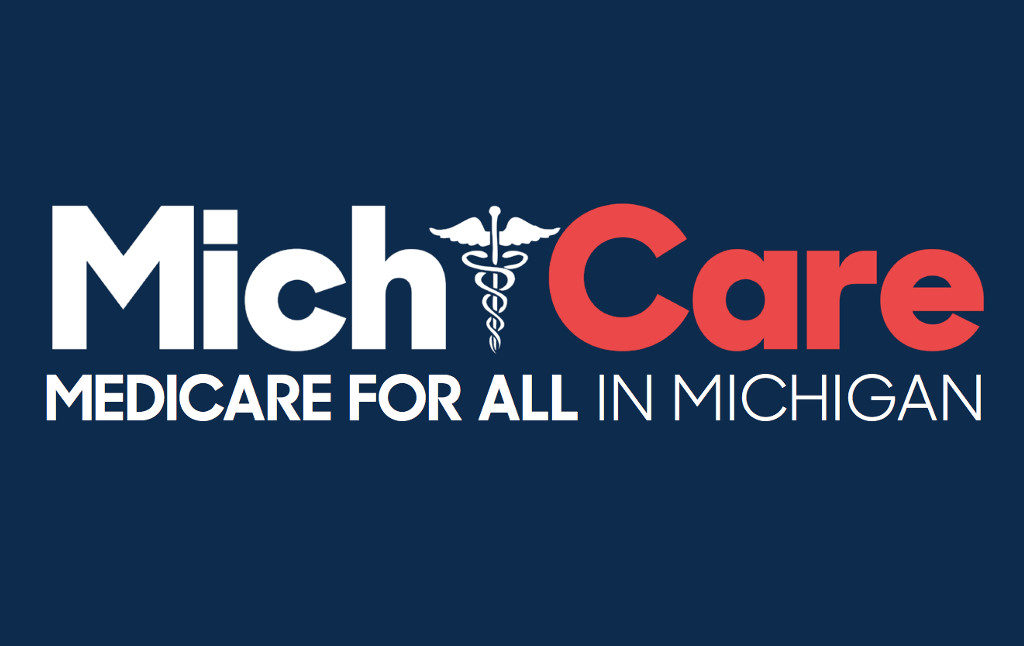 I’ve written before about Abdul El-Sayed, the exciting progressive candidate in Michigan’s Democratic gubernatorial primary. When I first heard about El-Sayed, I wasn’t sure what to make of him: He has impeccable credentials as a physician and educator, but limited experience in politics. But I admired his combination of unapologetically left political positions with pragmatic policy proposals, which seems like an effective and promising model. Now, El-Sayed has released his plan for a full single-payer healthcare program in Michigan. And it’s incredible.

Just have a look at the 25-page proposal El-Sayed has released for “MichCare,” a plan to implement a “Medicare for All” program for the state of Michigan. It’s bold and brilliant: First, El-Sayed draws on his personal experience as a doctor and healthcare researcher to show that Michigan’s health outcomes lag behind both the rest of the United States and the other industrial countries, with 600,000 people in the state lacking adequate medical coverage and insurance costs rising significantly every year. Then, El-Sayed lays out a clear and comprehensible solution: MichCare.

The MichCare policy document is something of a masterpiece. Not only does it make state-level single-payer seem like it isn’t a “left-wing pipe dream,” it convincingly argues that it’s both feasible and essential. And it combines scholarly rigor (every contestable assertion has an endnote with an academic source) with clear, accessible language that helps voters understand exactly what’s being proposed, how it would be implemented, and what it would do for them. El-Sayed carefully compares MichCare to the existing system of healthcare delivery, showing precisely how people’s costs would be reduced. 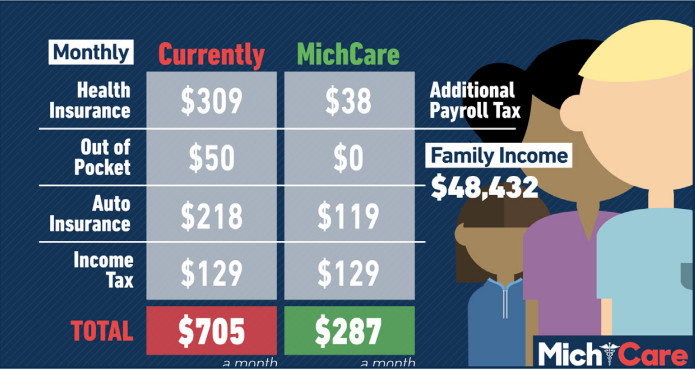 He goes through various types of income levels and family structures, showing how much each category would stand to save on insurance costs. And he explains exactly how it’s going to be paid for. He’s even worked out how to use his position in the governor’s office to get the program passed and implemented:

A Governor’s Office for Healthcare Transformation will be established on the first day of the ElSayed administration to start working immediately to make MichCare a reality. The initial priorities for the office will include working with legislators to introduce a MichCare bill, engaging stakeholders across the state, applying for federal waivers, and developing financing plans that are fully compliant with state and federal laws. Like other government health plans and private insurance plans, MichCare must determine and update the specifics of reimbursement rates to providers, create pharmaceutical formularies, and determine specific benefits covered by the plan. These tasks will be implemented by an appointed MichCare Board consisting of Michigan state officials, healthcare professionals, academics, and health system experts. The MichCare agency and its leadership team will be housed in the Michigan Department of Health and Human Services and will be responsible for administering the MichCare insurance plan and processing claims for MichCare enrollees.

I didn’t select the most inspiring quote from the proposal. Far from it. But I think this shows clearly what I love about El-Sayed’s plan: He’s done his homework. He’s thought it through. He has answers to every question people might have. As you read it, you begin not only to believe single-payer in Michigan is a good idea, but to wonder why it wasn’t implemented long ago, and conclude the state needs it right away. And because he’s sorted out everything from the budget to the coverage to the logo, it almost seems as if MichCare does exist. That’s why I call this proposal incredible: Not only has El-Sayed worked out the full details of a pragmatic single-payer program, but he’s presented it in a way that challenges anyone to make the argument that it’s a “fantasy” that will “never, ever happen.” If you think that the left doesn’t know how to make its proposals actually work, meet Dr. Abdul El-Sayed, public health scholar and former director of the Detroit Health Department. He can tell you exactly how it will work, and answer every question from “Where will you get the money?” to “How will this interact with the provisions of the Employee Retirement Income Security Act of 1974 (ERISA)?”

There are a few other noteworthy features of the plan. First, El-Sayed shows how it connects to the opioid crisis and rising suicide rates, explaining how everything fits together as part of a comprehensive plan to tackle the state’s most serious social problems. Second, he makes everything about Michigan. He shows that he knows the state frontwards and backward, and adapts his plan to serve the unique needs of his particular constituency. I think that’s crucial for progressive politics: We can’t talk in general terms about abstract people, we have to show that we know about the particular lives that individuals live, and have answers for their lives rather than just “humankind as a whole.” Running through the document is a deep understanding of (and clear love for) the people of Michigan. Third, El-Sayed doesn’t evade the hard questions. He knows that single-payer requires raising revenue through taxes, and he says it, but he finds every way he can to show clearly that the benefits people would receive through reduced premiums and deductibles would far outweigh the increased taxes. The MichCare plan feels honest, like it’s never hiding the ball or ducking a tough criticism.

The MichCare plan does something we need more of, in every one of the 50 states: It simultaneously inspires people to believe in bold changes and makes you think those changes can actually be accomplished and are more than just words:

Critics say that single-payer plans are unrealistic. As a doctor, former public health professor, and former health commissioner, I can assure you that they’re wrong. Every single high-income society in the world except for ours has been able to secure the benefits of universal healthcare for their communities, and now a majority of Americans are in favor of a single-payer health system.

The MichCare plan alone should be enough to convince every voter in the state to elect El-Sayed, though there are plenty of other impressive concrete policies in his comprehensive 45-page Urban Agenda. I’d say the most effective political action any Michigan progressive could take in the next month is to throw themselves fully into trying to get El-Sayed to win the August 7th primary. Unfortunately, he faces formidable odds: The state Democratic establishment is, of course, throwing everything it can at him, there is predictable bigoted nonsense about his Muslim faith, and coverage of El-Sayed’s platform from prominent state media has been grudging. (Predictably, a lot of the attention to El-Sayed has focused on whether a Muslim can win Michigan, without the slightest interest in his extraordinary plan to give everybody in the state access to significantly better healthcare.) The MichCare plan has received almost no coverage, either in the state or nationally, and the only article I could find about it was a short piece in the small-circulation Mining Journal. (Frankly, I wish progressives were talking more about El-Sayed generally, because electing him governor could be an incredible boost for Sanders left, and I’ve been told by Michigan friends that he’s having problems with name recognition.)

Worse for El-Sayed, a noxious Trump-like businessman, Shri Thanedar, has entered into the race, claiming to be the “most progressive” candidate despite having only recently concluded that he was, in fact, a Democrat and not a Republican. Thanedar is a transparent opportunist, and when asked about single-payer healthcare didn’t even seem to understand how it worked, let alone have an actual serious plan to implement it. But he claims to love Bernie Sanders, and is sowing a great deal of confusion in the race (thanks in part to his great deal of cash).

The people of Michigan will be missing an extraordinary opportunity if Abdul El-Sayed doesn’t win the Democratic primary this month. I haven’t seen anything quite like MichCare being proposed by any other Democrat. It’s smart, it’s gutsy, and it’s practical. We need an Abdul El-Sayed in every state in the country.