Progressivism As A Brand 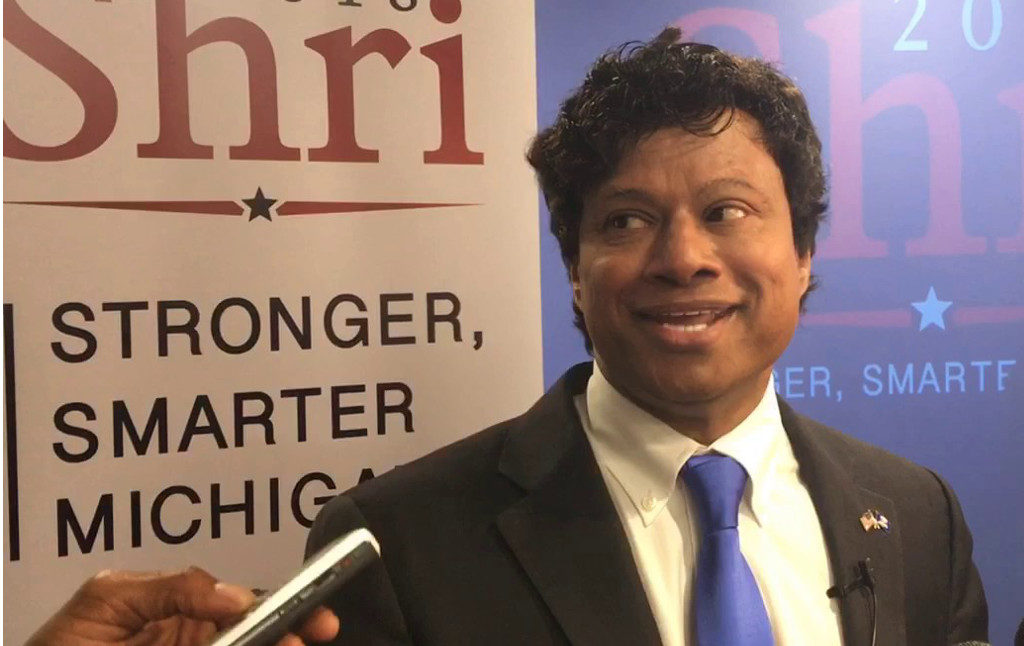 How can you tell if a political candidate is sincere and will actually fight for your values? Anyone running for office is going to make promises, but the difficulty is in figuring out which individuals, if any, do mean what they say and which ones simply “figure out which way the political winds are blowing” and pander accordingly. The latter type are dangerous, because while their lack of convictions may mean you can sometimes pressure them into doing the right thing for purely self-interested reasons, they will also sell you out the moment it is politically advantageous.

As the Democrats try to retake Congress this year and the presidency in 2020, this distinction will be important in choosing nominees. The Bernie Sanders campaign has successfully “dragged the party to the left,” and previously fringe policies like single-payer healthcare and universal free college are now being embraced by mainstream Democrats. But while some Democrats have undoubtedly come to understand why single-payer could make people’s lives better, plenty of others will simply have taken note of the fact that Sanders is the most popular politician in the country and adjusted their Very Strongly Held Personal Beliefs accordingly. And while that might still be good news for the left, ultimately you still need people to hold office who are serious about following through on their promises and will be willing to expend personal political capital for the sake of the public good.

In other words, the Democratic Party needs to stay far away from candidates like Shri Thanedar. Thanedar is a leading contender in the race for Michigan governor who has compared himself with Bernie Sanders and brags in advertisements about being the “most progressive Democrat” in the race. His campaign materials criticize the “very wealthy” for hoarding too much of the nation’s income, and he has embraced the fight for a $15 minimum wage.

And yet, as Zaid Jilani recently reported in The Intercept, there is good reason to conclude that Thanedar doesn’t believe a single word he says. Before he announced his run, Thanedar, the multimillionaire CEO of a chemical analysis company, told a team of political consultants that he “didn’t care” whether he ran as a Republican or Democrat, and wanted to join “whichever side [the consultants] thought he had the best chance to win on.” When the consultants asked him what issues he planned to emphasize, he became “very cagey” about what his positions were, telling one set of consultants he was pro-life and another set that he was pro-choice. He also “repeatedly expressed” a “disdain for progressives… and Bernie Sanders in particular.”

Jilani’s report quotes multiple sources confirming that Thanedar was trying to figure out whether he should be a Republican or Democrat. Ultimately he settled on being a populist Democrat, not a bad choice strategically since he’s correct to judge that Sanders’ message resonates with the people of Michigan. And as a result, with the help of a few million dollars in self-funded TV ads, he is “now the most recognizable name in the Democratic field” and a serious contender for the nomination.

Not only does Thanedar appear to have adopted his platform entirely out of opportunism, but he is exactly the kind of grotesquely profligate wealthy person who so epitomizes our present age of inequality. According to the Detroit News:

[Thanedar] once gave a St. Louis television station a tour of his mansion on three acres in suburban Ladue, highlighting its seven fireplaces, a pool with seven fountains, a theater stage with a green-room area for artists, a 160-inch projection television, sauna, steam room and more. “We plan it to be a party kind of house,” he said in the segment that was on YouTube until late March, pointing out his personal bar had two refrigerators, a dishwasher, ice maker and trash compactor. He also had a Ferrari and a Rolls-Royce…

Here we have a curious consequence of the rise of left populism: a fabulously wealthy CEO insisting he extremely concerned about inequality. He’s not the only one of course: in Illinois, the Democrats have made J.B. Pritzker their gubernatorial nominee. Pritzker is a billionaire who demands the wealthy pay their fair share of taxes while taking advantage of tax loopholes himself.  He also somehow has the audacity to campaign on “protect[ing] collective bargaining rights” because “unions are key to building a strong middle class,” while his fortune comes from the Hyatt Hotel chain, which has a long history of battling against efforts to improve the conditions of its workforce, even to the point of turning heat lamps on picketing workers.  Last year federal arbiters issued a cease-and-desist order against Hyatt’s flagship hotel after it was found to have engaged in a “cumulative pattern” of contract violations.

Democrats probably could not have found a better symbol of their party’s hypocrisy than J.B. Pritzker, or a worse person to champion labor unions and the interests of the American worker. (Pritzker is also the least sympathetic type of rich person, because the bulk of his fortune exists purely thanks to inheritance. Nobody can reasonably claim that he “deserves” to make thousands of times what the people who clean the beds in his hotels make, and he is a living refutation of the idea that rich people earn what they have through hard work and sacrifice.) It’s important to remember not only that the possession of vast amounts of wealth is obscene and immoral in and of itself, but also that the Hyatt hotel’s fights with the workers are a matter of choice. Nothing prevents J.B. Pritzker from distributing his shares in Hyatt to the housekeepers of Hyatt hotels. Pritzker may not single-handedly control the chain, but he could have been out on the picket lines with the Hyatt 100 housekeepers after they were fired and replaced with lower-paid temp workers. That was never going to happen, obviously.

Of course, the reason that Thanedar is leading in some polls, and that Pritzker is the nominee for Illinois governor, has nothing to do with the quality of their ideas or their level of qualification. Pritzker has never done anything that could make one think he should govern a state, and Thanedar seems not only decadent but possibly unethical, having refused to notify the FDA that the questionable herbal supplement his lab was analyzing was illegally spiked with Viagra. (The herbal enhancement product in question, which came with a disturbing label that appeared to celebrate rape, was later condemned by the FDA, no thanks to Thanedar.) These men have promising political careers solely because they are very rich, and can afford to flood the airwaves with ads. Both men are pouring millions of dollars into their campaigns, and while spending large amounts of money doesn’t guarantee political success, it sure helps, and our disastrous system of campaign financing means nobody can possibly hope to spread their message as widely as these men can.

As I say, people on the left need to be wary of politicians who have recently discovered populism just in time for their campaigns. As candidates become convinced inequality is the “hot” issue, we’ll see a lot of this Potemkin leftism. But much of it will not be much different from Donald Trump’s empty rhetoric about “draining the swamp.” In 2020, every likely candidate (except perhaps Joe Biden) will make progressive noises, but what matters is which candidate can actually be trusted to carry out a progressive agenda. Some will be like Andrew Cuomo, who suddenly decided he was all for Bernie Sanders’ revolution, but who intentionally helps Republicans maintain power in state government because it serves him politically. Such people will only ever produce watered-down and marginal changes in the status quo, because their heart isn’t in the fight, and ultimately they’re not actually interested in altering the status quo.

In Michigan at least, there’s an actual Sanders progressive in the race, Abdul El-Sayed,  who has an excellent set of policy proposals and seems to be a Democrat for reasons other than convenience. But Illinois voters are stuck with Pritzker, and my guess is that we will see more efforts by wealthy people to use their wealth to propagandize about how much they lament wealth inequality. (Recall that the people at Davos are now very seriously interested in addressing inequality.) But people who care about progressive goals must make sure progressivism represents a set of values rather than an expedient but meaningless brand.