A Bit More Magic Disappears From The Universe 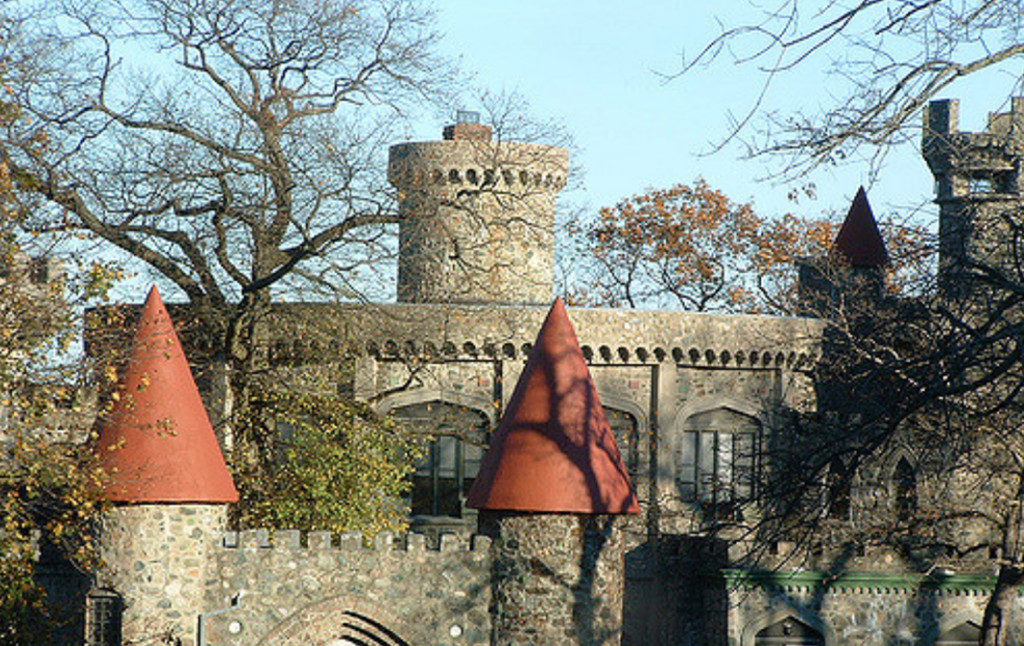 When we destroy weird, inefficient things, we take wonder and mystery out of the world…

During my sophomore year of college, I lived in a leaky old castle. It was a wonderful place, built by an eccentric during the 1920s, acquired by Brandeis University a few decades later, and turned from a veterinary school into an undergraduate dormitory. Hardly anything in its design made rational sense: there were staircases to nowhere, secret rooms, underground tunnels, and mysterious locked doors. There was hardly a straight wall in the place. My shared room was shaped like a pie-slice with a curved wall that made furniture placement impossibly awkward.

A few floors up, behind a small door that the university tried to keep padlocked (but which mysteriously kept getting broken into, by people whose identities I insist I have no knowledge of), there was a ladder ascending about 20 feet into a dark, cramped space. If you went up the ladder, and squeezed yourself into the space, and fumbled around for a bit, you would eventually find a second ladder. If you went up that ladder, you would reach an even smaller door than the first. Nobody even tried to keep the second door locked, and when you went through it you would find yourself outdoors, in a circular area about thirty feet in diameter, surrounded by crenellated walls about six feet high. This was the turret. You couldn’t see over the walls, but about four feet up there was a lip, and when you climbed onto the lip you could look out and get the best view of Boston available anywhere on campus. Once you were on the lip, the wall was quite low, and the drop was about sixty feet, so the experience could be somewhat terrifying. I spent many evenings with friends up on that turret. Some of them would sit on the embrasures and dangle their legs out, which I thought was insane. I did watch sunsets there, though, and sit looking at the stars.

That turret was only one of the castle’s many romantic features. You could prowl around it for a year, as I did, and never fully know what it contained. It wasn’t a beautiful place, and it was falling apart somewhat. But it was a place like no other.

A few years ago, the university announced that the upkeep on the castle was too expensive and it was not cost-effective to continue to house students there. The administration intended to demolish about 70% of the building, in order to make way for a new dorm that would more efficiently use the space. A small piece would be kept for its historic value, but the rest was to be flattened. A minor fuss was made about this plan, but ultimately most of the castle was demolished, and a new dorm is being erected in its place.

Here is that new dorm:

I don’t want to get into architectural criticism here; I am aware that people today don’t share my distaste for asymmetrical glass boxes. But I think it’s difficult to dispute that the experience of living in a weird old castle and the experience of living in this new building are very different. The students who move into this residence hall will have bright airy spaces and a clean, well-maintained building. But they won’t have the mystery and delight that comes from exploring a castle at midnight with friends. And they won’t have “a place like no other”; living in this dorm will be pretty much like living in any other dorm.

What I want to point out here is not that these types of buildings are bad, but that something important is lost in the transition, something that frequently isn’t appreciated. I had no actual opposition to the demolition of the castle itself. My problem was that at no point did anyone seriously consider building another castle. The administration said they were emphasizing “aesthetics and eco-friendly features,” aesthetics meaning more open spaces and large windows. (One spokesman “pointed to the slanted hallways as visually interesting.”) But nobody would ever seriously propose introducing a secret room or a turret or an underground tunnel or  a portcullis for its own sake. These features simply wouldn’t make sense. They would be irrational. And you’d never get anything precarious, a low wall atop a turret that people might plummet from. The students in the new building will have a nice view, but they are all safely encased in glass.

This transition is a good example of why I have said that efficiency necessarily wages war on romanticism. Brandeis’s administrators were right: it didn’t make any economic sense to pour money into a dilapidated old castle, rather than demolish most of it and keep a small piece of it as a decoration. They made the only rational choice. But the logic of rational choices inevitably devours those things that cannot economically justify themselves. And those of us whose most treasured experiences result from inefficient and romantic things are destined to see the things we love most in the world disappear one by one.

One reason I live in New Orleans is that it’s one of the only places in the United States where I don’t have to worry too much about the efficiency/romanticism trade-off, thanks to a fortuitous situation: here, our weird old traditions and buildings are the basis of our economy, because they’re why people come to the city. Refurbishing old French Quarter buildings is so prohibitively expensive that I’m sure a lot of them would just be flattened and replaced with glass boxes if they were in any other city. But here, while a lot of people do fight to preserve buildings for romantic reasons, the city also has economically self-interested reasons for maintaining its look and feel. The “efficiency” calculus is altered by the fact that nostalgia actually sells here.

I know I’m not supposed to like old things, because nostalgia is phony and imitative and we need to create new culture rather than just replicating the past. If you built a castle on campus today, people would mock it as a “Disney castle” and think it was tacky. (Although it’s not clear how building a castle in the 1920s made any more sense than building one in 2018.) You simply can’t go back, you have to go forward, and that means accepting a kind of utilitarian logic in which there is no ornamentation, nothing unnecessary, and all space is used efficiently. It’s a world that makes perfect sense, it’s the only rational world to build. And yet it bores me to tears.

I do wish we could figure out a way that experiences like “finding a secret trapdoor,” and design features that are there to be intriguing rather than useful, could continue to be a valued part of the world. Things are worse if going to college just means going from your dorm to your classroom and back, without having anything cool or forbidden or slightly dangerous to explore. I want it to be possible to build new castles, because at the moment it doesn’t seem like that could ever happen, which is strange, because we are supposedly more capable of variety and experimentation than ever before.

Say what you want about religion; it does allow people to devote incredible amounts of resources to “useless” things like cathedrals. I only wish there were some way of ensuring Universal Access to Adventure and Mystery in the same way we should ensure Universal Access to Education and Healthcare. These seem, to me, to be indispensable parts of human life, and I worry that people who have never experienced the thrill of ascending a hidden ladder onto a rooftop turret won’t understand why a life without it is so much more impoverished.