Even When It Doesn’t Save Money 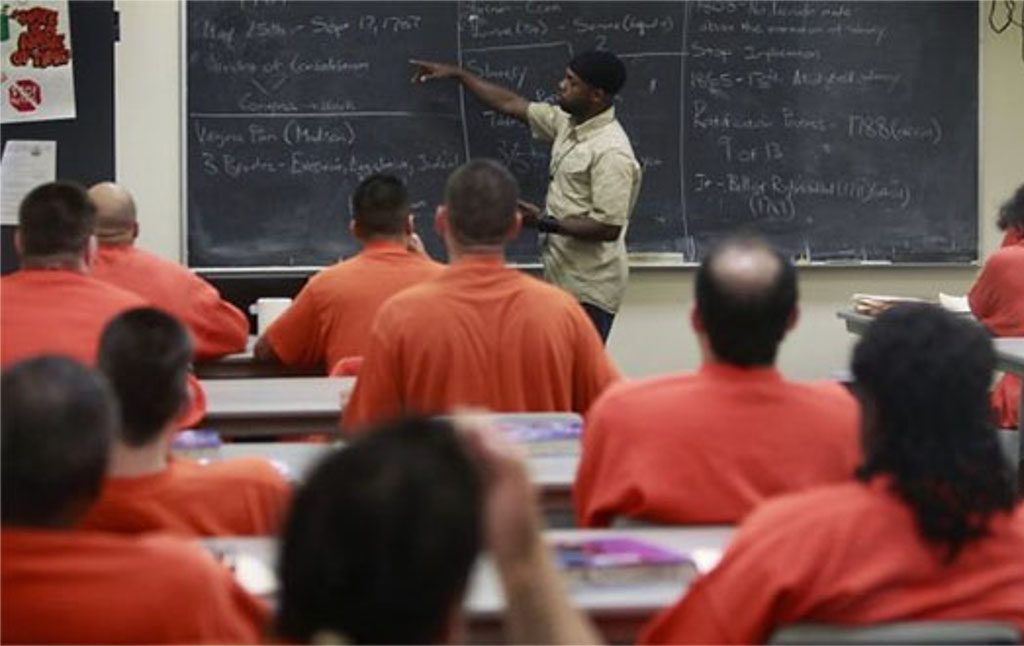 Don’t use other people’s values and logic, use your own.

It is frequently tempting to justify policies by pointing to the money that will be saved by implementing them. This is a mistake. Or rather, it’s dangerous. Because if you suggest that the reason to do something morally good is that it saves people money, then you’re stuck if it turns out that this morally good thing actually doesn’t save people money, or turns out to cost quite a bit of money.

Cost-saving arguments are frequently made by people on the left in order to defend their policy preferences. Giving prisoners college degrees, for example, is good because it ends up saving the state money in the long run by reducing rates of reoffending. The death penalty is bad because it’s extremely costly to actually implement, given the complex legal procedures necessary in order to successfully execute someone. Drug-testing welfare applicants is bad because it costs a lot of money without yielding many results.

Each of these arguments has something in common: they support a left-wing policy position, without requiring a left-wing set of moral preferences. They try to show conservatives that one doesn’t need to be on the left in order to support educating prisoners, ending the death penalty, and declining to give drug tests to welfare applicants. It’s enough just to care about saving money. And everyone wants to save money!

But by making these kinds of arguments, people on the left both come across as dishonest and stake their claims on highly risky propositions. There’s something dishonest here because the real reasons why many people on the left support these things have nothing whatsoever to do with cost-saving. They don’t like the death penalty because they find it barbaric, they think prisoners should have access to education because they believe everyone deserves an opportunity to better themselves, and they don’t like drug-testing welfare applicants because they think it’s intrusive and demeaning.

How can one be certain that it’s not really “cost-saving” that motivates these positions? Well, because if it turned out that the policy in question didn’t save money, or there was a way to save even more money by doing the opposite, many people advancing these arguments would become somewhat uncomfortable. The easiest response to the cost-saving argument against the death penalty is that the death penalty would become much cheaper if we just took people behind the courthouse and shot them immediately after they were found guilty. And what if we find an incredibly cheap, yet even more invasive, way of drug testing welfare applicants? Would an opponent’s position waver even slightly? The truth is that most leftist positions are motivated by moral instincts, and everyone knows it. It’s convenient that educating prisoners or ending the death penalty might be good for the government’s coffers, but it’s certainly not why we care about those things.

You’re also doing something very risky when you make a big deal out of cost-saving arguments: you’re depending on the facts to always back you up. The moment the economics change, the argument that was in your favor is now just as powerful a reason not to listen to you. As Current Affairs has previously noted, many pragmatic cases for liberal immigration policy are of this sort. People will say that immigrants grow the economy, or they put more into the system than they take out, or they don’t decrease native-born employment. But if the facts change, and someday immigrants do take out more than they put in, would the advocates of liberal immigration policy thereby change their minds? Many of them wouldn’t, because immigration is actually a moral issue (people should be free to move about the world, especially when a land of prosperity has more than enough to go around) rather than a matter of pure economic self-interest.

The fact that these arguments are premised on appeals to self-interest is another reason why leftists should be careful about them. If we say that people should help prisoners because it is in their self-interest to do so, we are telling them that the reason they should care about prisoners has little to do with empathy and altruism. But that means that we’re affirming the legitimacy of selfishness and callousness, instead of grounding our appeals in the moral imperatives that come with being human. The fact is that many of the things we believe in aren’t going to be cost-savers. In fact, they’re going to be very expensive. It’s extremely costly, for example, to provide prisoners with good healthcare. If we want to follow the cost-saving criterion, we should just let prisoners die when they get sick. But that’s abhorrent. And it’s abhorrent because it shows a lack of willingness to sacrifice anything in order to ensure all people have the basics of life guaranteed to them.

The same type of problem plagues progressive arguments about economic inequality. Opponents of inequality frequently suggest that inequality is not just bad for those at the bottom. In fact, it’s bad for everyone, including those who seem to benefit. Robert Frank suggests that people at the top are forced into a status competition that even they don’t get anything out of, while others have reported that health, happiness, and trust in a society can be worsened by high levels of inequality. The Washington Center for Equitable Growth (WCEG), an anti-inequality think tank, seeks research on the various effects inequality might have on everyone:

How, if at all, does economic inequality affect the development of human capital?… Do different levels or kinds of inequality impact the potential for talent to emerge across the income, earnings, or wealth distributions, and, if so, how? We are interested in proposals that investigate the myriad mechanisms through which economic inequality might work to alter the development of human potential across the generational arc, including children, young workers, prime-age workers, and older Americans.

But note: many progressives are not against inequality because they believe it harms everyone. They are against inequality because they believe it harms the poor, but proof that it harms everyone would be a very convenient way to make a strong case for getting rid of it. After all, if you don’t need people to be altruistic, but just need them to care about themselves, it’s easier for you to persuade the rich that reducing inequality would be a very good thing.

What if inequality isn’t bad for everyone, though? What if it’s fantastic for everybody at the top? What if the only people who are seriously deprived are the huge numbers of people who lose out? Then what? If the case against inequality is that we’re all hurt by it (somewhat counterintuitive, since it seems as if the wealthiest among us probably aren’t hurt at all), then what happens if that case turns out to be shaky? If you’ve carefully avoided the moral appeal, you’ve got very little left. But it may well turn out to be true that some things are going to have to require sacrifice, period. They’re not going to “help the rich as well.” Not everything is win-win, and if you try to frame everything as win-win, you are avoiding making the honest and difficult moral demands upon people that are necessary to build a more just world.

This is not to take a position that the empirical findings showing the harmful effects of inequality are wrong. They may well be right. But it’s clear that the WECG, which is, after all, committed to equitable growth, would very much like it if the research it produced turned out to give reasons why inequality is bad. It’s true that in their call for proposals, the Center doesn’t say that you have to find inequality has harmful effects on human capital. But I am not sure they want to end up producing a pile of research showing that inequality doesn’t have wide-ranging effects. (The instinct to use purely neutral and technocratic arguments, as against explicitly moral ones, can lead you to some strange contortions indeed. The WCEG even has an article explaining how slavery was bad in part because it was bad for the slaveholders, by inhibiting “economic creativity” and innovation. If it had been great for economic creativity, would it have been justified?)

Now, none of this is to say that it doesn’t matter what something costs, or that we shouldn’t consider the effects of a policy on everybody before deciding whether it is a good idea. Instead, I am saying that our values should be presented honestly and frankly, and that we should be clear about just how much our position is actually being influenced by the empirical considerations of cost-saving. If you bury your morals, and talk as if you’re just about the numbers, you’ll quickly be exposed as inconsistent when you have to fudge or bury the numbers on an issue where they conflict with your morality. (For example, people on the left say that racial profiling doesn’t work. But if it did, would it be okay, or would we end up trying to avoid or massage the statistics in order to continue to maintain that it didn’t work? Legal philosopher Ben Eidelson has suggested that the real reason we should be against racial profiling is that it’s a hideous affront to human dignity that singles people out based on a pernicious demographic characteristic.) There is sometimes a tendency among liberals to be cowardly about their own supposed values, and to try to argue based on conservative premises (we’re the real patriots), on the theory that Americans are mostly conservative in their instincts and need things framed accordingly. But Republicans will always make better Republicans than Democrats will, and when you appropriate someone else’s values and disguise your own, you just sound cowardly and vermicular.

As I have argued before, with Democrats losing at nearly every level of government, it’s more important than ever for progressives to develop a clear and persuasive political message. I am skeptical of messages that do not offer an obvious coherent moral worldview. Cost-saving arguments risk muddying the values one is trying to express, because it becomes unclear whether one cares about the conservative principle of small government or the leftist principle of giving people help. And sometimes it’s just going to be true that you can’t have everything, that we are going to have to be asking some people to sacrifice or care about things for reasons other than self-interest. While it’s not impossible to make multiple kinds of arguments in succession, all of which point toward the same end, it’s also important to stick by your values, and tell people why you hold them, instead of pretending that you are just following their own values and their own logic. People just might respond better to some honesty. I don’t like the death penalty because I believe in mercy, even when it’s hard. I don’t like inequality because it’s an obscenity for some people to be billionaires while others can’t pay for their children’s cancer care. And I don’t like drug tests or profiling because they are vicious and spiteful and rob people of their humanity. Saving money is a bonus. But when it’s not why we care about what we care about, it’s not what we should spend our time talking about.