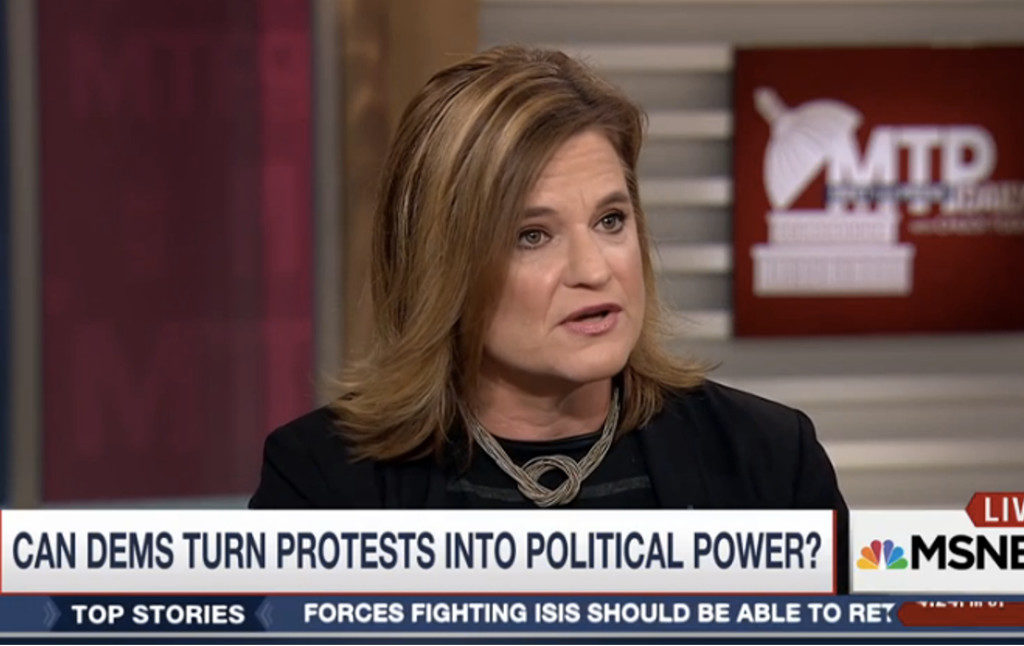 One of the reasons Hillary Clinton lost the 2016 election is that nobody had any idea what she actually wanted to do as president. Everyone knew what Trump wanted: to build the wall, bring back the jobs, and bomb the shit out of ISIS. But it was never clear what Hillary Clinton was actually proposing to do. The messaging from the Clinton campaign was entirely focused on who she was (an experienced and responsible person, rather than an unhinged and bigoted one) rather than any actual plan she had for how to fix the country’s problems.

This really isn’t an exaggeration. You can try it on your friends: ask them what Clinton’s main plans were (no, desperately lifting Bernie Sanders’s free college proposal doesn’t count). See if they can tell you. Even Joe Biden saw it, saying that Clinton never figured out why she was running in the first place, beyond feeling as if it was something she probably ought to do. We hear sometimes about how Clinton had the most progressive platform ever. But nobody can remember what was actually in it.

One serious problem of the Clinton campaign, then, was its failure to craft a clear message. Because Clinton wanted to court both moderate Republicans and Sanders socialists, her public statements frequently ended up saying almost nothing (witness her official comments on the Dakota Access Pipeline, which were rightly mocked as meaningless). An important lesson to learn from Clinton’s loss should be: it’s got to be clear what you stand for. And you have to stand for something, you can’t stand for everything. Furthermore, saying things like “we face complex and intersectional challenges” is not a compelling diagnosis of America’s social ills. It’s empty language, it won’t resonate. (I remember multiple news stories from the campaign in which voters said they literally couldn’t understand the words that Clinton was speaking.)

But Clinton Democrats have not necessarily learned this lesson. Witness what Jennifer Palmieri, Clinton’s former communications director, had to say recently on the subject of what to make of the large anti-Trump protests:

I think that a lot of this energy is not — the base is there, but you are wrong to look at these crowds and think that means everyone wants $15 an hour. Don’t assume that the answer to big crowds is moving policy to the left. I think the answer to the big crowds is engaging as much as you can to be as supportive as you can and understanding — what these people want, they are desperate. It’s all about identity on our side now. They want to show he does not support me. I support you, refugee. I support you, immigrant in my neighborhood. I want to defend you. Women who are rejecting Nordstrom’s and Neiman Marcus are saying this is power for them. Donald Trump doesn’t take me seriously, well, I’m showing you my value and my power, and I think it’s like our own version of identity politics on the left that’s more empowering, and I think that’s we’re — that’s a safer place to be.

There are a few issues to note here. First, if anyone wondered whether Clinton Democrats would have learned that they needed to care more about economic issues, the answer is no. Palmieri, like Nancy Pelosi, does not sense any need to respond to the economic populism that led 13 million voters toward Bernie Sanders in the primary and helped Trump win crucial Rust Belt states. The standard progressive criticism of Clintonian centrism is that it values racial diversity and inclusive gender politics, but it actually doesn’t care about lifting the living standards of working-class people of any race or gender. Palmieri confirms that this impression is no myth; it’s “all about identity” these days, and we shouldn’t assume people want $15 an hour. (Is there actually anyone who doesn’t want $15 an hour?) And “power,” to this contingent of Democrats, is about whether you shop at Neiman Marcus or not. It’s not about, say, power in the workplace.

But there’s a separate important question to ask: what is Palmieri actually talking about here? Look again at the above paragraph. It’s almost totally without meaning. What is “a safer place to be”? What does “it’s all about identity” even imply? Yes, one gets the fact that she’s rejecting calls to adopt more progressive economic policies, and that she thinks doing politics means deciding which expensive department store to shop at. But the most striking thing about the statement is its utter vacuousness. She wants to be supportive and empowering, but we get almost no specifics as to what that entails. (Palmieri also said that voters were “scared” rather than “angry,” a distinction just about as clear and useful as the one between “greatness” and “goodness” in the baffling Clinton slogan “America is great because America is good.”)

Now remember that Palmieri was Clinton’s communications director. That should have meant she was the person most skilled at delivering a clear message. She should at least have been able to speak an intelligible English sentence. But Palmieri’s style is the Clinton style: the words slip through your fingers like sand, and nobody has any idea what is actually being said. (Incidentally this same communications director, when she was once asked whether the Clinton Foundation would return Bill Cosby’s donations, replied: “They, um, but you know, the, uh, the foundation has, uh, it’s, uh, buh, there’s been a lot of donors that, uh, have given, uh, have given money, uh. They, uh, as our friend Paul Begala said, it’s, you know, wealthy people giving money to help poor people. Uh, we think that’s, uh, that’s a positive thing.” Loyalty rather than competence has long been the central criterion by which Clinton staffers are selected.)

Thus, while one important goal for the Democratic Party must be to offer policies that materially benefit the working class, another goal is to find ways of speaking that people actually understand and relate to. You’re not going to sway people towards your message if you don’t really have one, if there’s no clear and coherent vision for what the party means and stands for.

This in itself is a reason why the progressive wing of the party needs to shape its direction, and why the DNC needs a Keith Ellison rather than a Tom Perez. Even if you disagree with what the progressives are offering, they’re actually offering something, something intelligible and cogent. As with Trump, everybody knew what Bernie Sanders stood for: Medicare for all, reining in Wall Street, free college. You can take it or leave it, but at least there’s something to actually take. Centrists don’t have an actual vision, because they form their politics by triangulating between whatever worldviews are on either side of them. That means that they don’t really believe in anything, or at least that their beliefs are not founded on obvious inner moral convictions.

But in order to win people over, you’ve got to actually believe in something. People see through empty rhetoric about empowerment and inclusiveness. They know that politics is about what the government does, and that unless you’re telling them what you plan to do with the government, you’re not actually telling them anything. If Democrats are going to get back into power, they need a simple and morally forceful set of basic values and policy plans.