If Your Party Doesn’t Appeal To Young People, It Will Wither And Die 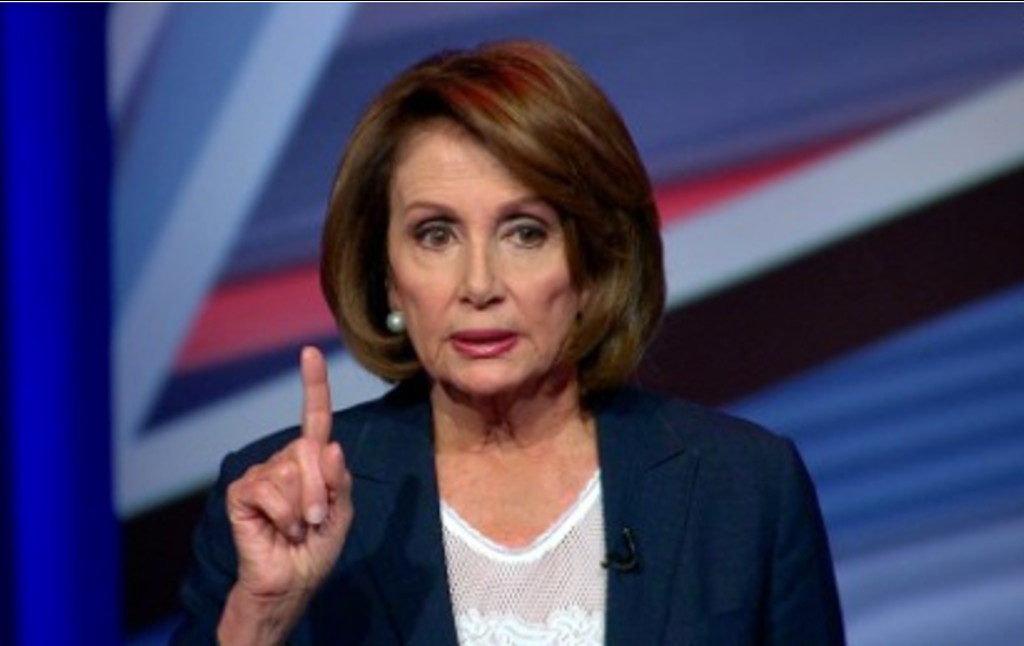 If Democrats fail to address millennials’ economic concerns, they will continue to flounder…

With the Democrats having been resoundingly defeated in the 2016 election, it should be obvious that the party has some serious introspection to do. Party leaders need to (very quickly) figure out how to mobilize the politically disaffected in order to reclaim power, and they particularly need the kind of organizing energy that Barack Obama was able to inspire in 2008. Doing this would giving millennials good reasons to turn up to the polls and support Democratic politicians. Unfortunately, if Nancy Pelosi’s comments at a recent CNN town hall are any suggestion of the attitude among party elites, there are no plans to attempt to engage the concerns of younger voters. This is terrible news for the party’s political fortunes, which are currently somewhat dire.

At the town hall, NYU sophomore Trevor Hill asked Pelosi about the party’s stance on economic issues. Pointing out that millennials were less enthusiastic about capitalism than those in older generations, Hill said: “I wonder if there’s anywhere you feel the Democrats could move farther left to a more populist message.” Hill insisted that he was not trying to get Pelosi to make a “radical statement about capitalism” but merely pointing out that “the younger generation is moving left on economic issues.”

Pelosi’s reply was firm. She chuckled, and declared: “I have to say, we’re capitalist ― and that’s just the way it is.”

It was an alarmingly oblivious response. Pelosi didn’t even suggest that there was room for a “democratic socialist” perspective, of the kind promoted by Bernie Sanders. The party is for capitalists, she said, and that’s that. Pelosi went on to talk about the problem of income inequality and made some remarks suggesting that it was possibly a bad thing and might need perhaps to be somewhat curtailed. But she entirely evaded Hill’s question of whether the party had any intent of moving left on economic issues.

Pelosi’s response was predictable. She is on the record declaring that the Democratic Party does not need a “new direction,” even after losing the House, Senate, and Presidency. Nobody should have expected Nancy Pelosi of all people, who is the very definition of an entrenched Democratic politician, to believe that the party needed a fresh start.

But the response was also deeply troubling, insofar as it suggested that party elites are not especially concerned with courting younger voters. To a majority of millennials, capitalism is a dirty word, and for Pelosi to actually laugh at the prospect of changing the Democrats’ perspective on it shows an ideology deeply out of touch with the way many younger people think. As Hill observed afterwards of Pelosi’s disappointing answer: “She can’t possibly understand where I, or millions of other millennials who are drowning under capitalism, come from… She refused to admit that the Democrats needed to move in a populist direction, which is what so many millions of Americans are crying out for them to do.”

There are perfectly good reasons why young people don’t like capitalism. They’re drowning in debt, they work awful jobs, and many of them have worse economic prospects than their parents. Capitalism, to them, means working for low pay and no hope of advancement. That’s why they flocked to Bernie Sanders. But Pelosi’s message says firmly to Bernie Sanders socialists: you are not wanted in our party. That means writing off a huge number of people. Sanders may not have won in the primary, but he got 13 million votes to Hillary Clinton’s 16 million. Telling populist-leaning Democrats to go screw themselves means alienating extraordinary numbers of people, who are unlikely to show much enthusiasm for a party apparatus that has made it clear it doesn’t care what they think.

The Democrats’ attitude toward young people has been troubling for a while. Age was a key divide between Clinton and Sanders supporters, and during the campaign some of Hillary Clinton’s supporters were astonishingly patronizing toward younger voters. Gloria Steinem suggested that young women were only supporting Bernie Sanders because they were following boys, and Madeleine Albright made the case that those who didn’t support Clinton would roast in hell. The editor of Mother Jones magazine declared that she “hated millennials” for their refusal to embrace Hillary Clinton. Clinton decided to select Tim Kaine as her running mate instead of choosing someone that young people might have been able to muster some shred of excitement about (like, say, Bernie Sanders). Even Matthew Yglesias of Vox noted that the Kaine pick was a deliberate middle finger to Sanders supporters, sending the message: “You get boring, centrist Tim Kaine! What are you going to do — vote for Donald Trump?” (Failing to note that there was another option beyond Clinton or Trump: staying home).

This is actually one reason why it’s so essential that Democrats make Keith Ellison head of the Democratic National Committee. Ellison speaks about engaging young people, about broadening the party’s appeal, about building the grassroots. He prioritizes the economic issues that millennials care about. Tom Perez, on the other hand, is about as exciting as Tim Kaine. The choice between Ellison and Perez is going to say a lot about whether the party is committed to becoming something new, or repeating its mistakes ad nauseum.

The Democrats’ political situation is terrible at the moment. They have lost 900 seats in state legislatures, they continue to hemorrhage governorships even in blue states, and Donald Trump is the President of the United States. Unless Democrats can engage new people and generate enthusiasm, their party will wither and die. Donald Trump ran a populist campaign and won. Bernie Sanders ran a populist campaign and nearly toppled the “inevitable” nominee and ruined what was supposed to be a coronation. It’s very clear that without a different economic message, the party is going to fail to excite those who could be its most effective activists. (Democrats also need the skills that young people bring; remember how good Bernie Sanders’ ad team was?) Nancy Pelosi’s declaration that unless you support capitalism, you are not a Democrat, means that 51% of millennials should want nothing to do with the Democrats. Perhaps she’s comfortable with that. But anyone who cares about building a progressive majority shouldn’t be.