Some Troublesome Questions for Liberals on Borders 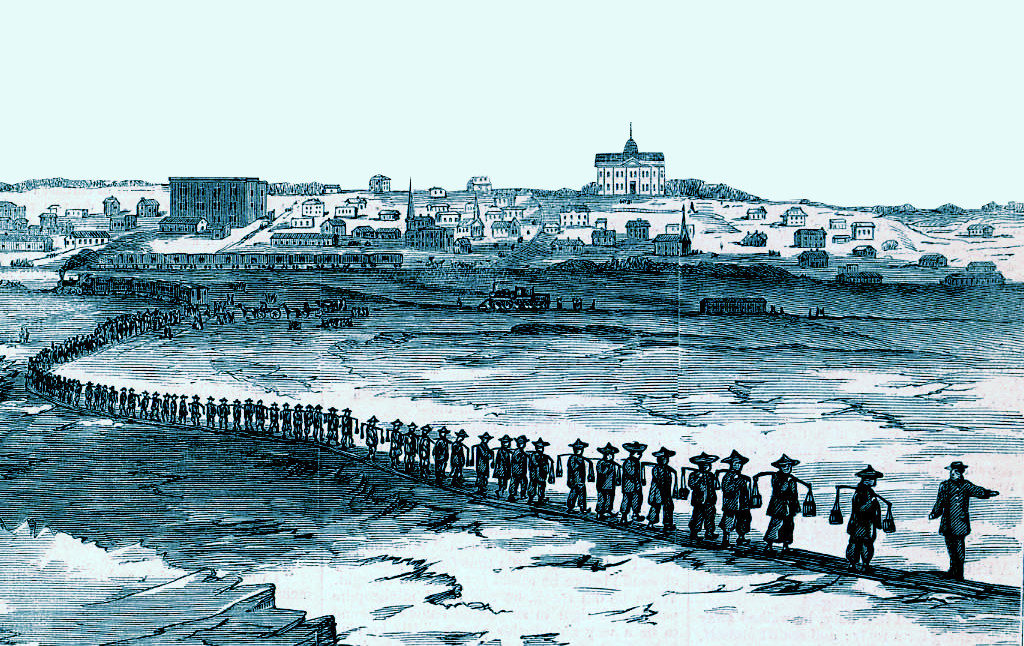 We might want to be careful about arguments like “immigration is good for the economy” and “these are jobs Americans won’t do.”

Broadly speaking, there are two perspectives on open borders: the liberal and the libertarian. They are not totally aligned, but they have certain points in common. On the libertarian side, open borders are mandated because the ability to move about as one chooses is a fundamental exercise of freedom. Movement is permissible because the state has no right to restrict it.

The liberal argument is more complex. Unlike free-market libertarians, liberals believe that governments have an obligation to provide social services to residents. For liberals, the state takes on certain administrative responsibilities when it admits new residents. For libertarians, admitting a new resident is costless to the government, because it is not the job of the state to provide a safety net. Thus, when a liberal says that anyone who wishes to should be allowed to cross the border, they are asking the receiving state to incur a certain level of obligation that libertarian open-borders advocates are not.

As a result, liberal open-borders advocates have felt pressured to justify the expenditures that come with immigration. They often do so by arguing that immigration “grows” the economy, and thus, in effect, pays for itself. By this logic, open borders, or any less restrictive immigration process, will economically benefit both incoming immigrant and currently-resident Americans. It has become commonplace in liberal pro-immigration articles to see many citations to studies showing that immigration is an economic boon, and refuting accusations that immigrants over-collect benefits, commit disproportionate numbers of crimes, and take away jobs from American citizens.

There is no doubt a great deal of truth to these arguments: the available statistics certainly seem to show that there is no truth to widespread public perception that immigrants are more likely to commit crimes and less likely to pay taxes than native-born Americans. It’s important to neutralize bogeyman scare tactics, and to set the facts straight.

However, we might be wary of the philosophical underpinnings of this particular argument. The economic case for immigration may be attractive—and, for the moment at least, persuasive—but it is essentially a conservative argument, suggesting that human beings ought to be treated in a certain manner because it generates economic benefit, and not necessarily because it is morally required. Of course, liberals don’t really want to look a gift horse in the mouth: with the political climate hostile to the humanitarian plight of even the most sympathetic of migrants, liberals are thrilled to have statistics and pie charts and suchlike to lay before a skittish American public. It isn’t every day that the right thing to do is also the rationally self-interested thing to do, and we should certainly celebrate those joyous occasions when they arise. However, it’s important not to lose sight of the moral dimension of the argument, and in that context there are a few questions worth asking.

1. What about immigrants who aren’t potential job creators?

Should borders only be opened for immigrants who are likely to be economically successful? What about people who are too sick to work? Too old to reenter the workforce? What about people suffering from trauma and PTSD, multiplied a thousandfold by culture shock and the incredible intellectual labor of mastering a new language? The economic argument surely doesn’t hold for these vulnerable individuals, but the idea of turning back certain classes of people at the border as “undesirables” should rightly make us feel queasy. Our current system already operates this way; high-skilled workers can get visas far more easily, and business owners who promise to create jobs can get fast-tracked approval. But the people who are most desperately in need of being admitted may often be the people who are the least “productive.” Are those people less deserving of the freedom to move from place to place? If pro-immigration advocates make the argument that immigrants should be admitted because they make excellent workers, they risk endorsing the argument that immigrants who aren’t excellent workers shouldn’t be admitted.

2. Are immigrants really only doing “jobs that Americans don’t want to do”?

Even if immigration grows the economy overall, it’s possible that those benefits come with costs to people who are extremely vulnerable, and already suffering from extreme structural disadvantages. Among certain categories of low-income workers, immigration may well depress wages and increase competition for jobs. It’s not unreasonable to think that sometimes immigrants and native-born workers do in fact compete for the same jobs. That doesn’t create a moral justification for restricting immigration; native-born workers don’t “deserve” jobs more than immigrants. But it means being honest about the fact that immigrants may displace certain workers.

3. If Immigrants are doing jobs that Americans won’t do, why is that?

But perhaps immigrants are mostly only doing jobs that Americans don’t want to do. If that’s the case, though, it is because those jobs are so degrading, dangerous, and poorly-compensated that no legally-resident individual would take them. In those cases, employers are paying so little that the positions can only be filled by someone with no work authorization, in desperate need of money and in constant fear of deportation. If there’s a job that native-born Americans literally will not do, it’s probably a job that shouldn’t exist in the first place. The jobs in question are often unsafe. Workers have no bargaining power, and can easily have their wages stolen by employers. Agricultural work, for example, is one of those jobs that native-born Americans supposedly refuse. But that’s because those who work in fields across the country—including children—work punishing hours, are exposed to dangerous pesticides, and are paid pittances for their hard labor. The construction industry, too, has notoriously lax safety standards on work sites with immigrant laborers. In New York City, the skyscraper construction boom has coincided with a 53% increase in injuries, including dozens of fatalities, mostly among undocumented immigrants. (Companies have found that simply paying the OSHA fines is more cost-effective than improving worker safety.)  Is this something to celebrate? Is is something that can even be tacitly accepted as a necessary premise of an economic system? The “jobs Americans won’t do” line has become a key part of the pro-immigration argument, yet it endorses a situation that runs contrary to basic liberal principles of justice. Don’t we want these jobs to get better? Don’t we want them to be well-paid, secure, and humane? But in that case, they would become the sort of jobs Americans would be perfectly happy to do. Will we then have scuppered a major argument for immigration? Anyone who makes the “jobs Americans won’t do” case is implicitly defending a system of morally reprehensible, exploitative labor.

4. What if immigration fails to grow the economy?

What if, as a result of instituting better worker protections, or simply as a result of a variety of economic and social factors, immigration ceases to have positive economic effects? What if it has no economic effect, or someone can produce statistics showing that it is having a negative effect? Do we, at that point, stop allowing immigration? Do we have a global caste system, in which people can enter the U.S. only to the extent that they generate benefits for Americans who happened to have resided there from an earlier date? Of course, immigration may well be an economic boon. But one can conceive of a situation in which it isn’t (if immigrants were poor and depended heavily on government services, and were unable to find jobs, for instance). If the argument for immigration is an economic one, then pro-immigration activists need to be certain that immigration will never have an economic cost. The left has something to learn from the moral clarity of the libertarian case for immigration, which asserts that human beings simply have a natural right to migrate freely. The moral argument is far more robust than the economic one, because it is true universally regardless of changing economic conditions. One doesn’t need to prove that immigrants grow the GDP or that they will never compete for the same jobs as Americans. The better point is that there is no good moral reason for putting up walls and keeping people out. And just as Americans feel entitled to the freedom to go anywhere in the world they please (and would be surprised to be turned away at a border), so everyone else should be granted the same basic entitlement. It’s also worth emphasizing the inherent arbitrariness of global inequality. Given that the earth’s resources are unevenly apportioned, and people’s life circumstances depend on the geographic accident of their birth, shouldn’t we understand this to be a moral evil, and strive to correct it where we can?  Perhaps such arguments will fail to persuade. But they are far more sound, and ultimately, far more honest. Increased immigration should be allowed because it is morally right, not because it is in our narrow economic self-interest.