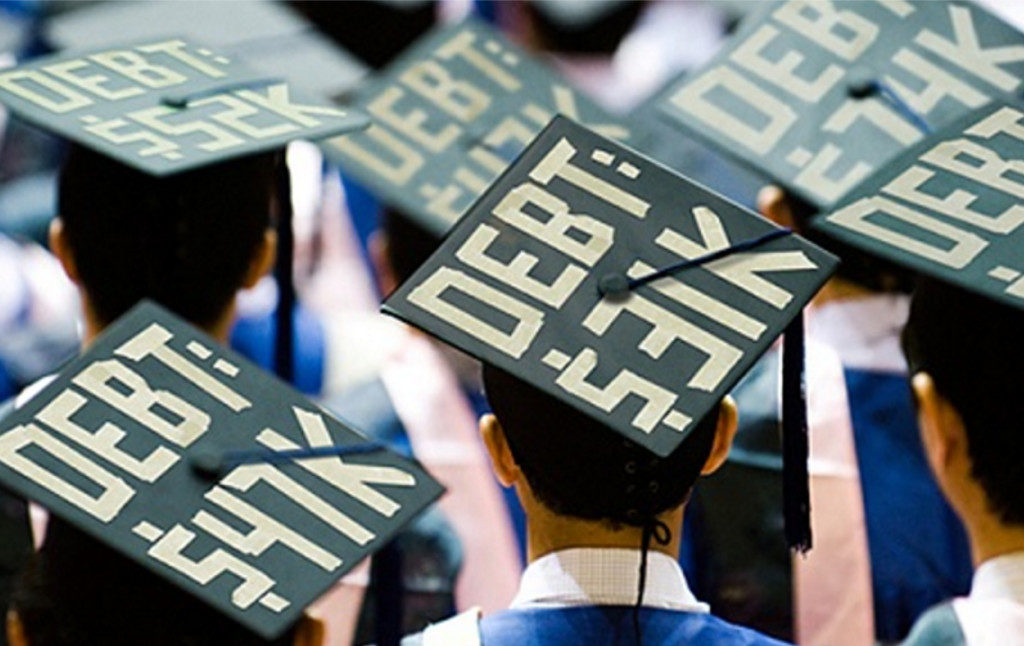 Give people schools instead of vouchers or debt…

Let us imagine a world in which the financing of elementary school attendance operated like the financing of college attendance. Students would not simply be enrolled at their local public elementary school for free. There would still be public and private schools, but both would charge tuition. Some parents would simply be able to pay the tuition, and some students would receive some financial aid. But most of them would instead be given loans from the government, to be repaid with interest from their future income. Starting in kindergarten, you would begin amassing debt. Economists, when asked whether it was a good idea to have students enter the working world with a giant pile of debt hanging over them, would reply that since the expected returns on education exceeded the amount of debt, taking out K-12 loans was a good investment. These economists would not understand why everyone they said this to would respond with an expression of horror.

The existing extreme free-market proposal for K-12 schooling is full privatization and “voucherization,” meaning that instead of having the government directly operate schools, it would give parents a cash grant that they could use to pay the tuition at a private school. If you believe government does things badly and wastefully, and that competition in the private sector is the best way to provide things, your ideal school system is one in which companies and nonprofits compete for voucher money and parents decide which schools “win” the competition.

At the moment, this is how college operates, except it’s one level more extreme. Because we don’t simply give students a “voucher,” i.e., a grant of money. We give them a loan, but sooner or later they’ll have to pay Sallie Mae back. (Or rather, pay Navient back.) We used to give needy students grants that covered most of their college tuition, but the cost of college has increased much faster than the amount of the “voucher.” (The Center on Budget and Policy Priorities says that today’s Pell grants cover “just 29 percent of the average costs of tuition, fees, room, and board at public four-year colleges, its lowest level in more than 40 years and far below the 79 percent it covered in 1975.”) So they have to take out loans from the government.

The Wall Street Journal has a new essay on the roots of this system, arguing that the decision to give students government grants and loans created bad incentives that increased tuition and caused the student debt crisis:

[The Johnson administration’s higher education task force] came down on the side of direct aid to students, essentially endorsing a voucher system—the one that we have today—in which the federal government gives students a combination of loans and grants. Student loans became an entitlement, like Social Security, which students were free to spend at the school of their choice. …

What could go wrong? As it turned out, a lot… The combination of open access to schools and open access to loans turned the higher education market into a version of the Wild West. Schools of all types, banks, nonprofit guarantee agencies and Wall Street investors competed for federal student-loan dollars. In particular, the system gave colleges an incentive to maximize the tuition they extracted from students and the federal taxpayer by boosting fees and enrollment, which meant relaxing admissions standards. The federal government didn’t want to put in place any academic criteria to prevent someone from getting aid. The idea emerged that anyone who wanted to go to college should be able to… The voucher system, combined with a lack of government oversight, created perverse incentives: Colleges could raise money quickly by admitting academically suspect students while suffering little or no consequences if their students dropped out and defaulted on loans. The market was suddenly flooded with cheap money, which led to a surge in the ranks of college-going students. Colleges responded to higher demand by raising prices, leading Congress to increase loan limits and grants.

Today, conservatives look at this situation and see a classic story about “well-intentioned government programs designed to help the poor” meddling in markets and disrupting incentives. We want everyone to be able to go to college, so the government gives and guarantees loans, but that just means schools hoover up the money, tuition skyrockets, and the average student ends up with an average of $37,000 in debt. “Conservative solutions” to this involve the government tightening up on making loans, so that only the people who “should” go to college do go to college.

You could see the student debt crisis as a tale about what happens when government tries to do too much. But I actually think it’s more properly seen as an example of why voucherization is a bad idea. The system we have now for colleges is actually the free market nightmare scenario for K-12 education: a system where instead of just getting to go to free public schools, students have to essentially indenture themselves for decades in order to get a basic education. There may be a temptation for people on the left to respond to the conservative critique of government loans by arguing that loans to the poor didn’t cause higher tuition, or that having guaranteed access to tuition funding for all is a value that shouldn’t be compromised. The first is an empirical matter that I’ll leave to the social scientists, and the second is true, but the more important point is: This kind of “debt voucher” system is the exact one we need to avoid with K-12 education, and in higher education we should just be providing high-quality free public schools for all.

I have previously written (as “L.M. Orbison,” for reasons I am embarrassed to discuss) about my fears on what would happen with a more “free market” K-12 system. For-profit operators (or “non-profits” that farm out their management to for-profit operators) will use whatever shady tricks they can to get access to the pool of public money. As good schools hike tuition, and vouchers don’t cover the full cost, students will take out loans for high school. Or they’ll enter outright indenture contracts, as FedEx Junior High offers free “Vocational” training in exchange for a 10-year contract. (Some conservatives are quite open in saying that they think child labor is a good thing and that education is overrated and kids should go to work.) Republicans, who do not believe that government should pay for your healthcare or pay for food stamps, will realize that school vouchers are just “education stamps” and will see no reason why education should be guaranteed while health and food aren’t. Vouchers will be called an “entitlement’ and will be slowly cut over time.

The last thing we want is for our K-12 system to look like our college system. Instead, we need to be going in the other direction. Free public schools are a good thing. It is not inevitable that they will be run disastrously—I went to an excellent free public school from 3rd to 12th grade. (By the way, these days I have $140,000 in student debt.) There is no reason why all of our public schools can’t be of the same quality that mine was, if we were seriously committed to ensuring quality. The failure of American public schools has nothing to do with the fact that they are public.

Assuming that we buy the conservative argument about how government grants and loans are responsible for tuition increases, what we have shown is that free market models for schooling will not work. Either we won’t give everyone a voucher/loan, in which case some people won’t get to go to school, or we will and it will inflate prices and lead predatory companies to fatten themselves on government money. If we applied this model to elementary school, poor children will soon be getting sent into the Amazon warehouses or down the Bitcoin mines. Universal, free public schooling for all: Accept no substitute.