Turning Down The Money 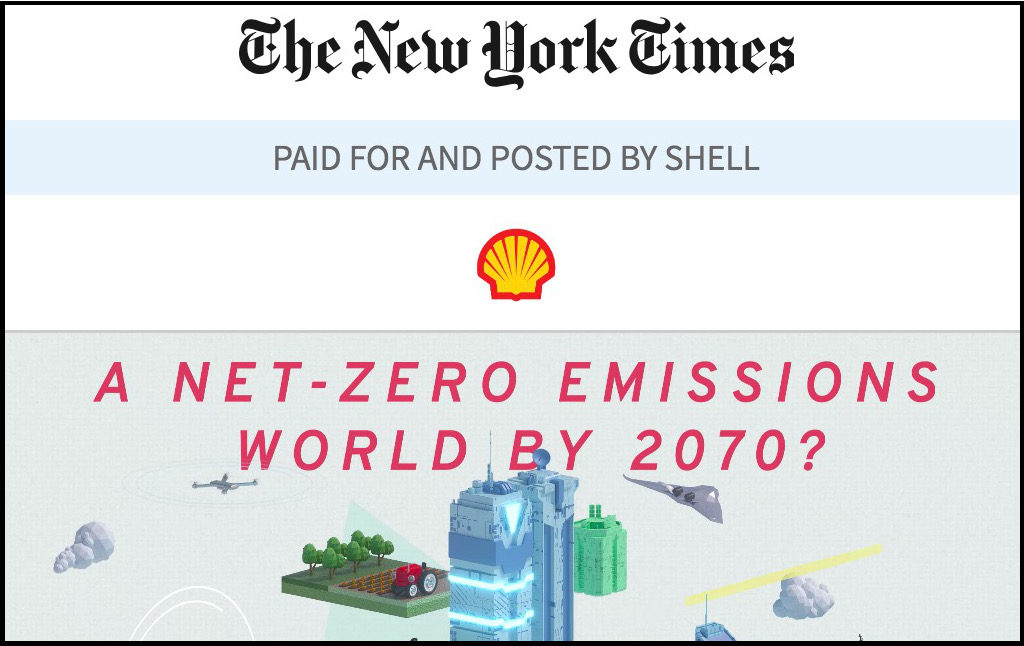 When I was in Britain recently, I picked up a copy of the New Statesman, a left-ish political weekly, to check in on the competition. (I always want to know what other magazines are up to, so that I can lift their techniques and hasten the ascendance of Current Affairs to a position of market dominance.) I have respect for any lefty who can make print work in 2019, so I was surprised and horrified when the first thing I saw in the New Statesman was an advertorial sponsored by Cigna, the American health insurance company.

The article was part of a pull-out “spotlight” section called “Mental Health: The Quiet Crisis.” It looks like the rest of the magazine, but printed on the first page of the supplement are the logos of Aviva Insurance, Cigna, BUPA (a private health insurer in the U.K.), and a site called BeGambleAware.org. Inside are articles on different aspects of mental health, including “what role technology can play in the mental health debate,” “the need for mental health first aiders,” gambling addiction, and “the perils of purchasing pills online.” There is also a sympathetic interview with infamous spin doctor (and abettor of war crimes) Alastair Campbell about his struggles with depression. (The interview does not discuss Iraq but does mention that Campbell was unhappy while in government and now enjoys running.)

The different corporate supporters of the spotlight section have each sponsored individual articles, and Cigna’s is called “Why health and happiness matter at work.” It is an interview with Cigna’s own medical director, answering questions like “What are the top stress triggers for poor mental health in the workplace?” and “How can workplace wellness programmes help reduce stress?” (If you are wondering whether capitalism’s role in making everyone tired and depressed is touched on, it is not.) The interview is stupefyingly boring, and the New Statesman did not choose to ask any critical questions about Cigna.

This is a shame, because Cigna has engaged in some pretty reprehensible conduct before! In 2007, the company denied 17-year-old leukemia patient Nataline Sarkisyan a liver transplant, leading to massive public outcry. Over the protest of Sarkisyan’s doctors, Cigna insisted the transplant was “experimental” and therefore uncovered. Pressure led the company to reverse its decision a few hours before Sarkisyan died. When Sarkisyan’s parents went to Cigna headquarters to protest after their daughter’s death, employees heckled them and gave them the finger. An extreme case, to be sure, and one from a while back, but the company’s 1.5 star rating on Consumer Affairs suggests that its customers are still pretty unsatisfied with their coverage.

Here’s the New Statesman interviewer’s only question about Cigna itself:

Q: How does Cigna support small and medium-sized enterprises (SMEs)?

A: With an ageing population and a health service that’s struggling like never before, there’s a growing demand for health insurance in the UK. The NHS is a fantastic institution. There’s not much else like it in the world. But if there are patient needs that aren’t so acute—especially mental health needs—the service is stretched to provide all but the most urgent care… Many employers are thinking they need something extra, and the services we provide like teleheath and online self-help are ideal for tech-savvy generations who expect flexibility.

That’s the end of the interview. There’s no follow-up. And I’m sure you noticed the Cigna executive’s message: Oh, of course we love the NHS, the NHS is wonderful and we would never slowly conspire to destroy it. However, the NHS is “stretched” and private enterprise can help those who want more “flexible” healthcare. There is no discussion of the fact that the NHS is stretched because Conservative governments have failed to increase its budget adequately. As with public education and Social Security in the United States, the idea of a “crisis” (actually just a failure to properly fund and manage a public service) is used to push for privatization.

Elsewhere in the New Statesman, the CEO of BUPA UK is treated to a similar uncritical interview, and asked “what role can government play” in improving mental health. His answer: lower taxes on private insurance premiums. These interviews are totally indefensible from a journalistic perspective. They are sponsored by a company, promote the interests of the company, and passed off as part of the New Statesman. The magazine has made zero effort to preserve its independence and critical stance. Worse, they’re laced with dangerous corporate propaganda. The New Statesman contains a promotion for its healthcare features, telling readers “You want to know where the NHS is going. We ask the people in the driving seat.” In reality, that means: We let corporations pay to tell us, and you, what should happen to the NHS.

Is it any wonder that it’s so hard to fight against neoliberalism, when ostensibly left-leaning magazines are shameless mouthpieces for insurance companies? The New Statesman, like Mother Jones in the U.S., has socialist roots, but now reflects the dominant ideological tendencies of our age. That’s bad enough on its own, but to know that any company can buy not only advertisements but content makes it very hard to know how to trust a word the magazine prints.

The presence of “native advertising” is one of the most insidious tendencies in modern media. It’s advertising deliberately designed to look like the content of a publication, so that readers are confused into believing they’re reading something that isn’t propaganda when they’re actually reading propaganda. You might think only the sleaziest and most unethical outlets would allow corporations to literally write the content. You’d be wrong: The New York Times has literally had Shell write a post about climate change! Once you start reading the piece, it becomes pretty clear who wrote it, but it can appear on the main page alongside other articles looking just like any other piece of news.

The problem here is that nobody sees the problem. These seem like “win-win” transactions: A small lefty magazine needs money, which it can use to pay for reporting and editing. A company offers to sponsor a feature, and allows the magazine to have approval over the content, and doesn’t say anything obviously controversial. The magazine’s editors tell themselves that as long as they don’t agree to print anything they wouldn’t have wanted to print in the absence of the money, they’re ethically in the clear. They look at the copy the company sends over, it looks fairly neutral and unobjectionable, and into the publication it goes.

Except: The magazine’s editors are delusional, because they don’t understand how thought control works in a democratic society. What is not talked about is just as important as what is, and what companies are buying is the avoidance of uncomfortable questions. Shell’s article is about all the things the company is trying to do to improve emissions-reduction technology and create a greener economy. Does it mention that they are the ones responsible for the existence of the problem in the first place? Does it mention that climate change is rightly understood as a colossal act of theft for which many of their executives should be criminally charged? It does not. Shell’s advertorial is meant to convince the public that it is just as surprised about climate change as you, and that as soon as it found out about the problem it immediately began working on solutions, because Shell cares. The New York Times is giving space for a company to tell an ass-covering lie about itself.

One thing we’ve all got to do if we’re going to make it through this thing is be willing to turn down the money. I often hear that “nobody believes” in real “laissez-faire” capitalism, but there does seem to be a common acceptance of that dangerous and fallacious notion that if two parties agree to a mutually beneficial financial transaction, it’s a good thing and shouldn’t be questioned. It’s hard for media companies to see the harm in running some boring advertorial, and I’m sure the money is good. But the long-term consequence is to compromise the publication entirely and blur the distinction between self-interested bullshit and independently-produced journalism.

Personally, I loathe advertising as a whole and think it’s just too risky to have it at all. Current Affairs has never, and will never, have any outside advertising. (And people do offer sometimes! I enjoy writing emails telling companies who want to pay us to post their “branded content” to go find an outlet with less respect for its readers.) The only things we ever advertise are Current Affairs subscriptions and books. (Perhaps if we sell hats or lapel pins someday, we’ll advertise those.) You can try to build “firewalls” between the business department and the editorial department, but the influence of money is often very subtle and difficult to notice. Perhaps you didn’t spike a story because an advertiser called you and told you not to run it, but instead you unconsciously softened your language because you knew you’d have an awkward conversation with a person from the advertising department when you met them at work. (This does happen: Social discomfort is a powerful inhibiting force!) I happen to think that it’s better to avoid the risk altogether: Be beholden to nobody except your subscribers.

Of course, this makes it extremely difficult to succeed. Current Affairs operates out of a two-room office in New Orleans, and while we’ve put out 18 gorgeous print editions, we could do much, much more if we had the kind of money that other publications have. I’ll admit, I’ve fantasized about what we could accomplish if we struck some deal for sponsorship: original reporting, more excellent writing, video essays, a real staff, good customer service, scratch and sniff magazine pages! But it’s just better to keep your integrity, so we’re small for now and survive entirely on subscription revenue and a few small donations. (If you’re a reader, please consider becoming a subscriber or donor. It’s the only way we can grow!)

It’s very hard to turn down the money. But it’s essential. Just say no to native advertising, and preferably to all advertising. We have to resist “economic rationality,” those choices that seem perfectly reasonable, almost inarguable, but that ultimately contribute to the destruction of all that is sacred and good. These are the devil’s bargains, and they look “win-win” in the short term but in the long term we all lose.