If Property Rights Were Real, Climate-Destroying Companies Would Be Sued Out Of Existence 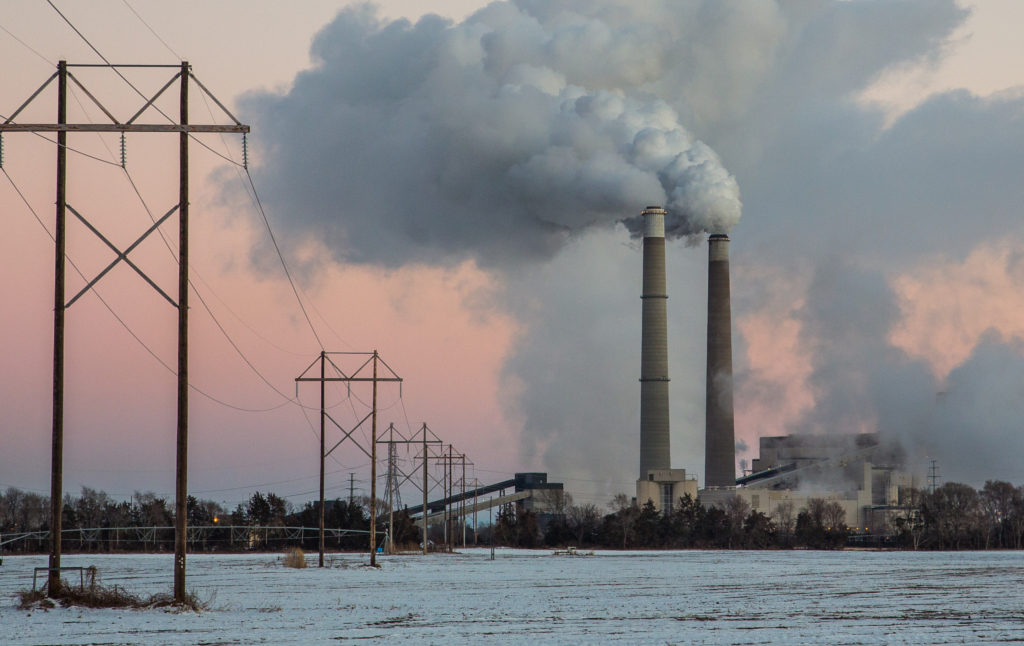 It’s simple: companies must pay for the harm they do to others…

If I have a piece of property, and you damage my property, I can sue you. Tort law, which exists to compensate parties for harms, operates on fairly “conservative” premises: When your rights are infringed upon by a private party, and you are harmed, you should receive compensation for your harm. If someone is allowed to destroy my health, my home, and whatever else belongs to me, and there is no legal redress, then my property rights aren’t being enforced. This is a principle that radical free-market libertarians can agree to: They may not believe that “exploitation” is real, but they do think that if “someone hurts you and takes your stuff,” the law needs to make sure you get your stuff back and the person who hurt you is punished.

Companies that contribute to climate change are, in effect, stealing. They are gaining a benefit at the expense of others, for which they are not paying. First, have a look at the latest National Climate Assessment put out jointly by 13 federal agencies. It documents the staggering economic costs that are expected to result from climate change. For example, “lasting damage to coastal property and infrastructure driven by sea level rise and storm surge is expected to lead to financial losses for individuals, businesses, and communities,” and “changes in extreme events are expected to increasingly disrupt and damage critical infrastructure and property, labor productivity, and the vitality of our communities.”

This harm isn’t a mere “act of God.” It results in large measure, as NASA explains, from carbon dioxide emissions through “deforestation, land use changes, and burning fossil fuels,” and methane emissions through “the decomposition of wastes in landfills, agriculture, and especially rice cultivation, as well as ruminant digestion and manure management associated with domestic livestock.” These are “human activities,” but not just that, they are the activities of particular parties. One report estimated that “over half of global industrial emissions… can be traced to just 25 corporate and state producing entities,” but regardless of whether that number is accurate, there is a well-demonstrated connection between certain activities and the damage caused by climate change.

Let’s be clear about what that means: On the most basic libertarian theory of property rights, companies whose activities cause harm should legally owe compensation for that harm. Currently, there is a lot of discussion about whether the government should adopt “carbon taxes” that aim to ensure that carbon emissions are priced correctly. Up until now, carbon emissions have been a giant “externality”—a cost imposed that isn’t accounted for in market prices. (As my colleague Rob Larson has written, this market failure is a significant indictment of capitalism’s ability to find prices that accurately reflect value.) But if those who claim to respect property rights actually took property rights seriously, carbon taxes shouldn’t even be a policy “choice.” Charging companies that emit climate-destroying gases for that destruction is not optional. Not to do it would be to admit that we do not actually care about property rights, we just care about protecting the property of particular favored parties. (Namely corporations.) You shouldn’t even need to pass a tax, because greenhouse gas emitters should be sued out of existence.

So far, United States courts have not been particularly sympathetic to the case that carbon polluters owe damages for their damage. The Supreme Court has rejected attempts to sue the operators of fossil-fuel-fired power plants on the grounds that greenhouse gas emission is to be regulated by the EPA. Last year, a federal judge in San Francisco issued a fascinating opinion dismissing a claim against major fossil fuel companies like Chevron, Exxon, and Shell. The judge said that while “all parties agree that fossil fuels have led to global warming and ocean rise… the issue is a legal one—whether these producers of fossil fuels should pay for anticipated harm that will eventually flow from a rise in sea level.” (Given, of course, that these producers knew full well that these harms would result and launched massive decades-long campaigns to obscure the truth.) Because of my sincere commitment to basic property rights, I find it peculiar that this should even be a question: Given that we know Action X causes Property Damage Y, should those who knowingly take Action X have to pay for Property Damage Y? Of course they should. How could the issue possibly be resolved differently? If all parties agree that the harm is being caused by the companies, then the companies need to pay for the harm, period.

You’d think it would be very difficult for a judge to avoid this conclusion. But the San Francisco judge found it easy to dismiss the lawsuit, in part because allowing it to go forward would entail conclusions he felt were simply too radical. As he wrote:

“The scope of plaintiffs’ theory is breathtaking. It would reach the sale of fossil fuels anywhere in the world, including all past and otherwise lawful sales, where the seller knew that the combustion of fossil fuels contributed to the phenomenon of global warming… Anyone who supplied fossil fuels with knowledge of the problem would be liable…. Their theory rests on the sweeping proposition that otherwise lawful and everyday sales of fossil fuels, combined with an awareness that greenhouse gas emissions lead to increased global temperatures, constitute a public nuisance.”

But the fact that this theory is “sweeping” and “breathtaking” shouldn’t matter. If the implications of the evidence are mind-boggling, let the mind boggle, but harm is still harm. The scenario is quite simple: Companies sold a product, knowing it was causing long-term damage. If I sell you a poisoned lollipop and I know that it’s poisoned, I am liable. If I defraud you by offering a product that is far worse than I represent it as, I am liable. This is no different, and the only thing that makes it different in the eyes of this judge is that admitting the truth would require a massive transfer of wealth away from extremely rich companies, which is seen as too radical to bear contemplation. When consistently applying legal principles would produce results that conflict with judges’ natural conservative instincts, principle tends to be set aside. (A similar phenomenon is that champions of Property Rights are rarely advocates for slavery reparations or returning U.S. territory to Native Americans, because their principles are overridden by their horror at the idea of significantly disrupting the status quo.)

The San Francisco judge had poor arguments for why fossil fuel companies should be let off the hook. For example, he weighed “the social utility against the gravity of the anticipating harm,” contending that “the development of our modern world has literally been fueled by oil and coal” and “all of us have benefitted,” and asking “would it really be fair to now ignore our own responsibility in the use of fossil fuels and place the blame for global warming on those who supplied what we demanded? Is it really fair… to say that the sale of fossil fuels was unreasonable?” This strikes me as desperate excuse-making rather than sound, consistent reasoning. Fossil fuel companies were not giving humanity free gifts: They were engaged in transactions for their own benefit. When I buy gas, I give the company money and it profits. The idea of capitalism is that there is a mutual benefit to these transactions—they fuel my car and I fuel their accumulation of wealth. But if they have, in the process, been negligently causing harm, it doesn’t matter that I got a benefit. I paid for the benefit! If a company sells faulty swing sets, and children die from riding them, the company could point to all the enjoyable rides the children had before their death, but this wouldn’t exonerate the company for causing harm. When the tobacco companies were sued, they were not let off the hook simply because people got a great deal of joy from smoking cigarettes.

The fact that the implications are “radical” has led many people to overlook a simple fact: Climate change may be “human-made,” but it is not made by all humans equally, and if some are responsible for knowingly doing damage to others, they must be held legally liable. That may not be possible under existing U.S. law, which contains endless procedural barriers to the achievement of basic justice. But even the most radical free market type should endorse the principle that when your actions cause harm, you have to pay for them. Carbon polluters have stolen from all of us, and from every future generation. They have violated our rights, without having to pay for that violation. If they aren’t legally required to bear the costs of mitigating and reversing climate change, then property rights are a joke. Do you, or do you not, believe that we should be responsible for paying for the harm we do to others? We should rethink the way we talk about responsibility for climate change. It should not be a novel or fringe legal theory to say that corporations should be accountable. It should be completely obvious, and the harm of climate change should be viewed as an “unpaid-for theft” by certain market actors rather than something that “humans” did collectively as one unit. Those who caused this mess need to pay for it, period.