“Smart” People Are Often Dumber Than You Think 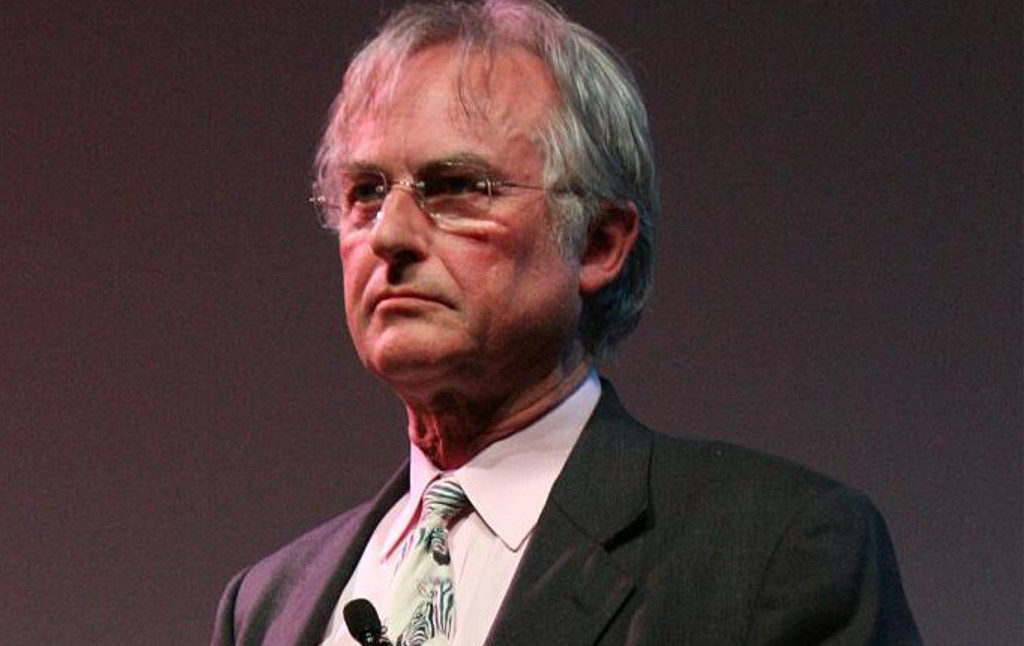 On Richard Dawkins and “Muslimophilia”…

Richard Dawkins, who once called Islam “the most evil religion in the world,” would like you to know that he actually loves Muslims. The elder statesman of pop science and atheism is now referring to himself as a “Muslimophile” who is deeply concerned with liberating the world’s 1.8 billion Muslims from the oppressive yoke of Islam. According to Dawkins, “The principal sufferers from Islam are Muslims. Especially women and homosexuals. Muslimophilia can explain and justify Islamophobia.”

Dawkins is an Oxford graduate and a winner of the International Cosmos Prize, so you might imagine he’d recognize how utterly fucking ridiculous that sounds—especially considering his previous statements about women, which include such hits as Quit Whining About Sexual Harassment and Rape Victims Shouldn’t Be Trusted If They’d Been Drinking. However, for the last 40 years and counting, the world has viewed Dawkins as a very smart man. As such, he is given an extraordinary amount of leeway to say and believe stupid things.

Dawkins has always been a cranky, unlikable S.O.B. “He’s such a dick,” according to South Park co-creator Matt Stone, himself no stranger to accusations of dickishness. But this has not always been a problem for Dawkins — when he first entered public consciousness in 1976 after the success of his pop science book The Selfish Gene, his brand of scalding, contemptuous atheism made a certain amount of sense in light of the coinciding rise of the Christian right. In the age of Republican evangelicalism and the Moral Majority, it was refreshing to watch a clever provocateur give two middle fingers to the smarmy hypocrites who amassed power and wealth by preaching to the masses about faith.

Faith, according to Dawkins, was “the great copout, the great excuse to evade the need to think and evaluate evidence.” He acquired a reputation as a speaker of hard truths, his stern demeanor and patrician English accent giving him a stately gravitas (at least among American audiences). As a man of science, he had the facts on his side. You could criticize his rhetorical style, but he had the pedigree, the credentials, and the vocabulary to make you doubt yourself for disagreeing with him. He knew more about cellular mitosis than you, therefore he was smarter than you, therefore his opinions were more valid than yours.

Except… what if he was just a smooth-talking jerk who happened to be good at science*? What if his ability to decipher the phenotypic effects of a human gene had no relation to his ability to understand a human soul? Could it be possible that this champion of logic and reason and STEM was, in reality, kind of a dumbass?

But even if Dawkins was truly the greatest scientific mind since Isaac Newton, it still wouldn’t make comments like this one any less stupid: “(Justifiable) Islamophobia is poles apart from (bigoted) Muslimophobia. Muslims are Islam’s main victims.” Aside from the fact that “Muslimophobia” is a cringeworthy adventure in hair-splitting—if you’re defining someone as a Muslim, as opposed to an American or an Arab or an Indonesian, you’re defining them solely by their relationship to Islam, thus making the term redundant—Dawkins’ attempts to portray himself as genuinely concerned with the well-being of Muslims are so inept that you almost feel bad for him, like a naked old man who insists he is wearing pants.

Take, for example, this gem: “Listening to the lovely bells of Winchester, one of our great mediaeval cathedrals. So much nicer than the aggressive-sounding ‘Allahu Akhbar.’ Or is that just my cultural upbringing?” Dawkins might argue that his dislike for the Arabic language has nothing to do with his dislike for Arabic speakers, and that his reference to cultural upbringings is simply meant to reflect his preference for secular societies over religious ones. However, come the fuck on.

Dawkins doesn’t hate Islam because the Qur’an says Muhammad split the moon or because one of the hadiths claimed Adam was 60 cubits tall. He hates Islam because he associates it with teeming hordes of brown and black people. Can he sit and make polite conversation with individual brown or black people on a panel at academic conferences (provided those brown or black people agree with him)? Sure—this is Covering Your Ass 101. Could he last a week in a Pakistani village without calling it “a barbarian country, a disgrace to humanity?”

The reason Dawkins continues to insult the public’s intelligence by insisting he doesn’t believe something (i.e., Muslims are barbarians) that he quite clearly does believe is because A) he, personally, is a deeply stupid man, and B) it’s easy to get away with it. Being stupid does not preclude someone from having talents, but it does mean that we should be highly skeptical about claims they make that are not related to those specific talents. If we’re debating evolutionary biology, then I’d trust Dawkins’ interpretation over my own. It’s a different story if we’re talking about almost anything else. However, because he has a Ph.D. and large number of video clips on YouTube, there’s a subconscious impulse to think, “Eh, I mean, if he says so…”

Once a public figure has gained a reputation for intelligence—whether by luck, merit, or a well-executed PR campaign—it’s surprisingly hard to lose. This is especially true for people like Dawkins, who possess the sophisticated vocabulary and oratorical flair to overwhelm audiences with a quick-hitting flurry of semi-sensical talking points. Most ordinary people are too busy trying to afford medicine or not get evicted to familiarize themselves with the finer details of science, technology, or economics, and as a result these fields are particularly prone to elevating dipshits.

After a while, though, those dipshits get lazy. They stop bothering to hide their petty personal annoyances beneath a veneer of grave solemnity, and morph into full-on caricatures of Your Racist Uncle. That’s how we wind up with Dawkins preaching his bizarre doctrine of “hate the sin, love the filthy disgusting sinner as long as they denounce most of their culture and traditions,” dragging his ass across the carpet of public discourse while he howls about the creeping menace of London’s kebab shops.

Islamophobia is not noble, and Muslimophobia is not a thing. Dawkins is a (debatably) gifted biologist who holds nothing but scorn for the vast majority of the world’s population. If we want to build a better world, we can start by ignoring the advice of people like him.

*Here’s an anecdote that might make you question whether Dawkins deserves even this much credit: In 2016, a survey about popular understandings of science was given to 137 British scientists. Although the survey didn’t mention Dawkins once, 48 of the scientists brought up his name. 80 percent of them said he misled the public with his books and speeches. (Though take the study with a grain of salt.)