But Do You Want DYLANN ROOF To Have Rights? 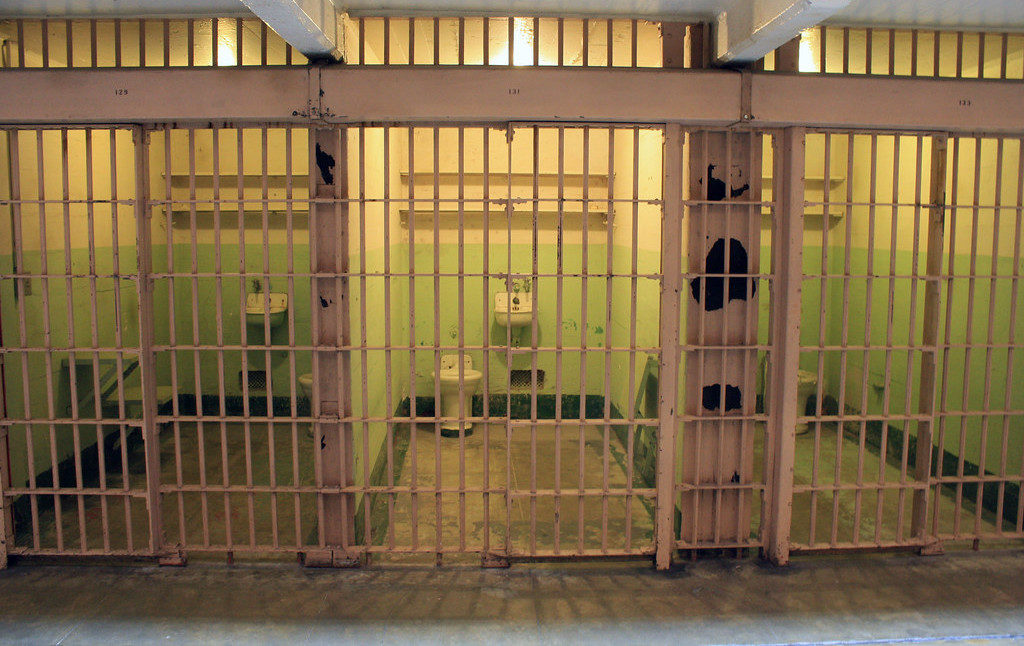 Bernie Sanders has suggested that all imprisoned people around the United States should be able to vote, as they can already in Vermont and at least 16 democratic countries. In an op-ed in USA Today, Sanders writes:

We must firmly establish that the right to vote is an inalienable and universal principle that applies to all American citizens 18 years and older. Period. As American citizens all of us are entitled to freedom of speech, freedom of religion, freedom of assembly and all the other freedoms enshrined in our Bill of Rights. We are also entitled to vote. Yes. Even if Trump’s former campaign manager and personal lawyer end up in jail, they should still be able to vote…

This is something of a politically courageous position of Sanders to take, because polling suggests that the public is overwhelmingly against it. The other 2020 candidates have so far declined to sign on to the idea, though a coalition of more than 70 civil rights and advocacy groups has encouraged the candidates to support it. In fact, several have outright disagreed. Here’s Pete Buttigieg:

“Part of the punishment when you are convicted of a crime and you’re incarcerated is you lose certain rights; you lose your freedom… And I think during that period, it does not make sense to have an exception for the right to vote.”

“If Bernie Sanders wants to get involved in a conversation about whether Dylann Roof & the marathon bomber should have the right to vote, my focus is liberating black & brown people & low-income people from prison..”

In mentioning Dylann Roof and Dzhokhar Tsarnaev, Booker used the same talking point as Lindsey Graham, who tweeted that Sanders:

“…supports allowing rapists, murderers, and terrorists – like the Boston bomber and Dylan [sic] Roof, the individual who massacred 9 church-goers in Charleston, to vote from prison… I look forward to hearing his explanation—in South Carolina—why Dylan [sic] Roof should be allowed to vote in the upcoming elections.”

References to Roof ran through all the criticism of Sanders. “Violent offenders — people who have intentionally harmed another human — shouldn’t get to help choose our leaders or be a part of our collective decision-making process,” said an article in the Week. Even those who are sympathetic to Sanders’ position do not necessarily think all prisoners should get to vote. Mehdi Hasan of the Intercept suggested restricting the franchise to the least violent offenders, to eliminate any controversy over having serial killers and spree shooters casting ballots.

Sanders has done a good job explaining why he’s against carving out exceptions to the principle that everyone, no matter what, should vote: “I think the right to vote is inherent to our democracy… Yes, even for terrible people, because once you start chipping away and you say that person committed a terrible crime, not gonna let him vote, or that person did that, not gonna let that person vote — you’re running down a slippery slope.” This is worth elaborating on, however, because the “Even Dylann Roof?” argument can be deployed widely, and accepting it can lead us to start adopting arbitrary and abuse-prone processes for determining who is entitled to basic human rights.

First, the sentiment in favor of letting prisoners vote is quite simple: Universal suffrage means universal suffrage. You get to vote because you’re a person, and you are still a person even if you commit a crime. A universal right is neither means-tested nor morals-tested, it’s something you’re entitled to no matter what. The criminal sphere is separate: You may do things that warrant punishment, you may be dangerous to others and have to be confined, but nothing you could do warrants stripping you of your citizenship. (There are also strong pragmatic arguments for letting prisoners vote, such as the fact that the criminal justice system has historically been used as a means of keeping disfavored populations from participating in democracy. Giving the state the ability to selectively revoke people’s right to determine who runs the state creates strong perverse incentives to criminalize the existence of those people who would vote for the political opposition.)

How, then, can we respond to the Dylann Roof Problem? If you murder nine people, you still get to participate in democracy? Why shouldn’t we just adopt the Mehdi Hasan Compromise, and create categories of especially heinous crimes that make you ineligible to vote? Just exclude Roof and the really bad people.

This position is very tempting, but I think it fails to appreciate what is so powerful and important about truly “universal” rights. It may seem simple to distinguish the “really bad” people from the “merely bad” people, but once you’ve committed yourself to instituting a moral test for voting the line-drawing questions will become very difficult. For example, robbery is considered a violent crime. Should purse-snatchers be denied the right to vote, but embezzlers and fraudsters be granted it? In fact, in attempting to reinforce the badness of bad crimes, this approach actually ends up diminishing the badness of some crimes. Why? Because if we say that “Your rights depend on whether you pass a moral test,” then anyone who passes the moral test will have, well, passed a moral test. But we might not want to signal any kind of approval of imprisoned people’s conduct or create tiers of citizenship and have them fall into the Good Tier.

One reason that keeping universal programs absolutely universal is useful is because it means that granting people their rights isn’t a judgment on their desert. If we start asking “But what about Dylann Roof?” then any basic human entitlement will seem gross. Why should Dylann Roof get to stay in a soft bed? Why should he get state-funded medical care? Why should he even be allowed to live? If personal moral desert is a factor in these questions, then obviously someone like Roof “deserves” nothing at all, because he’s so reprehensible. But if we look at basic rights questions that way, then we will end up doing terrible things: letting prisoners die because we refuse to give them adequate medical treatment, for instance. The crimes of people like Dylann Roof are so horrible that if we start using the seriousness of the crime as the measurement of how much humane treatment Roof deserves, he won’t be treated humanely. Some people are completely fine with that, and do think that when someone commits an atrocity it grants the rest of society license to brutalize and even murder that person. Others of us, however, think nobody deserves that.

The 13th Amendment has a famous loophole that allows slavery as punishment for a crime. Slavery is outlawed, except if you’re a criminal. Those of us who believe in universal rights are always troubled the moment exceptions are introduced. The same justifications are always given: “Well, you think Tsarnaev should get the protections of the 13th Amendment?” And because Tsarnaev is so impossible to defend, the exception begins to seem rational. But then institutions are empowered to decide whether or not someone has passed or failed the moral test for allowing them to be enslaved, and even though we know there are people who would fail almost any moral test, establishing that kind of process is both inherently disturbing and full of a serious risk of abuse.

People often fail to appreciate why a kind of “absolutism” can be very valuable in protecting liberties. The same thing goes for the free speech principle: Instead of having to empower someone to determine who the acceptable speakers and the unacceptable speakers are, even if we agree that there are some unacceptable speakers, allowing all speakers divorces the question of how bad the content is from the question of whether the person can speak. This is useful, because once permission is conditional on content, you get into tricky questions like “Well, if a fascist can’t speak, why can George W. Bush, who is responsible for the deaths of 500,000 people?” Of course, it’s usually impossible to fully “decouple” these questions, and nobody who has an easy answer to free speech issues has thought about them enough, but there is a reason why leaning toward “absolutes” and “universals” is valuable. If line-drawing is tricky and likely to lead to abuse, then it’s better to simply avoid having to draw any line at all.

Most people don’t think that all prisoners should vote. I see why they think that: Some people in prison have done truly horrible things, and it might seem like an insult to victims to let them help choose their country’s leaders. But there’s a different way to think about it: The question of whether they should vote says nothing whatsoever about what they did to victims. It’s like the question of whether they deserve to see a doctor when they’re sick. It is not a diminishment of their crimes, but a recognition that their crimes are not the issue when it comes to the basic rights of life, health, and democratic participation. Everyone gets to vote, not because they are morally good enough, but because they are people.