Why Won’t The Right Debate Us? 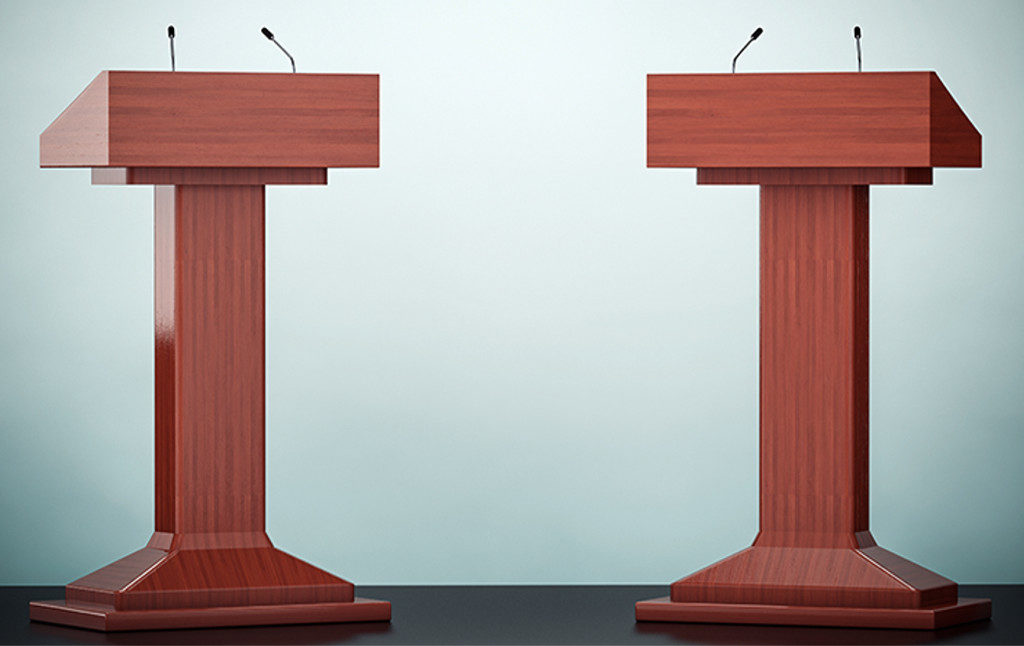 To see how committed to “free speech and open dialogue” conservatives are, see what happens when you ask them to defend their arguments…

Every few months, I get an email from someone on a university campus asking me if I would be willing to come and debate a prominent conservative. I have some expertise on the spoken and written works of people like Ben Shapiro, Jordan Peterson, and Charles Murray, so even though I am far less prominent, some students have thought I would be the right leftist to respond to such men’s arguments. When I get these emails, I agree to the debates. Inevitably, however, I am soon told that regrettably, the event will not be happening. Usually this is because the chapter of Turning Point USA or the Young Americans For Freedom has refused to consider having an actual left-right debate instead of an event with one speaker.

I am hesitant to make allegations here, because I do not have firsthand familiarity with the internal negotiations and can only relate what I have been told by those who asked me to come. However, a recent example from Whitworth University shows the general tendency. The Young Americans for Freedom chapter at the school announced it was bringing Ben Shapiro. I received an email from a Whitworth student, Dean Ouellette, who was part of the school’s Poor People’s Campaign, asking if I could participate in a debate. I agreed. When the student approached the YAF, they instantly responded that their national organization (which was paying Shapiro’s $30,000 speaking fee) was unwilling to hold an actual debate. The student government, whose approval was needed for the event, then narrowly rejected the proposal for a Shapiro event. The YAF evidently preferred to have no event rather than a debate, and (naturally) immediately began complaining that it was being persecuted and that SJWs were shutting down dialogue and refusing to hear all points of view.

Another instance: CV Vitolo-Haddad, the director of debate at the University of Wisconsin-Madison, asked Charles Murray if he would come to the campus to defend his controversial opinions. CV is a leftist but believes strongly that ideas should be heard and challenged. Murray agreed to come, but said he wanted an opponent who “assumes my good faith and doesn’t engage in ad hominem attacks,” such as calling him a “pseudoscientist and racist.” Murray said he did not want to discuss his Bell Curve position on race and IQ, but instead would like to discuss a comparatively neutral topic like polygenic scores. (Murray also claimed that if he defended his most racially inflammatory opinions, the protests would be too large for him to speak. This is a convenient way of ducking a challenge—I have to reject your invitation to speak on my views because nobody will let me speak on those views.)

I am under no illusions that I am important enough to deserve a response from these men. I may have devastated their arguments in print, but I am the New Orleans-based editor of a small-circulation print magazine, not a Major Public Intellectual. Nevertheless, I think it is quite clear that some of the conservatives who claim to thirst for discussion and dialogue want nothing of the sort. Students who have wanted it have tried to arrange it, and they’ve failed, not because the Leftist hasn’t agreed, but because the Young Americans for Freedom want their speakers to be able to blather unchallenged. (Vitolo-Haddad has listened to internal deliberations of the local YAF chapter, and tells me the only thing they seemed interested in was how “triggering” a particular speaker would be, dismissing several potential conservatives as “not triggering enough.” So much for caring about Ideas!)

You can see how interested the right is in debate by looking at the behavior of right-wing media personalities. Ben Shapiro hosts a Sunday talk show in which all of his guests are conservatives. (He spoke briefly about having a socialist like Matt Bruenig on the program, but seems to have thought better of it.) Dave Rubin hardly ever has a liberal or leftist on his show (and on the rare occasions when he does, they are typically of the “I’m a Leftist but I spend all my time ranting about the scourge of Political Correctness” variety). Tucker Carlson has someone from the left now and then, but if they challenge him too seriously he’ll start swearing at them and refuse to air the segment. Bret Stephens will write long emails chastising random people who make fun of him, but completely ignores substantive criticisms of his work. Jordan Peterson dismissed the long Current Affairs dissection of his work with a couple of jokey tweets, and as far as I can tell has been completely silent on the devastating ContraPoints critique (though he is open to debating an unintelligible clown like Slavoj Zizek).

I cannot emphasize enough that it is left points of view that do not receive a fair hearing. The Intellectual Dark Web is everywhere. They have cable news shows and get flattering profiles in the “liberal” newspapers. The socialists run little print magazines out of two-room offices. The very fact that we’re so marginal that the conservatives don’t feel they have to debate us shows you who gets the fame, money, and social significance. I have previously produced a long list of the ideas and people that are actually “silenced.” (I have far more about this in my book The Current Affairs Rules For Life: On Social Justice and Its Critics.)

In the discussions over “free speech,” one important factor is often left out: money. Who gets to speak depends in large part on who has money. For instance: The Young Americans for Freedom has over $30 million in annual revenue. This allows them to spend exorbitant amounts sending speakers to college campuses all over. (They also have so much that they can meddle in campus elections. Think about that! Dark money from the Koch brothers in the race for student body president.) The student groups at the campus don’t have to foot the bill, thanks to outside money from right-wing billionaires. This means that a small campus like Whitworth College can bring Ben Shapiro, but it would have a very hard time bringing a similarly prominent left-wing speaker. Money is power, and who gets to speak is a function of who has the money. You’d be surprised at how difficult it can be to get left-wing speakers on our supposedly radical campuses. I once tried to use about $1,000 of a student club budget to pay for a prominent left-leaning speaker to come to my campus, only to be told by the administration that this was an improper use of club funds. If I had been in a right-wing group, there would have been no problem here: I could simply have called up one of the spectacularly well-funded conservative activist groups and asked them to pay a $50,000 speaker fee for us.

I do not subscribe to the common left notion that there is nothing to be gained from debating people on the right. It is true that debates are not won by being the most fact-conscious and reasonable party. They are more theater than logic, and the most shameless person often wins. Anyone who thinks they will win a debate through mere brains, rather than a combination of brains, charisma, wit, and verve, is going to be made a fool of. But if you go in with a thorough knowledge of how your opponent operates, and treat it like a boxing match instead of a scholarly salon, there is no reason leftist ideas cannot stand an equal chance of prevailing.

What happened at Whitworth College was instructive, and I think we can learn from it. Dean did something rather smart: He called the YAF’s bluff, by challenging them to make their event a debate. Then, when they predictably refused, he went to the student government meeting and told them that YAF wasn’t really interested in an exchange of ideas, because they were refusing to consider an actual exchange of ideas. Dean tells me he isn’t sure whether this factored into their decision to reject the event, but since the vote was very close (a tie that had to be broken by the president), it’s conceivable that this made a difference.

I recommend this strategy to other students trying to figure out how to respond to conservative speakers on campus. Several times I have been asked to come and give response speeches when Ben Shapiro comes to campus, and I have done so. But before these events happen, try this: Ask for an actual debate. If they don’t want one, ask them why they’re afraid to engage with the arguments. Are they afraid the facts will hurt their feelings? Use the right’s fear of debate to show people that they aren’t really serious when they talk about wanting to have a conversation. What they really want to do is quite clear: They want to spread propaganda, without having it be seriously challenged. Expose this goal by demanding they engage with the opposition, and then get a serious leftist who knows their stuff to come and clean their clock. The “we just want freedom of speech” farce is transparent, but it’s also effective, and the best way to reply is to offer to respond to their speech with “more speech.” After all, that’s what they want, isn’t it?