What a “Right” To Healthcare Actually Means 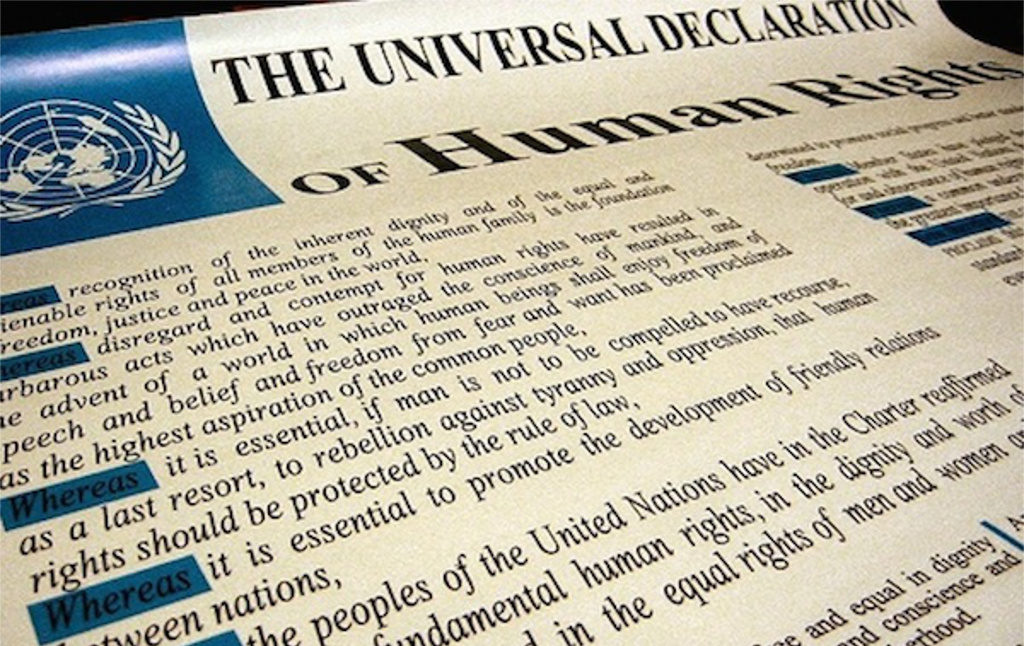 It’s not slavery or coercion. It’s just a statement of what a government ought to provide resources for.

When someone talks about the existence of a “right” to healthcare, what do they actually mean? The idea is in many ways just a restatement of the principles laid out in the Universal Declaration of Human Rights, which was approved without objection by the United Nations General Assembly in 1948. Article 25 of the UDHR states:

Everyone has the right to a standard of living adequate for the health and well-being of himself and of his family, including food, clothing, housing and medical care and necessary social services, and the right to security in the event of unemployment, sickness, disability, widowhood, old age or other lack of livelihood in circumstances beyond his control… Motherhood and childhood are entitled to special care and assistance. All children, whether born in or out of wedlock, shall enjoy the same social protection.

The UDHR offers a remarkably expansive set of basic rights. It provides a right to “social security” and the “realization through national effort and… in accordance with the organization and resources of each State, of the economic, social and cultural rights indispensable for his dignity and the free development of his personality.” It guarantees a right to education, adequate leisure time, free education, and union membership.

If the UDHR were actually upheld, the majority of people on earth would have far more than they have today. The United States, of course, has never taken the duties imposed by the UDHR seriously, and public officials would mostly prefer that we forget our country agreed to it. If we treated these rights as actual obligations, the major party politicians would have catastrophically failed to ensure that our basic legal rights had been ensured.

However, some in the U.S. do not simply ignore the UDHR as lacking legal force. They attack the very conception of rights it sets forth, arguing that it is fundamentally immoral. In fact, they adopt the most extreme comparison of all: A right to healthcare would actually be slavery. Here, for example, is Rand Paul, an actual United States Senator:

“Having a right to health care implies that you have the right to conscript me and you can enslave me, the janitor at my hospital or the person who cleans my office or the nurse.”

Here is a columnist at the Federalist making the same argument. To people who have not spent much time around free market libertarians, this argument may appear bizarre and delusional. Does a right to public education mean that we enslave teachers? No, because there’s no forced labor. Teachers are paid, and nobody has to become a teacher. A right to healthcare is similar. The Spanish constitution, for instance, contains a duty for the state to care for people’s health, the text of which is “[i]t is incumbent upon the public authorities to organize and watch over public health by means of preventive measures and the necessary benefits and services.” Theoretically they could do this by arresting doctors and forcing them at gunpoint to perform checkups, as Rand Paul seems to think will happen. Instead, Spain has instituted a single-payer healthcare system that is considered one of the best and most efficient in the world, giving the country one of the highest life expectancies worldwide (the highest in the EU despite below-average spending), and offering people services that are almost entirely free at the point of use. One can debate the trade-offs of having a system like Spain’s, but to suggest that a right to healthcare can only be put into practice through authoritarian means is false. Governments levy taxes and use those taxes to pay for services, and the services fulfill the right. You may think that taxation itself is slavery, in which case we are all enslaved already to pay for roads and courts and garbage collection (I have already explained at length why “taxation is slavery” arguments are stupid), but there is nothing unique about healthcare that would make its provision by the government uniquely coercive.

To try to be as sympathetic to the critique as possible, I think conservatives who get so mad about a “right to healthcare” have a particular conception of the word “right” in mind. They think that the correct place of rights is the enforced protection of negative liberties, e.g., the right not to have the government snoop around your underwear drawer or shut down your magazine. A right that is a “claim” on the government to perform a duty seems different, and troubling, to them. They fear “positive” liberties, that go beyond restraining governments from action and instead require governments to create particular conditions, because they think this results in authoritarianism. If your rights are simply a list of the things government can’t do to you, that’s fine. But if your rights are things you must be given, then the liberty of others will be trampled on in order to make sure you have those things. Here is the Federalist writer explaining why he thinks the UDHR conception of rights is wrongheaded:

Just because our rights are secured by government, it does not follow that they must be provided by government. This means that while it is correct to suggest that people have a right to food, it is incorrect to say that the state must provide it… This leads to the problem of our “rights” competing with and contradicting one another. If I have a right to health care, then resources must be channeled for that purpose. But what if doing so sucks resources away from providing access to, say, food? Which right trumps which? For what, then, about housing? A decent wage? Education? Transportation? On what grounds can we reject these as “rights”? The regrettable fact of life is that our desires are infinite, but resources are not.

I do not think this second part of the argument is very persuasive at all. He says that if we start guaranteeing rights to the basics of life, we will face impossible trade-offs: Which right trumps which? But the question of which rights trump which is already constantly asked by courts. No matter what rights we are talking about, whether the right to free speech or the right to an education, we are going to face difficult questions about just how far a right extends. Does my right to free speech mean I have the right to shout at you all night as you try to sleep, if I am standing on my property and you are on yours? Does the right to religious freedom mean I can exempt myself from laws that conflict with my religious beliefs? Rights only ever extend so far, and decisions have to be made through legal institutions as to what the scope of those rights means in practice.

I am not sure how helpful rights language is when it comes to healthcare, though I think it does successfully convey that we believe every person should be given basic medical services by the government. If we’re going to talk about healthcare as a right, to avoid the ridiculous conservative cry about creeping authoritarianism, it’s important to be clear about what rights in this sense mean: They are not absolutes. If, hypothetically, one person’s medical treatment was so expensive that providing it would suck too much money away from other crucial parts of government, well, we would have found the end of the right. The right to healthcare is not an infinite claim that the citizen has against the state, a claim that must be enforced even if providing it would require slavery. The protection against coerced labor exists even if there is a right to healthcare. Instead, a right is a statement of the normative rules of what government ought to do. It’s not much different from any other rule, except that it states the central importance of the objective.

The right to an education does not mean I have the right to “demand that others educate me or I shoot them.” It means that members of the government consider it their job to find ways to make sure everyone gets a good education. The right might not ever be fulfilled to the extent that we want it to be. It’s always going to be somewhat aspirational. But it’s a statement of what we think the obligations a state has toward its citizens are, and of what it ought to be doing. If you think the word “rights” should be reserved for “protections against infringements of liberty,” I am fine with that, so long as we come up with some other term for “the government needs to build good schools that everyone can go to for free.”

A right to healthcare, whether we call it a right or call it simply a “thing the government should do because it’s the morally correct thing to do,” should be uncontroversial. It doesn’t require authoritarianism, and it doesn’t trump other rights like the right not to be forced to work. If the government could not find doctors who were willing to carry out the work necessary, no matter what financial incentives were provided, then the right would go unfulfilled. It may be that in certain countries, it is currently impossible to fulfill all of the rights under the UDHR, due to a scarcity of resources. In the 2019 United States, however, it should not in any way be difficult to meet the requirements of the UDHR. In every country there are going to be some limits, and we are going to have to make decisions through democratic institutions about what our priorities should be. But the values of the UDHR still lay out a compelling framework for what our social obligations toward one another ought to be. Those who call for a right to healthcare are not demanding some absurd indulgence, or calling for conscription and servitude. They are asking that the government carry out the elementary duties that we should reasonably expect from it.