Why The Kavanaugh Allegation Is So Important 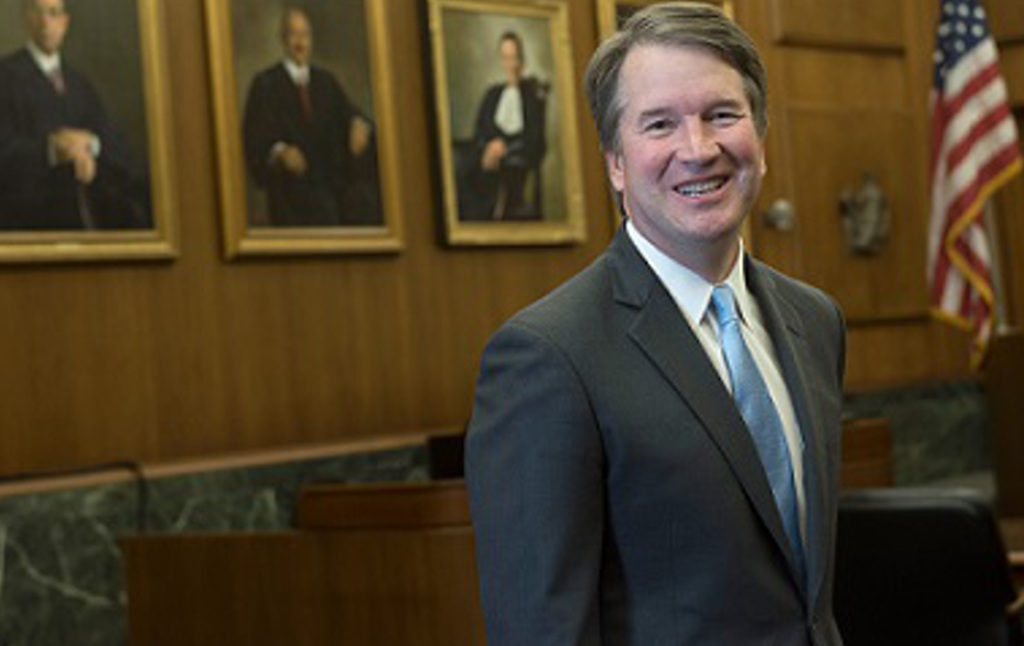 It’s not just about what he did in high school, but whether he’s lying to the country…

The sexual assault allegation against Brett Kavanaugh is both credible and disturbing. But some people have questioned its relevance to his confirmation: After all, it is alleged to have happened when Kavanaugh was 17 years old, and Kavanaugh is now 53. The question of how to treat juvenile crimes can be complicated; with criminal convictions, we seal juveniles’ records. While Anita Hill’s allegations against Clarence Thomas concerned behavior during his professional life, Christine Ford’s allegation against Kavanaugh is from his high school years.

I think there is a very strong argument that the facts of the allegation, assuming they are true, are important in considering whether someone should be a Supreme Court Justice. But before we get to that, there’s another reason why this doesn’t just matter, but matters a lot: Kavanaugh has denied that he did it. That means that the truth or falsity of Ford’s allegation is not just important for assessing what Kavanaugh did in high school. It’s important for assessing what he is doing right now. If Ford’s allegation is true, then Kavanaugh has lied to the public. He didn’t just assault a woman in the 1980s, but he is gaslighting a woman in 2018 and trying to mislead the public and the United States Senate about a crime he committed. We can’t wave this away as being about the distant past, because it’s a question about the present. If the allegation is true, Kavanaugh is not fit to be a justice, not just because of his past actions but because of his shameless public lying.

Here is what Kavanaugh has said about the allegation: “I categorically and unequivocally deny this allegation. I did not do this back in high school or at any time.” That’s pretty clear: Christine Ford is lying or delusional. According to Kavanaugh, she has invented a false story about him. It’s a story she confessed to her husband years ago, and a story that passed a polygraph test. But Kavanaugh says it didn’t happen and that Ford is smearing him. If Ford is telling the truth, then what Kavanaugh is doing right now is unconscionable. Not only did he attack her in high school, but he would be publicly trying to falsely brand her delusional or a liar. It would literally be “insult to injury.” No person with a shred of conscience could vote to confirm such a man to the Supreme Court.

Kavanaugh’s denial means that assessing the truth or falsity of the allegation is now critical to his confirmation. If Kavanaugh had admitted the truth of the allegation and apologized sincerely, talking about what a pig he had been in high school, then the “well, this was a long time ago” crowd would be able to argue that we should focus far more on his hideous record as a jurist than his high school sexual assault. Now, however, there is no choice at all: The question of whether Brett Kavanaugh did this is all-important, because it’s also the question of whether Brett Kavanaugh is trying to slander an assault victim and mislead the Senate.

To reiterate: This is not just about the crime, and it is not just about the past. Never mind “this was a long time ago”: If there is credible evidence that he did this, then he does not belong on the court or in any position of power whatsoever, because he is lying. We don’t need to resolve the question of how important juvenile crimes are in order to conclude that. I’m sorry to repeat myself here, but I think this is very important and the point isn’t being made clearly enough. If you think the allegation is true, then Kavanaugh is unfit for office, regardless of how long ago this was.

Now, I also do happen to think that the original offense matters, even though, as someone who believes strongly in a forgiving criminal justice system, I am cautious about holding people’s juvenile crimes against them later in life. First, the alleged facts themselves are extremely disturbing:

Speaking publicly for the first time, Ford said that one summer in the early 1980s, Kavanaugh and a friend — both “stumbling drunk,” Ford alleges — corralled her into a bedroom during a gathering of teenagers at a house in Montgomery County. While his friend watched, she said, Kavanaugh pinned her to a bed on her back and groped her over her clothes, grinding his body against hers and clumsily attempting to pull off her one-piece bathing suit and the clothing she wore over it. When she tried to scream, she said, he put his hand over her mouth. “I thought he might inadvertently kill me,” said Ford, now a 51-year-old research psychologist in northern California. “He was trying to attack me and remove my clothing.” Ford said she was able to escape when Kavanaugh’s friend and classmate at Georgetown Preparatory School, Mark Judge, jumped on top of them, sending all three tumbling. She said she ran from the room, briefly locked herself in a bathroom and then fled the house.

Now, the allegation is also credible, and isn’t surfacing for the first time now. Ford did everything she could to remain anonymous and behaved as the “model accuser” (it’s sickening that a woman has to be a model accuser to stand any chance of being taken seriously at all):

In an interview, her husband, Russell Ford, said that in the 2012 sessions, she recounted being trapped in a room with two drunken boys, one of whom pinned her to a bed, molested her and prevented her from screaming. He said he recalled that his wife used Kavanaugh’s last name and voiced concern that Kavanaugh — then a federal judge — might one day be nominated to the Supreme Court.

Okay, but he was 17. A few points there. First, these facts aren’t alleging ordinary teenage shenanigans. They’re alleging truly depraved behavior, outright attempted rape. There’s a lot that we can forgive easily from people’s teenage years. This is a truly chilling act, though.

Secondly, in order to be granted redemption you actually have to have atoned for what you did. If the allegation is false, it’s false, and it shouldn’t affect the confirmation. If it’s true, then the fact that it happened so long ago may actually make it worse, because it means Kavanaugh has spent decades declining to hold himself to account for this. Every passing day was another day he could have apologized. But if it’s true, and he’s still denying it in 2018, the passage of time actually makes this worse rather than better. The problem is not just the 17-year-old Kavanaugh who attempted to rape a woman, but the 22-year-old Kavanaugh and the 33-year-old Kavanaugh who never did a thing to make amends to his victim. My colleague Vanessa A. Bee has written an excellent essay called “Can Penitent Sexual Predators Ever Be Granted Redemption?” She believes in redemption, but a critical word there is penitent. If you’re not sorry, then, no, you can’t ever be granted redemption, because being sorry is an absolute non-negotiable precondition.

There is no getting around it: This allegation is either true, or not true, and if it’s true then Kavanaugh should immediately resign from the bench and withdraw himself from consideration for the Supreme Court. Unfortunately for Kavanaugh, from what we know about Ford’s testimony, she seems fairly credible. Obviously, as a believer in due process, I believe the claim should be evaluated fairly. But there is no world in which it can be written off as excusable hijinks of the distant past. If he attempted to rape someone, and is lying about it, then he shouldn’t have a career in the law, and it’s maddening that that should even be open for question.