“I Like Candidate X, I just Don’t Think They Can Win A General Election” 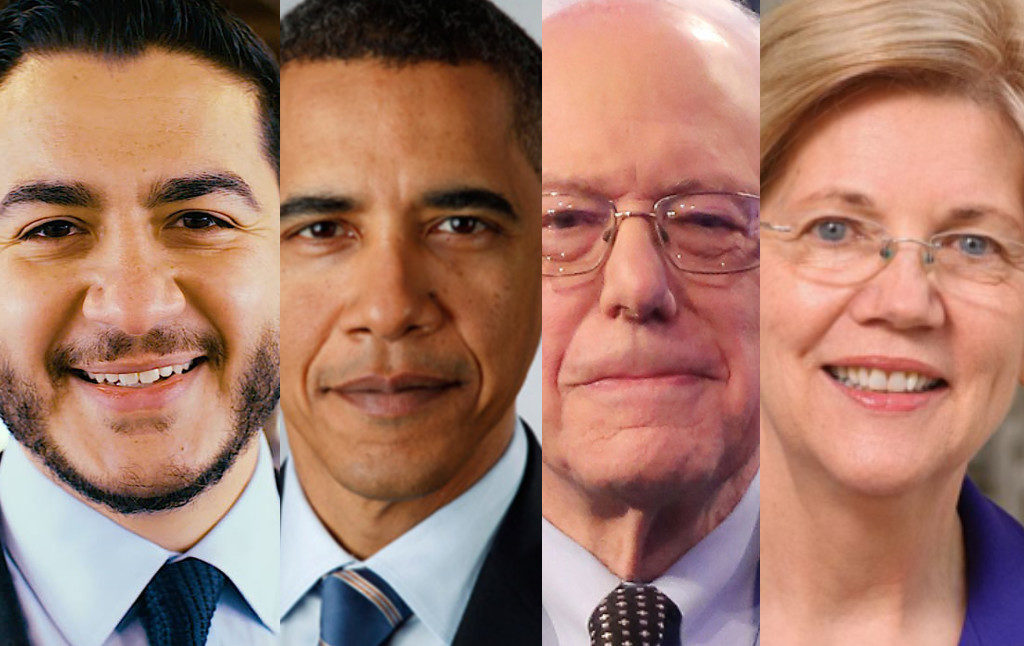 In a party primary, when you try to persuade people to support a candidate who is a little out of the “mainstream,” one of the common responses you hear goes something like “Well, of course, I’d love it if Candidate X was elected, but I just don’t think they can win.” People who make this argument profess that they share your values, but say that there are pragmatic reasons for choosing another, more “electable” candidate than the one you support.

I think many of the people who say things like this are sincere. I find their attitude, however, to be exasperating. This is because the “pragmatic” case is rarely actually pragmatic, and misunderstands the nature of politics.

Let’s consider the case of Dr. Abdul El-Sayed, running for governor in Michigan. I do not know whether Abdul will win his primary tomorrow. But if he loses, it will be in part because of voters who had the same misgivings that Congresswoman Debbie Dingell had. Dingell suggested that while she really likes Abdul, the fact that he is a Muslim would make a general election very difficult. It’s not that she is prejudiced, but that Michigan is. And since it’s very important for Democrats to win in November, they must select the candidate who has the highest chance of winning.

There are plenty of people, like Dingell, who do not realize just what this line of thinking actually means. First, it means that while the person claims not to be basing their vote on prejudice, they are still declining to vote for the person because of that person’s religious identity or race. They are “part of the problem,” because even though they claim only to be recognizing the prejudices of others, they are also contributing numerically to the group of people voting on the basis of race/ethnicity/religion. Employers who racially discriminate have often used similar defenses: I am not prejudiced, but my customers are, and if I am to make a living I must discriminate. Ultimately, it amounts to capitulation: Instead of reacting to the prejudice of others by becoming determined to defy it and work to make sure people get over it, one is actually contributing to worsening its effects. (To see more starkly what this kind of argument means, consider what we’d think of 2016 Democratic primary voters who said “I’m not voting for Hillary because I don’t think a woman can win in a general election. Not that I’m sexist, you see, but…” Or someone who says this about Elizabeth Warren in 2020.)

I also think that people are simply wrong, or at least overconfident, about what is “possible.” Many people thought the United States was so racist that it would never elect a black president. This turned out to be false. In fact, we know very little about what is “possible” and “impossible.” In politics, the range of possibilities is discomfortingly large. Personally, I think it’s so expansive that the United States could go either socialist or fascist, depending on what people choose to do. This certitude in what was “possible” led people to conclude that Donald Trump could never be elected president, because he was simply outside the range of plausible presidents. Implausible events occur every day, though, and it turned out that you could, in fact, say extreme, disgusting, and offensive things and be elected. Trump should have proved once and for all that we have no idea who can and can’t win a general election.

The reality is that the United States is an extremely diverse country, where nearly all generalizations you could make are true. It has enough grotesque right-wing idealogues that it could easily go Nazi if people on the left gave up and didn’t vote. It is also a place, however, where left policies are much more popular than Republican policies, which means that the country could go much further to the left than the current makeup of the government suggests. What happens depends on what people choose to do, and depending on that choice, the seemingly impossible could easily become possible—in either direction.

I happen to think that the most serious barrier to accomplishing political goals is the people who insist that they cannot be done. This is why I think one of the worst things Hillary Clinton has ever said is “single payer will never, ever happen.” By saying it, you place a larger barrier in the way of its success than any of the actually-existing impediments. As a matter of fact, single-payer programs are not outlandish. We’re talking about making the American healthcare system more like the Canadian healthcare system. Yet Clinton said that it would never happen. What, not in 20 years? 100 years? 500 years? Are our ambitions really so low, our sense of political possibility so constrained, that we think you can’t even adjust healthcare funding to operate in the same way that our next-door neighbor does it? People with imaginations this impoverished are far more of an impediment to change than anything about the world.

I have been conflating identity with ideology here, or talking about “Michigan won’t vote for a Muslim” and “Michigan won’t vote for a leftist” as indistinguishable phenomena. While Abdul El-Sayed may be both, these are often separate debates. But they share a common feature, which is “confidence in the limits of what you can do, without actual evidence of what those limits are.” Nothing in the past tells us what we can hope to do in the future; so many things have happened in our history that once seemed inconceivable that it would be deeply unwise to make one’s predictions too certain.

I’m not opposed to thinking of voting pragmatically. In fact, I think that’s exactly what you should do. But I think “electability” is often almost a lazy way of picking the candidate that’s easiest to elect rather than the one that ought to be elected. Instead of saying “Candidate X can’t win, I’m not going to vote for them,” say “Candidate X ought to win, so I’m going to vote for them, and then I’m going to figure out how to make sure they can win.” In England, many people said Jeremy Corbyn’s Labour Party was doomed: It was too far left. It would never come close in a general election. The party had committed electoral suicide. But then a general election happened, and Corbyn’s Labour actually came very close to winning. Why? Because thousands of people had changed the game: They had decided not to accept the idea that they weren’t “electable,” and went out to change people’s minds. Instead of treating the political world as something static and fixed, they treated it as something that could be altered through hard work and activism.

That’s what we saw during the Civil Rights movement, too. Martin Luther King was annoyed by white moderates more than almost any other group, because white moderates insisted they shared King’s goals, but just felt they weren’t pragmatic. King knew that this attitude was the very thing that was standing in the way of progress. A faith in the impossible and a determination to succeed no matter what the odds is an important part of moving a political movement forward.

Instead of asking “Which goals can we accomplish?”, it’s often better to ask “Which goals should we have, and how are we going to accomplish them?” That’s because nobody can actually tell the answer to what “can” be done, because nobody is God, so nobody can see every future. “Aiming low” ensures that one cannot hope to achieve much, and “electability” concerns are often a self-fulfilling prophecy. Can Candidate X win? Wrong question. The question is: What are you going to do to make sure Candidate X does win?