Abdul El-Sayed For Governor Of Michigan 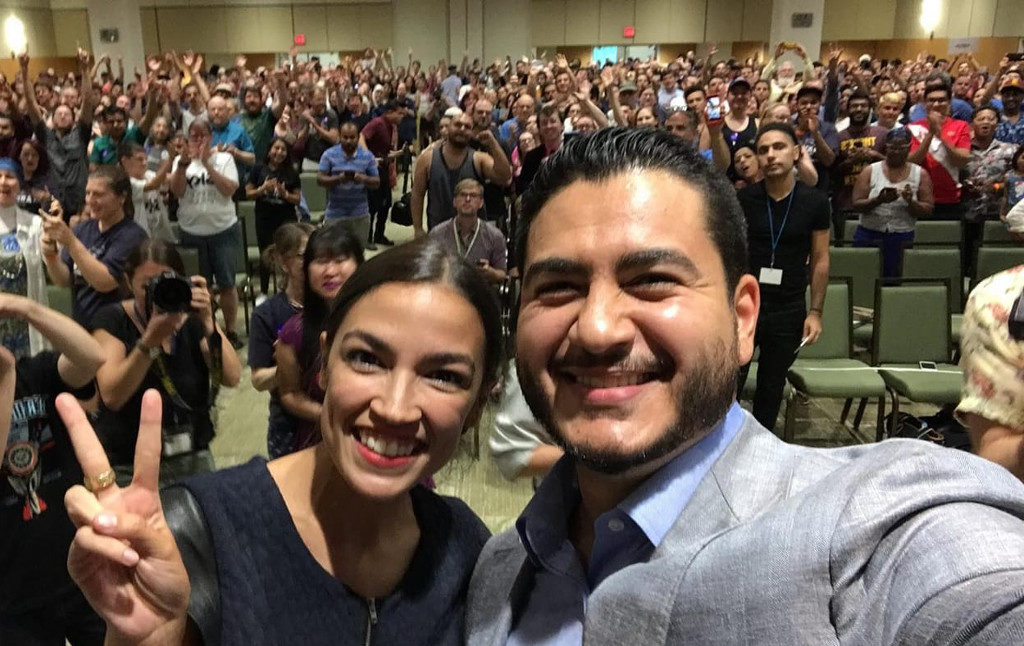 The first-ever political endorsement from the Current Affairs editorial board…

Current Affairs has never before made a specific endorsement of a political candidate. But the current Michigan governor’s race is so important that we have a responsibility to change that practice. Our editorial board is proud to endorse Abdul El-Sayed for Governor of Michigan.

Abdul El-Sayed’s candidacy has been uniquely impressive. He has shown the kind of uncompromising commitment to progressive values that has been so lacking for so long. He can inspire people to believe in a better world, but also has a serious understanding of policy and political reality. He does not hesitate to condemn corporate interests that have devastated the lives of many Michiganders, and promises to “de-DeVos” Michigan’s school system, and take on powerful companies like Marathon and Nestle.  He has shunned corporate money and is relying mostly on small donors. As a public health scholar, he has made “Medicare For All” much more than a slogan: He has produced a serious, practical, state-level plan for single-payer health insurance. Watch the televised debate and see how clear the difference between Abdul and the other is.

The other candidates in the Democratic primary exemplify the “big money” politics that El-Sayed has condemned. Gretchen Whitmer was not only initially encouraged to run for office by an insurance industry CEO, but her campaign is entirely beholden to the health insurance industry. Blue Cross Blue Shield even gave its employees a list of recommended donation levels prepared by the Whitmer campaign. It is no surprise, given her close ties to the health insurance industry, that Whitmer has refused to endorse El-Sayed’s single-payer plan. This kind of corporate politician has been the cause of the Democratic Party’s steady electoral suicide.

Shri Thanedar, the other Democratic candidate, should hardly even be worth mentioning. Until very recently, he didn’t even seem to know he was a Democrat, and is alleged to have considered running as a Republican instead. He has been sued for fraud and has refused to condemn Islamophobic attacks on El-Sayed. Worse, he has been involved in a bizarre and disturbing scandal in which he left 100 beagles to die in a chemical testing lab. In any remotely humane world, this should be instantly disqualifying.

Michigan’s Democratic primary is uniquely important this year. Donald Trump won the presidency in part because the Democrats failed to offer anything to Michiganders. Whether he gets re-elected in 2020 will depend in part on whether Democrats can be different next time. Republican governance under Rick Snyder has hurt Michigan significantly through corporate giveaways and the emergency manager system. The consequence of “running government like a business” was seen in Flint’s infamous water crisis. And yet: Michigan will continue to vote Republican if Democrats cannot inspire people to go to the polls. They have to offer a meaningful alternative.

The powerful symbolic importance of an El-Sayed governorship should also be noted. If elected, El-Sayed would be the first Muslim governor in the United States. Two years after the election of a bigoted and xenophobic president, electing a Muslim governor in a Trump state would send a desperately needed positive message in difficult times. El-Sayed represents a different, better America: a diverse, hopeful, humane country worth living in.

Let there be no doubt that Abdul can succeed. The victory of Alexandria Ocasio-Cortez in New York, in which a 20-year incumbent was defeated by an ex-bartender with no money and no connections, shows that the seemingly impossible can be possible through hard work and organizing. One of the most serious obstacles to Abdul’s success is those who would say “Well, I’m not prejudiced, but I don’t think he can win in the general election.” These are the same people who Martin Luther King was addressing in Letter from Birmingham Jail, who instead of helping to realize a more just future, tell us it cannot be and say “Wait” when they really mean “Never.” Abdul says he has confidence that the people of Michigan will vote for someone, no matter their identity, if the candidate offers a platform worth believing in. If Abdul can have faith, we should too.

When our editor spoke to Abdul, he was impressed. Asked about his approach to compromise, Abdul told us the following:

This is precisely the attitude the progressive left needs. It is all too rare. And it is the only way that we can hope to recapture the country from Donald Trump. We encourage all Michiganders to vote for Dr. Abdul El-Sayed on Aug 7th, and all non-Michiganders to support Abdul in any way they are able to. Abdul faces formidable odds, and to win he will need everyone to do whatever they can.