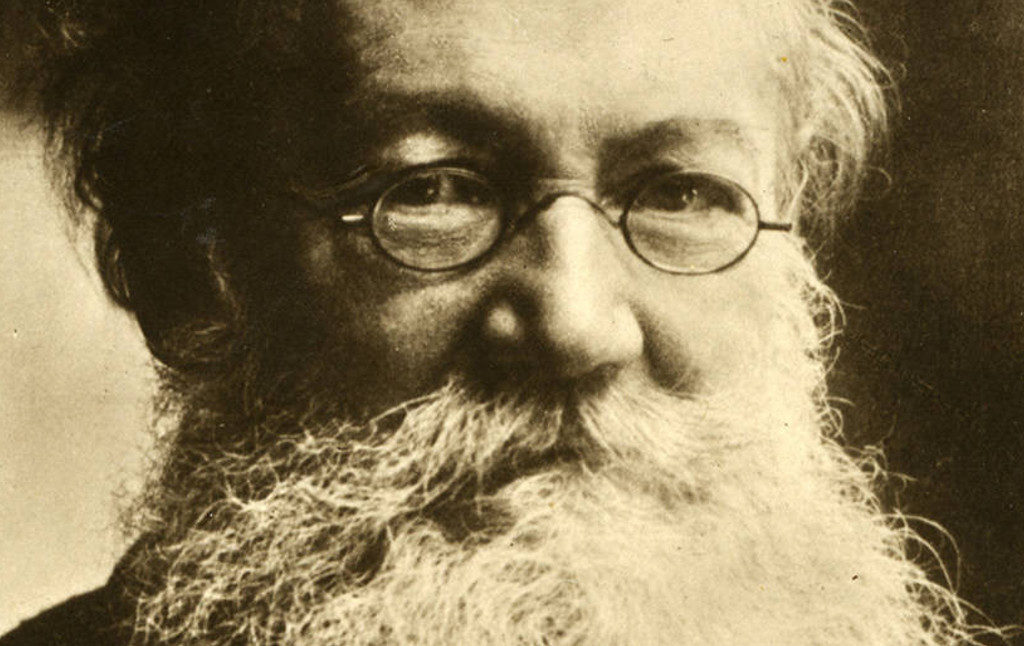 Some correspondence from readers about labels and ideas…

In response to recent articles about socialism (I’m sorry, I promise I will write about something else soon–have you seen my article about the Vietnam War?), I received a couple of thoughtful notes that deserve replies. Here they are.

Hi Nathan, I found your recent piece on “3 Arguments Against Socialism…” to be very insightful – you treat the arguments very carefully and give a strong counter-argument. However, with the new piece, your “Stray Thoughts,” I find your general arguments on socialism a bit inconsistent and confusing. Do you mind explaining what it is that you really mean? For instance: 1. In your “3 Arguments piece,” you quote a Huffpost article and say: “Under the Socialists, Milwaukee gained a reputation as a well-managed municipality. They believed that government had a responsibility to promote the common good, but particularly to serve the needs of the city’s working class.”  Here, I think you’re trying to make the argument that socialism actually does work – as evidenced by American history – in making people’s lives better (and this is of course largely the work of the STATE – i.e. government, elected officials, mayors etc.). 2. In your “Stray Thoughts” piece, however, you criticize George Will and put forth the argument of Kropotkin, Goldman, etc. who say that: “the state, both in its present form, in its very essence, and in whatever guise it might appear, [is] an obstacle to the social revolution, the greatest hindrance to the birth of a society based on equality and liberty.” Quite a totalizing standpoint! So here, you make the argument in favor of rejecting the state completely – which means that the state should not own any industries or resources. But earlier in (1), you made the argument for socialism’s efficacy by saying that state socialism has actually worked in America. So are you in favor of or against the state? I find your argument a little confusing. Bret Stephens has a sophisticated argument against socialism where he uses facts, empirics, etc. – maybe that is a strong piece to respond to. Anyway, I would love to read your answers to my questions if you do have the time. —Sam

I am sorry I was not more clear: I do not make the argument for rejecting the state completely. Anarchists do, and while I have learned a great deal from the anarchist tradition, I do not share Kropotkin’s stance, which is, as you say, totalizing. I invoke the anarchists not to say they were right, but to say that they are within the socialist tradition, and the existence of anti-state socialistic philosophies shows that associating socialism with a centralized state is a mistake, because socialists have a broad range of views on the state, ranging from extreme pro-state socialists to extreme anti-state socialists. The point here is that being a socialist does not in itself reveal one’s views about the state, it all depends on what kind of socialist one is. I myself happen to be a pragmatic one, who dreams of a stateless society but thinks sensible government guided by socialist principles of economic democracy will do in the meantime. I should perhaps have clarified which were my own views and which I was quoting in order to prove the ignorance of Will and Stephens.

I see Bret Stephens is still writing the same predictable stuff like “Hugo Chavez was a democratic socialist.” To this, I can only ask “democratic in what way?” Having state-owned enterprises is neither inherently democratic nor inherently socialistic. If the state is run by autocrats, after all, then I’m not sure in what sense there is “worker ownership of the means of production.” Ownership entails actual control, not some fiction about the dictator embodying the collective spirit of the people. (I also responded at length last time I saw Stephens talking about socialism like this. It seems he did not listen!)

There is one part of Stephens’ article that I think actually deserves a fleshed-out response. At one point, he talks about how the history of state-owned enterprises has been a disaster:

The Democratic Socialists of America, of which Ocasio-Cortez is a member, believe in economies defined by state-owned enterprises and worker-owned cooperatives. Versions of this have been tried to varying degrees before: Israel in its first decades; post-independence India; Sweden in the 1960s and ’70s. It always led to crisis: hyperinflation for Israel in 1980s; an I.M.F. bailout for India in 1991; a banking meltdown for Sweden in 1992. It’s usually a recipe for corruption: State-owned enterprises such as Pemex in Mexico or Eskom in South Africa are local bywords for graft and mismanagement.

I can see how this would seem persuasive. Look at these disasters! But whenever someone cites a convenient list of a few examples, we should ask ourselves whether they’re picking random examples of the phenomenon, or whether they’re just picking the examples most favorable to them. After all, there are plenty of examples of successful worker cooperatives, but Stephens tries to attack both “state-owned enterprises and worker cooperatives” by pointing to unsuccessful state-owned enterprises! If you’re going to patronizingly suggest that Ocasio-Cortez is just a dumb millennial who doesn’t know economic history (“People used to know this stuff,” he says), then at least make sure the arguments you make address the full set of proposals you are criticizing.

But Stephens isn’t right about the record of state ownership, either. I’m not an expert on foreign economies, or the history of 1960s Swedish industrial policy, so I don’t feel confident talking about the particular historical examples he uses. Fortunately, I have a friend, Matt Bruenig, who does know a lot more about Sweden’s economy than I do. I asked him whether Stephens was right that state ownership leads to disaster, and Matt has written an article for us showing that, no, Stephens is not right. He is deliberately selecting failed state enterprises and refusing to look at successful ones, as well as ignoring the causes of the Swedish banking meltdown. His article is well-worth a read, and shows that Stephens can’t be trusted to present the whole record, rather than just the part he likes.

Finally, I do think it’s somewhat funny that Bret Stephens is writing an article about how socialism spells “doom” for Democrats. Not only is the case unproven (Jeremy Corbyn did not spell electoral “doom” for British Labour, even though dozens of newspaper columnists in Britain were repeating the exact same talking points as Stephens), but I think lefties should be very wary of taking strategy advice from conservative columnists. There is a good chance that they do not have the left’s best interests at heart!

Dear editor, Nathan Robinson’s article “3 arguments against socialism and why they fail” aims to rebut the notion that “socialists are vague about what socialism means: sometimes it’s ‘the abolition of profit’ and sometimes it’s ‘Scandinavia.'” While the author clarifies that socialists (as opposed to social democrats) ought to be simultaneously in favor of reform and revolution, I think the charge of vagueness is correct with respect to what socialists mean by abolishing the profits system. Is the goal to establish centralized planning throughout the economy or only for the “heights of industry” with markets operative elsewhere? Is the goal to move toward decentralized allocation mechanisms, and if so, again, what role is left over for markets? Or are socialists to ignore long-term proposals entirely and bet that viable solutions will emerge at the appropriate time in the course of struggle?

This is not so much vagueness as disagreement. There is a broad range of views. The views of Kropotkin are not the same as the views of Lenin. Edward Bellamy and William Morris had competing views of society, Gandhi had his own peculiar brand of socialism that included a role for private industry and was not even particularly egalitarian. There is no definitive answer to this question just as there would be no definitive answer to the question “How large does conservatism say the state should be?” What socialists share is a set of common sentiments about the need for change, the desirability of worker ownership, and the problems of concentrated private capital. They place themselves in a long line of social movements that wish for a better and more equal world. Beyond that, you will find some who are vague, but some who have very specific ideas, just as with any political philosophy. Richard Wolff believes that worker self-directed enterprises should be a core part of the economy. Michael Albert and Robin Hahnel have proposed a system of “participatory economics.” David Graeber thinks large satirical puppets are a form of liberatory social action in and of themselves. (I do not share this view.) A broad range of views on the way in which a set of beliefs should be actualized is something one would expect in exactly the same way as Christians will have different answers on the question “How should a Christian act?” despite agreeing on certain fundamentals.

But I am trying to avoid slipping into the very kind of discussion that I think is so unhelpful, the one that asks what socialism means, and debates the term, rather than discussing what the world looks like now, what it ought to look like, and how we can get from the one to the other. If I call myself a socialist, it is because I have ideas and values that come from the tradition of socialist thinkers, and I think the project of socialist movements is a valuable one. That seems enough of a definition of the term to satisfy me, and as for questions like “What is the optimal balance between the public and private?” I think we can debate them, and I have opinions on them. But first, I want to establish that the socialist tradition is a good and valuable one, and that the great thinkers of socialism should be just as respected, and just as part of those political debates, as any theorist of democracy.

Image: Peter Kropotkin, one of the friendliest socialists.

The Left Is Losing Because We’re Not Confrontational Enough Make Billionaires Republicans Again The Annihilation of Florida: An Overlooked National Tragedy How To Build Beautiful Places U.S. Policymaking on Sex and Reproduction is Based on Damaging Conservative Assumptions