One Reason We Lose 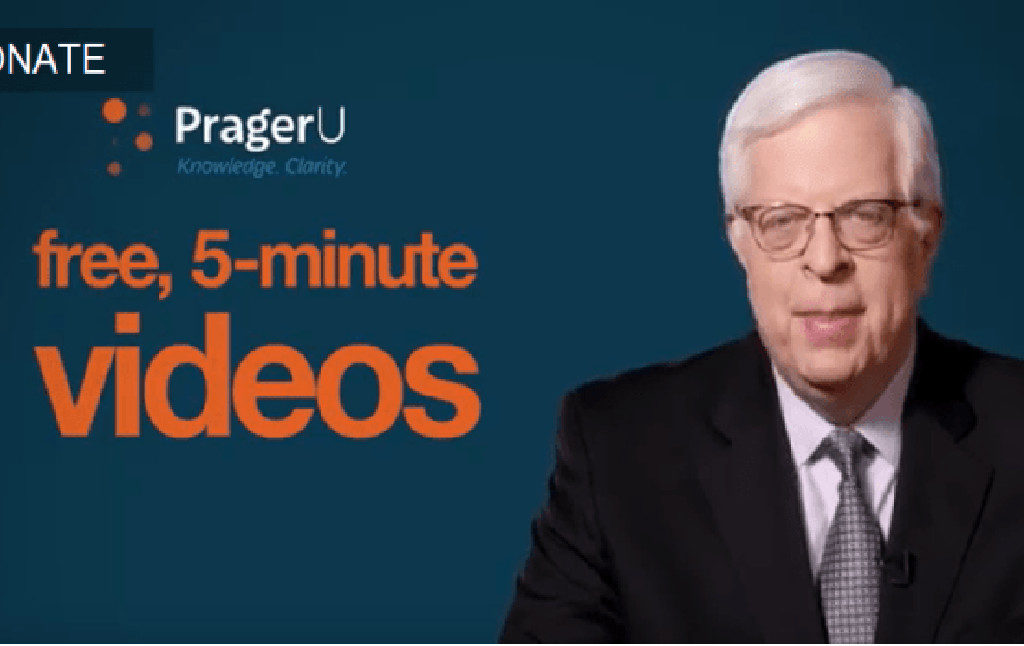 How to compete against right-wing media…

It’s never quite clear whether opinion writing is actually making a difference. Is it just shouting into the void? If you believe people’s ideologies are basically fixed, and are skeptical about the possibilities of ever changing minds, it might seem like political writing is only valuable as exhortation and encouragement to the converted, rather than as an actual means of getting people to agree with you who previously didn’t. My friend Ryan Cooper of the Week says that most commentary is “infotainment for the middle class,” and when one surveys the state of the take industry it can be difficult to avoid sharing this pessimism.

But whether you believe political writing can persuade people often depends more on your instinct than anything else. The actual evidence we have is limited, because it’s impossible to isolate the aggregate social effect of individual pieces of writing. We can see that in some cases, it’s undeniable that writing made a difference. Without Karl Marx, whose impact came almost entirely through the printed word, there wouldn’t have been Marxist movements, and the whole trajectory of the 20th century would have been different. But most of us, needless to say, are not Karl Marx. What good are we?

Here’s a new study that should offer encouragement to the depressed op-ed writers of the world. In an experimental setting, it turns out that opinion writing can be very persuasive indeed. The study’s authors tested whether exposure to pieces of opinion writing on issues would shift people’s ultimate views on those issues. They found “very large average treatment effects on target issues,” a finding that held true for Democrats, Republicans, and independents alike. Having people read arguments for a position made them more sympathetic to that position. Op-eds do actually have the power to persuade.

Now, we can see why this still doesn’t actually tell us too much about the power of op-eds. It doesn’t matter how persuasive they are if the only people who read them are people who already agree with the position. If the “echo chamber” idea is true, and people select sources on the basis of how closely those sources align with what they believe already, nobody is going to get their mind changed. The only reason this study worked is because the subjects were forced to sit and read through the opinions. That was the assignment. When they went home, they probably resumed their consumption of ideologically sympathetic news sources.

But there’s still something encouraging here. It does mean that if you can get people to actually listen to you, you do stand a chance of persuading them. The hard part is getting an audience of people who disagree with you to pay attention. Once they do pay attention, though, they can be moved. Alarmingly, this seems to be true in many different directions. If I can expose neutral people and conservatives to my leftist political arguments, they will probably soften on leftism. But if the conservatives get the audience, they will successfully make people more conservative. Whoever can get the readers will get the influence.

This fits with my own experience. Some leftists harrumph at me and Current Affairs from time to time, because we can be extremely pedantic and simplistic. I often produce articles making very simple points, ones that are not any kind of news to people on “my side.” But I think of Current Affairs almost as a “leftist magazine for non-leftists.” I am interested in trying to get politically neutral or conservative-leaning people to hear out left political arguments. Some people are dubious that this is possible, but even if we think the vast majority of people are fairly set in their political opinions, there may still be a potential audience who would shift their positions if somebody from our camp actually “got them in a room.” Indeed, over the two years I’ve been running Current Affairs, I have had a lot of letters from people who say they have changed their minds on things because of articles they’ve read here, or have inflicted our articles on friends who have then changed their minds. (I know for a fact I’ve gotten a couple of Ben Shapiro/Jordan Peterson fans to like these guys less, but I doubt Ben Shapiro and Jordan Peterson have ever peeled off a Current Affairs subscriber. That means I am winning.)

Unfortunately, the American right has been phenomenally successful at building its media apparatus (even while insisting it is being persecuted and silenced by leftists). FOX News has successfully dragged public opinion rightward and right-wing talk radio is still huge. We can of course scoff at some of this by concluding that it’s because large amounts of money have been spent to build propaganda organs. Sure, the conservative YouTube channel Prager University has gotten a billion views. But it’s also funded by fracking billionaires. How can the left hope to compete with that? YouTube is an interesting case, though. Sure, PragerU has a multi-million dollar budget, but political YouTube videos aren’t actually that costly to make. PragerU videos may have fancy graphics and high production values, but often they simply consist of a single person standing still while jabbering. And the PragerU people are dedicated to doing for the right exactly what I try to do for the left: produce clear, simple explanations of why a position is correct and people should hold it. Five minutes on why we should Build the Wall, or five minutes on why there’s a war on boys, or five minutes on why the gender wage gap is a fiction. Each is clear, succinct, and persuasive, as well as completely wrong.

These videos have millions of views. If the same holds true for opinion videos that holds true for opinion columns, they are probably persuading a good number of people. Of course, most of the audience is probably already conservative, but even if 90 percent of viewers already agreed, there is still a lot of persuasion occurring. And the “reinforcement of existing beliefs” effects matter, too. The people who believed we should Build the Wall are probably even more convinced now, and even more work will need to be done to soften them. Remember also that each viewer is a person who will go out into the world and talk to other people. They will carry with them whatever “talking points” they have picked up from things they have read and watched. And they will use those talking points in discussions with friends, who may themselves be convinced. Opinion writers are kind of like “rhetorical arms dealers,” in that they provide the weapons that people will ultimately use to spread their views. Jordan Peterson gives a person an argument for why irrational feminist snowflakes are ruining the West, an argument that person will go out and try on others. My job is to give other people an explanation of why this argument is stupid, so that they won’t be intimidated or persuaded when confronted by the PragerU alumnus or Peterson Patreon donor in their life.

The right is conquering YouTube, and there’s absolutely no reason why it should. All of the main political ranters on the platform are conservative. Tom Whyman argues, correctly in my opinion, that while the left does very well on Twitter (in part because Twitter is a place for wit and wordplay, which the right are usually terrible at), progressives can’t cede YouTube since it’s creating millions of new conservatives:

[The] left have the tweet, and the right have the solo rant to camera. This would, in a way, be fine – except that it turns out the solo rant to camera is a vastly better way of converting people than the tweet is. There are, I think, a number of reasons for this. In contrast to the tweet, the video rant allows the speaker to set themselves up as an authority, never really having to deal with the questioning, sarcastic audience that any tweeter does (YouTube has below-the-line comments, of course, but that’s a very odd ecosystem, and easy to ignore). Moreover, the fact that the vlog is an oral medium gives it a greater immediacy, so the audience can, for instance, feel the speaker’s anger. On both counts, it’s easy to see how the solo rant to camera might turn out to be more persuasive.

My friend Benjamin Studebaker recently noted that one likely reason Kanye West has begun saying dumb shit about Trump is because Kanye West pays attention to a YouTube star called Candace Owens, who rants about Democrats. But while Studebaker does an excellent job patiently explaining why Owens is wrong, on YouTube there isn’t much left rebuttal. This may be because, as Whyman says, the “solo rant to the camera” is an “inherently” authoritarian form of communication. But I think that might be a cop-out; writing, too, can be a bit of a bludgeon. There’s no real reason why we shouldn’t have a serious competitor to PragerU, even if its lack of fracking money somewhat limits its reach. It is cheaper than ever to produce quality content, and the right have taken advantage of this.

I think one reason the left loses is that we don’t think carefully about how persuasion actually works. We like to think of ourselves as high-minded, and have a bit of disdain for things that are “simplistic” or intended for “mass consumption.” But I think that mentality is politically misguided. As I’ve written before, conservatives like Dinesh D’Souza produce often far more accessible and clear explanations of their arguments than we do. That becomes especially troubling when we realize how far-right movements emerge: People’s paths to the fully Nazi parts of the alt-right often consist of “baby steps”: Steadily they are exposed to more and more extreme perspectives. Someone has to be out there dragging these people out of the current before they’re sucked towards the waterfall.

That’s one reason why I love Jacobin and am excited for their upcoming documentary on socialism, which is now seeking funding on Kickstarter. (Which is where Current Affairs began.) They understand that the left has to take time to answer people’s basic questions, to be professional and to understand and take advantage of the dynamics of media. Founder Bhaskar Sunkara had a remarkable insight in realizing that the left needed to take media as seriously as the right does. His efforts to produce something credible and stylish inspired my own decision to start a publication, and while both of us still have small audiences compared with FOX News, the enthusiastic responses of subscribers have been encouraging.

Anyone who detests the values of Dennis Prager and PragerU, as I do, has to study their success carefully. Persuasion matters, rebuttals and counter-programming matter, and we can’t cede ground to right-wing billionaires.