What Is The Point Of Political Media? 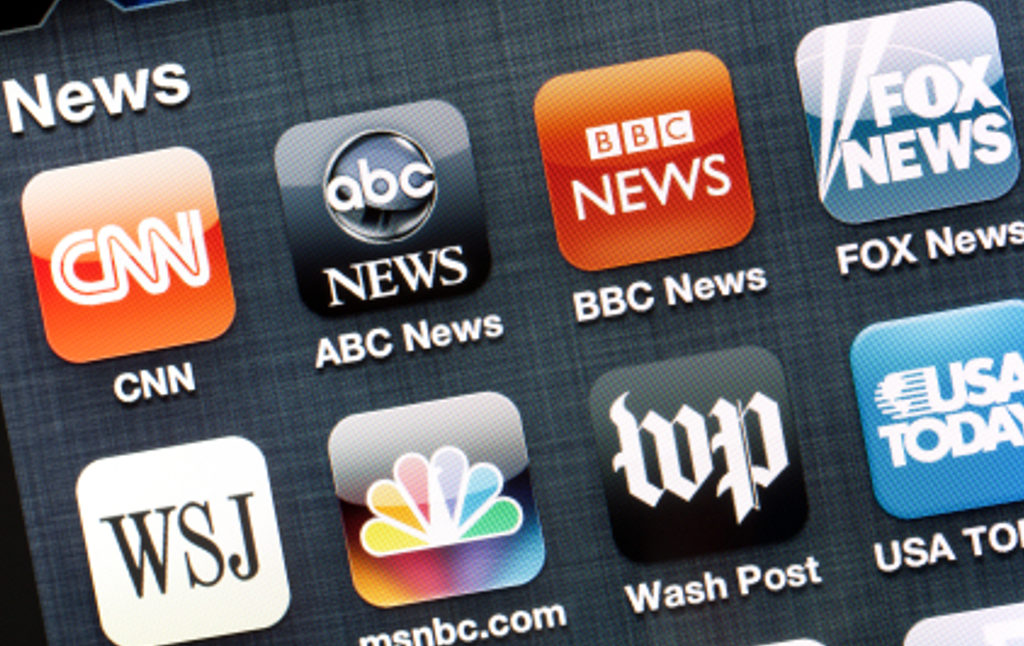 It’s tempting, when you write about politics, to think that you are useless. And if the received view of political media is correct, you probably are: people choose the news sources that they agree with, thus you’re speaking almost entirely to the already-converted. Financiers read The Wall Street Journal, liberal professors read The New York Times, alt-righters read Breitbart, racist uncles watch Fox News, democratic socialists read Jacobin, Stalinists read CounterPunch, and insufferable policy nerds read Vox. Every media outlet just reinforces already-held beliefs, news consumers build themselves an echo chamber, etc. It might even be worse than that: Ryan Cooper of The Week says that “95% of journalism is infotainment for the upper middle class,” meaning that even when the content is ostensibly “political,” in its function it bears no real relationship to politics. It’s just something for people to look at, with The New York Times serving roughly the same purpose for upper-middle class liberals that wrestling and motor racing serve for a different demographic.

There’s certainly good reason to be skeptical that journalism does very much. The idea that we should read the news to “be informed” has always seemed strange to me, since the process of becoming informed is treated more as a ritual than as an act with any obvious utility. That’s especially true because the entire concept of “news” is somewhat irrational. It’s not just biased toward the sensational and toward treating some people’s lives as more important than others, but it leads us to have a fundamentally warped view of the world, because it prioritizes sudden events over continuous facts.

But it’s important to distinguish between the statements “media doesn’t do very much good” and “media doesn’t do very much.” The fact that something is “infotainment” doesn’t actually mean it doesn’t have an effect, insofar as being drunk off infotainment can affect a populace. Every time I watch CNN I am conscious of the fact that I am not learning anything and slowly having my brain deadened. That in itself, though, means it is doing far more than simply parroting back my own opinions and worldview. I am far more inclined toward the “manufacturing consent” view of media, which says that mass media functions to spread an ideology favorable to the economic interests of those who own it, rather than the “echo chamber” view, which seems to suggest that media entities simply reflect and reinforce people’s existing inclinations.

It’s important to adopt the view that media creates people’s biases rather than reflecting them, because this has been precisely the philosophy guiding the creation of right-wing media, which has been incredibly successful in actually affecting its audience’s worldviews. A study of the effect of FOX News on its viewers showed that it had an impressive power of persuasion. When FOX News was introduced into a local television market, it succeeded in turning people more conservative; the study authors found that “Republicans gained 0.4 to 0.7 percentage points in the towns that broadcast Fox News,” concluding that “Fox News convinced 3 to 28 percent of its viewers to vote Republican, depending on the audience measure.” There’s a huge gap between 3 and 28, of course, but actually shifting people’s opinions to any measurable degree is an impressive accomplishment, and can make a difference in places where elections can turn on small margins.

Of course, we know that propaganda works, otherwise we wouldn’t have the advertising industry. The American people wouldn’t have spontaneously decided to support a war in Iraq in the absence of a campaign by the Bush Administration to persuade them that such a war was necessary. Woodrow Wilson’s Committee on Public Information had massive success in turning a skeptical public into wholehearted supporters of U.S. entry into World War I. While there is mixed evidence about whether political attack ads work (and advertising executives obviously have an interest in convincing people that they do), if we believe that people’s opinions are shaped by factors external to themselves, then it’s probably possible to at least marginally bump them in one way or the other.

One way I think this actually works is that the media provide people with the “talking points” that they use in their day to day lives. And even when a media outlet isn’t persuading its readers, it’s handing the readers a set of opinions and facts that they will then use in discussion with other people around them, sometimes persuasively, sometimes not. It could be that pretty much every person reading Jacobin is on board with single-payer healthcare, but that by handing those people a stack of facts about why single-payer makes sense, and where the criticisms of it go wrong, you strengthen those people’s ability to be ambassadors for left policies as they go about their lives.

One moment when I realized just how powerful the media could be was when I heard two store clerks in a New Orleans jewelry store discussing Bernie Sanders. One said to the other something like “Yeah, but what about all the Bernie Bros? I mean the whole thing just seems to me to be the Bernie Bros.” And the other person kind of floundered. I thought to myself “My God, is this going on all over the country?” Some guy writes a 1000-word article in The Atlantic, coining a silly pejorative term on the basis of absolutely nothing, and it spreads everywhere and shapes the very way that people talk about left politics. It was frightening, because it seemed as if little chunks of catchy rhetoric had significant power to get ordinary people talking about politics in different ways.

Because so many on the left are materialists, many of them are skeptical of the power of ideas. That seems like a mistake: even when you’re just preaching to the choir, what you say to the choir will affect what the choir says to their friends, and political rhetoric can spread like a disease. Conservatives have realized that media is incredibly powerful: the Tea Party was born from the media, Trump was born from the media. Neither had true grassroots backing, they just had the power of television. But if you say a thing enough times it becomes true: Trump became viable because he said he was, Bernie Bros became a campaign issue because people said they were. The reason I’m in media is that I think its powers are actually underappreciated. The National Review helped revive the fortunes of conservative ideology by feeding ideas to a movement. FOX News turned many perfectly nice relatives intolerable. If the left is to reverse the effect, we need to think about how media works and how to use it for good.

The implicit thesis of this article is that donating to Current Affairs is crucial to the future success of the left. Help us build the kind of independent media institution that will transform the ideological landscape!

The Deep Roots of Greece’s Asylum Catastrophe Weekly Editorial Roundtable: Quarantine Sports Edition In The Middle of a Pandemic, Our For-Profit Healthcare System Is Failing Us Notes on a Nightmare #4: The Criminality of Donald Trump Welcome to IDF Fantasy Camp