How To Live Without Rules 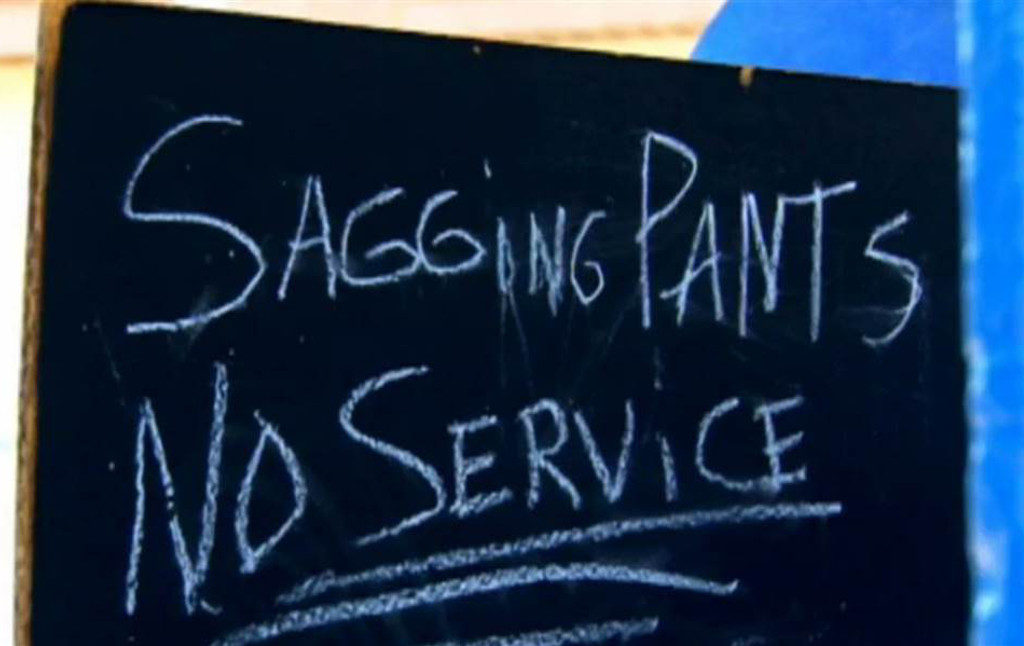 In law, a distinction can be made between rules and standards. A rule is very specific. It doesn’t allow for much wiggle room. No shirt, no shoes, no service. A standard is less precise, though not necessarily any less strict. All visitors must wear appropriate attire. A standard requires interpretation; there needs to be someone empowered to determine what constitutes “appropriate” attire. A rule may sometimes still require interpretation (is a string vest a “shirt”?) but generally leaves judgment in the hands of the rule-maker rather than the rule-interpreter.

Both rules and standards have their problems. Rules often fail to account for exceptions in a way that leads to absurdity. I might be wearing shoes and a shirt, but no pants, and insist that the proprietor should allow me to enter. (“Inclusio unius est exclusio alterius!” I shout as they drag me away.) Yet standards can lead to inconsistent and erratic results, and because they vest power in individuals, the enforcement will often reflect those individuals’ particular biased judgment. For example, with the standard “appropriate attire must be worn in the theater,” we may be encouraging busybody ushers to start picking on people they personally consider scruffy, and they will probably end up being racist. (Rules can have the same effect, though. See photo above.) Getting the balance of rules and standards right is extremely difficult. In a 1920s Supreme Court case, Oliver Wendell Holmes and Benjamin Cardozo had a famous argument over which should apply at railway crossings: a rule that drivers of cars should always stop and look, or a standard that drivers should be reasonable and prudent? It’s depressing to consider the amount of time lawyers have spent debating such questions over the centuries.

In my critique of Jordan Peterson and his 12 Rules for Life book, I offered a challenge to leftists: Peterson’s rules may be silly, but what better advice do we have? In response, my friend Benjamin Studebaker has written a set of “rules for living in sad times.” They are very sensible: recognize the situation, keep shooting, get political, diversify your life, don’t exploit people, don’t let people exploit you, remember the situation is nobody’s fault, stay friends with yourself, and always take your vacation. Studebaker is offering guidance for the particular kinds of challenges that hopeless millennials face. They are confronted with a dilemma: they are trapped in a highly unequal economy, living under a political system that is totally unresponsive to their needs. Studebaker is trying to help people feel in control of their lives without denying the structural obstacles to their progress. Peterson failed at the second part because he didn’t recognize how the economic circumstances people find themselves in can constrain their choices. Studebaker’s advice is far more sensitive and useful.

But I also think that leftists should challenge the very idea of giving people particular sets of “rules” to govern their own lives. There is something inherently conservative about this, because “rules” suggest deference to the authority of the rule-maker rather than the judgment of the person trying to follow the rules (i.e. you). Rules tend to be inflexible, and if we encourage people to live their lives by following sets of pre-made rules, we discourage them from developing their own judgment, and from discarding the rules when the rules don’t work. Rules lead you to trouble. A silly example: Peterson’s Rule 12 is “pet a cat when you encounter one on the street.” But what if I don’t want to pet a cat? What if the cat doesn’t want me to pet it? The rule only works if we generalize it into more of a standard (“stop and smell the roses” or something like that), though in that case it doesn’t help us answer the actual difficult questions we will face in applying that standard (How long should I spend sniffing roses? What if I am procrastinating? How do I decide between the important frivolity and the frivolous frivolity?)

You can’t come up with “rules for life.” That’s one of the problems. Life is unpredictable. It’s full of dilemmas. The left position on advice and self-help should tend away from proffering a set of formulas for proper living. Instead, we should be offering people guidance for how to think through dilemmas on their own. The important difference is in who makes the judgment call: should you defer to the benevolent “father figure” who handed down his commandments, or should you simply use what he says as raw material to be used in crafting your own judgments? The conservative ethic is toward deference to tradition and hierarchy: the existing order has things figured out, your job is to Stand Up Straight, Clean Your Room, and Do Your Job. But we know the direction this leads: “I was just following orders.”

The left ethic is toward self-determination: the people decide, not the rulers. We want to help people think for themselves, rather than doing their thinking for them. Studebaker says the left is “queasy about paternalism,” and he is right. But that’s because we recognize that situations differ, that it’s not my place to tell you what to do with your life. Who the hell am I, after all?

I agree with Studebaker, though, that if taken to its extreme, this can lead to a reluctance to offer guidance and counseling. And many of us could use a bit of guidance. People turn in droves to advice books because the world is weird and scary and decisions are extremely difficult to make without help. We depend on each other to make it through this thing (whatever it is), and if one half of the leftist ethic is “individual self-determination” the other half is “mutual aid” (a.k.a. the “libertarian” and “socialist” parts of libertarian socialism).

That’s why I think it’s valuable to distinguish between highly specific rules and more general standards or principles. (Principles might be considered one level more abstract than a standard, but that gets into lawyerly hair-splitting.) I don’t hesitate to prescribe a set of principles that I think are good: I believe everybody ought to be compassionate and humane and that taking advantage of people is wrong. Yet I realize it would be arrogant to come up with a list of every imaginable scenario and tell everyone the right and wrong answer to each of the moral problems they will conceivably face. The question of how to apply principles in specific cases must be resolved through experimentation and experience. I can tell you I don’t believe one should be greedy when others are suffering. But I haven’t yet sorted out what kinds of luxury and indulgence are justifiable, and I don’t have a fixed “rule” for what constitutes a morally defensible income level.

I don’t think Studebaker disagrees much with me here. His “rules” are much more like principles, and, while they are prescriptive, they are leftist in their openness and their deference to individual judgment. But questions about “rules/standards/principles” are fundamental to the liberal-conservative divide. Antonin Scalia believed the Constitution provides a fixed set of rules, without much room for interpretation. More liberal justices believe the Constitution provides a set of standards, standards that will be applied using an evolving set of social values. (My idiosyncratic personal view is that the Constitution provides a fixed set of rules, but shouldn’t.) The conservative complaint about the liberals is that standards and principles make jurisprudence mushy and subjective. The liberal complaint about the conservatives is that “the law is the law” leads you to killing children. But very few people have an actual principled stand here, and the positions often flip when individuals’ political preferences conflict with their ostensible stance on rules. When the laws are bad, I want judges to have discretion, but when the judges are bad, I want the laws to rule. (But perhaps even that is the consistent application of a principle, namely that good things should happen instead of bad things.)

There is no abstract answer to the question of whether people should follow “rules,” “standards,” or “principles.” The difference between these things often isn’t even clear, and in our lives we adhere to a mixture of the specific and the general. (I use “do not leave the office without checking your pocket and making sure your keys are there” as a rule, and “try not to be an asshole” as a standard/principle.) But generally, I am wary of specific rules, and prefer general heuristics. I associate rules with inflexible bureaucracies (e.g. the Massachusetts DMV official who refuses to give you a drivers’ license because the electric bill you brought as proof of address was just shy of the appropriate range of dates, or the postal worker who refuses to process your application for a periodical mailing permit because you made some minuscule error in filling out the form, even though you totally complied with the spirit of the form. These are purely hypothetical.) Standards allow for much more adaptation to individual circumstances, and reduce the number of instances in which injustices are perpetrated solely in order to uphold a set of rules that were never designed to account for the present situation. The downside is that they require good people, who are capable of making decisions well. But that’s the difference between the left and the right: the left believes in people, and we think that if given guidance and principle, everyone is theoretically capable of fashioning their own destiny. That’s not a hard and fast rule. But it’s a pretty good standard.