The Limits Of Loving Your Enemy 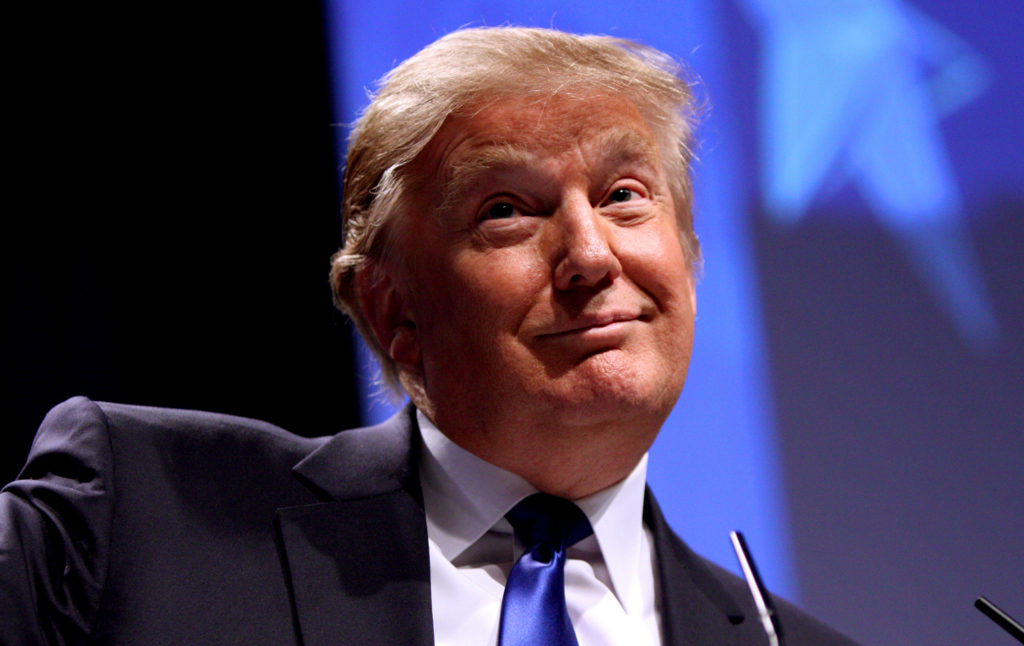 Does hatred belong in politics? Does justice require hating injustice, or is it enough to love humanity?

Nobody better tests one’s commitment to the “love your enemy” doctrine like Donald Trump. He is a man who is almost impossible to love, because he has almost no likable or relatable qualities whatsoever. He stands out for his greediness even among billionaires; most super-wealthy people at least make a superficial effort to appear philanthropic, but Trump literally used his “charitable” funds to buy an enormous portrait of himself. As far as I can tell, having read extensively about his life from his childhood to the present, he has never done a single generous or selfless thing. Even when he gave a eulogy at his father’s funeral, attendees reported that he somehow managed to make his speech about himself rather than his dad. Poor Hillary Clinton was given the ultimate “gotcha” question when she was asked at a debate to “say something nice” about Trump: there is nothing nice to be said. Clinton wriggled out the best she could, by praising Trump’s children, but in truth just about the best thing that can be said for them is that they aren’t him.

I try to be a strong believer in the principles of universal empathy and compassion. Even if you find a person completely intolerable, you ought to try to see where they’re coming from and be charitable in your judgments. Writer Viet Thanh Nguyen says he tries to “feel for [Trump] as a human being,” because this is part of being a good person. Yet I find this nearly impossible. Not only was Trump never even sympathetic as a child (he was a rich bully from the start), but his entire character seems reducible to a series of appetites: for power, money, fame, attention, sex, dessert. He almost never laughs and he is unpleasant to everyone.

“Bless those who curse you, pray for those who mistreat you… Even sinners love those who love them… but love your enemies, do good to them, and lend to them without expecting to get anything.” I am not a Christian, because I find the metaphysical aspects of religion too incoherent to believe, but I feel as if the people I most respect are the people who have managed to take the “bless those who curse you” doctrine most seriously, e.g. Martin Luther King. (I realize there is an argument that by subscribing to Christian moral tenets without believing the theological justifications for them I am being hopelessly irrational.) “Do good to people who mistreat you” does feel to me like the morally correct way to live, because it encourages you not to “sink to others’ levels” and to be a better person than those who do things you deplore. A Golden Rule that said “do unto others pretty much what they have done unto you” would be license to pay blow for blow and become wrapped in a cycle of hatred and vengeance. “Be the person you wish they had been,” on the other hand, is a principle that would gradually improve the world if people began to take it seriously.

I can’t tell whether I think hatred is a good thing. At first I say to myself: “You should have love in your heart for all, and you should view hatred as a weakness to be overcome.” But then I think: “Well, can’t I hate injustice? Can’t I hate those that perpetrate acts of cruelty? Why on earth should I love the unlovable? If one ‘loves one’s enemy,’ they are not really one’s enemy, and we are just being encouraged not to have enemies. But perhaps we should have enemies. A mindset that discourages hatred and anger might end up reducing the amount of outrage we feel about things we should be outraged about.

The way to deal with this, I suppose, is to adopt a “love the sinner, hate the sin” approach in which we like people even as we lament what they choose to do, and we hold out hope that they will redeem themselves. But is it truly possible to separate “the person” from “all of that person’s beliefs and actions”? What are you “loving,” and haven’t we drained “love” of some of the meaning that it has to have in order to count for anything? Perhaps “love” and “hate” aren’t even appropriate categories here anyway, and we should restrict them to their proper domain. “Love” should just refer to those things in one’s ordinary life that are adored, like family members or blueberry cobbler. “Hate” is something we feel about bad movies. As for dictators, torturers, and presidents, it’s not that I “hate” them, it’s that I am trying to get them to stop committing actions I object to.

Can we remove emotion from politics, though? I don’t know if it’s either possible or desirable. I would be lying if I said my chief political motivation is the “maximization of social utility.” Anger is a significant part of it: people who use their power to make others’ lives harder make me furious. I hate them and I want to see them vanquished. Not punished, mind you.  Just vanquished. I don’t wish to see any harm come to Donald Trump, because I am not sadistic or vengeful. But hatred doesn’t feel as wrong as perhaps it ought to.  (Furthermore, it may be easiest for someone like me, who has suffered very little in my life, to release myself from anger. Privileged people are often able to have a “genteel” approach to politics because they are more isolated from the human consequences and thus less susceptible to the passions that those consequences generate. My life is fine, so I can love everybody. For someone who has seen their loved ones suffer or die as the result of particular people’s acts, love for all may be a completely unfair ask.)

In the process of trying to make my opinions more consistent, I keep coming back to my feelings about prisoners: murderers are in the category of people who “do harm to others” yet in that case I am quite easily able to separate “sin” from “sinner” and view a person as more than their single worst action. The doctrine of “loving those who do wrong” seems to present no inner difficulty or tension when I apply it to ordinary people who have inflicted terrible harms on others. Perhaps politicians just feel different, whether it’s because they’re less human generally (the kinds of people who commit murder are often multi-dimensional, whereas the kind of people who seek elected office aren’t?) or because I don’t know them personally or because their wrongs are still ongoing. The “ongoingness” part seems to matter somewhat: I would happily visit George W. Bush in prison and help him with his reading assignments, but before then I would never accept an invitation to go to Crawford to bond with him during an afternoon of brush-clearing. I could start to feel warmth toward Trump the moment he quit the presidency and apologized for having been himself for so many years. But I can’t cling to some small sliver of his humanity until he actually displays one.

Then again, I can’t help but keep thinking about the biblical reminder: Even sinners love those who love them. The hard part isn’t loving lovable people, but loving unlovable ones. Being a good person isn’t easy, so if you’re not trying to do something that seems impossible, you’re probably not being the best person you could be. It was not because he was just a bubbly person that MLK managed to love the white people who despised him; it took a hell of a lot of inner strength to overcome the natural (and seemingly perfectly justifiable) feelings of antipathy and loathing. I am not this strong myself. I feel hatreds, and I feel justified in having those hatreds. But I can’t help but think that I will be a better person, one I respect more, once I learn to rid myself of them and love the people who cannot be loved.