Good Riddance To An Abusive Creep 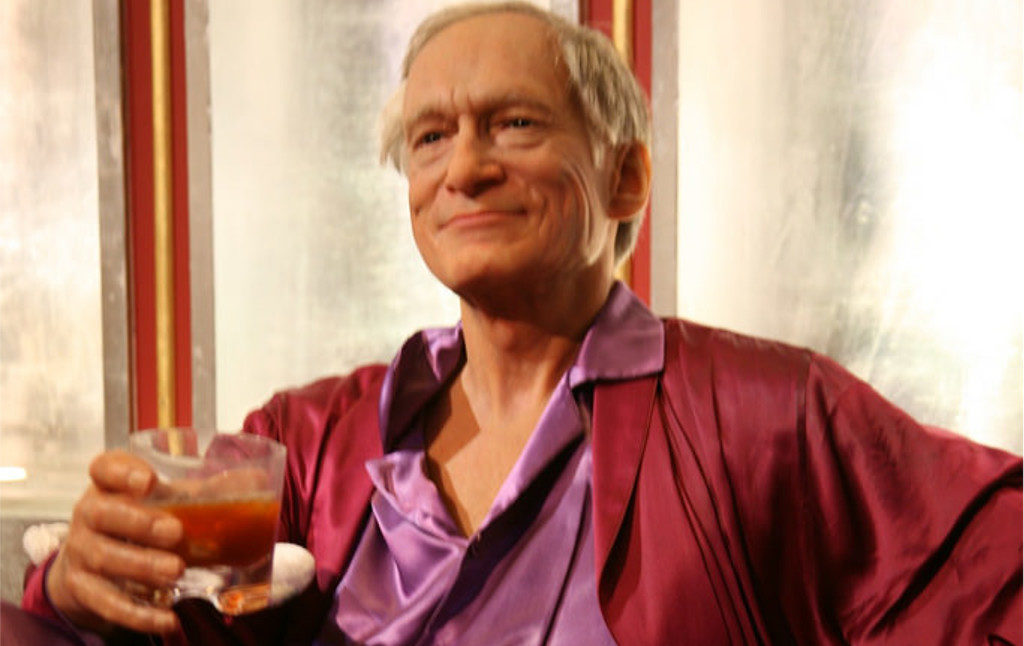 Hugh Hefner was not a good person. From the accounts of its residents, Hefner’s Playboy Mansion functioned a lot like an internment camp. Hefner exercised totalitarian control over his “girlfriends”: they had a 9pm curfew, and if they violated it Hefner would burst into tears and tell them they should move out. He instituted a strict set of bizarre rules, including forcing each girl to wear matching pajamas. (“If you do something wrong, you’ll get an email. There’s a strict code of conduct.”) He “would constantly create drama and infighting among his girlfriends by randomly changing his long-held positions or household policies to favor one over the rest of them.” He would selectively belittle girls (“You look old, hard, and cheap“), talked down to them and “frequently made them cry.” He pushed Quaaludes on the girls, referring to the drugs as “thigh-openers.” According to Holly Madison, who spent years living with Hefner, he was manipulative, cold, and totalitarian. He refused to use condoms or be tested for STDs, and would require depressing group sex at regularly scheduled times. Each week the girls would have a scheduled time to go to Hefner to receive their “allowance,” and he would threaten to withhold their payment if they had dissatisfied him or broken a rule. As Madison writes:

We all hated this process. Hef would always use the occasion to bring up anything he wasn’t happy about in the relationship. Most of the complaints were about the lack of harmony among the girlfriends — or your lack of sexual participation in the ‘parties’ he held in his bedroom. If we’d been out of town for any reason and missed one of the official ‘going out’ nights [when Hefner liked to parade his girls at nightclubs] he wouldn’t want to give us the allowance. He used it as a weapon.

Madison became severely depressed over her years in the mansion, after she realized the security gates were there to keep her locked in, and began thinking suicide might be her only way out. Two other girls who spent time in the Mansion were clear: it was “like being in prison.”

Hefner, then, was a domestic abuser. That’s the name we have for this type of person. What kind of person imposes a curfew on their “partner” and locks them inside a mansion, dictating their clothes, regulating their personal interactions, and chastising them for breaking his “rules”? This is tyrannical and horrifying.

If you read the obituaries for Hefner today, though, you won’t really get a full sense of the man the Boston Globe describes as “the pipe-smoking, Pepsi-quaffing founder of Playboy magazine, whose cheerfully prurient vision of the good life made him a founding father of the sexual revolution.” The BBC begins:

Hugh Hefner created a fantasy world for millions of men but unlike most of his readers, actually got to live the dream. He successfully tapped into a new generation of Americans who were enjoying rising standards of living in the boom years of the 1950s and 60s. A political activist and philanthropist, he produced not just a magazine, but a whole lifestyle. And in Playboy’s famous bow-tie-wearing rabbit he launched one of the most recognised brands of the 20th Century.

As much as anyone, Hugh Hefner turned the world on to sex. As the visionary editor who created Playboy magazine out of sheer will and his own fevered dreams, he introduced nudity and sexuality to the cultural mainstream of America and the world. For decades, the ageless Mr. Hefner embodied the “Playboy lifestyle” as the pajama-clad sybarite who worked from his bed, threw lavish parties and inhabited the Playboy Mansion with an ever-changing bevy of well-toned young beauties.

And the New York Times:

Hefner the man and Playboy the brand were inseparable. Both advertised themselves as emblems of the sexual revolution, an escape from American priggishness and wider social intolerance. Both were derided over the years — as vulgar, as adolescent, as exploitative, and finally as anachronistic. But Mr. Hefner was a stunning success from his emergence in the early 1950s. His timing was perfect. He was compared to Jay Gatsby, Citizen Kane and Walt Disney, but Mr. Hefner was his own production. He repeatedly likened his life to a romantic movie; it starred an ageless sophisticate in silk pajamas and smoking jacket, hosting a never-ending party for famous and fascinating people.

One of the most remarkable tendencies in American media is its capacity to whitewash the misdeeds of truly horrible people, whether it’s the New York Times talking about what Henry Kissinger wears to lunch at the Four Seasons, or the New Yorker raving about George W. Bush’s paintings without mentioning the fact that 500,000 Iraqis died in a war he launched. Multiple women have said that Hugh Hefner essentially imprisoned them in his house and demanded sex from them. Holly Madison says she nearly killed herself because of his treatment. Apparently, though, this just makes him the “embodiment of the Playboy lifestyle.”

Of course, the “controversies” about Hefner do get mentioned. Here’s the New York Times:

Mr. Hefner was reviled, first by guardians of the 1950s social order — J. Edgar Hoover among them — and later by feminists. But Playboy’s circulation reached one million by 1960 and peaked at about seven million in the 1970s.

Look at this remarkable passage. Feminist criticism of Playboy, which centers around its embrace of the very kind of disgusting treatment of women that Hefner himself practiced, is lumped in with the persecutions of J. Edgar Hoover. “Sure, buzzkills like the Feminazis and Hoover came after it, but the circulation was incredible.”

The feminist criticism of Playboy has always been obviously correct. Hefner literally reduced women to little bunnies who existed entirely to suck his penis. Of course, there’s plenty of mention in the obituaries of Hefner’s “highbrow” aspirations. In his words “We enjoy mixing up cocktails and an hors d’oeuvre or two, putting a little mood music on the phonograph and inviting in a female acquaintance for a quiet discussion on Picasso, Nietzsche, jazz, sex.” But it was always clear that the intellectual side of Playboy was strictly for men: he refused to discuss politics or literature with any of his girlfriends. They were there for him to have joyless unprotected sex with whenever he pleased.

Hefner’s Playboy was committed to destroying the idea that women were people. As the Times quotes, Hefner demanded his writers go after feminism in the magazine’s pages:

“These chicks are our natural enemy. What I want is a devastating piece that takes the militant feminists apart. They are unalterably opposed to the romantic boy-girl society that Playboy promotes.”

That “romantic boy-girl society” was the “dream” Hefner frequently said he lived. It was little more than the dream of tyrannizing over women while wearing a bathrobe.

The world of Playboy was a profoundly sad one. In photos, Hefner never looks particularly happy, and he was a recluse who didn’t even seem to enjoy the copious amounts of sex he had. (“There was zero intimacy involved… No kissing, nothing.”) Hefner’s fantasy lifestyle was inhuman in every way. It was sex as something mechanical and lifeless, something one did because it was the thing that made you a Playboy, rather than because of true passion. That’s the dark secret about Hefner: he wasn’t even a hedonist. A hedonist pursues pleasure. Hefner didn’t even care about pleasure. He cared about the taming and conquest of women.

There’s an important critique of libertarian morality to the Hefner story, too. Hefner was an advocate for freedom from all kinds of government restraint, a champion of the First Amendment and abortion rights (as every obituary has reminded us repeatedly). He was a “passionate libertarian.” Hefner also believed he was changing American morality, saying: “What it really comes down to is an attempt to establish what has been called a new morality… really think that’s what this thing called the ‘American sexual revolution’ is really all about.” (This is taken from the NYT’s charming compilation of Hefner’s “Most Memorable Interview Moments.”) Here we see exactly what happens when “freedom” is taken to be a moral philosophy in itself. Like many libertarians, Hefner wanted to be free, but he wanted to be free from government tyranny only so he could exercise a kind of unaccountable private tyranny. As with libertarianism always, “freedom to be a dick” seems to be the goal. He wanted to establish a “new morality” that would simply let him do as he pleased to women, without any ethical constraints. “Liberty,” while essential, is meaningless unless it is also coupled with a set of standards for how people should actually behave toward one another.

I am not actually celebrating Hugh Hefner’s death. It’s sad when people die. By “good riddance,” I don’t mean that I take personal pleasure in his death, but that the world will be better once it rids itself of Hefner’s values. And since Hefner himself was an evangelist for those values until his last days, we are better off without him. (I felt the same way when Antonin Scalia died. I didn’t want him to die; I would have preferred that he had remained alive and simply renounced his horrible beliefs and become a good person. But he never did, so we had to settle for death.)