The Obamas’ Factory Documentary Declines To Side With Workers 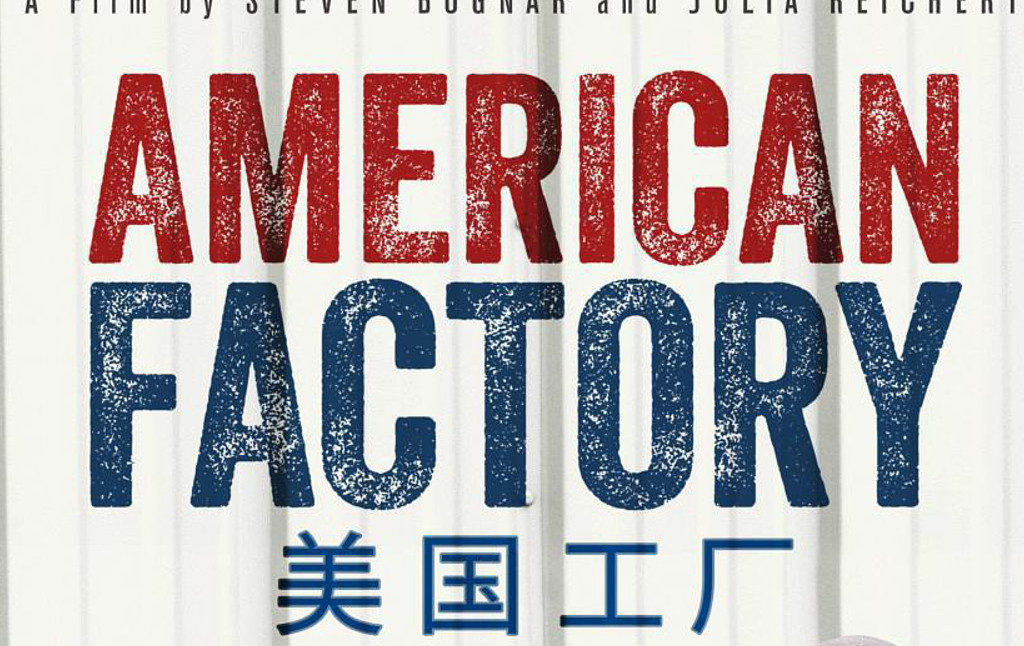 Of course it shows “both sides” of a labor struggle..

If you want to know what was wrong with Barack Obama’s presidency, watch the new documentary American Factory, now available for streaming on Netflix. It’s the first film from Barack and Michelle Obama’s new production company, Higher Ground. American Factory tells the story of a former GM plant in Dayton, Ohio, which closed in 2008 and reopened several years later as a division of the Chinese Fuyao Glass company. The documentary follows the Dayton residents who get jobs at the Chinese company, and the Chinese managers and owners who come to the United States to oversee the new plant.

As American Factory was being filmed, some of the Fuyao workers were attempting to organize a union. The film offers glimpses of the workers’ grievances: People are being paid less than half of what they made at GM (one woman’s pay has gone from nearly $30 an hour to around $12), and they complain of unsafe working conditions. We see one man who has been badly injured on the job, and meet a woman who has declined to follow an order to do something extremely unsafe. They have little to say about what goes on at the company, and morale appears to be low.

Fuyao’s Chinese managers are remarkably open about their desire to bust the union by any means necessary. The company chairman orders his subordinates to prevent unionization, and managers speak on camera about their plans to fire those they know to be pro-union. It’s fairly remarkable, actually: If you want to know how companies stop unions from forming, American Factory offers some great evidence of their scheming. The chairman is horrified when Sen. Sherrod Brown is invited to speak at a company event and declares his support for employees’ right to a union. Fuyao pays $1 million for a consulting company to prevent the employees from unionizing, dragging the workers into mandatory meetings where they are told that if they dare try to unionize, their lives will be made miserable and they will likely be replaced. Eventually, the NLRB election is held, and the union loses overwhelmingly.

You would be wrong, however, if you thought the message of American Factory would be about the struggle of ordinary workers against their exploiters. In fact, the filmmakers have made clear that they deliberately avoided sending a clear message. As co-director Julia Reichert explained in an interview, the filmmakers wanted to take a certain Obama-esque apolitical stance:

In the editing room, we really, really made a point of bringing out the different points of view in a respectful way. I hope we succeeded. I think that’s why President Obama and the first lady wanted to choose our film to be their first release. The name of their company is Higher Ground. They want to take the higher ground. They want to embrace books, movies, television that take the higher ground, that don’t have an axe to grind, and that aren’t polemical, or don’t take a political side. We tried really hard to do that, and I think they honored that.

A billionaire factory owner versus a group of laborers trying to form a union, and you’re not going to take a political side? You can see from this how Obama’s idea of being morally elevated—taking the “higher ground”—actually means declining to take important moral stands even when the stakes are high and the justice of the situation is clear.

In American Factory, this means that the factory owner is given much more screen time than the union activists. We see his anguish, his laments. We do not get much background on the union organizers: how the campaign started, how many people are part of it, how they go about talking to other workers. Most of the time, the union campaign is a shadowy presence in the background, though we do see a few minutes of a rally and some workers singing “Solidarity Forever.”

Worse, the film often seems to imply that while Chinese workers are loyal and hard-working, American workers have unrealistically high expectations. The film focuses a lot on supposed “cultural differences” between American and Chinese workers, with the Chinese workers happily working 12-hour days and seeing their families only once or twice a year. “The Chinese folks are really on a mission for the company to succeed, but also for their country to succeed. The Americans felt no such sense of mission,” as Reichert put it. The film even plays the Americans’ obesity for a laugh, as one of the workers struggles to fit into his safety belt. We are losing the Global Competition because we are simply not good enough. Perhaps if we worked harder and stopped making so many demands, we wouldn’t be Losing To The Chinese.

Now, that’s only one way of interpreting the film, because the filmmakers have deliberately tried to make sure it doesn’t send any single message too clearly. As the Vox review put it, the filmmakers “capture a well-rounded view of what happened that neither demonizes nor glosses over the conflicts” and it “resists easy generalizations.” It’s more just a meditation on Big Themes, like Globalization and Automation and the Future Of Work. It tells “human stories” and explores Important Contemporary Economic Issues, but as Vanity Fair concluded, while it’s “bleak” it’s never “angry.”

Obama was always a guy who thought every story had two sides. There was no red or blue America, apparent political and economic conflicts were just a mirage. American Factory shows exactly that attitude. Like Obama, it’s not unintelligent. It’s incredibly well-made and skillful, just like Obama’s speeches. But it also misses the heart of the story unfolding in front of it. It sees “cultural clashes” between the Americans and the Chinese as the story, when the actual story is that both American and Chinese workers are being brutally exploited by their employer. The film attributes the long hours and low pay that Chinese workers experience to a different “work culture,” never questioning whether perhaps Chinese workers are not, in fact, happy beneath their smiles, and whether perhaps they, too, deserve a real union and a militant labor movement.

Barack Obama’s post-presidency has starkly revealed his real convictions and loyalties. It was just about possible, while Obama was president, to maintain that while he was a left progressive at heart, he was constrained by Political Reality, which explained his disappointing failure to deliver real material gains for working people. But once you’ve stopped being president, you can do absolutely anything in the world, and how you choose to use that power reveals a lot about your character. Barack Obama has revealed himself to be a person who has no interest in challenging the status or fundamental assumptions of the global super-rich. He spends his time hanging out with Richard Branson and Bono. His latest purchase is a mega-mansion on Martha’s Vineyard. He has actively fought against a community benefits agreement for his Chicago presidential library, making it clear Which Side He’s On. In fact, it was somewhat telling that Obama decided that his first post-presidential venture would be a Netflix partnership rather than, say, something like Habitat for Humanity. Obama still does not comprehend the existence of a class struggle, even though the Obamas’ new documentary literally displays it for all to see. As Zeeshan Aleem concluded at VICE, American Factory is both an excellent film and a perfect illustration of how Obama and Obama-ism are utterly out of touch with political reality.

Movie Stars and Their Misguided Messiah Complex Puppaganda: How Politicians Use Pets to Convince You of Their Humanity How the Left Can Oppose the Uyghur Genocide What Rights Do We Have On Social Media? The Wreckage of the Last Energy Epoch: Abandoned Wells and Workers