A Snapshot of Municipal Court 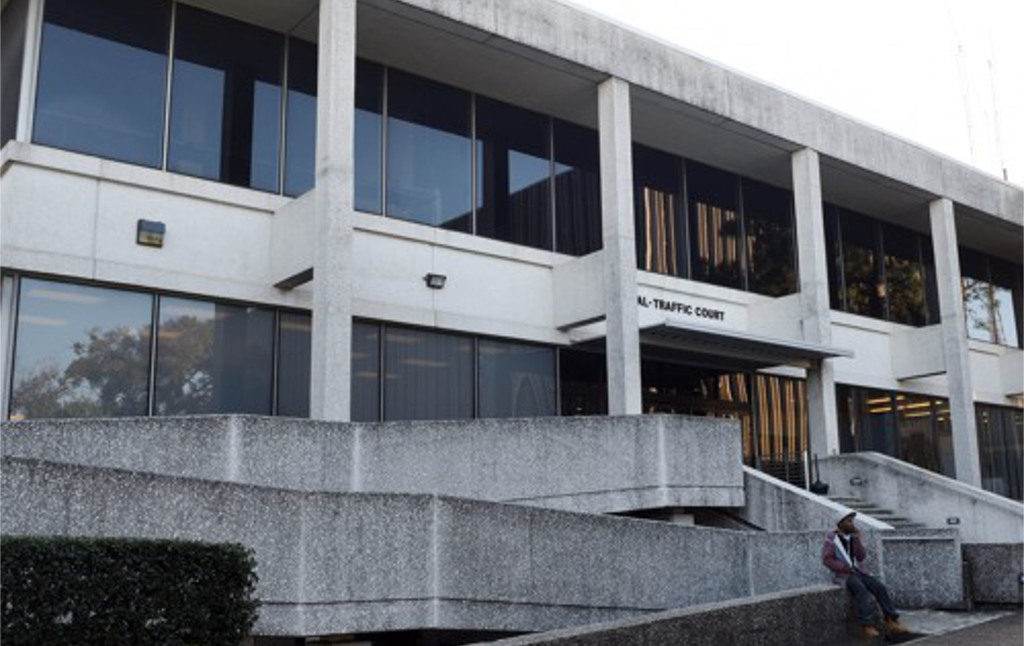 Back in 2012, I was a summer intern at the New Orleans public defender’s office. I don’t think I’ve ever had a more eye-opening couple of months. I came to understand what terms like “injustice” and “mass incarceration” actually mean for people’s lives. Going back through my old files recently, I found a short unpublished scrap of writing that I produced while I was there. It’s a description of the everyday functioning of the Municipal Court based on what I saw. I thought you might be interested in reading it. Bear in mind, this was in 2012, and I haven’t followed changes in the New Orleans criminal punishment system since then, so for all I know things are much better now. But back then, I was horrified by the “meet ’em and plead ’em” system of criminal defense. Also, for all I know, my impressions of certain things might have been mistaken, so take this as what it is: a bewildered 22-year-old’s observations of a system he is struggling to comprehend.

The New Orleans Municipal Court is tucked behind the District courthouse, and people are constantly going to the District courthouse and waiting in the 20-minute security line only to be told that, no, this is the District court, you want the Municipal court. The District court is the grand one, a WPA-built stone-and-marble temple of law, with towering engravings that say “Equal Justice Under Law” and “A Government of Laws, Not of Men.” It’s the one that has cameoed in the Louisiana-set HBO shows Treme and True Detective, it’s the one where all the serious crimes are tried and people are sentenced to death or the “hard labor” notorious in the Louisiana statute books. The Municipal court, by contrast, is flat and nondescript, with the architecture of a regional airport, and the only cases adjudicated there are misdemeanors and traffic tickets.

In Municipal Courtroom D, Judge Landry takes the bench at 3:00 pm each day, and likes to be done with things by 5:00. In that time, on a typical weekday, between 15 and 30 people will be arraigned, a handful of people with court dates will be called upon to explain why they haven’t complied with this or that requirement, a number of arrest warrants will be issued for those who haven’t showed up, a few arguments over pending cases will take place, and a lot of people will come up one by one to pay outstanding fines and fees.

About an hour before Judge Landry arrives, the case files of those who will be arraigned are brought over from the clerk’s office and placed in a filing tray. At that point, the courtroom is still completely empty save for the public defender, who has until Judge Landry arrives to figure out the basics of each one of those 15-30 cases, so that a plea can be entered. Once there are 30 minutes to go before the judge takes the bench, those being arraigned are marched in from the next-door Orleans Parish Prison, all in orange jumpsuits, all in chains. They are put in the jury box, and usually sit looking bewildered or remark to each other about how cold the courtroom is. At this point, the public defender must stop marking up the case files, and try to talk to as many of the defendants as possible. She will ask them whether they can pay bail, whether they have family coming, and what kind of plea they would like to enter. She will not ask them anything about the facts of the case, both because there is no time and because it does not matter.

Even cursory interviews of dozens of people cannot be done in half an hour, and so when the judge takes the bench, and the proceedings begin, the public defender must alternate between arguing the motions that are scheduled, and returning to speak with today’s new defendants in the jury box. Sometimes there are two public defenders on hand to do this, but often there is only one. The New Orleans PD’s office can’t really bother with municipal court, simply because the stakes are so much lower than in district court, where clients are threatened with life without parole at the Angola Penitentiary. Trainee defense attorneys are sent to Municipal to teach themselves how to try a case, though there is limited training to be had in frantically introducing yourself to 30 clients, finding their police reports, and getting them to sign a plea form.

The stakes are lower because most of the cases in municipal court will be disposed of through probation and the application of fines, fees, and a series of miscellaneous requirements. Sometimes defendants will be given jail sentences of up to 60 days, but more commonly the judge will craft a series of conditions for the defendants to fulfill, which can sometimes look like impossible hoops. In one case I saw, the defendant’s probation came with the following conditions: He was to take 26 weeks of anger management classes, attend 8 weeks of 3-day-a-week AA meetings, pay a $500 fine, spend each weekend in jail for 3 months, and hold a full-time job. Theoretically, all of this can be done. Work Monday through Friday, classes every evening, jail all weekend, and take a bit out of your paycheck each week to pay the fine. But in practice, nearly every defendant given “probation” like this slips up sooner or later.

When this happens, defendants return to court, to ask the judge to be merciful and not to send them to jail. Judge Landry is usually amenable to this, and simply imposes some additional fines and fees, and sets another court date. Sometimes, however, a defendant gets so far behind on paying, has shown up to so many court dates without paying, that Judge Landry revokes their probation and sends them to serve out their suspended 30-day sentence.

The “fines and fees” could be said to form the very core of Municipal Court, they’re attached to every conviction no matter how minor (the most trivial offense I saw was a woman charged with lewd conduct for wearing “tiny pants”), and they can run into the many hundreds of dollars. Judge Landry’s courtroom has an ATM inside to facilitate payment. So much of the proceedings is turned over to the discussion and collection of fines and fees that a cynic might suspect the misdemeanor system existed largely to extract money from city residents.

The Court has actually gotten into some trouble over its financial model. In 2011, the Municipal Court was given a withering report by the city Inspector General, which found that fees were being diverted to the judicial expense account, that the court did not publicly disclose how fines and fees revenue was being used, and that the Municipal Court in New Orleans was somehow absorbing twice as much money for its workload as the comparable court in Baton Rouge. The report was focused on improprieties in how fee revenue was spent, rather than in its collection, but reading it makes clear that municipal judges have a strong incentive to maximize the number of cases disposed of with judgments for fees.

To an observer, the volume of people who come through Municipal Court each day is extraordinary. New Orleans is a city of only 300,000, but every day I was there, four sessions were held, each with at least 15 people arraigned. Cases are disposed of quickly. When it gets towards 5:00 pm, Judge Landry is keen to get all of the pleas entered. Guilty pleas are entered collectively, with the judge asking the group the necessary questions about whether they understand what rights they are giving up by pleading guilty, and going down the line to get each “yes.”  The rights waiver forms defendants must sign come on a special peel-off pad, and the public defender, frantic as usual, tears them off and hands them out.

But by far the most surprising thing about Municipal court is how mundane the proceedings seem. There are serious constitutional deficiencies in the way poor people are represented there. Lawyers cannot and do not investigate cases. There are warped incentives, with both judges and public defenders funded by the fees defendants pay. It is a spiraling constellation of paradoxes and traps.

The NCAA’s ‘Compromises’ on Paying Athletes Are Bullshit What Fast Food Tells Us About the World The Ministry for the Future, or Do Authors Dream of Electric Jeeps? The Nature of Money Build Back Better for Whom? How Neoliberalism (Re)creates Disaster Risks