We Must Force Our Children To Love Flowers 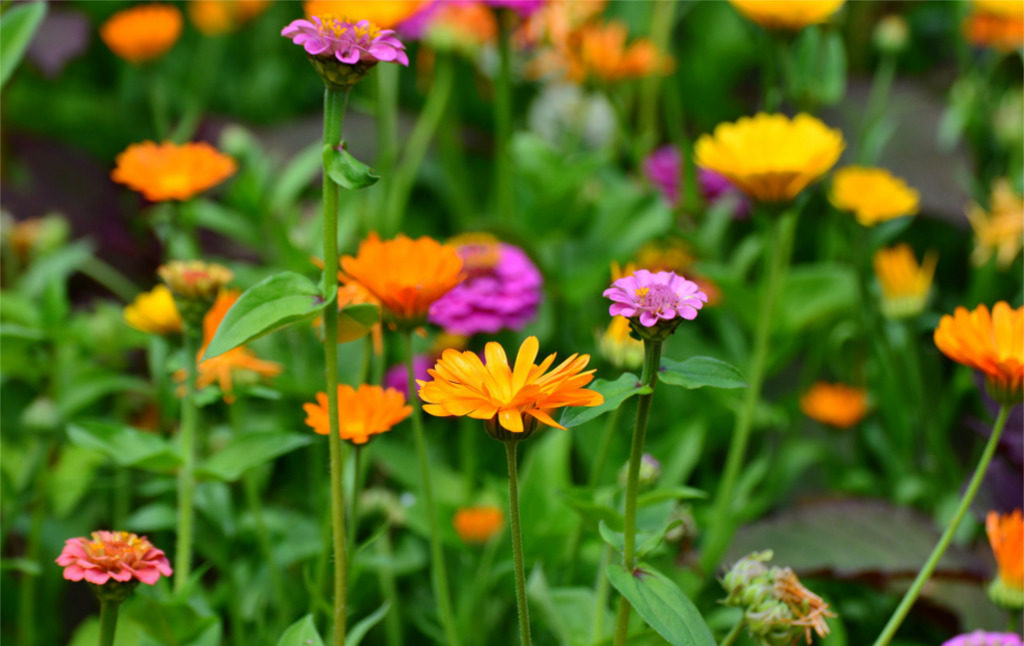 If you do not weep with joy in a garden centre, has something gone wrong?

I always accepted that floral patterns were a “bit old-fashioned.” I have never, of course, liked minimalism, and have always wished things were ornamented with a few more elaborate baubles and filigrees. But I do share the ingrained aesthetic prejudice of my time: A teacup covered in flower print looks old, just as a rug or wallpaper or a jewelry box would. If I look at the below fabric, I think “grandma’s house,” though it does not appear in my grandma’s actual house: 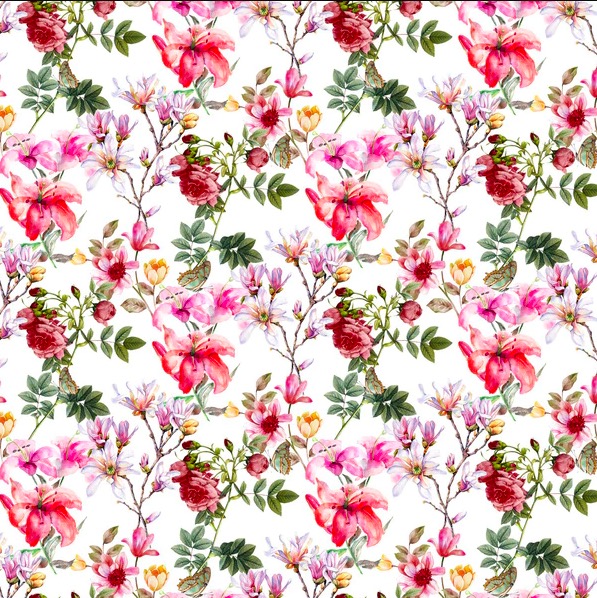 Why does this look “old-fashioned” to us, though? It’s just a repetition of some painted flowers. Flowers are timeless. They’ve been around for hundreds of millions of years. Who are we to think we’re too cool for them?

I had a revelation recently while standing in an English country garden. I looked around me, and I realized I was an idiot. I had spent my whole life taking plants for granted, failing to look closely at them, failing to contemplate just how incredible it is that they are grown rather than made. I then became aware of just how ignorant I was about what the abundant life surrounding me even was. I have never studied even the basics of plant identification. I can’t tell a poplar from a birch, or a chrysanthemum from a carnation. (Which has led to a few very embarrassing situations, let me tell you.) I realized I was standing in the middle of something I didn’t understand at all, and I wished I could better fathom the miracle that was taking place all around me.

For this, I blame the system. Specifically, the American education system, which for me at least did not include any meaningful encounter with the natural world. I don’t understand why we let children graduate high school without being tested on whether they can identify all of the main types of trees. They learn reading and math, but they don’t learn the first thing about their immediate environs. There is a standard biology course, but there is not much experience with the real living things that surround us by the millions. We had no pigs on campus, not even a cat. I never had to grow anything as part of my education, never had to prove that I had mastered an understanding of what Life is and how to nourish it. The closest I got to examining real living things was that we had to dissect a frog once. It was dead, and I was disgusted. What kind of a thing is this to do to children, to bring them up close to death without first showing them the meaning of life?

I am in Britain at present, and one of the main things I have noticed is that they have a far closer relationship with plant and animal life than Americans do. They are a gardening people, and there are sheep all over the damn place. The difference between the American “yard” and the British “garden” is not merely one of nomenclature. A yard is a patch of grass, sometimes with some landscaping. A garden is a place you take pride in, that you personally cultivate and adore. Yesterday an older woman showed me ’round her garden, where she was growing 10 different varieties of flowers and a handful of vegetables. She knew the stories behind every plant, they had each come from different moments in her life and the garden was not just a bunch of flowers, but a scrapbook of her memories.

Even many Americans I know who grow things do not quite have the relationship with gardens that British people have. They usually grow things to eat. The British are more into flowers, which are pointless. Giant “garden centres,” where you can purchase all kinds of new plants and the equipment necessary for tending them, are not just a common type of store. They are also social places. They all have cafes, so that you can come and spend an afternoon at the garden centre, mooching around the flowers, then having tea and cakes, then doing some more mooching. Everyone is talking to each other about what they grew last year, what they’re growing next year, what their friends are growing. 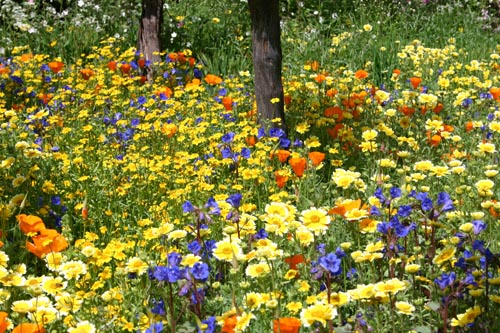 This is a lush and verdant country. True, I have come in springtime, when everything is shooting up and popping out. But I have spent so much time in American cities and suburbs, where everything is paved over and dead. In New York City, when I tell people I am uncomfortable about the lack of plant life, they reply: “But we’ve got Central Park!” And they think this is a reasonable answer instead of a crazy one—you literally confined all your plant life to a big rectangle, one you have to take the subway to get to. No, I want life scattered throughout, parks rather than parking lots.

It’s funny, because I have never cared much for the outdoors. This is, in part, because I was raised in Florida, where nature is constantly trying to kill you. If you set foot too close to a body of freshwater, you might literally be eaten by a prehistoric monster. There are venomous snakes, mosquitoes, fire ants, stingrays—oh and oppressive heat that makes every step a misery. (The occasional flamingo or manatee is small compensation for all of this.) I even came to dislike the color green itself, which I associated with sanctimonious environmentalism and soil-caked hippies. Give me plastic plants that live forever, thank you, and don’t make me get down in the dirt.

I am changing my outlook, though. I spent ages in the garden centre, mesmerized by just how many different types of flower there could be, how every one was not just different from every other type, but different from every other individual flower. “Incredible!” I kept exclaiming, to the puzzled looks of nearby shoppers. “Do you see this?!” But of course, I was only noticing what they had always seen. I stood the other day in a field of forgetmenots, and couldn’t believe that they were (1) so tiny yet so perfect and (2) exactly the shape of the cartoon ’60s “flower power” symbol, which I never thought could be real.

I do not think I am alone in having failed to love flowers sufficiently. If we appreciated the physical form of plants more, our contemporary architecture would be much more derived from Gaudi and the Art Nouveau movement than from Le Corbusier. We would not see floral ornamentation as fusty and dated, but as an objective improvement. We would recognize that our own creations are destined to be pitiful next to the wonders of flora, and that a William Morris print is far more gorgeous than a Frank Gehry building precisely because of its better incorporation of the living forms of the natural world. Francis Bacon was absolutely right when he said that being in a garden was “the purest of human pleasures. It is the greatest refreshment to the spirits of man, without which buildings and palaces are but gross handyworks.” Cover your buildings in plants. Make them look like plants. No gross handyworks!

I am worried that, in the United States especially, we don’t notice what we’re missing. This is yet another reason I like Alexandria Ocasio-Cortez, who recently posted a video showing her ecstatic reaction to the growth of plants in her community garden. She found it amazing that plants could just spring up out of dirt, and it is amazing. We should never stop being amazed by that. We’re the only known planet with life on it! Life’s quite a thing, isn’t it?

Plants are sweet and innocent, too (except the carnivorous ones, but I have always had an aversion to carnivorous plants). They harm nobody—in fact, as if they haven’t already given us enough just by letting us look at them, pick them, and eat them, they expel free oxygen and we get to breathe it. I cannot believe how little I appreciated them. But I will not allow the next generation to be so entitled. My children will learn to share this newfound sense of wonder, whether they want to or not. I will teach myself all the types of plants, and pass on the knowledge. I will grow a thing successfully (I had a cactus once, it died from neglect, I never tried again). And I will fill the world with flowers.

How Should Values Influence Social Science Research? What To Do Once We’ve Defunded The Police What Gets Lost The Right-Wing Myth of the Left-Wing Mob What’s New About Free College?