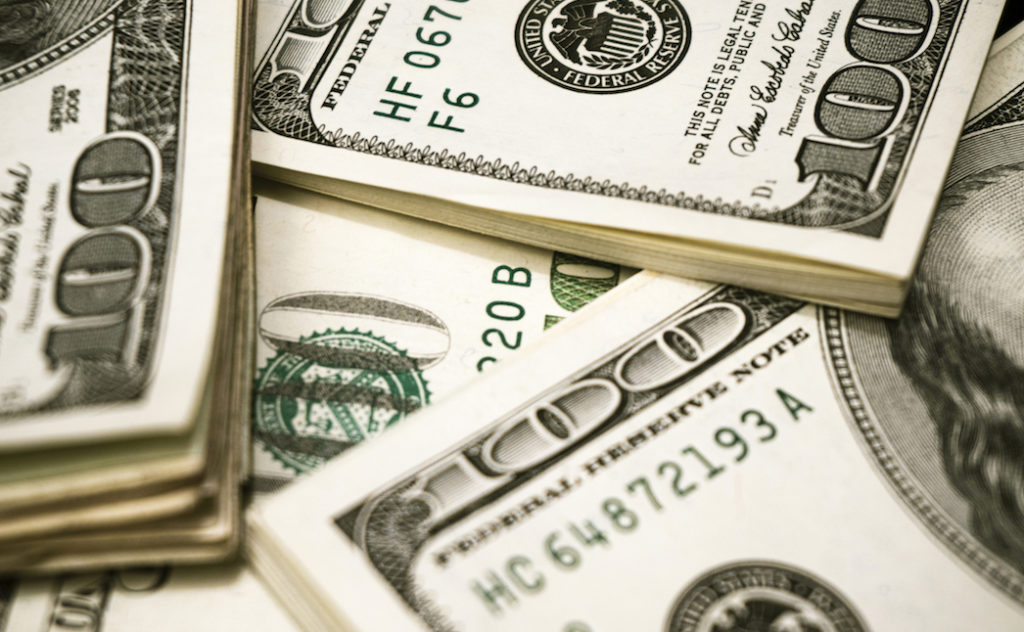 People are never poor for just one reason…

Don’t let yourself be distracted by the plentiful supply of smartphones and shiny new consumer products—the United States, according to the UN, is drowning in poverty. 40 percent of the population has less than $400 in savings, meaning they are one broken-down car or missed paycheck away from disaster. 40 million live in poverty, and 18.5 million live in extreme poverty. This seems like the kind of thing that should be screamed from the rooftops on a regular basis, or announced on MSNBC every single day. Yet somehow, if you’re fortunate enough not to live in close connection with this reality, it’s easy to miss it.

It’s really, really important to remember that this is the reality of the United States—not just because it’s a great moral injustice, but because without this knowledge, we are seriously impeded in our ability to deal with so many other important issues, such as housing, healthcare, education, debt, and crime. There aren’t many systemic issues in society that don’t interact, in some way or another, with poverty, and often in the most insidious of ways. Poverty means sickness. Poverty means stress. Poverty means fear. Poverty means anger. Poverty even means more poverty (as many have noted, it is often more expensive to be poor than to be rich). And if you’re looking at deep systemic issues, you’re going to find that poverty is usually an inextricable part of whatever the problem happens to be.

There is a term from medicine that is relevant here: “comorbidity,” meaning the presence of multiple illnesses, at the same time, within the same person. Let’s say you have a sprained ankle, and you just happen to have a nasty cold at the same time. These two problems presumably did not have any causal relationship, but they’re not totally separable either. First of all, you feel twice as bad, which is going to affect your ability to function and to get better. Second, you have to think about the medications you’re going to take—perhaps the anti-inflammatory you’re taking for your ankle might interact negatively with something you’re taking for your cold. Perhaps a medication you’re taking for one worsens the effect of a medication you take for the other. (Please, please note that I am not a doctor and these are just hypothetical examples. I do not know anything about medications, so please consult a real doctor if you are suffering from a painful sprained-ankle-nasty-cold combo.) Third, life in general gets more complicated if you’re suffering from multiple illnesses. Maybe a cup of hot chocolate is what usually makes you feel better when you have a cold, but your injury makes it harder to get to the store. Maybe you take time off work because of the ankle, but once your ankle’s better the cold’s not quite gone, yet you’d feel guilty taking off any more time so you go into work anyway feeling horrible. In this way, problems that did not necessarily come from the same source interact in weird and difficult ways, joining forces to make your life much harder.

The concept of “comorbidity” also refers to illnesses that are related to each other—for example, a complication from one illness causing another, or an underlying condition that is causing multiple problems. It is common, for example, for people with chronic conditions to suffer from depression and anxiety—understandably, given that such conditions can cause pain, complications, discrimination, and limitations on one’s lifestyle. Sometimes this occurs in ways that people do not necessarily expect. To give a personal example, I was recently diagnosed with ADHD, a condition more associated in the public consciousness with tree-climbing, dirty-faced 10-year-old boys than adult women working in offices. (I do not like to climb trees, and I’ve just washed my face, thank you very much.) It wasn’t until I talked to a series of corduroy-clad medical professionals that the little mysteries of my life fell into place. I felt anxious in social situations, not because I dislike people, but because my mind was so easily distracted by noise and stray thoughts that I felt I couldn’t focus in conversations. I felt depressed because my never-ending list of uncompleted tasks meant I couldn’t take breaks on weekends. It all came out, like a chain of colorful handkerchiefs being pulled out of a magician’s sleeve. All these different things weren’t separable. There was something linking them.

The handkerchief simile, silly though it is, came to my mind in the doctor’s office because it’s not the first time I’d ever thought of it. It had first come to me two years before, when I was working for an organization that helped people in difficult situations. People with debt, immigration problems, family problems, homelessness, disputes with their landlords and employers—all kinds of stuff. Sometimes I could help my clients, and sometimes I couldn’t. Sometimes “help” meant “give them a number for another place that can hand them 30 bucks’ worth of tinned beans and hope a miracle fixes the rest.” But with most of my clients, the hardest part of the job was undoing the Gordian knot, figuring out all the questions to ask, piecing together the events and the order in which they happened, and helping the client pull those handkerchiefs out, one by one. (I somewhat regret choosing such frivolous imagery, considering the “handkerchiefs” in this scenario were often some of the worst things that can happen to a human being.) Apart from the rare person who just wanted some help returning a broken washing machine, it was never just one thing. Anyone working in medicine, social services, law firms, NGOs, whose job it is to interact with people going through a hard time, can tell you this: It is never just one thing.

Let me give you a hypothetical, but one closely based on many cases I’ve seen: A client comes to you and says they are having problems paying a gas bill. “Okay, do you have anything else you want to talk about today?” you ask. No, they say, it’s just this gas bill. Then, as the discussion goes on, you get the feeling that something’s missing. The financial information they’re giving you isn’t adding up. You ask a few questions, and it turns out there’s another debt. And another. There’s another debt too, which is really their ex-partner’s, but their ex was abusive, so they would rather deal with the debt themselves than try and do anything that might risk the ex getting involved. They left the ex just six weeks ago; they wanted to leave earlier, but it took them almost a year to get together enough money that they wouldn’t have to go from their ex’s house to the streets. This month they’ve had to pay rent on both their new and old properties, because the lease is in their name only, and they’re too exhausted, emotionally and financially, to look into a way to get the old landlord off their back. They’re getting sick, too, probably because of the stress, although they haven’t been to the doctor yet. They tell you they don’t think their boss will let them take time off for a doctor’s appointment, because they’re not a very nice boss. A couple more questions reveal the boss flagrantly and constantly breaks employment law, but your client can’t afford to cause trouble and risk losing their job when they’re so deep in debt. All of this comes out after 30 minutes of questions about what was supposedly a little trouble paying a gas bill.

People I know who work in these types of situations often express frustration about the way these interviews go down—why do people say they have one debt when they have more? Why can’t they just explain what happened in a nice chronological order?—but it’s worth remembering that clients (usually) aren’t trying to lie to you. People usually want to just solve one problem at a time, and put all the other stuff aside. Why would you tell a stranger about the most terrifying details of your abusive relationship, when you just want the gas company off your back? On both the individual and the public policy level, it’s often really hard for us to accept the fact that problems are usually not neat and discrete, but come in big messy clusters: Health impacts employment impacts housing impacts family impacts health… and beneath all of it? Poverty.

Lifting my clients out of poverty would not have magicked away their abusive exes or their physical illnesses. But it would have removed so many obstacles that were in their way. Having some sort of financial security makes it easier to leave untenable situations, whether it’s a bad partner, a bad landlord, or a bad employer. It enables people to take control of their financial issues earlier on, stopping them from spiralling into a nightmare of payday loans and overdraft fees. It lets people take a day off every once in a while, to recover from an illness, or to spend time with their kids, or just because they need a day off. That is why, at the bare minimum, I believe there needs to be a robust safety net for all of us, and that poverty is a scourge on our society—because every day I saw its all-pervading power, at the end of the string of handkerchiefs, in the center of the impossible knot. Having our rights written down in laws means nothing if we are too poor to use them, and tackling the many separate policy issues we see in the newspapers every day is impossible without taking strong measures against poverty. Poverty is comorbid with everything.

As 2020 creeps ever-closer, you’re going to hear a lot of different policy ideas thrown around by the approximately 400 candidates that are jumping into the presidential race. They’re going to come out with all sorts of neat ideas about reducing crime, solving the opioid crisis, getting people into good jobs, getting people the right kind of education, making our towns and cities nicer…and that’s all great. But it’s vital to understand that these problems don’t exist in a vacuum, and they can’t be completely dealt with unless we understand how each issue connects with all the others, and in particular how poverty connects to all of them. A robust and uncompromising plan to combat poverty, wherever it exists, simply has to be the cornerstone of any effective policy plan. Because whatever the issue is that you’re talking about—housing, health, education, violence—it’s almost guaranteed that poverty is making it worse.