Should Leftists Go On FOX? 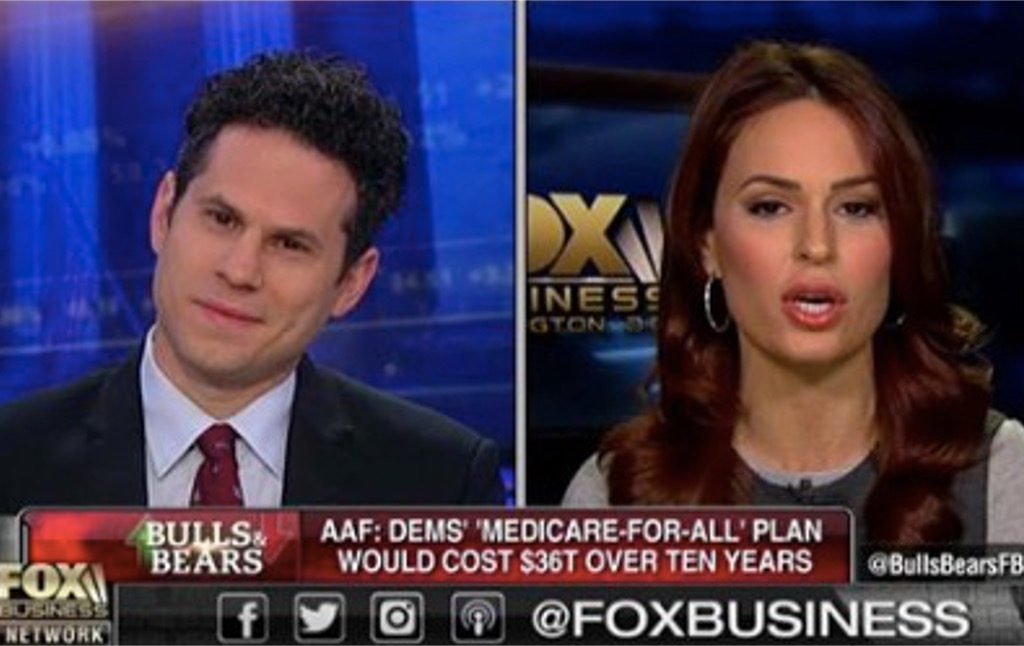 Yes, if they can crush it…

Should you play a game that is designed for you to lose? Perhaps. If you’re so good that you can win it anyway, it might be worth a shot.

When people from the left are invited to appear on FOX News, or its sister networks, it is not because FOX’s producers and hosts want to give a fair and thorough airing to left-wing ideas. Instead, generally speaking they want to have a “debate” in which they shout unfair questions at you for two to five minutes, give you 10 seconds to respond, and then tell you you’re an idiot. Even when the hosts are at their most generous, perhaps allowing you to have as long as 30 seconds to answer, there’s not much that can be communicated through this medium. They toss out some talking points, you try to swat them back, the whole thing is a shitshow. Many leftists who have gone on FOX have put in embarrassing performances, and the value of saying “yes” to a FOX appearance seems minimal. At worst, you might actually be a propaganda tool for the right, which would be deeply regrettable.

And yet—I think it’s actually possible to go on FOX and do well. Not only that, but when it’s done skillfully, it can advance the left’s message. My friend Adam Gaffney, the president of Physicians for a National Health Program, recently went on FOX Business to make the case for single-payer healthcare. Adam faced a whole wall of talking heads, with a series of anti-single-payer talking points. But he knew what he was talking about, and he was completely unflappable. FOX Business viewers saw single-payer being represented by a confident, intelligent doctor well-versed in the relevant policy literature. Personally I think that’s an advance for left messaging: If viewers thought Medicare For All was necessarily fringe, a few of them probably softened a bit watching Adam. Perhaps not many. But every step toward legitimizing left policy ideas is useful, and just as Donald Trump successfully used appearances on the “liberal” media to advance his message, leftists might take advantage of FOX’s obsession with socialism to further our views. (See, for example, Sean Hannity essentially running an on-screen infomercial for the Ocasio-Cortez agenda.)

Adam went on FOX Business, which is not quite as bad as FOX News itself, but it’s even possible to do well on FOX News. Watch Elizabeth Bruenig easily holding her own against a panel of pundits as she defends basic socialist principles. And of course there was that glorious recent appearance by historian Rutger Bregman on Tucker Carlson’s show. Bregman was invited on to criticize Davos billionaires, but ended up criticizing Carlson for himself being a “millionaire funded by billionaires,” leading Carlson to erupt in a sputtering, swearing fury. It’s an incredible clip. For another example, look at Katie Halper on the Laura Ingraham show. Ingraham and the pundit-man throw some nonsense about anti-Semitism at her, but Halper is having none of it and speaks up clearly and forcefully for Ilhan Omar and against unfounded charges of bigotry:

"Jews like me are tired of @AIPAC claiming to speak for all Jews & conflating Jewish identity w/ unquestioning support of Israel, which is an antiSemitic trope." Me, telling Fox that criticism of Israel isn't anti-semitism & that @IlhanMN's critics are antisemites & Islamophobes pic.twitter.com/c8EggSmHQ5

These clips make me very proud, as a leftist. They show our side winning.  And just as I think YouTube clips of leftist arguments being “destroyed” have been effective propaganda for the right, I think seeing leftists walk into a den of vipers and come out unscathed is good for our morale. (Gaffney is like a pundit action hero or chess grandmaster, taking on five talking heads at once!)

So I do think there’s value to going on FOX News, even if the game is set up to fail. If you’re quick enough, and you know the kinds of talking points they’re going to throw at you and have good responses, then they won’t get the propaganda victory they’re looking for. Of course, if you do it properly, they probably won’t ever invite you on again.

That said, I think anyone considering one of these invitations needs to be very careful. Adam, Elizabeth, and Katie are very sharp people. They know how to handle these kinds of situations. Because there’s such a risk that a leftist on FOX can ultimately serve to advance the right’s agenda, it’s very important that anyone who does this is damn good at it.

The old concern, of course, was that someone “legitimizes” these outlets by appearing on them. It seems a bit late for that now. FOX is effectively state television—it’s both the president’s mouthpiece and earpiece. It’s already been legitimized. The question is: If someone has an opportunity to push left ideas on state television, should they? And I think the answer is: yes, seize that opportunity and use it as well as possible! Whether that’s through pointing out the phoniness of Tucker Carlson’s populism or having rock-solid retorts to criticisms of single-payer, it gets leftism closer to the “mainstream” than ever before. (And, of course, if one person doesn’t accept the invite, FOX will definitely dredge up some kooky hippie type to be its ambassador from the “left.”)

One does need to be extremely careful. I would be very uncomfortable if a leftist went on FOX News to criticize the left, even if the criticisms were justified, because the function of this criticism is not to improve the left but to harm it. I am repulsed, for example, by Angela Nagle’s appearance on Tucker Carlson’s show, in which Nagle gives “leftist” support for Carlson’s anti-immigrant agenda. My reasons for being repulsed, however, have as much to do with the actual position being advanced as the venue, and I don’t know if it would be any better to see the same talking points aired on MSNBC. Yet I don’t know how I would respond to someone who said “Isn’t appearing on Tucker Carlson’s show at all like appearing on a white supremacist radio show?” I suppose I would answer that if the white supremacists had an audience of millions, it would be worth having a skilled anti-racist voice showing up to challenge them on their nonsense.

Unlike some of my comrades, I happen to think “debate” is extremely useful. I have no illusion that it’s substantive. Public debate, whether at a scheduled event or on cable news, is usually just theater, and the person with the snappiest replies wins. But there’s no reason we can’t be the people with the snappy replies, and it’s ground that shouldn’t be ceded. As long as they’re doing well, I say leftists should keep going on FOX and keep kicking ass.

Adventure Tourism, Colonization, and the Mount Everest Mystique Why Does Anyone Think Michael Bloomberg Would Beat Donald Trump? Fuck the Poolice Breaking Development Both Cruel and Usual