Ignore All Arguments About What Is “Politically Feasible” 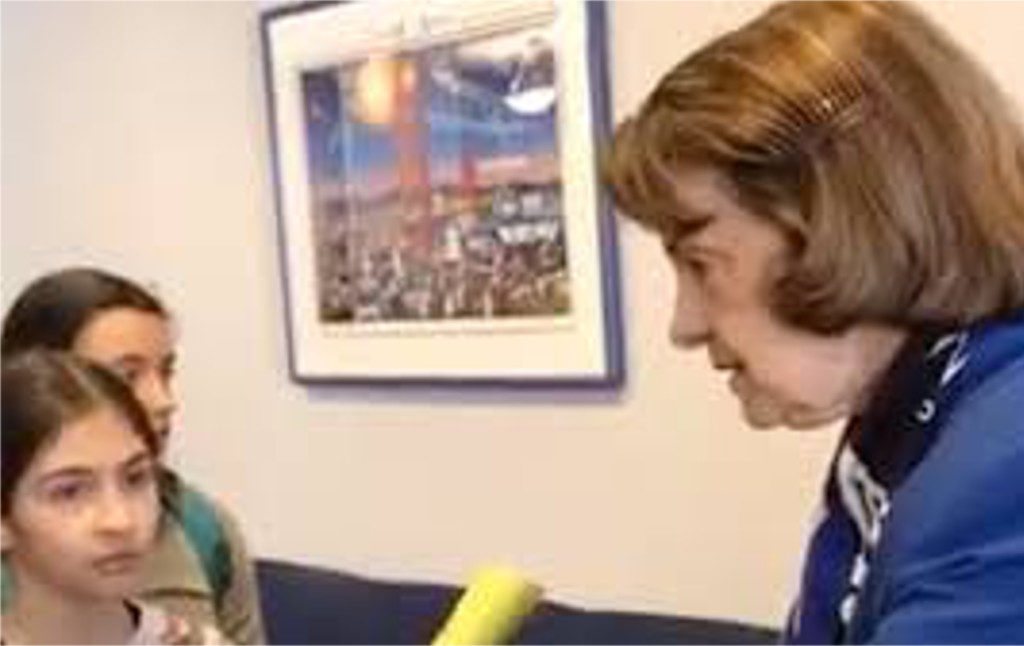 Nobody actually knows what can and can’t happen in politics…

The last time I ever thought about whether something in politics “could” or “couldn’t” happen was Nov. 8, 2016. That day, a thing happened that many people had believed to be completely impossible. The chief political correspondents of major magazines, wonkish types who knew as much as there is to know about the American government, thought there was absolutely no way Donald Trump could be elected president. They were wrong. The range of the “politically feasible” turned out to be far broader than many confident experts believed.

Nowadays I do not really listen when people tell me about whether a thing “can” or “can’t” happen politically. How on earth do they know? I’ve lived through people saying there was no way we could have a Black president. There was no way same-sex marriage would come to pass. There was no way Bernie Sanders would ever be anything more than a fringe candidate. There was no way the Labour Party could stand a chance under Corbyn. There was no way Donald Trump would be president. History is replete with examples, both positive and negative, of unpredictable things happening. The GM workers who launched the Flint sit-down strike probably didn’t think they had a chance of unionizing the whole U.S. auto industry. But that’s precisely what they did.

It turns out that political reality is extremely complicated, and that many things people take for impossible are quite possible indeed. One reason for this is that predictions tend to assume that the range of possible outcomes today is going to be the same tomorrow. They don’t account for potential huge shifts. “If the election were held today, X would have a Y percent chance of winning.” But the election won’t be held today. It will be held after a series of things happen, things that depend on the unknowable choices of billions of people. When Bernie Sanders declared his 2016 candidate, it was true that he was marginal. But that was before he campaigned. It was before lots of frustrated, indebted millennials saw that a candidate was finally speaking their language and signed up to support him. Things change, and they change because people decide not to accept political reality as fixed, but to work their asses off to alter it.

Today, as we live under a Donald Trump presidency, I can’t believe that I still hear people making arguments that something is “politically impossible.” When Dianne Feinstein lectured a group of children begging her to save their future, she said: “I’ve been in the Senate for over a quarter of a century… and I know what can pass and I know what can’t pass.” If you think you know that, then you don’t know anything. Things pass because people pass them. In fact, if there’s a reason why a Green New Deal couldn’t get through the Senate, it’s precisely because senators like Feinstein give up before the fight has even begun. “It can’t happen” is a self-fulfilling prophecy. The reason it can’t happen is partly that there are so many people who arrogantly presume that they are able to know the sum total of all things that can and can’t happen. This is bad politics. If you’re good at politics, you set your goals as high as you like and then go about trying to achieve them.

You still have to be practical. Let me distinguish between different types of feasibility. It’s important to look at whether a policy is economically, logistically, or technically feasible. You don’t want to pass a law that will have catastrophically bad effects. Your goals need to be sensible ones that would actually change the world. It’s “political” feasibility that I find borderline worthless to consider. Nearly anything is politically feasible, as the history of the 20th century shows. In Britain, a national health service was built from scratch, and in the United States we had a vast New Deal. The possibilities can be awful too: People were convinced that Hitler would never come to power, because such a thing would be extreme and absurd. It turned out that extreme, absurd, terrible things do happen. Personally I think human history could go in one of many different directions: We could build a lush, peaceful, socialistic utopia or a barren, brutal, neo-feudal dystopia. Which direction it takes depends on the choices that people make, and they should make the choices on the basic what they think ought to happen rather than what they think will happen.

I get exasperated when I read articles like this one by Paul Starr in the American Prospect. Starr is one of the top healthcare policy experts in the country, the author of the excellent book The Social Transformation of American Medicine. His article is strongly critical of those advocating a full single-payer Medicare for All system (as has been argued for in this magazine). He says they are suffering from “pleasant illusions,” because they don’t realize how forceful the political opposition they’re going to face is. Starr says that as opposition from healthcare providers (not just insurers) and others sets in, Democrats are going to have to ditch the aspiration toward single-payer and settle for some more modest expansion of Medicare:

Much of the discussion about Medicare-for-all proceeds on the assumption that the opposition would come mainly from private insurers. But this grossly underestimates the likely opposition from a fully mobilized health care industry (representing nearly a fifth of the economy) and the protected public, including current Medicare beneficiaries. … Then there’s also the likely opposition of Democrats, including many progressives, who would be worried that the huge fiscal demands of Medicare-for-all will preclude raising revenue for all the other good causes they support. Medicare-for-all does have one great advantage: The term is vague enough so that Democratic leaders who say they support it can downshift to more moderate versions of the idea. They can say that the purer Medicare-for-all alternatives are “aspirational” and that they support many different bills.

This is the sentiment voiced by centrist “New Democrat” policy expert Elaine Kamarck, who at a recent conference said: “What are we going to end up with in all the talk about Medicare for All? A 55-year-old Medicare buy-in. Because of all the power of the health insurance industry.” Kamarck thinks this is a good thing: Incrementalism moves us closer and closer toward a good world.

It’s worth remembering that people who are “policy experts” yet speculate on what can be done politically are going beyond their area of knowledge. Starr and Kamarck can tell us the benefits of this or that plan, but they don’t actually know what we “will” end up with. That’s going to depend on a lot of things: How effective is the left at responding to industry fearmongering? Are we organized enough to present a plan that can win mass popular support? How well do we pressure legislators to sign on? Those are all big unknowns, and depend on people’s choices. We should listen to critiques of Medicare for All based on effectiveness grounds—e.g., the argument that lowering compensation rates for providers will hurt the overall quality of American healthcare. But those who say that it simply “can’t happen because the opposition is too great” both do not actually know this and are actively hurting the fight for health justice by giving up before negotiations have begun.

Imagine if you are my friend (I mean, you are, of course), and I ask you to come with me to meet my boss as I negotiate my raise. We sit down, and I say “Look, I don’t really need this job, I might stay if you offered me $100,000 a year, but otherwise I am just going to have to take one of my other available opportunities.” You chime in and say “Of course, we know you’re never going to give him that, and honestly he’ll settle for $50k.” If you do this, you will not be helping my cause. I am consistently stunned by the way that Democrats with long careers in politics fail to understand the most basic elements of negotiation. You do not say “Honestly, we’ll probably just lower the Medicare age to 55.” You say “Single payer or death.” Even from a purely pragmatic and compromising perspective, aiming low is irrational.

But I don’t think we should even have questions like “what we’ll settle for” on our minds. The question is “What does justice require and how are we going to get it?” If something is politically impossible now, then the job is to change that. If Democrats in Congress are too beholden to healthcare lobbyists, they need to be tossed out of office. Red states should be turned blue, blue states should be turned red (revolutionary leftist red, that is!) The job of politics is to make things happen, and people who tell you that you “can’t” do it are utterly unhelpful and should be completely ignored. People are always going to tell you that you’ll fail. You might. But if you’re going to stand any chance of success you must ignore those people completely.