Is It Ethical To Use Amazon? 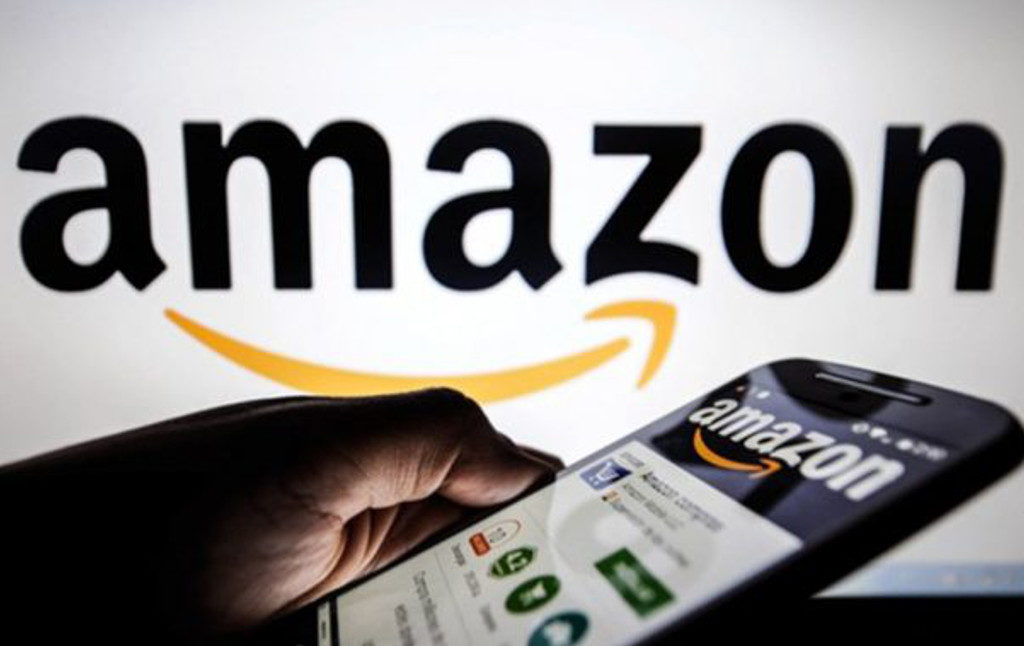 Should we be ashamed of ourselves for patronizing evil corporations?

Just about every week, I order a thing from Amazon. Sometimes it is a connector cable or some teabags. Occasionally it is a bag of gummy volcanoes. Checking my order history, I find that most recently it was a pair of lamp harps and a copy of John Cassidy’s How Markets Fail. I have an Amazon Prime account, which not only gets me free two-day shipping but grants me unlimited access to such cinema classics as Atlas Shrugged: Part II. I do not have an Alexa, because they are creepy. But I’ve bought everything from fountain pens to ladybugs and given Jeff Bezos God-knows-how-many of my hard-earned dollars.

Let’s be clear: Amazon is terrible. Just a truly awful company in so many ways. Most recently, of course, they pitted struggling cities around the country against each other in a brutal “race to the bottom” to see how many taxpayer handouts they could get. New York City’s bribes succeeded and now Amazon has granted New York the privilege of having one of its working-class neighborhoods rapidly gentrified, and becoming even more unequal. But Amazon also overworks both its white-collar and blue-collar employees, and threatens to use its economic power to hurt local economies if the people so much as think of trying to make the company pay its fair share in taxes. An Amazon-dominated future is a bleak one: total unaccountable control of the economy in the hands of one fabulously wealthy individual, millions upon millions of people toiling away in his factories and warehouses.

Given all of that, the only ethical path would seem to be to have nothing to do with Amazon. Don’t go near it! Nobody’s making you. Why give money to Jeff Bezos? Amazon is like Walmart, and as with Walmart you should give your money to small businesses instead. Help your local shops, the places that treat their employees well and actually pay their taxes. If you succumb to Amazon’s temptations, you’re complicit in their evil.

And yet: As much as this makes sense to me intuitively, it also seems troublingly close to the conservative line that I reject: If you hate capitalism so much, why do you use an iPhone? (For the record, personally I don’t have an iPhone. I have one of these.) Versions of that kind of thinking strike me as silly: “You critique feudalism yet you live under feudalism,” “You say your boss exploits you, but you’re the one who chooses to work there,” “You criticize the actions of the American government yet you continue to live here.” In each case, the person making the critique seems to be focusing on the wrong thing. Why should we leave the country instead of making the government’s policies better? Why should we give up our paycheck instead of demanding an end to exploitation? Because it’s perfectly possible to “have your cake and eat it too,” why should we be asking people to choose between either bad cake or no cake?

That’s kind of how I think about Amazon and the iPhone. The problem isn’t that people use iPhones, it’s that iPhones are produced under intolerable conditions. If people should be ashamed, it’s not for the act of purchasing the product, but for failing to join a political movement aimed at ending exploitation. There’s nothing inherently wrong with having something like Amazon, a central system for choosing and delivering goods. (Apart from the climate consequences of mass consumption which is an entirely separate debate that will be had on a day that is not today.) The problem is that this system is operating as an extreme hierarchy, in which one man reaps nearly all the benefits and workers have very little control over their conditions. The solution, then, should not be to get people to stop using Amazon, any more than the solution to bad government policy is to leave the country. Instead, the goal should be to democratize Amazon and redistribute its earnings more equitably. In a way, Amazon is like the government: It’s been called monopolistic, and is steadily becoming more so. Plus, as with the working class families who shop at Walmart, why would we put the onus of ethical action on the consumer trying to save money? And besides, is Amazon that much worse than other giant corporations? On the left, there’s a slogan: “There is no ethical consumption under capitalism,” meaning that if the economic system is based on exploitation, it’s fruitless to try not to participate in an exploitative system. You’re going to be, no matter what, unless you go off and live in the forest and eat berries. So you might as well keep your Prime account, keep getting Always Lower prices at Walmart, and join the international proletarian movement!

I tell myself all of these things, and I believe them, but then I quickly swing back in the other direction: Okay, fine, there may not be any PERFECTLY ethical form of consumption, but surely there is more and less ethical consumption. If you have a choice between non-union sweatshop-made goods and goods made with well-paid unionized laborers, shouldn’t you choose the latter? Do consumers really bear no responsibility for the consequences of their choices? If consumers stopped using Amazon, Amazon wouldn’t be able to keep exploiting people. Boycotts can work, consumers have power. This seems persuasive to me, too. If I wear coats made by slaves, and I could choose to wear coats that are not made by slaves, surely that’s bad. And if that’s bad, then aren’t other choices just less extreme versions of a quite real ethical dilemma?

All of this gets complicated by another ethical problem: that of needless consumption itself. Is the problem that I am buying gummies and lamp harps from Amazon in particular, or is it that I am buying gummies and lamp harps when there are poor children whose families can’t afford to keep them alive? Perhaps the thing that makes me a hypocrite is not that I am going to the wrong retailer, but that I’m buying retail goods that I don’t absolutely need. I’ve wrestled with this before in the context of Mardi Gras: I love Mardi Gras, but it’s wasteful, extravagant, and in some sense pointless, and I have difficulty trying to justify it. And yet I feel strongly that a world without Mardi Gras would be a much worse world and that there’s no need to choose between Mardi Gras and healthy children. The kind of life I live, with its occasional carnivals and candies, seems like one everyone could have if we distributed the earth’s resources well.

I can never be sure, when I think about the ethics of using Amazon, whether I’m allowing my desires to manipulate my reasoning. Do I just want to find a justification for doing what I enjoy doing, the same way everyone who is complicit in evil can come up with an argument for why what they’re doing is Actually Good? I know a lot of motivated reasoning occurs around animal rights, for instance—taking the issue seriously leads to very disturbing conclusions about people’s role in a horrendous atrocity, so we come up with flimsy excuses to avoid confronting the obvious.

I have no good answers to the Amazon problem, because I hold two beliefs that contradict each other and I haven’t found a way to reconcile them: (1) what’s wrong is not the act of purchasing from Amazon, but what Amazon does to its employees, and since there would be nothing wrong with purchasing from Amazon if it was, say, a worker cooperative, the demand should be “democratize it” rather than “stop using it.” (2) You shouldn’t buy from companies with highly unethical business practices, such as staying in a hotel that fired striking workers, or buying slave-made goods. I wrestle with this constantly, because Amazon is very difficult to avoid: We sell Current Affairs books and magazine subscriptions using Amazon and we use certain Amazon “web services” (Amazon absolutely dominates cloud computing and is bigger than its four next biggest competitors—Google, Microsoft, IBM, and Alibaba—combined, so lots of entities that you might not think are supporting Amazon are supporting Amazon). The company is going to continue to grow and grow, and we will all be touched by it in one way or another. Is it right or even helpful to boycott it? Should we decline to watch Amazon TV shows, on principle, and if so what is the principle? Honestly, I’d like to know what you think, because personally I don’t believe there are obvious answers to these questions. Nobody wants to be complicit in evil, but we’re all complicit in some evil, so what are our responsibilities as individuals? Are these even the right questions?