How Leftists Can Legislate 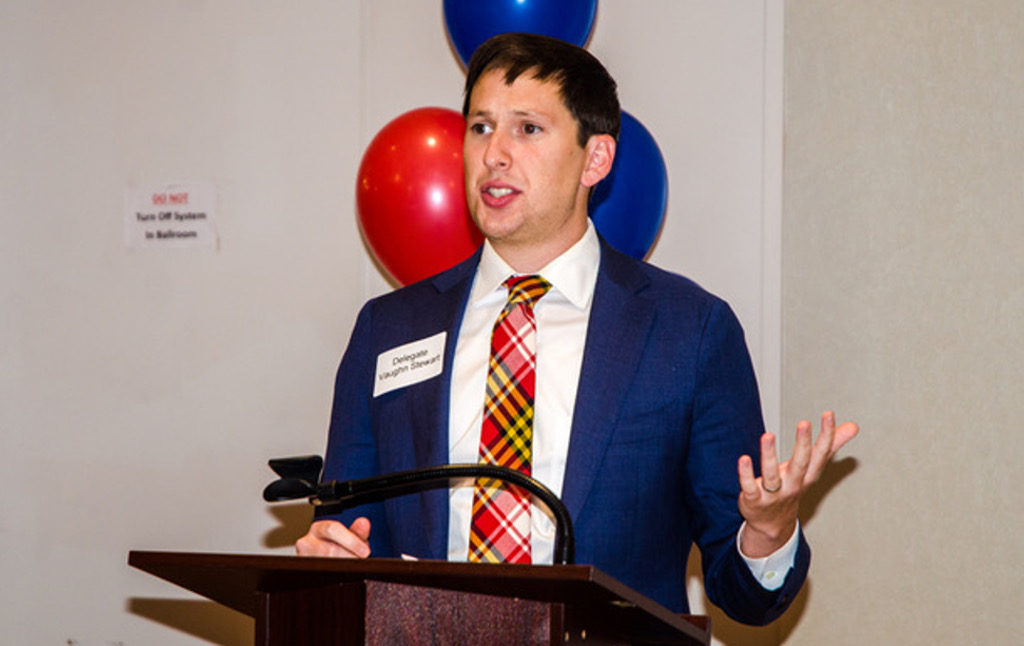 When solid progressives like Vaughn Stewart find themselves in office, they need help if they’re going to resist corporate lobbyists and be effective.

On the Current Affairs podcast, we recently had a fascinating guest: Vaughn Stewart, a newly-elected member of the Maryland House of Delegates. Vaughn was a pretty ordinary guy, a typical millennial leftist (and Current Affairs reader!) with a Twitter account who had worked on some campaigns and gone to law school. (Though I don’t want to undersell his impressive biography!) After surviving a battle with cancer, and realizing just how disastrously unfair America’s healthcare system is, Stewart realized he wanted to be more active and decided to run for office. With the help of the Democratic Socialists of America, who knocked on tens of thousands of doors, he won a seat in the state legislature. Now he’s working on introducing social housing legislation.

Vaughn’s example is inspiring, because like the victory of Alexandria Ocasio-Cortez, it shows how regular people, without money or institutional backing, can win elections and displace the existing establishment. But in Vaughn’s interview, he told us something interesting. As soon as he was elected, the lobbying began. A dozen lobbyists emailed asking to set up meetings. Of course, nonprofits too wanted to meet with him. But there was a difference: The industry groups would offer to meet any time, any place, and their representatives were slick and polished. The nonprofits were a little nerdier, didn’t have much time in their schedules. It was more difficult to arrange the meetings, they clearly weren’t as relentless at getting their agendas in front of legislators’ eyes. (Like Alexandria Ocasio-Cortez disclosing the indoctrination sessions that new members of Congress are put through, Stewart’s candor offers a unique inside look at aspects of the political process that are often kept hidden from us. I hope he continues to give ordinary people such frank looks inside the sausage-factory.)

Vaughn told us that it quickly became clear to him why lobbyists are so influential. As a member of the House of Delegates, he only has one full-time staff member working under him. That person must run all constituency services, including answering all phone calls and emails and setting up all appointments, as well as doing any needed research. It’s simply impossible for a two-person office to do all the research necessary to learn everything you need to know in order to make and write laws about every issue that could possibly matter in the entire state of Maryland. So when lobbyists come bearing briefing material, offering to help legislators sort through the issues and figure out what’s what, of course they say yes. Without outside support, you can’t actually familiarize yourself with the facts.

That means, of course, that well-funded lobbying groups are inevitably going to have a strong influence over the perceptions of legislators, meaning that even if a lawmaker resists explicit corruption by turning down corporate donations, and even if they’re a working-class person who hasn’t been indoctrinated in neoliberal nonsense their entire lives, their worldview may still be shaped by the wealthy and powerful. They might be selectively shown studies proving that, for example, raising the minimum wage will be harmful, and have little time to figure out whether those studies represent the consensus in the field.

There are groups that have very systematically exploited legislators’ need for information. The American Legislative Exchange Council, the shadowy conservative “bill mill,” writes legislation itself on behalf of corporations and simply hands it to lawmakers going “here, pass this.” For conservative politicians who want to advance the right’s agenda but don’t have the time (or the inclination) to think, this makes the process of governing extremely convenient.

In principle, it’s not the worst idea. If I get elected as an advocate of, say, sortition, then why shouldn’t I turn to the American Sortition League for a “model bill.” They’ve probably researched the issue far more than I have, and might have drafted a policy that thinks through all the potential complications. There is something unseemly, of course, about having “special interests” draft laws themselves, but if the special interests also happen to be your interest and that of your constituents, perhaps it’s fine? My problem with ALEC, in other words, is not necessarily that they’re an “outside group” but that they’re a bunch of free market radicals trying to destroy all of our labor laws. A socialist ALEC, on the hand, might not be a bad idea.

In fact, there’s a good argument that the left needs to get serious in replicating a few successful right-wing tactics. (Let me be clear: NOT replicating their policies or values. Just the thing they do where they actually take power and hold onto it.) Having model left legislation for state and local officials is a fantastic idea. When a socialist suddenly and unexpectedly finds themselves elected to office, a crack team of researchers should be standing ready to help them put their ideas into action.

Conservative groups like the Federalist Society, which grooms attorneys and judges, have been phenomenally successful at building power over the last decades. They have played a “long game”—identifying potential future conservative leaders and giving them as much support as possible in their quest to amass power. On the left, we don’t have the kind of deep pockets, but we can still do some of the same things. Enterprises like the crowd-funded People’s Policy Project (from which Stewart partly drew his social housing plans) have shown that it’s definitely possible to compete on some level with the big established institutions. Because young people are steadily turning more and more leftist (thank you, student loan industry!), we are going to have more Vaughn Stewarts in the future. And they are going to need our help. Once they get into office, smart and committed as they are, they will need a team of people helping them figure out exactly what to do with their new power.

I highly recommend the Vaughn Stewart episode of the Current Affairs podcast, which will make you feel good about the future! It will remind you that YOU CAN DO IT and encourage you to believe that we can win this fight.