Why We Take “Sides” 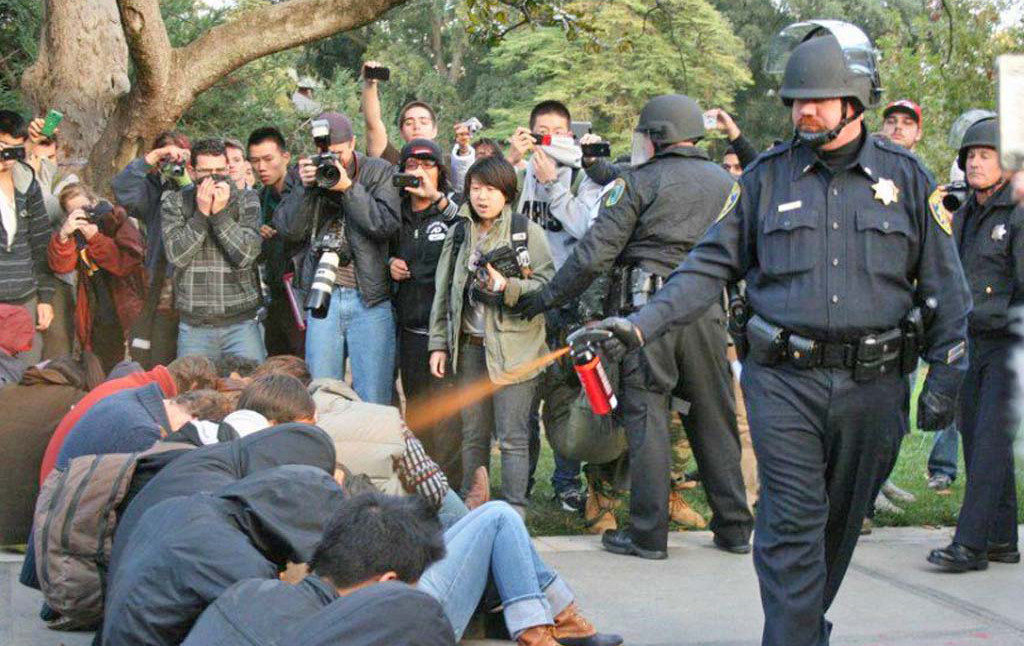 You have to present the truth as you see it, and the facts lead us to leftism…

A reader emails to ask, very politely, why Current Affairs isn’t more balanced, saying that while they enjoyed our recent examination of Dave Rubin, it would be nice to have a publication that did not feel as if it was pushing an ideology:

I challenge you to bring back a bit of unbiased journalistic integrity. I know it is truly impossible to be completely unbiased.  Our own political views will color the way we see the world. Additionally I am sure that having a strong leaning political opinion leads to more donations from one side or the other. You have an opportunity though, and a rare one at that.  I can see in the skill with which several of these articles were put together that the contributors to this organization could write compelling stories that did not take a side or at the very least presented both sides. There is a market for this, a growing number of people that want a place to find trusted information. I am personally tired of only being able to find newspapers, magazines, blog posts and television shows that have an extremely clear bias to the left or to the right. Why is it necessary for the right to attack the left or vice versa?  Shouldn’t someone take the opportunity to be the bigger person?… I really do think the quality of construction in the stories is quite good. I just wish I could find somewhere that didn’t consider political commentary as a war and instead as a chance to bring people together.

The reader raises a serious challenge and deserves a response. We are, I like to think, far fairer in our criticisms than some other publications who “come from the left.” As an editor, I try to be scrupulous in making sure that I am not misstating conservative arguments, burying facts that undermine my position, or issuing simplistic and misleading slogans. I am sure I fail at this sometimes, because as the reader points out, nobody is completely unbiased. But I am conscious of a duty to fairness and truth, and I would be disturbed if I realized that I was misrepresenting something in order fit an “ideological narrative.”

But why, the reader might ask, should we even “come from the left” at all? Can’t we have a publication that strives for balance? If truth and fairness are the goals, then why not just pursue them where they lead us, instead of adding ideology to the mix? Surely the correct approach is something like that of the New York Times op-ed page editor, who defines the boundaries of “reasonable discussion” and then strives to present all points of view within those boundaries.

I understand why many people feel this way, and why being “bipartisan” and having “ideological diversity” can seem so appealing. As the reader says, must politics really be war? Can’t it be a civil, good-faith discussion among people who differ?

I’m afraid it can’t be. It doesn’t have to actually be war. There are, however, good reasons why passions run high in political discussions. And I can’t make Current Affairs a “non-ideological” publication, because doing so would involve surrendering my deepest moral convictions.

“Ideology” is a strange word. Your political ideology is your set of normative beliefs about the way the world ought to be. I have a political ideology, which I have described at length in this magazine. I look at the world, and I am horrified by the way certain features of it violate my sense of justice. I see people trying to crowdfund their medical expenses, and mothers returning to work almost immediately after giving birth, and I become angry. I see major injustices, like the children who sit alone in detention centers crying for their mommy and daddy, and minor injustices, like the friend of mine who cannot get his negligent landlord to take action against the rat problem in his apartment building. And while there are “two sides” to each issue, insofar as Jeff Sessions would defend keeping children in prisons and my friend’s landlord will say that he is doing everything he can, my investigation of the facts has led me to conclude that these people simply do not care very much about the lives of others.

I want to distinguish, then, between “representing the other side fairly” and “treating all points of view equally.” I always try to represent the other side fairly. I will, for example, show you exactly what Tucker Carlson says about immigrants before I show you why it’s statistically illiterate fear-mongering nonsense. I will cheerfully admit any point that Tucker Carlson gets right. But if I treated it as if it wasn’t statistically illiterate fearmongering nonsense, I would actually be less honest and fair to the truth. I have tried to examine the facts cautiously, and without “bias” interfering, and I have not been able to escape the conclusion that Tucker Carlson is manipulating data in order to make his audience irrationally afraid of immigrants.

I won’t further rehash the usual arguments about why “balance” is a disservice to truth, because all opinions do not have equal foundation in the facts. I do believe that it’s perfectly fine to be on one “side” politically, if you have actually taken care to examine each side’s beliefs as cautiously as you can, and have concluded that one side’s position is indefensible. I have read conservative books, I have watched hours and hours of conservative YouTube videos, I have had conversations with conservatives. I have found that they are correct about some points (sometimes well-intentioned social policies do not work as intended), but I mostly find their worldview deeply callous and harmful. If Current Affairs didn’t reflect that perspective, then I would be intentionally disguising or softening the truth about something I find callous and harmful. My elementary moral convictions won’t let me lie about something like that. I have to present reality as I see it after examining it.

Take the Vietnam War. I wrote a long article about it recently. There are people who say the Vietnam War was a tragic mistake, there are people who say it was a justified attempt to preserve democracy against communist encroachment, and there are people who say it was a criminal atrocity that put U.S. interests above Vietnamese lives. As I read through the literature, I had to be prepared to accept any one of these three conclusions, because open-mindedness requires it. But I found conclusion #3 to follow directly from the available evidence. It was impossible for me to avoid concluding that U.S. policymakers and military leaders did not value Vietnamese civilian lives, and that this indifference led to policies that were immoral and destructive. The conclusions I came to were strong, so I made sure to read works like pro-American historian Guenther Lewy’s America in Vietnam. But I did not find his arguments persuasive, and so I could not present them as if they were persuasive.

Current Affairs must operate from a left perspective, then, because I am convinced that the left perspective is the morally correct one. I think it flows directly from the honest application of elementary humane principles, and I think those principles are worth holding. I can engage with other perspectives, I can treat them fairly, take them seriously, and check whether they have happened upon some revelation that I have previously been blind to. But I can’t free this magazine of its political convictions, because that would involve freeing it of values, and values matter. I am not going to publish, for example, Jordan Peterson, because I think he is a bad writer who misrepresents those he criticizes and understands almost nothing about the world he lives in. If I pretended this was not true, I would be abandoning my judgment, and being an editor fundamentally requires the exercise of judgment.

In letters like the one I received from the reader, and pleas for bipartisanship generally, there is often a sense that we can separate ourselves from “politics” somehow. “I like your magazine about current affairs, but I wish you didn’t have so much of your politics in it.” I can’t quite imagine what that would look like, though. How would I write about Vietnam? Would I bury conclusions that I think are important and factually substantiated, because they happen to strike people as “political”? How could I write about Hiroshima without indicating that it makes me cry? Perhaps some people can do this, but I don’t think anyone like me can do it, because my values are too bound up with my perceptions of the world. If Hiroshima doesn’t make you weep, it’s easy to write about it without emotion. But if it does make you weep, then writing about it without emotion is inconceivable.

Some people look at politics and see “red and blue teams” fighting. They wonder “Can’t we all just get along?” Why must everything be so partisan? I agree that we should strive to be “non-partisan,” in the sense that we should not excuse conduct on our own side that we would condemn if it were done by an ideological adversary. But I think that when you have strong convictions about the way the world ought to be, as you should, you are inevitably going to have ideological adversaries. Some people do not share your interests or goals, and when the stakes are high, it is necessary to confront values you find abhorrent rather than pretending all values are equal. My ideal is not magazines that insist they are neutral. It is magazines that are scrupulously fair, make clear where they stand, and make sure to listen to others. I have no aspiration to run a magazine that makes people say “Current Affairs is free of politics.” Instead, I aspire to run a magazine that makes people say “Current Affairs is sensible, fair, and always justifies its positions even when I disagree with them.”