The “Human Rights Campaign” Has Totally Betrayed Its Constituents 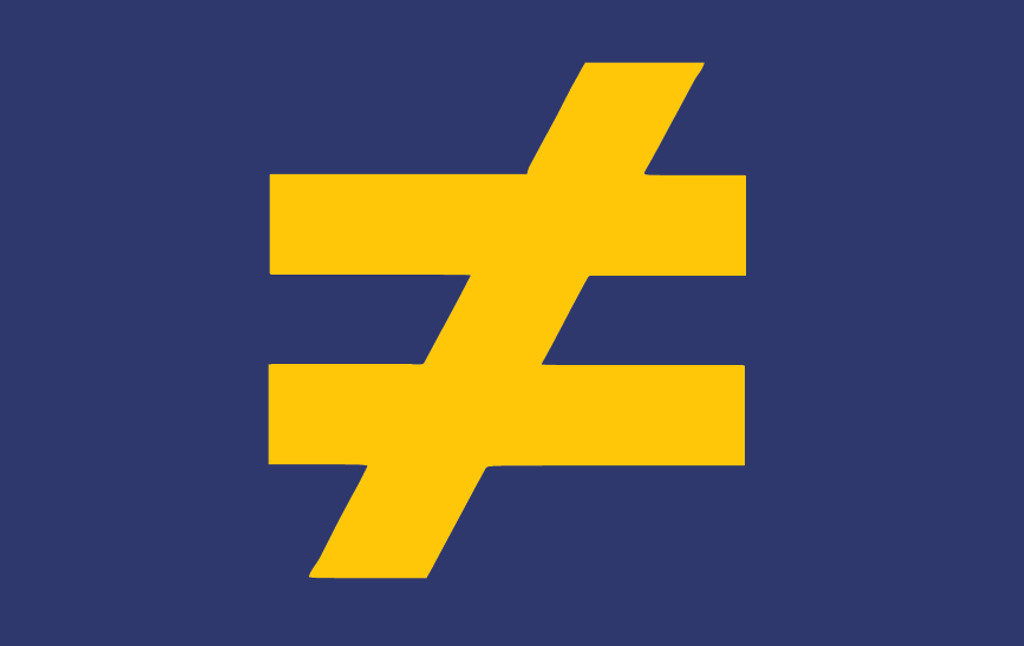 On Thursday, Delaware Senator Tom Carper was renominated for his office in the Democratic primary, defeating challenger Kerri Harris about 65 percent to 35 percent. That wasn’t especially surprising: Carper “had not lost any of his 13 previous elections in the state, earning him positions as treasurer, the state’s sole House member, governor, and eventually senator” and when he faced a challenger in 2012 he received 88 percent of the vote. All told, it’s impressive that Harris did as well as she did: She spent $100,000 on her campaign while Carper spent $3 million.

Identity differences aside, there are plenty of reasons why, from a pure policy perspective, the progressive Harris was preferable to the centrist Carper. The Intercept listed the highlights:

Harris highlighted Carper’s record on a host of issues, from his long service for banking interests and other corporations clustered in the state; to multiple votes against re-importing prescription drugs from Canada; to support for welfare reform and the largest expansion of prisons in the history of Delaware while governor; to co-authoring the bankruptcy overhaul that made it harder for the poor to escape their debts; to agreeing to confirm Brett Kavanaugh to the D.C. court of appeals in 2006; to voting to declare English the official language of the United States; to supporting the Iraq War resolution.

Even Carper’s record on LGBTQ issues was mixed! When he was governor of Delaware, Carper signed a law defining marriage as being between a man and a woman, a law he cited in 2004 to partly explain why it was unnecessary to ban same-sex marriage through the Constitution. (DOMA, he said, would “ensure that Delaware’s law is sustained.) Carper did improve on these issues over the years. But just five years ago, in 2013, he was one of the last Democrats to refuse to endorse same-sex marriage. He was listed as one of the “10 Democratic senators who still say no.” Dave Weigel commented at the time that Carper was “a strange hold-out on gay marriage” because as an extremely safe politician in a deep-blue state, there was absolutely no political risk involved. (Many of the small number of other senate Democrats who refused to sign on were in more conservative states or faced tough re-elections.) The fact that Carper held out for so long, for no reason, suggests he really did believe, during Barack Obama’s second term, that gay people shouldn’t have equal rights. And until caving under major negative publicity, Carper was willing to stand apart from other Democrats in refusing to endorse basic civil rights.

Carper is 71 years old and has had a long career in Delaware politics. That means he spent most of his life actively standing in the way of the progress of LGBTQ people. Not only did he not take the lead, but he had to be pressured into even bringing up the rear. Add in the spousal abuse and the mediocre voting record. Then add the fact that his opponent was a smart, forward-looking, queer black female Air Force Veteran. So: Why on earth didn’t the “Human Rights Campaign” support Harris? The Carper endorsement should be a disgrace on the organization’s record.

It’s only the most recent of a long series of such disgraces, though. Another recent one: HRC endorsed Andrew Cuomo (another straight man) over Cynthia Nixon (a queer woman). They even endorsed the Republican Susan Collins, who did not at the time support same sex-marriage over a Democratic opponent who “has made LGBT equality — including full marriage rights — a central part of her platform” and “has even said the current version of ENDA is not strong enough because it would allow religious institutions to still discriminate against LGBT people.” At the time, even other Republicans had endorsed marriage equality while Susan Collins stayed silent. (After the story broke, Susan Collins gave a brief and tepid statement of support for marriage equality.)

It wasn’t the only time HRC endorsed a Republican. They started the practice in 1998, back when the national Republican Party was truly virulent in its contempt for queer people. In 2016, they endorsed Illinois Republican Mark Kirk over Democrat Tammy Duckworth even though Kirk’s defeat was considered “critical” to Democrats retaking the Senate. They defended the decision by pointing to Kirk’s record as one of the most LGBTQ-friendly Republicans (which is like being one of the most—well, fill in your own joke). But even that justification didn’t make sense, since by the organization’s own metric Kirk had received a 78 on the Congressional scorecard while Duckworth had received a 100. (The same was true when HRC endorsed Hillary Clinton over Bernie Sanders. Sanders had voted against Don’t Ask Don’t Tell and the Defense of Marriage Act in the 1990s, which Clinton supported, and had supported full same-sex marriage long before Clinton came around. He had also received a higher score on the HRC congressional scorecard.)

This is only the teensiest tip of a very bulky iceberg of failure and betrayal. Current Affairs editor Yasmin Nair, who has long reported on the manifold ways in which queer people are disregarded by the well-funded lobbying organizations that claim to speak for them, has pointed out other deeply dysfunctional aspects of the organization, including, “its infamous transphobia, its support of the Bush administration’s desire to privatize social security, its censorship of people it deems too messy and untidy.” (The history on transgender issues has been especially shameful.) The organization has also had internal scandals over its treatment of women and people of color, with a sexist organizational culture.

All of this might seem a little strange to a non-leftist. Why would the Human Rights Campaign do this? Why would it endorse people who have stood in the way of LGBTQ rights over actual queer people? It makes no sense! But it does make sense, and in fact is a good illustration of why “intersectional” feminist thinking is so useful. “Intersectionality” is a big word to say that identity groups are not monolithic: Rich white gay men (e.g., Peter Thiel) do not necessarily share all of the interests of working-class black lesbians. The “LGBTQ” rainbow has many stripes, and the people in different categories have very different interests. HRC is more Peter Thiel than it is Kerri Harris.

The ways that class, gender, and race operate within the LGBTQ “community” to push issues that matter more to wealthy white men are well-known. Yasmin has written countless articles explaining how these dynamics work, and how issues like marriage achieve priority over issues like, say, making sure that HIV medication is affordable:

For many liberals and even progressives and leftists, gay marriage is seen as the pinnacle of achievement for the gay community, marking its entrance into a system of state-endowed rights and privileges not available to the unmarried. But looked at more critically, gay marriage is not an achievement for a community; rather, it shows the deep division in that community’s priorities. In the early 1990s, the gay community, ravaged by the onset of AIDS, marched on behalf of Haitian immigrants who were being rounded up and placed in camps as suspected carriers of the HIV virus.  Collectively, they demanded an end to the discrimination that also kept HIV-positive gays out of hospitals and the institution of universal healthcare. Today, most wealthy and well-off white gays can afford HIV-medications while the more vulnerable, mostly poor, mostly women, and mostly people of color have to struggle for access to resources to which they must travel long distances.

As Yasmin documents, the result of the class divide is the politics of “inclusion”: social acceptance at the top and an emphasis on more symbolic victories rather than material ones. When Yasmin talked to former HRC president Joe Solmonese in 2009, he didn’t even seem to recognize the way that increasing the power of the state, even out of anti-discriminatory motives, can cause unintended harm to poor people and people of color:

YN: There’s also a criticism of hate-crimes legislation, which HRC advocates, that it’s similarly conservative and heightens the criminalization of mostly poor people of color.

JS: The hate-crimes legislation was borne out of a real-life need that has been and continues to be expressed by local law enforcement as a need for them to—or for them to call on federal authorities to investigate and prosecute hate crimes.

YN: So I’ll assume you are in favor of penalty enhancement?

YN:  And that you’re not in favor of prison abolition, the position of groups like the Audre Lorde Project.

The Human Rights Campaign’s betrayal of its ostensible constituents has been going on for a long time. Yesterday was a particularly shameful day: It helped keep a black queer progressive out of office, preferring to support one of the senators who held out the longest against marriage equality. This organization has no credibility to speak for the groups it claims to represent. It is actively harming their interests and has been for a long time.

Instead of donating to the Human Rights Campaign you could always donate to the Audre Lorde Project. If you appreciate our work, please consider making a donation, purchasing a subscription, or supporting our podcast on Patreon. Current Affairs is not for profit and carries no outside advertising. We are an independent media institution funded entirely by subscribers and small donors, and we depend on you in order to continue to produce high-quality work.