It’s Time For A Little Perspective on Russia 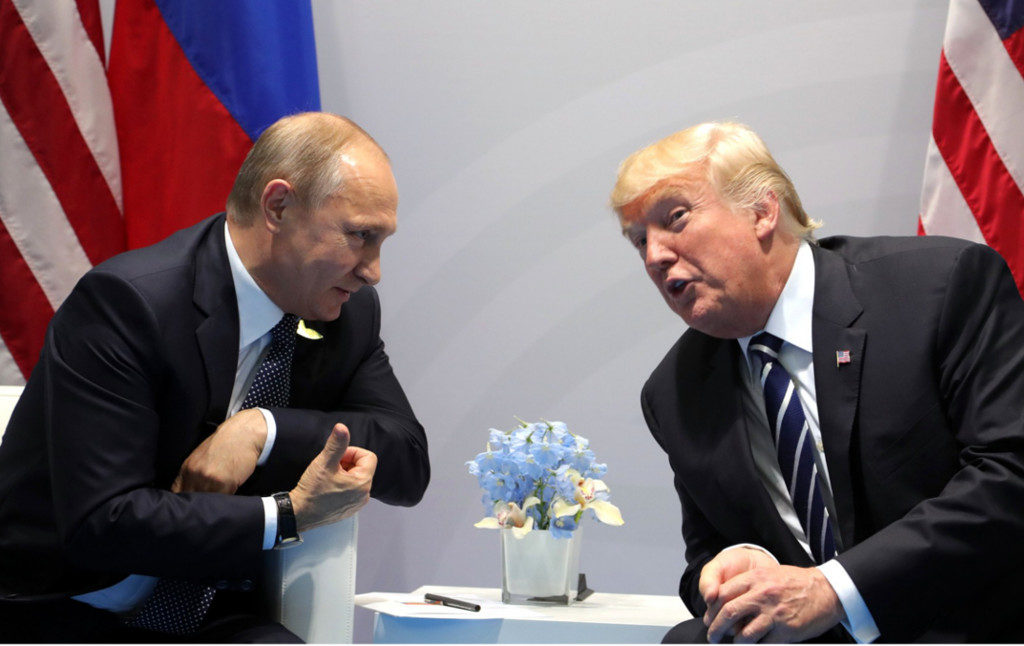 I think we are due for a little perspective on Russia.

I was trained at NSA headquarters as a signals intelligence officer in the Marines. This was about a decade ago, and I was by no means an area specialist. That said, I was privy to relevant briefs. At the time I learned that U.S. cyber operations in Russia, across Russia’s periphery, and around the world already dwarfed Russian operations in size, capability, and frequency. It wasn’t even close, and the expectation was that the gap was about to grow a whole lot wider.

This should hardly come as a surprise. Just compare the defense budgets of the United States and Russia. The president recently signed a gargantuan $700 billion gift to the Pentagon, with marginal dissent from either party or their affiliated media outlets. The budget increase alone ($61 billion) exceeds Russia’s entire annual expenditure ($46). The U.S. military budget now equals more than the combined budgets of China, Russia, Britain, Japan, Saudi Arabia, India, and France. As Vice concluded, “it’s 14 times larger than the Kremlin’s budget.”

Electoral meddling in particular happens all the time, both to us and by us. The U.S. government rigged the Russian election for Yeltsin in 1996, and then they bragged about it in a cover story for Time. (You can still find the cover online.) This followed the disastrous capitalist “shock therapy” of the early nineties and preceded the rise of the Russian oligarchs. Putin’s brand of nationalist resentment grew out of this moment of extreme collective humiliation. Meanwhile, Hillary Clinton is happily on record pushing for the tampering of Palestinian elections in 2006.

As the political scientist Dov H. Levin has shown, between 1946 and 2000, the United States government conducted at least 81 electoral interventions in other countries, while Russia conducted at least 36. This does not include the U.S. government’s violent overthrow of dozens of governments during this same period, including democratic governments in places like Iran (1953), Guatemala (1954), Congo (1960), Brazil (1964), and Chile (1973). As recent as 2009, Hillary Clinton’s State Department played a complicit role in the brutal deposition of democratically elected president Manuel Zelaya’s government in Honduras. No other country, including Russia, even approaches this level of wanton disregard for the norms of sovereignty. Around the world, organizations that the U.S. “fund[s], support[s] and direct[s] are openly dedicated to manipulating foreign elections, creating U.S.-friendly opposition movements and even overthrowing governments that impede U.S. interests worldwide.” In 1999, President Clinton sent three advisers to Israel to try to swing the country’s elections for Ehud Barak. The New York Times reported that they were “writing advertisements, plotting strategy and taking polls” for the candidate. Imagine what the reaction would be if Putin had literally dispatched three top deputies to join the Trump campaign.

Of course, a few dozen wrongs don’t make a right, and the fact that U.S. outrage over Russian interference is comically hypocritical doesn’t make tampering with our elections unobjectionable. But anyone who sees the Russian activity as an antidemocratic outrage should be condemning the United States just as loudly, and treating the Russia story as some kind of unprecedented act of covert control is laughable.

That said, just because the United States leads the world in meddling of all kinds, that doesn’t mean we are immune to it. In fact, meddling from abroad comes in many forms. Prominent think tanks in Washington are funded by the Gulf states. The United Arab Emirates contributes generously to the coffers of the Middle East Institute (MEI) and the Center for American Progress (CAP). The Brookings Institute graciously accepts millions from Qatar. The Atlantic Council and Center for Strategic and International Studies enjoy similar arrangements with other oppressive regimes like Saudi Arabia. The same can be said for numerous other repressive governments beyond the Gulf. And then there are the defense contractors, Wall Street banks, and Silicon Valley behemoths, all of which have joined such governments in capturing intellectual real estate in academia as well.

Our politicians, of course, are being flooded with cash from foreign-related interests. Pro-Israel billionaires like Sheldon Adelson and Haim Saban have bought themselves outsized influence in both parties, with Adelson successfully financing Trump’s rise to power and Saban effectively blocking Keith Ellison’s bid for Democratic National Committee chair. The Turkish lobby, likewise, continues to prove itself another bipartisan force, with everyone from former House leader Dick Gephardt to disgraced national security advisor Michael Flynn being enlisted to secure Ankara prerogatives while whitewashing various crimes against the Armenians and Kurds. As for explicit electoral interference, Saudi Arabia and the UAE have been implicated in foul play in the 2016 election. Same goes for Ukraine. Same goes for Israel in 2012. And these are just the instances so brazen that they have made their way into Wikipedia.

Lastly, our entire corporate media is owned and run by a global capitalist elite who could care less about us and our schoolkid patriotism. There are essentially five multinational corporations that now own the news media. This is down from six just a few years ago. In 1983 it was 50. This rapid consolidation is thanks to the Telecommunications Act of 1996, itself a bipartisan bill purchased by the donor class. The few dozen billionaires with the largest shares in these companies are almost all white men. They are also almost all tied up in business investments around the globe. And almost all their investments bear zero regard for the needs or desires of Americans or non-Americans alike.

For Russian interference to be a threat to our democracy, we would have to have a democracy to begin with. But our elections are already so heavily manipulated by corporations and foreign governments that it’s hard to take seriously anyone who sees Russia as a singular threat to our system of government. The issue needs to be kept in perspective, and seen in the context of both our country’s own actions and the other, even greater, barriers that prevent us from having a true democracy that reflects the will of the people rather than corporate and government interests.

Look, by all means, let’s protect the integrity of our voting systems. As Seth Ackerman just counseled in Jacobin, let’s follow Europe’s lead in a practical, guarded response to Putin’s authoritarian machinations, free of hysteria. Let’s keep pushing for independent investigations into Trump, his team, and their possibly criminal involvement with the Russian government and other unsavory entities. Let’s hold them accountable accordingly. But let’s also stop swallowing state and corporate propaganda hook, line, and sinker. Let’s stop being blind to military-industrial stakes in escalating U.S.-Russia tensions in Syria, Yemen, Iran, Ukraine, and the Russian periphery, never mind the cyber arena altogether. Let’s spend more time exposing the ways the conversation around Russia points to liberal and progressive acquiescence toward (one might say collusion with) imperialist narratives that only guarantee further death and destruction for poor and working people everywhere.

Beyond all that, let’s finally start doing the hard work of fleshing out a left foreign policy. Aziz Rana has an urgent piece in N+1 arguing that the left lacks a coherent approach to international affairs, and needs to spend its time articulating a clear response to the “bipartisan cold war ideology that has shaped American elite thinking since the 1940s, organized around the idea that the US rightly enjoys military and economic primacy because its interests are the world’s interests.” Rana lays out a set of principles that can guide the creation of an alternative approach and answer difficult practical questions like “If the US should not be the enforcer of Saudi and Israeli led dictates in the Middle East, what are alternative regional orderings?” and “What would demobilizing significant elements of the national security state look like?” We should do our best to make sure that everyone reads Rana’s piece, and faces up to the challenge he poses. Doing so will require us to be thoughtful and consistent, and to make sure that instead of following the corporate media’s lead on what to be outraged about, we work it out for ourselves and keep things in perspective.