Incredible Things Can Be Accomplished 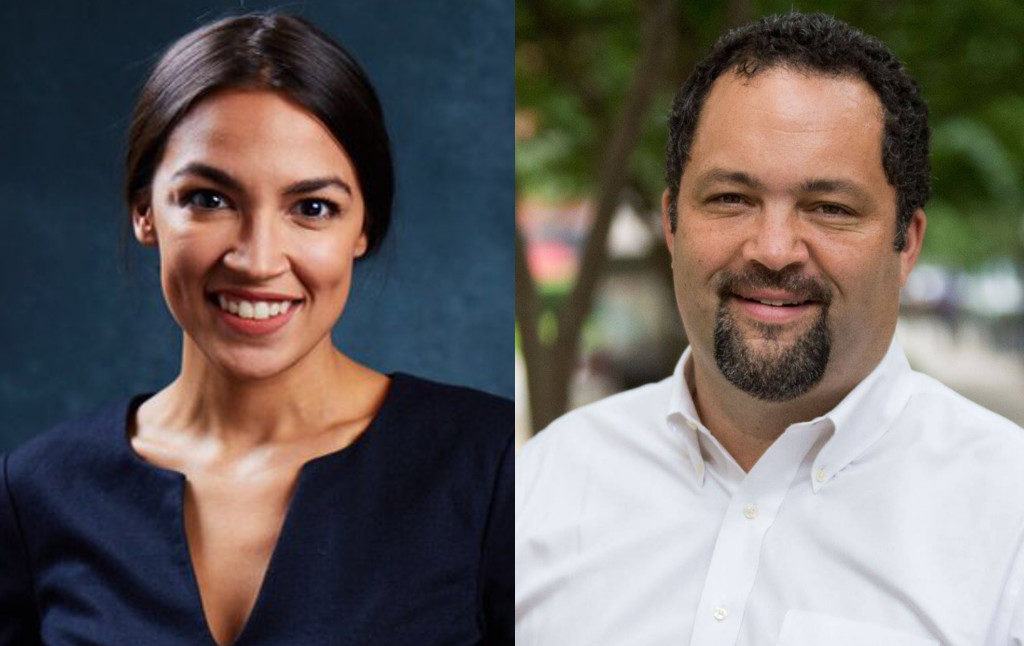 As it turns out, extraordinary, inspiring things are still possible. Last night, Alexandria Ocasio-Cortez, a 28-year old socialist who was working as a bartender this time last year, unseated Rep. Joe Crowley, one of the top-ranking Democrats in the House of Representatives. Ocasio-Cortez’s triumph is one of the most powerful political stories of our time, possibly of our country’s history. Crowley, a 10-term incumbent, was considered a top contender for the Speaker of the House position. He received millions in corporate donations, including from Google and Facebook’s PACs, and had 10 times as much money on hand as Ocasio-Cortez. As City & State New York put it, “to say that Ocasio-Cortez is an underdog would be putting it gently. [Crowley] is considered one of the most politically influential people in New York City.” But Ocasio-Cortez, despite never having run for or held political office, ran on an uncompromisingly leftist platform including abolishing ICE, universal free college, and Medicare for All. Through tireless hard work and some brilliant campaign messaging, Ocasio-Cortez showed that the Democratic establishment can, in fact, be toppled, and her victory can give some badly-needed hope in these very depressing times.

Ocasio-Cortez’s victory should prove once and for all that the “left insurgency” in the Democratic party is no mirage. Already, Nancy Pelosi is trying to spin the election as “not to be viewed as something” larger. But it is something larger. Ironically, a few days ago, the New York Times ran a story suggesting that the Bernie Sanders left was failing to show its electoral viability, warning that “the midterm elections could represent a significant missed opportunity if Mr. Sanders fails to usher any allies into high office.” Leaving aside the wrongheaded idea that Sanders is “ushering” allies into office (the whole point of the left is that it’s not about kingmakers but ordinary people, a form of politics that the Times is unfamiliar with), the resounding defeat (57-42) of one of the most influential men in New York should show that the left is, indeed, on the march.

That wasn’t the only good news for progressives last night. Ben Jealous, another former Sanders surrogate, won the Democratic primary in the race for Maryland governor. Jealous, too, is running on a left platform with the core Sanders planks of universal health care and tuition-free college. If elected, he will be the state’s first African American governor. In fact, the campaigns of Jealous and Ocasio-Cortez provide an important counterpoint to the media narrative about a conflict between “race/gender politics” and “class politics.” With all the BernieBros nonsense in 2016, there was an attempt to suggest that leftist economic policies were somehow for white men, and to obscure the multiracial and gender-diverse support that Bernie Sanders had and that left policies have generally. Ocasio-Cortez and Jealous show how fictitious and misleading this supposed conflict is: Racial justice and economic justice go hand in hand. Ocasio-Cortez herself put it better than anyone else has:

There are a few other lessons progressives can take from last night’s results. First, money isn’t everything. We often lament the influence of money in politics, and it’s very real and very damaging. But it shouldn’t cause us to lose hope. At the end of the day, elections still count votes rather than dollars (for now), which means that people do have power in their hands. The 1% may have most of the world’s wealth, but they still only have 1% of the votes, and as long a there is still a creaking shell of a democratic process, the other 99% of people have a means of defeating the influence of money if they’re organized and energetic and engaged.

Another lesson is: Just ignore the press, and everyone who says something isn’t possible. When Jeremy Corbyn’s Labour Party achieved an unexpectedly close result in the last British parliamentary elections, I said it was proof of why you shouldn’t listen to anyone who tells you that you’re going to fail. Ocasio-Cortez just offered even more proof. Who thought something like this could be done? No money, no name recognition, no connections. 28 years old (she will be the youngest woman ever elected to Congress). It helped that there were no polls, because it meant that Ocasio-Cortez could just run as if she intended to win, and not slow down until election day. (We should always ignore polls, since the point is to change them.) People are comparing this to the unseating of Republican House Speaker Eric Cantor by Tea Party activist David Brat. That comparison is dumb and insulting; it’s easy to get Republicans to go further to the right and pick an even more radically pro-business wealthy white man. This is something far more impressive: a working-class woman of color who worked as a waitress and housekeeper, becoming a congressperson.

I’ll be honest, I actually cried when I heard about Ocasio-Cortez’s victory. There’s just something so unexpected, so amazing, about the idea of an authentic, principled, economically struggling, and ordinary person becoming a congressperson. (Also, how can you not feel the joy, watching Ocasio-Cortez’s own endearing reaction?) In a functional political system, of course, it would be the rule rather than the exception, and there wouldn’t be anything surprising or special about an average person becoming a representative, because elected officials should represent the population. But we don’t have a functional political system, and teachers, bartenders, cleaning staff, and nurses rarely do get to hold political office. Ocasio-Cortez entering congress provides a vision of a different world entirely, a world in which what matters is your principles rather than your social and economic position. Imagine what it would be like if it didn’t sound crazy to say to our coworkers and friends “You should really run for office.”

A lot of us really needed this result, because as the Supreme Court issues terrible decision after terrible decision, and Donald Trump is still the president, it can be hard not to lapse into total cynicism. But incredible things can still occasionally happen, when committed people like Ocasio-Cortez and Ben Jealous work for them. I hope these victories can help spark similar campaigns across the country, by other millennials like Ocasio-Cortez who are audacious enough to believe that a representative democracy and a just world are within reach. Just imagine what that could be like.

I strongly recommend reading Alexandria Ocasio-Cortez’s introductory statement from Reddit, which will make you feel really good about what happened last night!