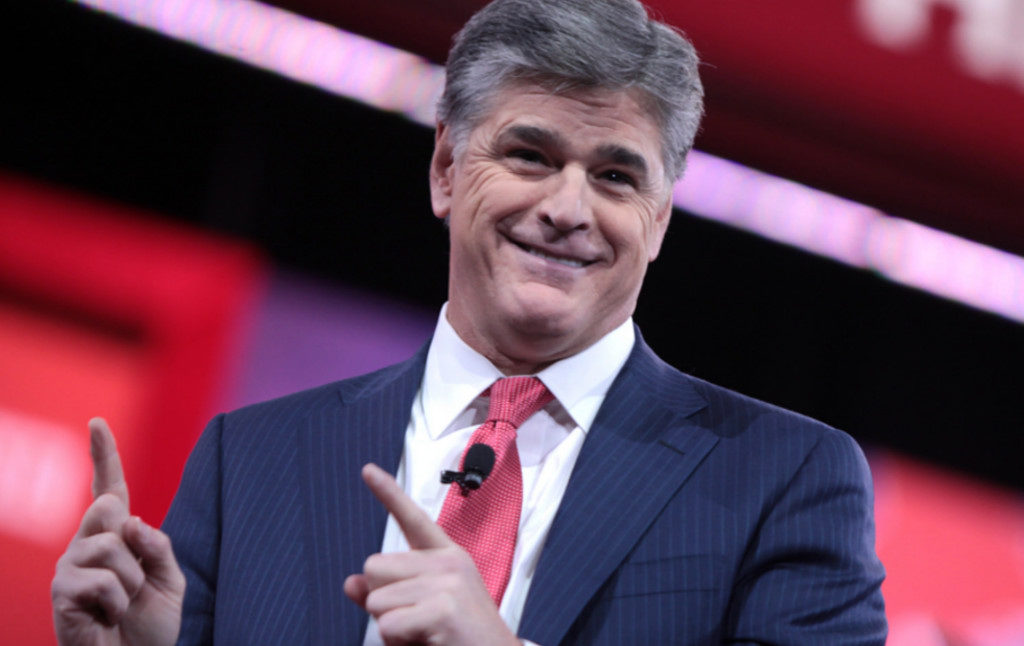 Of course Sean Hannity is a landlord…

In late April—squeezed between scandals—the American public learned a detail about Sean Hannity’s investment preferences. “I hate the stock market,” Hannity said on Fox News, just hours after a judge demanded the revelation that Hannity had been Michael Cohen’s secret client. “I prefer real estate.”

It was a preference that built an empire. Over the last decade, Hannity and his associated shell companies have spent more than $90 million to buy nearly 900 properties across the United States. Some of these are luxury properties—high-rise apartments or beachside condos. Others are low-income properties, acquired through fire sales of foreclosed properties or with the assistance of the Department for Housing and Urban Development.

In his preference for property, Hannity finds himself in very particular company. President Donald Trump and his family’s Trump Organization managed low-income housing in New York City’s outer boroughs—as slumlords, according to some—before moving into Manhattan luxury properties. Senior Advisor Jared Kushner and his family’s Kushner Companies invest in high-end real estate projects across the Tri-State Area. And the list goes on: not only Real Estate Republicans with questionable records, but also oligarchs from around the world who stuff their loose cash into urban real estate.

What’s the deal? Why is there so much bloody money in our backyards? Why do so many bad men love the property market?

The first reason is financial. Like other investments, property generates passive income and requires no labor, and the best kind of income is the kind you don’t have to work for. Compared to investments in research, development, or innovation, property is low-risk, high-return, and zero-contribution to the public good. “Landlords,” wrote John Stuart Mill, “grow rich in their sleep without working, risking or economizing.”

It’s actually worse. Not only do real estate investors reap rewards without lifting a finger—they do so at the cost of the renters next door. Gains to property value are broadly zero-sum: When they rise, homeowners get richer, but tenants must forfeit more of their monthly income on rents. In the property market, then, it’s the poor that subsidize the rich.

The business is lucrative. Today, investors gobble up empty mansions and vacant condos just to cash in when their price inflates. (Investments in property can turn entire neighborhoods into ghost towns, and have generated the perverse situation in which homeless people sleep on the streets in front of unoccupied luxury condominium towers.) Bricks are gold bars, and anyone who would rather not invest in the real economy is free to hoard them.

The second reason is political. Property is a cheap and convenient way to launder money and circumvent taxation. Hence Sean Hannity’s—or Paul Manafort’s, or even Donald Trump’s—preference for shell companies to handle real estate matters. In 2015, more than half of all property purchases of over $3 million were made by LLCs. That same year, more than half of all property purchases in New York City were made in cold hard cash. It’s even worse here in Britain. Between 1999 and 2014, offshore companies acquired more than £107 billion worth of British property—a low-ball estimate at best. The property market is where bad men with bloody money go to hide.

The final reason, however, is the most explicitly moral. Property markets reap profit from human necessity. We recognize that shelter is a human right. And yet, in our market societies, we accept that landlords have the right to get rich from this basic need. That’s the business model.

“I love bad markets,” Donald Trump said in a 2004 interview. “I always make a lot of money in bad markets…You can do very well in a bad market.”

There is a common myth that real estate profit—the real money—comes from the high end of the market. The penthouses, the condos, the luxury flats: the high price tag suggests a high return on investment. This appears to be the logic of gentrification. In reality, though, some of the highest returns on investment come at the bottom end of the market. As Matthew Desmond has documented, the disparity between rent levels in the richest parts of the country and the poorest are simply not that high, allowing landlords to capture large returns from their low-income properties. “You can buy in the neighbourhood for much lower than you can in the suburbs, but you can still rent it at a decent amount,” Desmond said in a recent interview. “Your mortgage bills are lower, your tax bills are lower, and your return on investment is often better.”

Of course, as Desmond takes pains to note, not all landlords are bad. In a system where housing is mostly relegated to the private sector, builders, developers, and landlords serve a necessary function. Indeed, some landlords work hard to support their tenants while also putting food on their own table.

But much of the property market is designed to take advantage of desperation. Here we return to Hannity’s property portfolio. Between 2007 and 2012, Hannity’s dealer Jeff Brock rigged foreclosure auctions in Georgia to acquire properties that he then sold onto Hannity’s shell company.

This is a familiar pipeline on Wall Street. Following the crash in 2008—when roughly 5 million families faced foreclosure—several firms swooped in to gobble up vacant properties and lease them as landlords. Billionaire Steve Schwarzman—the “Trump whisperer”—and his Blackstone Group have since become the largest landlords in the United States, with massive rental holdings in California, Florida, and Georgia. Blackstone can snatch thousands of properties in a single day, flipping homes into investment vehicles.

What are the practical implications here? I will highlight only one. We must prevent anonymous property ownership. No LLCs, no shell companies, no offshore accounts—if Fox and their friends would like to reap profits from property, we deserve to know who, where, and how. This solution not only helps to crack down on tax fraud and money laundering, a crucial step in cleaning up the global financial system. It also helps to keep the rentiers accountable for the real lives that their businesses impact, each and every day. It’s time they came out in the open.