When What’s Good For The World Is Bad For Business 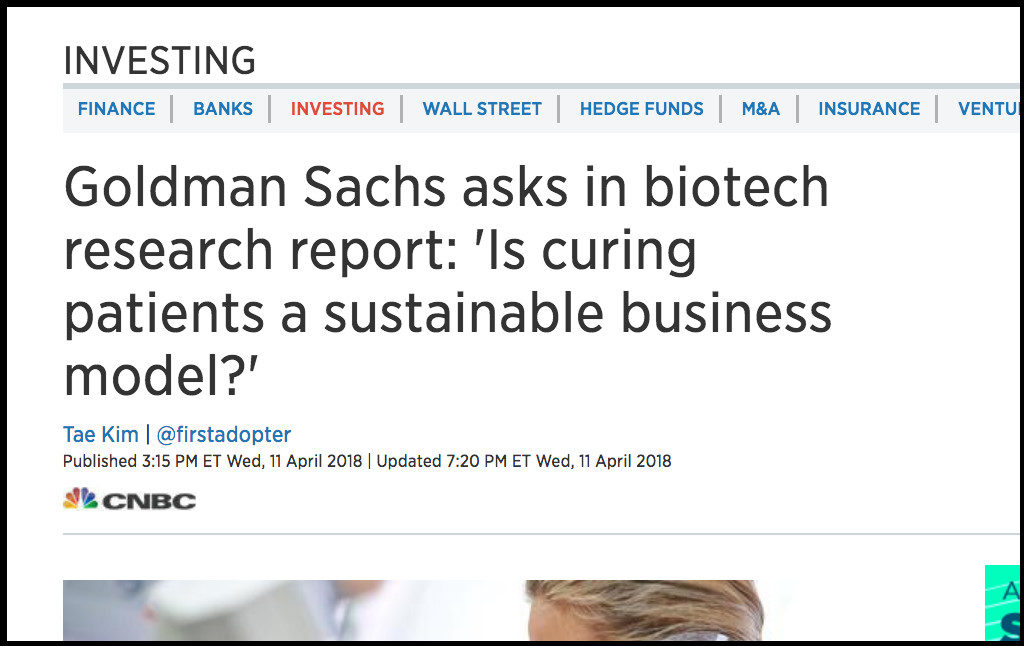 Better hope your disease is one of the profitable ones!

One of my favorite movies is 1951’s The Man in The White Suit, a charming British comedy in which Alec Guinness stars as a chemist. Guinness’ character, Sidney Stratton, works for textile companies trying to produce a new kind of synthetic fiber. (Or fibre, since we’re in England.) Stratton keeps getting fired (or rather, sacked) thanks to his habit of demanding large amounts of company resources to pursue expensive and seemingly fruitless research. Eventually he can only continue to use laboratory facilities by offering to work unpaid. One day, however, Stratton’s research pays off: he discovers a new fibre that completely resists dirt and is virtually indestructible. Stratton creates a gleaming white suit out of the new material, which he says will revolutionize the apparel industry. Nobody will ever need a new set of clothes again once they have the white suit, because it never wears out. They’ll never need to do laundry again, because it doesn’t need to be washed. Stratton believes that everyone will be thrilled at this spectacular innovation and the liberation from toil, expense, and waste that it offers humankind.

Instead what happens is this: Stratton’s employers are horrified. They realize that because they run a textile company, the White Suit spells the death of their industry. They refuse to put the suit into production, and use a combination of threats and bribery against Stratton. Nor are the workers happy: they realize that the death of textile manufacturing means the elimination of their jobs. Soon, Stratton (in his white suit) is being chased through the street by a mixture of capitalists and laborers. I won’t spoil the ending too much for you, but I will tell you that the status quo manages to reassert itself. 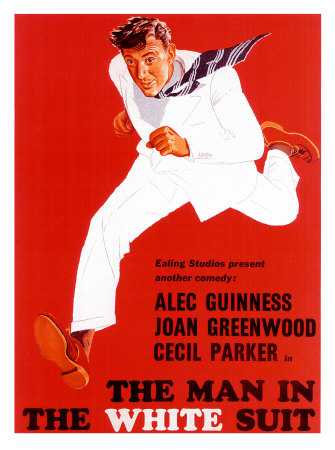 I thought about The Man In The White Suit while reading a recent CNBC story entitled “Goldman Sachs asks in biotech research report: ‘Is curing patients a sustainable business model?’” Apparently a Goldman analyst produced a report addressed to biotech companies, warning that new gene therapy treatments could threaten the industry if they were too successful. From the article:

“The potential to deliver ‘one shot cures’ is one of the most attractive aspects of gene therapy, genetically-engineered cell therapy and gene editing. However, such treatments offer a very different outlook with regard to recurring revenue versus chronic therapies,” analyst Salveen Richter wrote in the note to clients Tuesday. “While this proposition carries tremendous value for patients and society, it could represent a challenge for genome medicine developers looking for sustained cash flow.” [T]he success of its hepatitis C franchise has gradually exhausted the available pool of treatable patients,” the analyst wrote. “In the case of infectious diseases such as hepatitis C, curing existing patients also decreases the number of carriers able to transmit the virus to new patients, thus the incident pool also declines … Where an incident pool remains stable (eg, in cancer) the potential for a cure poses less risk to the sustainability of a franchise.”

Companies were advised that they could easily see the same thing happening as did to Gilead Sciences, whose hepatitis C treatment “achieved a cure rate of 90%,” causing a rapid decline in sales. Instead, the report suggested “three potential solutions”: “address large markets” like hemophilia, which is “growing at ~6-7% annually,” address disorders with high incidence like spinal muscular atrophy, and engage in “constant innovation and portfolio expansion.”

(By the way, approaches to this illustrate one difference between liberalism and leftism. My sense is that the liberal response to the CNBC story is to insist that there’s no reason why cures can’t be profitable, while the leftist response is to admit that cures aren’t profitable and say that this shows a fundamental problem with the incentive structure of capitalism.)

Philosopher G.A. Cohen once illustrated this economic tendency with the example of the “shmoo” creatures from the L’il Abner comics. The shmoos reproduce easily, are delicious to eat, produce eggs, provide entertainment, and are generally capable of satisfying most human needs. The arrival of the shmoo meets with an intense backlash from capitalists whose livelihoods depend on selling the products that shmoos make obsolete. Human beings with shmoos need neither jobs nor commodities, meaning that the dependence of laborers on capital evaporates overnight. Cohen pointed out that corporations must avoid making shmoos, or anything that could render them obsolete. General Motors needs to keep making cars, because, as its former chairman said, it “is not in the business of making cars [but] the business of making money.” So, as Daniel Bell pointed out, when it has been faced with the choice between making “a better car with a prospect of a low profit margin, and a poorer car with a high profit margin,” it chooses the latter. (Bell gives the example of GM killing research on air-cooled cars in the 1920s but since then we also have the infamous example of the EV-1).

Markets work when “the things people can make money from” and “the things people need and want” are the same thing. Unfortunately, there are plenty of things that people need and want that nobody can make money from, and there are plenty of things people can make money from that are neither needed nor wanted. (Hence advertising; it takes billions of dollars in psychological manipulation to convince people to think they want the things they ultimately buy.) People with diseases would like to have those diseases cured, but unless they have one of the profitable diseases like hemophilia, they may well be out of luck. Surgical anesthetic drugs are necessary and useful but companies won’t supply them if they’re not lucrative. Whether or not it’s true, as Bill Gates has suggested, that there is more research on baldness than there is on diseases like malaria, it is the case that if left to the market alone, medical research would disproportionately focus on the ailments of the wealthy rather than the destitute.

The White Suit is obviously the most useful thing, but it’s unfortunately not the most profitable thing. Figuring out how to maximize humankind’s potential involves figuring out how to have an economic system that encourages, rather than discourages, innovations that are good for humanity yet bad for business.