Quiz: Which Dystopia Have I Found Myself In? 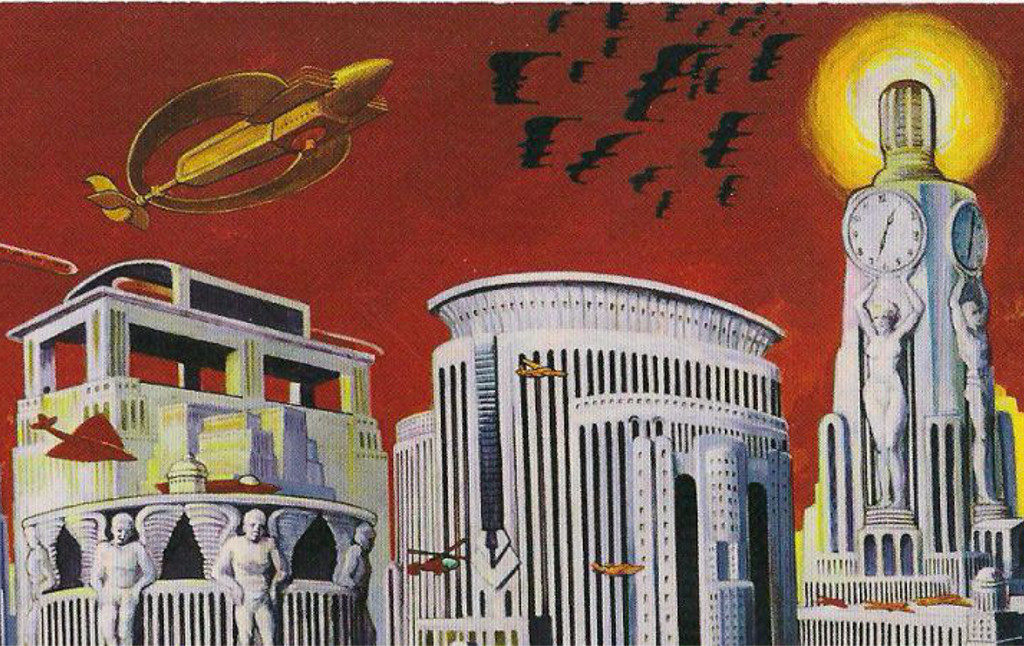 Humanity has many possible futures. But which one is yours?

The year is 2549. You live in some kind of society, but which one? Not sure? Take this handy quiz.

1. Commuting! We all do it, we all hate it. Choose the answer that most closely resembles the way you get to work.

A. Dawn. You creep cautiously up the stairs past your sleeping comrades. The Silicon Emperor’s roving bands of death spiders didn’t find you as you slept. That’s good, but now it’s time to hunt. The death spiders have been fed your gene signature and those of all the other Designated Nopes. You must find and kill the death spiders before they kill you. You open the cellar door, just a crack. You are immediately eaten by death spiders.

B. Up, up, up! If you don’t snag a flying car now, you’ll have to wait thirty seconds for the next, and that’s a whole thirty seconds of debt you’re accruing. Jumping in the car—oh no—a tooth fell out. The distraction costs you two seconds. You’ll make up for it in the air. Zipping above the Devastation, you’re mildly horrified by the crawling misery below. But you comfort yourself with the notion that civilization has finally finished sorting itself into the deserving and the un-. Still, you wonder. What if there are a few deserving mixed up in the undeserving hordes below? What if someday you, and not just a rotten tooth, fall into the abyss? You feel sick. It’s not just the untreated infection in your mouth. Before your first gig you waste an entire minute buying a Calmer from the closest Anx-No-More.

C. You’ve told the alarm-bird to fuck off twelve times, but it’s noon and you really have to go to work. Ugh. The dresser suggests one of your sexier outfits, but you’re not feeling sexy today. Why do you even have to put on clothes? The world is so fucking unfair. You throw on an ugly jumpsuit. The mirror tells you how good you look, and you tell it to go fuck itself. Then you have to convince the mirror you didn’t mean it. It takes a while, but eventually, the mirror stops crying. You step through the silken glass and there you are, at work. Ugh. You are just not in the mood for interaction today.

D. You swing a thermometer inside a wet rat-skin, testing the air  outside the bunker. 38°C. Shit. You’ll have to hunt across the blasted hellscape for food tomorrow.

A. It’s not all battling death spiders. Sometimes you fight Freedom Knights and Rage Nazis. And then you’re eaten by death spiders.

B. Lease out your kidneys to wealthy duocentenarians. It’s not really that bad. You just have to keep smiling. Show those remaining teeth. If a client thinks you’ve failed to appreciate the honor of physically processing their thin, dusty fluids, they might give you a bad rating, and then it’s down to the Devastation for you!

C. There’s a transport shortage on Tristus Prime, and its citizens have to wait up to an hour in line at the spaceports. Your committee meeting’s deadlocked. Any one of the three proposed solutions will probably alleviate the crisis, but which is best? No one can agree. Everyone keeps sniping at each other, bringing up personal grudges and factional loyalties. The meeting lasts the whole workday—two hours! You leave irritated with your colleagues.

D. You follow the shadow of a vulture across the bleeding sand. In the distance the acid sea laps quietly against the shore.

A. Under the rubble you’ve carved a cozy spot. A stolen Rage Nazi banner turned into a blanket, a rose you found in the weeds. You even repurposed a taserfly into a lantern. There’s no food, but that’s ok. You and your partner make desperate love in your little cave of light. Before you can finish, you’re eaten by death spiders.

B. Your date is gorgeous, witty, and thoughtful, but the dinner’s spoiled by your racing mind. As a vulpinate splice from a backwoods hypersphere, is it ok to be attracted to a squidress from Selfex Eight? Is it not ok to NOT be attracted to a squidress from Selfex Eight? What does your attraction or lack of attraction to squidresses say about you and vulpinate splices in general? Can you monetize this date by writing a piece about your anxieties? In the kitchen, the squidress chef is running a fever. She coughs all over your food.

C. In the public luxaflora garden, you get into an argument over Scora Moan. Yeah, bles the way you get to work. okay, she’s talented, but she doesn’t write all her own songs. Your date calls you pedantic and judgmental. You storm away under the neon shadows of the floating miximba trees. Later, you realize you were, in fact, being pedantic and judgmental.

D. You spend a lovely evening with a skull. You talk to it for hours, admiring the descending curve of its spinal column. It really is the cleanest and most complete human spine you’ve ever seen.

A. Even in the midst of a running fight for your life, there are long stretches of quiet hours, sometimes even days. You and your comrades tell stories of the fallen, of all the tribes of Designated Nopes that have been taken from the universe. There was so much beauty, so many varieties of human experience, silly jokes, raunchy stories… all destroyed by the Silicon Emperor, who smashes what he doesn’t understand. A flying death spider drops its payload. You drown in liquid flame.

B. What’s downtime? Do you mean sleeping? You do sleep, sometimes. You’ve outsourced your dreams to Creatabix, and the raw stuff of your imagination is fed as a slurry into the minds of rich kids who want to be artists but lack the crucial ingredients of talent, awareness, and sensibility. When you wake up you feel drained, listless. Stop complaining. What keeps the air flowing to this closet you sleep in? It’s dream-money, baby.

C. Since you only work two hours a day, most of your life is downtime. But if you ever get bored of art, literature, holosports, and getting drunk, you can always plug into LiveMind for a round of “Who Shat Themselves Today?” The game is to find the person who accidentally revealed the most embarrassing thought and ridicule them mercilessly. Of course, before you start playing, you search through your own LiveMind archive and delete any thought-pattern that might reveal too much genuine vulnerability.

D. At night, when you can’t sleep for the itching of the dust ticks and the scourge gnats, you contemplate all the people who should have fucking done something while the earth slowly died beneath their feet.

B. You don’t have museums, exactly, but you do have auction houses. Sometimes you score an invite as the personal footrest of an orcabro. It’s funny – most orcabros have money, and most vulpinates and squidresses don’t. Everyone says vulpinates and squidresses just need to work more and smile harder. As you slowly compress under the weight of the orcabro’s dorsal legs, you square your shoulders and hustle up a grin. Your orcabro bids on a jade Olmec mask from the fifth century BCE. When he wins, he films himself smashing it on the floor. You put in a bid for one of the shards.

C. There are many museums, but your favorite is the Museum of Late Capitalism. Whenever a real rift has arisen in your friend group, you gather together at the feet of the memorials. By the end of the day, you’ve all had the same revelation: yes, the petty bullshit of your fellow citizens is excruciatingly annoying, even toxic—but it’s the worst of your problems. You all have dinner together, humbly grateful to be alive in this moment.

ADD UP YOUR ANSWERS

Margaret Atwood once said “every dystopia contains a little utopia,” but did you think it would be a utopia for you? Did you really think you might be one of the chosen, the Designated Yeahs, destined by your superior strength and brains and overall genetic excellence to sit at the right hand of the Silicon Emperor? If you did, you’re an idiot. You were devoured by death spiders long ago.

Stop! You don’t have time to read this! Every second you waste is a second you’re not out there hustling! You’ve got dreams to sell and body parts to rent. If you pause to think, you might wake up to the realization that all this running and gigging and self-promoting is making you completely miserable. But it’s ok. You can watch three entire holoshows starring vulpinate splices just like you!

Is it perfect? Nah. Is there lots of pointless infighting? So much. Are resources still distributed imperfectly? Yes, but it’s getting better. Are you thoroughly sick of spending so much time working out problems with your obnoxious fellow citizens? YES, but you’ve got a nice solo vacation to Enceladus coming up. Is this political arrangement better than anything that’s come before? You bet your socks.

We really should have fucking done something.

The NCAA’s ‘Compromises’ on Paying Athletes Are Bullshit What Fast Food Tells Us About the World The Ministry for the Future, or Do Authors Dream of Electric Jeeps? The Nature of Money Build Back Better for Whom? How Neoliberalism (Re)creates Disaster Risks