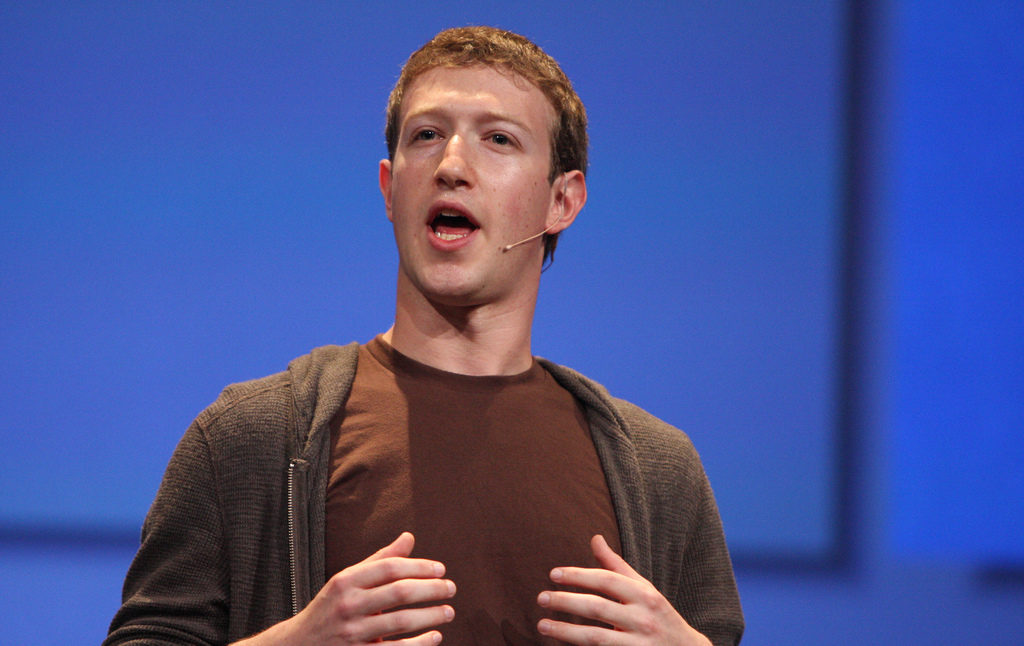 Independent media organizations are at the mercy of tech companies’ algorithms…

There are a lot of reasons to be critical of the sprawling Silicon Valley monopolies that control our access to information. Chris Gilliard, an academic who studies tech policy, recently compiled a list of the creepiest things large tech companies had done, the ones so invasive and dystopian as to seem implausible. Gilliard’s list included: Facebook’s algorithms outing sex workers, Uber executives tracking individuals as party entertainment, education technology keeping track of students’ deleted answers as well as their submitted ones, college dining halls using iris scans to identify students, Amazon’s unilateral power to delete people’s book libraries, Facebook helping advertisers identify teens who feel “insecure” or “worthless,” Uber determining which of its users are having one-night stands, Facebook’s attempt to emotionally manipulate over half a million users as part of an experiment, and companies using data to determine their employees’ shopping habits, voting history, and health conditions. (The list went on.)

Nobody should really expect people like Mark Zuckerberg to be zealous guardians of their private information. Zuckerberg himself believes that privacy is simply no longer a social norm.  (“They trust me — dumb fucks,” he said of Facebook’s earliest users’ decision to give him their personal information.) As has been pointed out over and over, as a few small companies become the guardians of almost all of our private information, we are increasingly reliant on their benevolence to make sure our data is used wisely. (The word “data” is a bit too broad to capture what we’re talking about, actually: what we really mean by “safeguard our data” is “hope that Google doesn’t decide one day to publicly release and/or sell all of my emails.” It’s not that they would, but I’ll admit I haven’t checked my user agreement to find out what I would do if they did. I once heard someone say that the most disruptive thing you could do to society, worse than any foreseeable terrorist attack, would be to make every single person’s private conversations and files public all at once.) As David Dayen has pointed out, even though these few small companies know so much about us, we know very little about them: “We don’t know how our data is handled. We don’t know how algorithms nudge us into certain apps or products.” We don’t know anything, really. I don’t know if my data has been sold to some third party. I don’t know whether some user profile somewhere knows more about me than I do about myself (such as whether I am pregnant. I don’t think I am, for obvious reasons, but the tech companies probably know better than I do.)

But as much as I may share Franklin Foer’s belief that we need strict new regulations on data protection, and Farhad Manjoo’s conclusion that government may be incapable of successfully regulating the tech giants, I should probably mind what I say about the Silicon Valley Overlords. My livelihood, after all, depends on their good will.

I realized recently just how dependent I truly am. It’s not just that I use an Apple computer, buy things on Amazon, and use Gmail and Facebook. I knew that I was personally entangled with their products. But what I hadn’t taken account of was how professionally dependent I now am. With just a few small changes to how Facebook and Twitter distribute content, Current Affairs itself might suffer catastrophic economic harm to the point of being nearly put out of business. It doesn’t feel like it, but we constantly have an enormous Sword of Damocles hanging over us, one that could be dropped at any time by Facebook or Twitter.

Here’s our situation. Current Affairs exists as both a print and online publication. But there are almost no newsstands these days, so nearly all of our print subscriptions come from people who have read one of our articles online and subscribed on our website. And almost all of our online traffic comes from Facebook and Twitter: we post our articles, they get shared, and when they get popular, people subscribe. Through that mechanism, and essentially that mechanism alone, we have built up from having a couple of hundred subscribers at the end of 2015 to the thousands we currently have. The sharing of our articles on social media is the engine of our growth. Without it, I don’t know how anybody would find us. We might continue to spread a bit through word of mouth (I see a magazine on your coffee table, you tell me about it, I go home and subscribe). But very few of our customers find us that way.

I get very nervous when I think about the implications of this: what if Facebook changed its algorithms one day, and Current Affairs articles ceased to show up in people’s news feeds when others shared them? Or what if we accidentally tweeted a snarky remark that Twitter interpreted as a violation of its Terms of Service, and terminated the Current Affairs account? Instantly, we would lose a significant portion of our audience, with no way to get it back. And because private companies are private, with no actual democratic control, there is no obvious “appeals process,” no “rule of law,” no “voting.” Because you don’t have any right to use these platforms (and they’re free, after all!), you have no remedy if they turn against you.

These are not idle fears or paranoia. Last year when YouTube made some tweaks to its algorithms, supposedly in an effort to keep hate speech from being rewarded with lucrative advertising, a progressive political commentary show saw a sudden drop off in revenue and had to turn to a crowdfunding campaign to survive. Facebook’s own algorithms are adjusted to achieve certain ends, such as punishing posters who actively seek likes. The World Socialist Website reported that after Google refined its criteria for the sites that would appear on Google News, the number of visitors who arrived at the website from Google searches dropped over 70% in a month.

We have additional reason to be wary because of growing calls for the tech companies to take a more active role in determining which political content users ought to see. Panic over allegations that Russia used social media as part of a manipulative propaganda campaign has led some to call for Facebook to actively police for propaganda. But “propaganda” is, as always, a malleable and subjective term; in 2016 an organization purporting to list “Russian propaganda” outlets ended up putting ordinary left-wing blogs on its blacklist. Any attempt to have tech companies police news sources will inevitably reward large mainstream outlets and punish independent and dissident media.

This grows even more worrisome given that Facebook has recently shown a willingness to delete accounts at the behest of the U.S. and Israeli governments. Independent media creators have to be careful not only that they please Facebook, but that they please the government. Naturally, this makes the First Amendment meaningless in its effect: if the government can simply direct a tech company to silence you because it doesn’t like what you say, and can destroy your livelihood as a result, it’s hard to call the result anything but a system of government censorship.

This is all made somewhat complicated by the public/private distinction: whenever Twitter deletes the account of somebody people don’t like, those people inevitably respond to the resulting “Free Speech” cries by reminding us that the First Amendment only applies to action taken by the state. But we’re now in a situation where tech companies’ penetration into everyday life is so great that they have effective control over our speech. Theoretically, the reason I don’t have “rights” vis-a-vis private companies is that I can simply choose to stop interacting with those companies if I don’t like their policies. I can’t do that with the government. But as the tech companies consolidate almost total monopolies over information, that becomes less and less realistic. If Facebook decides that it doesn’t like Current Affairs criticizing Israel and bumps us down the news feed, theoretically, I could go and start my own social network with a friendlier algorithm, one that always displayed Current Affairs at the top. But this is impossible: I don’t have the resources to start such a network. In practice, now that tech has killed newsstands, our magazine has no alternative but to try to survive through social media.

Large corporations are private governments: they have control over people’s lives, and their decisions can determine who gets to speak and whether anyone will hear them. The more they dominate a market, the less “exit” becomes a meaningful option for dissatisfied users: you could go and live in the forest (unless the forest is privatized), but otherwise, you have to accept whatever terms are handed down from above. That means being subject to private tyranny: nobody gets to vote on Facebook’s policies, Mark Zuckerberg doesn’t have to run for reelection with each user given a vote (wouldn’t that be great?), there is no disclosure and no accountability. But we should treat large companies exactly the way we treat governments: they should be democratic and should respect people’s rights. Otherwise, we have an authoritarian system: one guy could destroy Current Affairs by making a phone call, if he so chose. As we become larger, that won’t necessarily be true. But that’s the point: a huge power imbalance means that small outlets are the most beholden, just as small sellers would lose out if Amazon ever decided to shut them out of its marketplace. (We sell most of our books on Amazon; I don’t buy the logic that you should boycott these huge companies, any more than I think you can boycott the U.S. government while living in the U.S. Rather, we should be trying to democratize them.)

So: I love Mark Zuckerberg, and can never say a word against him. I hope he will return my feelings of good will.