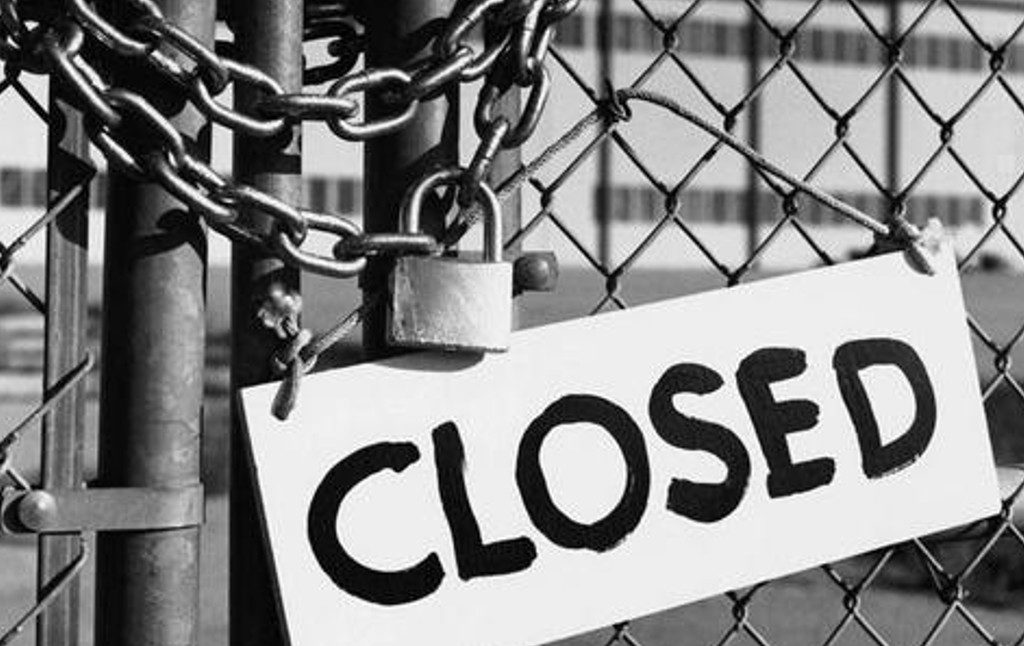 A radical idea: people shouldn’t be the helpless victims of their employers’ whims…

Every weekday morning for the last six months I have gone to the coffee shop across the park from the Current Affairs office. The people in there are, or were, lovely. It was, as so many places in New Orleans are, neighborly and welcoming. But last week, without notice, the place shut down. I arrived one morning to find it gone. No note on the door, nothing. One day it was functioning normally, the next day it was locked and shuttered.

Coffee shops come and go, and I’ve long since stopped foolishly assuming that the places I enjoy will continue to exist. I liked this one, but there are other bagels, other lattes. One aspect of this particular closure is notable, however: the cafe was part of a chain. It’s a local chain, with 20 or so store scattered across this part of the state. And the decision to close the store next to our office was made by corporate HQ. The staff from this location were split up and transferred to other stores all over town, on very little notice.

I have no idea why the store closed. Perhaps downtown office workers are buying fewer coffees. Perhaps it was just one of those inscrutable and arbitrary business decisions, about “reorienting our brand by shifting our geographic focus” or something. It was a popular spot, so I can’t think it was losing money. The important aspect to me, though, is the staff and patrons had nothing to do with the decision itself. It was an order handed down From Above. HQ says this store is closing next week. The staff are told their new location assignments. The customers will find out when they show up and find the place has disappeared. Nothing is put to a vote. Nobody is given a chance to find a way to save the store. The decision is mysterious and irrevocable.

So what? Well, not that it matters especially much, but a coffee shop is a little community. Customers are friends with staff, coworkers are friends with each other. Social bonds develop around places. It doesn’t matter if it’s a chain store; as Chris Arnade has documented, some of the strongest community ties emerge at McDonalds. That means, though, that if a store closes, a lot of people lose things: the ones who don’t get transfers lose their jobs, the ones who do get transfers lose the group of people they knew, and the place they had come to think of as theirs, and might get an inconvenient new commute. The customers lose comparatively less; it’s just that the old men who came in early to read the newspaper and gab have to find someplace else to do it, and the friendships and familiarities that developed through repeated everyday encounters are no more.

The corporate structure means that decisions that affect a lot of people’s lives are often taken with almost no regard to those people’s interests or desires. My coffee shop is a trivial example: take factories. Factory closures decimate entire towns. Not only do they ruin thousands of people’s lives economically, but they often also plunge those people into a disturbing state of uncertainty and confusion: when everything you have known for 20 years goes away overnight, there is a loss not only to your finances but to your identity. But once a layoff has been announced, it doesn’t matter how the workers feel about it.

The core principle of democracy is that people have to have a say in decisions that affect their lives. We can disagree over the extent to which the U.S. political system meets that standard (it doesn’t), but what’s very clear is that the economic system is in no way a democracy. Workplaces are mostly authoritarian: nobody gets to vote for their boss, but the boss can ruin your life if you displease him. Political philosopher Elizabeth Anderson has written about how companies form a kind of “private government” with decision-making structures that we would call “dictatorial” in other contexts:

Imagine a government that assigns almost everyone a superior whom they must obey. Although superiors give most inferiors a routine to follow, there is no rule of law. Orders may be arbitrary and can change at any time, without prior notice or opportunity to appeal. Superiors are unaccountable to those they order around. They are neither elected nor removable by their inferiors. Inferiors have no right to complain in court about how they are being treated, except in a few narrowly defined cases. They also have no right to be consulted about the orders they are given. ­There are multiple ranks in the society ruled by this government. The content of the orders people receive varies, depending on their rank. Higher-ranked individuals may be granted considerable freedom in deciding how to carry out their orders, and may issue some orders to some inferiors. The most highly ranked individual takes no orders but issues many. The lowest-ranked may have their bodily movements and speech minutely regulated for most of the day.

I have watched, many times, the video of the workers at the Carrier plant being told that they are all going to be fired and their jobs moved to Mexico. It makes me feel a visceral boiling rage every time I see it; I am impressed with the restraint of the workers for not committing acts of bodily violence upon the corporate suit who announces the news. But the thing that makes what is happening seem truly unfair is not that the jobs are being moved. Whether that’s fair depends on what the reasons for it were. The injustice here seems, rather, to be that the Carrier workers haven’t had any part of the process by which this decision was made. They are simply acted upon by people richer than them, who do not have to bear any of the negative consequences of the decision. Even if we make the—probably wrong—assumption that there was no way Carrier could stay profitable without moving to Mexico, decisions about the fate of a institution and its employees need to be made by those who have a stake in those decisions. Otherwise, you get Flint: a plant that once employed 27,000 workers disappears, killing an entire city’s economy. What’s important here is that there are huge “externalities” as a result of GM’s decision-making, but GM doesn’t have to take those into account. Am I saying that the residents of a town should get to vote on whether a major employer closes down? Well, yeah, I kind of am. Or at least, I believe that people who serve an institution and depend on it for their livelihoods are entitled to far more than mere notice that it is going to disappear. They are entitled to some control over the institution itself. 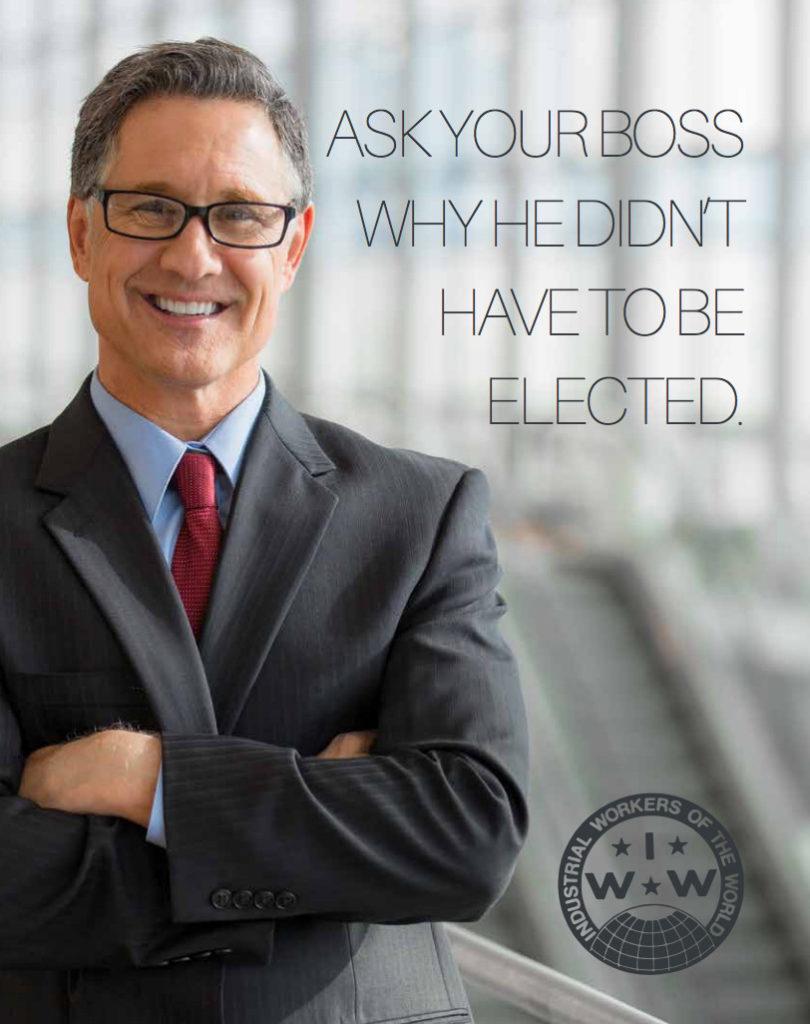 Without workplace democracy, “cost-benefit” analyses of decisions are not even being conducted in a meaningful way, because the costs to workers aren’t being considered. If we are, say, deciding whether or not to replace half the workers on the factory floor with robots, one of the considerations will be the effect of the robots on the future financial health of the company. But another, if we care about consequences, would be the damage we are doing to the lives of the replaced. Right-wing economist Henry Hazlitt said that the basic principle of economic analysis was “tracing the consequences of [any] policy not merely for one group but for all groups.” Because corporations increasingly do not act in the interests of “stakeholders,” but of executives and shareholders (often mostly executives), they are prone to making decisions that harm those at the bottom more than they benefit those at the top.

This is why, at the very least, companies should have co-determination systems, in which workers hold seats on the board of directors. The German system, in which workers have between ⅓ and ½ of the seats on a company’s supervisory board begins to equalize the power of management and labor, and ensures that the interests of all parties affected by decisions will be represented (even if ultimately they lose out). It’s not easy to design a perfect system, and there is literally no way to incorporate all the parties affected by a decision into the process (thanks to the butterfly effect!), but the first thing we can do is to agree that “economic democracy” is an important value and needs to be a core part of the American workplace.

I’m not getting my coffee shop back, I know. I’ll find another. But in an ideal world, the people who make the coffee would run the shop, and we wouldn’t all be helplessly buffeted about by the whims of those giving Orders From Above.