Everyone’s A Leftist Once A Corporation Tramples On Them 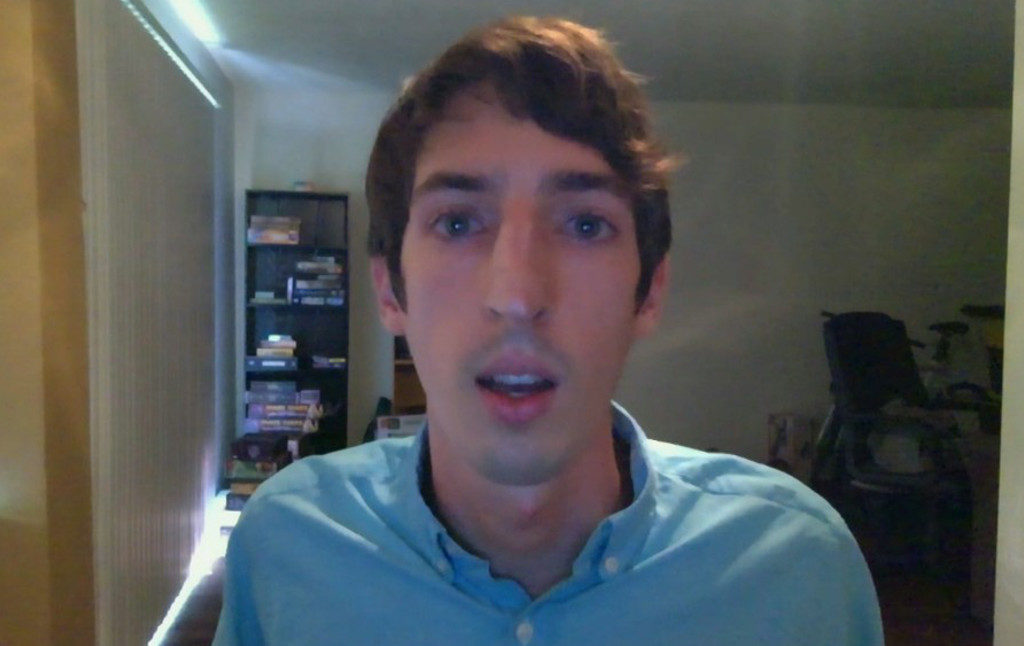 The old line is that a conservative is a liberal who has been mugged. Conversely, the easiest way to make a conservative into a leftist is to put them on the receiving end of corporate power.

Two young right-wing men are very upset at what large tech companies have done to them. James Damore is the ex-Google employee who was fired for writing a memo arguing that natural gender differences may be responsible for the disproportionate numbers of men in tech. (Damore controversially claimed that women tend to be more neurotic and that empathy is bad). Damore is now suing Google for unlawful discrimination, arguing that the company targeted him (1) because of his race and gender, in violation of the Fair Employment and Housing Act, and (2) for his political opinions, in violation of the California Labor Code. Google, for its part, has said that it “looks forward” to introducing Damore to its team of 400 lawyers.

Pissed Off Young Right-Winger #2 is Charles C. “Chuck” Johnson, the blogger and internet troll who briefly achieved public prominence for publicly disclosing the identity of the UVA student at the center of the discredited Rolling Stone rape story. (He also holds the distinction of having had the New York Times once compare him to the mood slime from Ghostbusters II.) Johnson was suspended from Twitter in 2015, and is now suing the company, alleging that being suspended hurt his web traffic, and calling his lawsuit a “very serious case over the freedom of the internet… [a]nd whether people have the right to say what they mean and mean what they say.”

It is difficult to see how Johnson has any kind of case against Twitter. When his account was active, Johnson used to spend his time calling women “bitches” (“I have a plan to take that bitch out,” he said of Hillary Clinton),  threatening to reveal people’s private information, insisting that Barack Obama is secretly gay (which once led to an amusing typo), and tweeting things like “I wish the police would take a page out of #DarrenWilson’s playbook and shoot and kill more #MichaelBrowns tonight.” Since Twitter’s terms of service fairly clearly prohibit hate, harassment, and threats to expose people’s private information, and since there is no First Amendment right to tweet, this lawsuit will likely go the way of Johnson’s previous litigation.

The Damore case is a little more complicated. California’s Labor Code does prohibit companies from attempting to control employees’ political activities, and there will probably be an argument over whether Damore was disciplined for his “politics” or for sending an obnoxious memo to his colleagues that made female Google employees feel demeaned. Likewise, a court will have to consider whether Damore was harassed and targeted because he was a “white man” or because he was an irritating and arrogant human being who deliberately and proudly refused to empathize with those around him. The complaint filed by Damore’s lawyers contains dozens of social media posts and internal emails by Google employees, including quotes from a manager who said  “There are certain ‘alternative views, including different political views’ which I do not want people to feel safe to share here.” (I am unfamiliar with the history of California labor law on politics in the workplace, so I can’t say what would actually constitute a violation of the Code.)

But leaving aside the legal issues here, the irony of these cases is that conservatives are falling victim to the very kinds of corporate power that are being fought by the “social justice” movements these men deplore. Here we have issues involving labor protections for employees and the right of a company to restrict its users’ free speech. The leftist position is: because companies exercise private forms of power that affect people’s lives, they cannot be permitted to operate independently of public accountability. That’s why we need “economic democracy” and customers and employees need to have very clearly established legal rights. By contrast, the right’s general philosophical position on this tends to be: tough shit, you signed the contract, sucker.

It’s so funny to me watching people on the right complain that Twitter is stifling their free expression by suspending their accounts. After all, this concedes that the ability of companies to control speech can be pernicious in the same way that having governments control speech is. And, frankly, that’s true: if the medium through which people actually speak in practice is Facebook and Twitter, then the “right to free speech” is meaningless if it is policed by the unaccountable executive gods at Facebook and Twitter. Likewise, prohibitions on companies controlling employees’ political activity are important. I might have the right to free assembly, but if in practice I will be fired for it, it’s not much of a right. The California Labor Code that Damore has turned to for help is the product of a leftist recognition that employees need protection from their employers. (Note that in most other parts of the country, an employer has an unqualified right to fire you for your political activity, and it’s only because Damore has  the good fortune to live in a liberal state that he has even a glimmer of a chance of success.)

Of course, this also raises some thorny questions for the left: if we respond to suits like Damore’s and Johnson’s by saying “Well, a private company can do as it pleases, the First Amendment doesn’t apply to corporations, etc.”, it’s unclear what our position on private power is. To what degree do we believe that individuals have rights vis-a-vis corporations? What level of labor protections should there be for employee speech? Who should decide on these things? None of this is easy to resolve, because either way we come to uncomfortable conclusions: if we believe Twitter is a public forum and should strictly follow First Amendment jurisprudence, is there no way to moderate the forum to make sure people aren’t being bullied and harassed? On the other hand, if we believe Twitter is a private company with an absolute right to do as it pleases, could it suddenly decide to kick off anyone who tweeted that “Black Lives Matter”? What if Twitter was BLM’s major organizing tool? Are corporate rights so absolute that it can be permitted to seriously damage other organizations or companies? Likewise, with employment: how much control should companies have over their employees’ speech? Should they be able to fire anyone who says anything they don’t like?

As I say, these are incredibly difficult issues and none of the possible answers are fully satisfactory. I think a balance is possible, that you can guarantee Twitter users certain rights without having to permit nasty trolls, and that you can guarantee employees the ability to hold whatever beliefs they like without giving up the ability to expel those who create toxic workplaces. Importantly, though, the questions being asked are based on the core leftist premise: freedom from government is meaningless unless the economic and social structure is arranged so that you have the freedom to pursue your ends. I’m glad we can all agree on this.