“People You Disagree With” 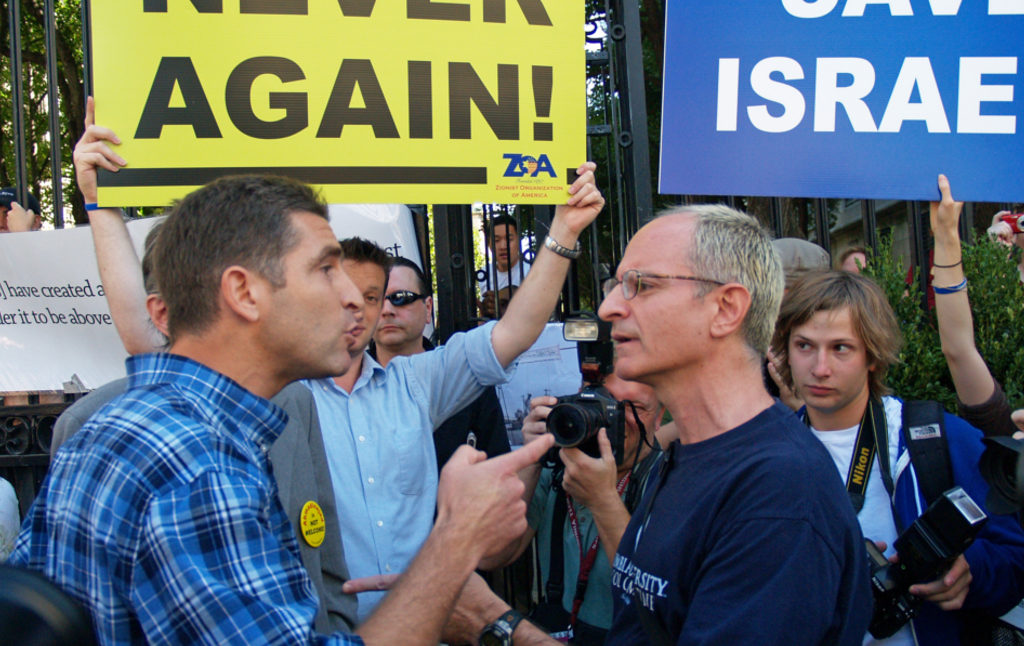 I hate the phrase “people you disagree with,” even though I’m sure I’ve written it more than once myself. First, it’s now overused, and every overused phrase should be immediately discarded. But I am also frustrated by the way it’s used in pleas for people to communicate productively about political and moral questions. Usually, anyone who mentions “people you disagree with” will be encouraging us to be more patient and understanding of those whose values are opposite from our own. Examples: a TED presentation on how you should “find out what’s in the hearts” of people you disagree with, the innumerable how-to guides on keeping Thanksgiving dinners with people you disagree with from descending into brawls, and this app called “Burst” that deliberately begins conversations between people of differing political persuasions:

“Burst is an app that connects you to people you disagree with. We believe conflict can be resolved with conversation so we built a product to help people do that. Social networks put people in social bubbles. Our goal is to burst them.”

The phrase, as you can see, is somewhat value-laden. Hardly anybody ever says that you shouldn’t talk to people you disagree with, since that would sound ridiculous. There’s an old test for whether a political statement is so imprecise as to be meaningless: if you said the opposite, would anyone conceivably advocate it? For example, “I believe our country should be strong and prosperous.” —> “I believe our country should be weak and impoverished.” Clearly, the underlying disagreement between the speaker and their opponents is actually about what strong and prosperous mean. A meaningful statement of a value, then, would be one like “I believe that a prosperous country ought to provide free college education.” There are plenty of people who believe the opposite of this, and will say so. (This isn’t really a “test” and doesn’t always work, but it sure is fun to try out on political speeches.)

By encouraging us to “talk to people we disagree with,” then, a person is making a statement that is inherently difficult to reject. But the phrase itself, “people we disagree with,” is glossing over the nature of those disagreements, and collapsing very different kinds of human conflict into a single category: disagreement. The connotations of the word disagreement mean that the phrase is automatically diminishing the size of the gap between the two people’s perspectives. A disagreement is frequently low-stakes: you and I disagree about whether Short Circuit 2 is better or worse than the original Short Circuit film. (They’re both terrible.) Perhaps we disagree on whether a particular wall is painted “turquoise” or “cyan.” Or maybe we disagree about whether all Arabs are a murderous horde of anti-Semites.

You may notice that one of these Disagreements does not feel quite like it fits with the others. I mean, certainly, it’s technically a disagreement, because my position on the question does not align with Ben Shapiro’s position. But one of the reasons that the “anti-free speech left” has gotten so exasperated with calls to “debate and discuss” with those they “disagree” with is that they do not see racism as a matter of “disagreement.” Disagreement implies that there could be compromise. It also contains a subtle relativism: I say po-tay-to, you say po-tah-to, let’s call the whole thing off. People who demean entire ethnic groups are not people I have a disagreement with. They are people whose value systems I find horrifying. I want to see those values disappear.

Ironically, given that it is supposedly an exhortation to mutual understanding, the phrase “people you disagree with” seems to display a limited understanding of what human conflicts are actually like to those who participate in them. Do Israelis and Palestinians “disagree”? Well, yes, they do. But also, to characterize it that ways is naive, because it misses that the disagreement is built on a much deeper clash of interests. Did the Communists murdered in the 1979 Greensboro massacre disagree with the Klansmen who shot them? Do the Amazon workers who toil in warehouses stuffing boxes for Jeff Bezos disagree with him on how long a workday should be? Yes, and yes. It’s more than that, though. Seeing clashes of interest as “people disagreeing” is what we might call the “Obama view.” Barack Obama’s position was that while he may have disagreed with Republicans, he nevertheless believed they were well-intentioned people and hoped to be able to work out their differences. The Republicans, on the other hand, believed Obama was a poisonous socialist who needed to be destroyed at all costs. This disagreement was never going to be resolved harmoniously.

I don’t, for example, “disagree” with Donald Trump. I don’t even think he has any beliefs to disagree with. I think he is just a rapacious plutocrat who wants wealth, power, and fame and enjoys bullying others. I’d have nothing to say to him if I sat down in a room with him, because our dispute isn’t an intellectual one. He acts based on his gut feeling that America should be an imperial power with him in charge, and I act on my gut feeling that this will make the world horrible and needs to be stopped.

It does feel somewhat ironic that I find myself opposing the “people you disagree with” framework. That’s because I actually strongly believe that leftists should spend more time engaging with those on the other side, should address their arguments, should talk to Trump voters. I think a refusal to talk to anyone who doesn’t already share your politics will doom you to irrelevance; you have to be persuading people, and persuasion involves dialogue. I’m in favor of the very “sitting down at the dinner table” approach that the “people you disagree with” people want to see, and I think we need more empathy for those whose beliefs or actions may horrify us. (I have to believe leftists should empathize with Trump voters, because I believe leftists should empathize with people on death row, many of whom have committed murder, which is at least somewhat worse than voting for Donald Trump.)

I don’t see a binary choice, though, between “believing your political beliefs are polite ‘disagreements’ and thus being willing to have civil discussions about them” and “believing that politics is a fight to the death waged by competing interest groups and thus discussion is futile.” I can find right-wing values not just different, but appalling, yet still believe that it’s necessary to get along with and talk to people both (1) as a matter of ordinary human decency and (2) thanks to the practical necessity of having to convince people you’re right if they’re going to join your side. You can follow a “hate the sin, love the sinner” approach. But an important part of that is the hatred you feel toward the sin. The trouble with a lot of pro-civility rhetoric is that it is often actually a suggestion to tone down feelings of outrage and passion. But because I believe my convictions are important, outrage and passion are essential. I’m still able to converse with a conservative without keeping them from speaking, and I’m happy to review their books and explain why their arguments are all faulty. That still doesn’t mean that the conflict in our values is like a disagreement over movies or wallpaper, and if you characterize it this way, it’s hard to believe you actually care very much about your core convictions. (This is why I was always dubious about Ruth Bader Ginsburg’s uncommonly chummy relationship with Antonin Scalia, whom she said was a “good” person with whom she happened to have differences. He was not, in fact, a good person.)

My colleague Briahna Gray has argued for engaging in dialogue with white supremacists. But importantly, in doing so, she’s not giving an inch to them, not implying their beliefs are “legitimate” or that white nationalism is just one of the many diverse viewpoints humans hold. She believes in talking to them because she recognizes that it may be necessary. It’s a tough question, though, and “Why won’t you talk to people you disagree with?” wouldn’t be a persuasive response to a black person who didn’t see any point conversing with someone who saw them as less than human.

In order to understand the world, you have to try to describe it accurately. Flattening politics into mere disagreement obscures just how intense and irresolvable conflicts of human values can be. If you’re going to make the case for engagement with political opponents, it’s too easy to frame the question as “whether or not you’re willing to talk to people you disagree with.” The more accurate, and thus more challenging, way of putting it, is “whether or not you’re willing to talk to people whose values revolt you.” I happen to think you ought to. But on that, I realize there’s room to disagree.

Themes of civility and the limits of discourse will be explored further in Luke Savage’s upcoming essay “Against Bipartisanship.”