A Victory For Basic Standards Of Human Moral Conduct 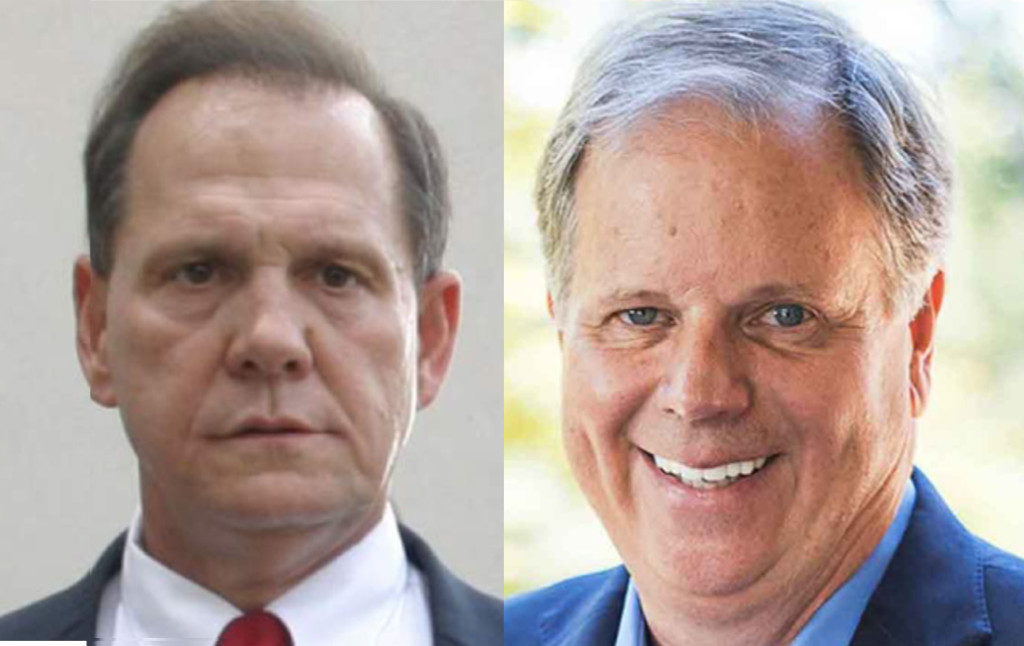 Last night was a test of an interesting political science question: is there any person so morally depraved that they cannot have a flourishing career in GOP politics? We already knew that you could literally be recorded talking about how much you love to sexually assault women and still become President of the United States. But what if you’re a grown man who preyed on teenage girls, to the point of getting banned from lurking around the mall? Will you be cast out of public life forever, or will Alabama Republicans compare you to Jesus Christ and send you straight to high office?

Thankfully, it turns out that there may still be some small sliver of justice left in the world. Roy Moore, accused of sexual misconduct by eight women, lost the Alabama senate race to Democrat Doug Jones. Not by much: the final result was Jones 49.9, Moore 48.4. But by enough to indicate that there may at least be some minor electoral repercussions for having committed serial sexual misconduct. It’s reassuring to know that there is, perhaps, some basic standard of moral conduct that politicians will occasionally be held to. (The next test of the “How Scummy Can A GOP Politician Get?” question will be the upcoming Senate campaign of Don Blankenship, the West Virginia coal executive whose colossal greed and negligence killed 29 miners. Blankenship served a year in prison for conspiring to violate mine safety standards, but in today’s impossibly extreme Republican party, being a CEO who massacred two dozen of your employees might be seen as a sign of entrepreneurial gusto.)

Credit for Moore’s loss should go where it’s due: to young people and black people, especially black women. 72% of white men and 63% of white women voted for Roy Moore, while 93% of black men and 98% of black women voted for Jones. All age groups under 50 broke for Jones, while the groups over 50 went for Moore. The Democratic Party only wins elections when it successfully motivates the young and people of color, which is why it’s crucial for those groups to feel like the party has something to offer them. If elections were left in the hands of old white people, we’d have a Congress full of Trumps and Moores. (Alas, if there’s one thing old white people love to do in large numbers, it’s vote.)

Still, every stereotype is at least partially unfair, and it was an old white guy who provided the most emotionally impactful case for keeping Roy Moore out of the Senate. In one of the more moving videos I’ve ever seen, an Alabama peanut farmer whose gay daughter committed suicide pleaded with voters not to support Moore. The farmer, Nathan Mathis, said that he had once been anti-gay himself, but after his daughter’s devastating death he realized what prejudiced attitudes can do to a person. Mathis was furious that Roy Moore could dismiss LGBT people as perverted and dysfunctional. Mathis’ 2012 letter talking about his daughter Patti’s life is heartbreaking and worth reading: “Believe what you want to. I only know that if you ever have a child or grandchild who is gay, you’ll think differently… I only know that I miss my daughter.” The video of Mathis speaking about human equality, while holding his daughter’s picture, should be a reminder of what was most important about Roy Moore’s defeat. Yes, Moore’s personal predatoriness should have kept him from high office. But so should his bigotry. It’s sad to think that if it weren’t for the sexual allegations, nothing Nathan Mathis said in defense of his late gay daughter would have kept the voters of Alabama from sending Moore to the Senate. It’s encouraging that Mathis’ words weren’t in vain, but tragic that the simple observations he makes about the need to treat ordinary people humanely are still far from universal. (I honestly think every single person who still, in 2017, harbors anti-LGBT feelings should be required to have a conversation with Nathan Mathis before ever opening their mouth again.)

I hope we are now rid of Roy Moore forever. The campaign was a circus, complete with an equestrian act, as Roy Moore rode a horse up to his polling place. (And in the process enraged “Horse Twitter,” the online community of people who actually know how to ride horses and could see that Moore was doing it ridiculously poorly. I feel a little hesitant to mock Moore for this, because I know that I probably wouldn’t be much better at it than he is, but then again I wouldn’t do it in front of news cameras while wearing a ten-gallon hat.) There was the moment when Roy Moore’s spokesman claimed that Muslims shouldn’t be Congressmen because they couldn’t complete the legal requirement of swearing on a Bible, a requirement that… doesn’t exist. (As we know from the fact that Muslim congressman Keith Ellison was ceremonially sworn in on a Koran that had belonged to Thomas Jefferson.) There was the part where a Moore acquaintance made the case that Moore was “morally straight” by talking about the time the two had found themselves in a Vietnamese brothel full of underage girls and declined to have sex with any of the children. (Instead, they just dropped off their friend there and picked him up the next morning.) And there was the moment when Roy Moore’s wife responded to charges of anti-Semitism in the most comically ill-advised way possible, by loudly declaring that “One of our attorneys…. IS A JEW.”

Just as with Trump, though, the various amusing sideshows can distract us from the fact that there are very real stakes here. It’s not Moore’s clownishness that makes me glad he won’t be in the Senate, but the role he would have had in enacting the vicious Republican agenda of further enriching the already-super-wealthy and terrorizing poor people of color. Democrats are now one seat closer to stripping the GOP of their Senate majority. Good. 2018 now looks more promising than ever, and I hope the party can get its act together (and recognize who butters its bread, i.e. the young, the black, and the Hispanic) and figure out how to stall Trump’s agenda of taking people’s healthcare away and giving rich people huge sacks of money.

Of course, one reason last night’s result looks so good is that the bar for Democratic success has fallen so low, especially in the South. The situation is so dire that “We managed to beat a bigoted child molester 49-48” is a huge unexpected victory. But no matter what, an elected Democrat in Alabama is good news. I don’t know much about what Doug Jones stands for, since the main message his campaign tried to send was “Unlike my opponent, I do not spend my time trying to pick up teen girls at the local mall. Instead, I prosecute KKK terrorists.” Honestly, that’s a pretty solid message, though it still has the usual Democratic weakness of being character-based rather than agenda-based, i.e. “I’m a good person” rather than “Here’s what I am going to do as a Senator in order to make life better for everyone.” As Charles Barkley commented: “It’s great Doug Jones won. But the Democratic party actually needs to deliver to voters of color and poor white people.” A platform of “non-pedophilia” is obviously better than the alternative, but “not being the other guy” can only take you so far.

But I can’t complain too much. Last night was a victory for human decency. Let’s savor it.