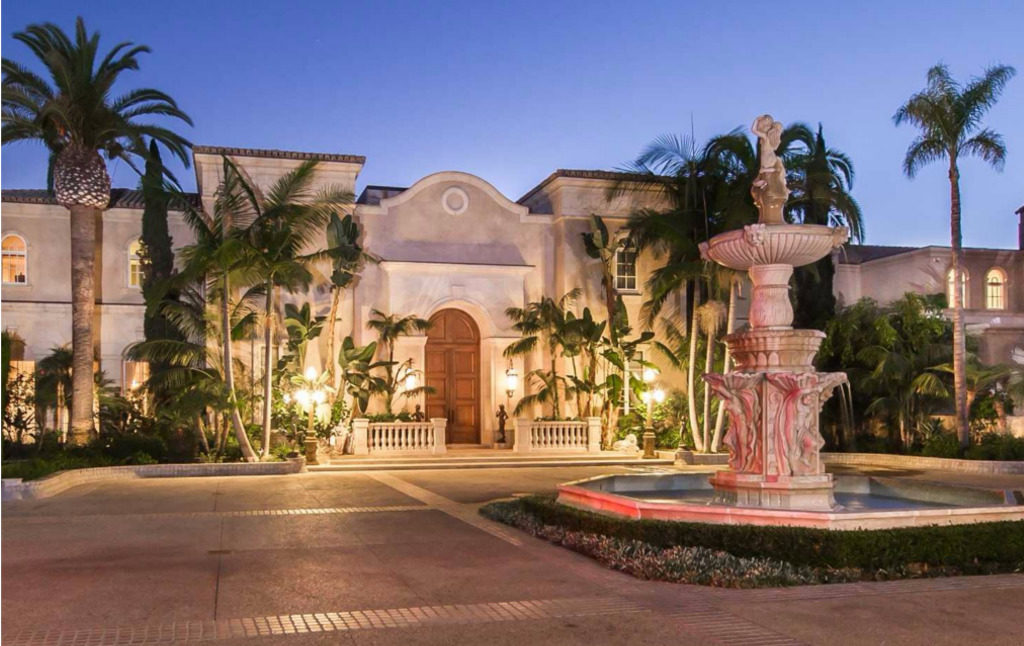 Once you know wealthy people’s spending habits, it’s obvious why their money should be going to better uses…

One thing I have never been able to understand about those who make millions of dollars a year is what they could possibly ever need that kind of money for. Separate from debates over the effects of tax rates on productivity, or whether CEO compensation accurately reflects their value, are simple questions I’ve never been able to answer: who could ever use that much? What are they even spending it on? Why do they actually want it?

This week, an elite lifestyle website called Refinery29 offers us some useful insight into these matters. As part of their “money diaries” series (which aims to shatter “the last taboo,” i.e. wealth), the site asked a woman who lives on a $1,250,000 combined salary with her husband to break down her monthly and weekly spending. The results are a useful data point in favor of the proposition that, as expected, nobody could possibly need that much money, and that the possession of extreme wealth is indefensible.

What does Anonymous Rich Person (ARP)’s week look like? Well, it involves $6,500 of spending in a family of three, which includes over $1,300 in food alone. A casual daily routine involves a $45 steak lunch, shopping for bags and wallets, and a $179 fish for dinner. In one week, ARP buys Hamilton tickets, a flight to Maui, Disneyland admission, and $500 in clothes. The $6,500 doesn’t include the recurring monthly expenses: $560 for the housekeeper, $110 for the pool man, $95 for the gardener, $175 in wine shipments, $350 in dry cleaning, $900 in utilities, $2,000 in preschool tuition, a $2,800 mortgage, and a $170 donation each to UNICEF, Doctors Without Borders, and the Los Angeles LGBT Center. If we assume that the week is representative of the norm (and it may not be, since it includes some special events), then the total average monthly expenses are $34,000 for three people.

It should be completely obvious that these people live in almost ludicrous luxurious excess. They make no effort to curb their consumption: when ARP wants something, like a piece of designer clothing or a fancy sushi dinner, she simply buys it. An expensive meal does not require an occasion; if the family wants to go out to a pricey restaurant, they just do it. The child attends a private preschool. They don’t have to do household chores: everything is taken care of by the housekeeper, gardener, and pool man.

I cannot fathom living like this. It’s so alien from my experience, and most people’s. I would feel strange eating a $45 lunch on a vacation as a treat, let alone as an unremarkable part of an ordinary workweek. But here’s the real crazy part: all this insanely indulgent spending, the $34,000 a month, still adds up to only $400,000 a year. This couple earn $1,250,000 a year. You could buy tickets to Hawaii and Disneyland every week, and still only spend ⅓ of what these people actually earn. They live like monarchs, and yet most of their income still just gets tossed into their savings account. This, then, is what is truly extraordinary: these people could keep spending exactly as they presently do, and have $200,000 a year to put into their retirements savings, even if 50% of their income was taken from them in taxes. You can argue whether increased taxes on the wealthy will have useful consequences. What I don’t think you can argue is that increased taxation would deprive people in any serious way.

One of the most notable parts of ARP’s spending breakdown is the “charitable donations” portion. This couple donate $170 per month each to three charities. This is approximately half of one percent of their annual income. And these people are liberals! (At least, if the fact that they are Californians who donate to the LGBT Center can be taken as an indication of political preference, which I think it likely can.) ARP gives a buoyant description of the family’s day-to-day habits without ever appearing troubled by the massive glaring inconsistency between their values and their spending habits. If you care about providing medicine to the needy and helping LGBT people, why don’t you donate some of the hundreds of thousands of dollars you have left over after your colossally wasteful spending binges? (It’s almost as if ARP cares far more about feeling like they are charitable than actually being charitable, but only a cynic would suggest that.)

First, of course, I don’t know how you can justify spending what this family spends every month. But then I really don’t know how you can justify keeping the rest of the money, in a time when there are literally billions of others out there who could desperately use it. One thing I think I can assume, though, is that ARP has very rarely encountered criticism for the moral aspects of this kind of life. In wealthy circles, everyone has a strong interest in allowing each other to feel like they are good people. So if this person mentions to a friend over a $100 fish dinner that they donate to Doctors Without Borders, the friend is unlikely to say “Well, how much do you donate?” and then exclaim “But that’s a pittance! How do you justify this sushi?” Rarely do elites tell other elites that it is wrong to be an elite, for obvious reasons. And the most contact this person has with the working class probably comes during chance encounters with the pool man, who is unlikely to voice any judgment he may secretly hold about their decadent bourgeois habits.

So we should all agree, then, that even $400,000 annually is far too much to live on. But some people don’t just make a bit more than that, they make so much more than that. It is difficult to even grasp the amount of money possessed by the 20 people who own more than half the country’s wealth. If it takes a lot of effort to fritter away $400,000 each year, imagine how the billionaires struggle to think of things to buy. That’s why their spending becomes outright ludicrous: they buy an $8 million shark corpse floating in formaldehyde, or a $58 million enormous balloon doggie, or all the houses in their neighborhood, or the world’s most hideous boat, or the entire island of Lanai. Once you go past the first million, there’s not really much more pleasure you can buy, so you have to resort to nonsense.

Again, the tax policy implications of this can be debated. But I think it’s uncontroversial to conclude that the possession of enormous wealth, especially in a time of great suffering, is just indefensible in every way. Even $400,000 a year provides enough to live in extreme luxury. Anything over that is just obscene.