“Verrit” Shows Everything Wrong With Clintonism 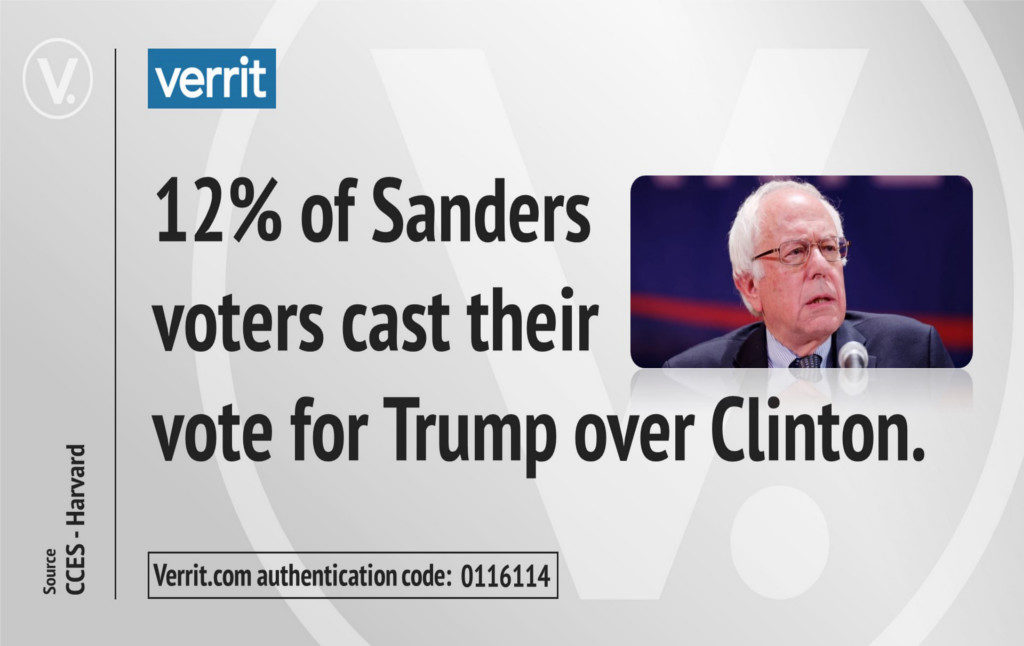 Yesterday, Hillary Clinton took to Twitter to deliver an important message to the American public: “I’m excited to sign up for @Verrit, a media platform for the 65.8 million!” Clinton wrote. “Will you join me and sign up too?” It was a somewhat baffling thing for her to choose to say to her 17 million Twitter followers: her feed had remained silent as Donald Trump had pardoned Joe Arpaio and continued to worsen the North Korean nuclear situation, yet she was promoting an obscure media startup. Some, like Keith Olbermann, sardonically suggested that her account must have been hacked, perhaps yet another effort by tireless Russians to undermine the #Resistance.

But “Verrit” appears to be no Putinist plot: Hillary Clinton is genuinely promoting a media company. Verrit was founded by prominent Clinton supporters Peter and Leela Daou, who explicitly wanted to create a platform that would speak to former Hillary voters, whose voice, Peter implausibly claimed, was “unrepresented in the media.” Peter Daou earned a reputation during the campaign for his unusually zealous online promotion of Clinton, launching the widely-mocked “HillaryMen,” getting into endless social media spats with “BernieBros,”  and running the propaganda outlet Blue Nation Review (responsible for the infamous headline “In Africa They Call Her ‘Sister Hillary.’”) Even Clinton’s communications director called Daou’s style “absurdly aggressive,” and to this day he spends large portions of time blasting messages like: “PEOPLE ARE STILL TERRIFIED OF HILLARY. PEOPLE STILL WANT TO DESTROY HILLARY. PEOPLE WANT TO SILENCE ANYONE WHO SUPPORTS HER.”

The Daous themselves are uninteresting except as a case study of the kind of ideological zeal that has made the Democratic Party incapable of introspection and error-correction. “Verrit” itself, however, turns out to be an unusually illuminating illustration of nearly every single tendency that continues to undermine the party’s political fortunes. Rarely does something come along that so neatly captures the problem, and with Hillary herself having enthusiastically endorsed it, it’s more obvious than ever why the Clintonian philosophy needs to be abandoned if Democrats are ever going to stand a chance of winning elections again.

The purpose of Verrit is, naturally, unclear. It is a website, and as the Daous say, it is clearly pitched at former Clinton voters. It aims, it says, to become the “trusted source of political information and analysis” for those who are #StillWithHer, and to provide a media “sanctuary” (read: bubble) for the “like-minded.” But figuring out exactly how Verrit is supposed to be used is not easy. Visitors to the site are met with a combination of two things: inspiring quotes from figures like Desmond Tutu, Abraham Lincoln, and Hillary Clinton, as well as an array of disparate facts and statistics.

The bulk of Verrit is dedicated to the provision of Facts. For example: 1 in 8 Americans has an alcohol use disorder. 30% of outpatient prescription antibiotics are unnecessary. People who eat seafood ingest thousands of tiny pieces of plastic annually. 71% of human trafficking victims are female. There are nearly 40,000 homeless veterans. The facts float freely. They are given no context. There is no suggestion for what one is supposed to do with them, or how to solve the problems they describe. Instead, there is a complicated “verification” system, in which each fact is assigned a 7-digit numerical code. The code can be used to verify the fact by looking it up in the Verrit fact database.

The Verrit system is remarkable in its embodiment of some of the most self-destructive tendencies of Democratic Party centrists. A sample:

A belief that “Facts” can be persuasive by themselves — The “code” system of Verrit seems to exist so that those who are #StillWithHer can easily trounce their Trump-supporting relatives in an argument by citing facts that can be looked up with a code. “Well, actually, if you’ll punch 0116068 in Verrit, you’ll find that gun violence is the third-leading cause of death among children.” This belief, that good Fact Checks are the best ammunition in politics, is both pervasive and delusional. Democrats have consistently acted as if the thing people need most is for the intelligent and rational to offer Explanations and Truth-o-Meters. But, of course, the problem is that people don’t actually trust media institutions (and with good reason). Until you rebuild that trust, nobody is going to care whether a media entity insists that something is a fact, especially if that media entity has an explicitly partisan mission and its founders are prone to obvious lies like “Hillary supporters are unrepresented in the media.”

Lack of any clear unifying values — One reason the “Just the Facts” approach to politics doesn’t work is that it’s incoherent. A list of facts means nothing by itself. Democrats can’t just throw random statistics at people and expect it to mean something. The important task for the party is to come up with a clear and compelling set of values and goals, rather than just insisting that it has a superior command of Facts and Truth.

Further eroding the meaning of “Facts” and “Truth” by using these words ideologically — One verified Verrit “fact” is that “Sanders and the Mainstream Media Helped Put Trump in the White House,” on the grounds that 20% of Sanders voters did not end up voting for Clinton. This fact claims that “it is a testament to [Clinton’s] strength and the dedication of her 65.8 million voters that she won the popular vote so handily.” It should be obvious to anyone that there is no commitment whatsoever to “fact” here. The factual reality, as I have written before, is that because in a close election, many things independently cause the outcome, one’s values determine which of the causes one singles out.

Complexity for complexity’s sake — The hallmark of “wonkishness” is a love of complex policies. This mindset, which prefers it when only experts can understand things, thereby elevating their status and necessity, can be dangerous, because it can lead those who are drafting policies to build in complexity for its own sake. We can see this mindset at work in the “verification code” system: it’s totally unnecessary and complicated (if I’m going to keep a list of Verrit fact numbers, I’m going to have to write down in words what each one is, so why not have things be looked up by the ordinary language label for the number rather than the number? Or, for that matter, a damn hyperlink?) and exists merely to provide the appearance of something formal and reliable. This fetishization of complexity results in the further alienation of ordinary people, who just want things to work as simply as possible.

Confidence in “technology” to solve the world — Democrats these days love Silicon Valley and believe that we need to teach coal miners to code. Of course this approach produced Verrit, which replicates the mistaken belief that the problem with media has been a matter of its form rather than its content. Instead of trying to think seriously about why people don’t trust fact-checks, we simply throw some technology at the issue, and give people a new way of accessing the same bunch of facts and stats that didn’t convince people before.

Arrogance — The “we’re the smart ones” approach has seriously damaged the ability of Democrats to connect with people, because it makes them seem condescending and out of touch. Verrit is dripping with the same kind of “Republicans are dumb, Democrats are clever” mentality that has made so many people detest the party.

Somehow I doubt Verrit will last long, despite Hillary Clinton’s endorsement. As Gizmodo observed: “For a startup like this to work, it has to have a clearly defined mission, a valuable product and an engaged base which actually has an interest in using the platform long-term. Verrit has none of these.” As someone who cares about the future of progressive politics, I certainly hope the site collapses quickly, because as long as it finds an audience, it will mean that the same failed tendencies are continuing to be replicated. I am glad that it has come along, though, and that Hillary Clinton has signaled her endorsement, because I can think of no more succinct way of making the case for what needs to be avoided.