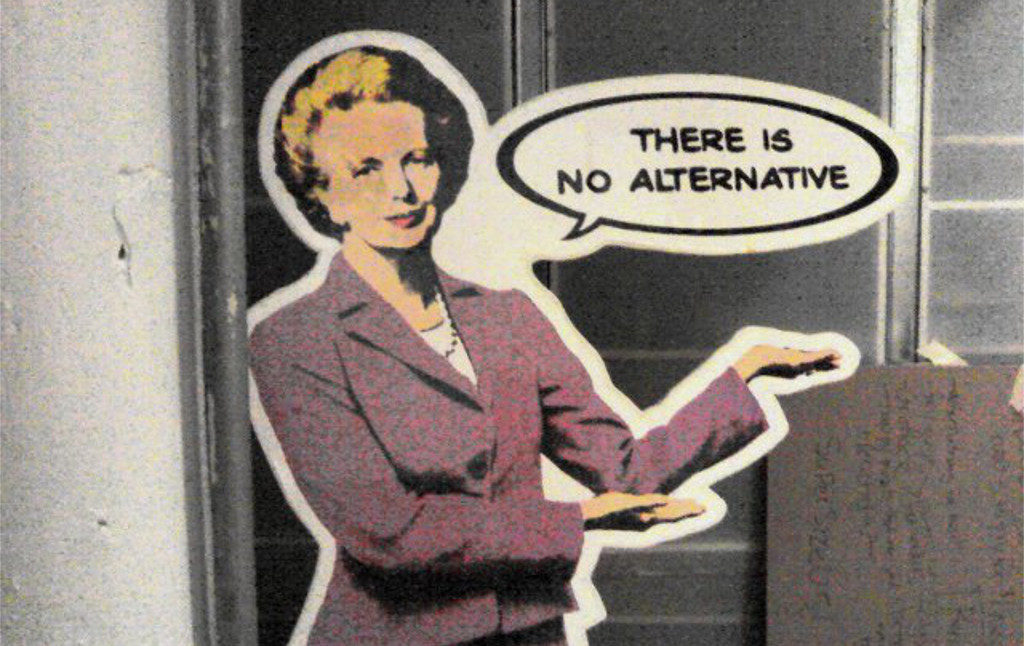 The left should embrace both pragmatism and utopianism…

There’s a quote frequently used by leftists to illustrate how deeply ingrained society’s prevailing economic ideology is: “today, it’s easier to imagine the end of the world than the end of capitalism.” First offered by Fredric Jameson, and now almost starting to lose meaning from overuse, the quote points out something that honestly is quite astonishing: it does seem far easier to conceive of the possibility of being boiled alive or sinking into the sea than the possibility of living under a substantially different economic system. World-ending disaster seems not just closer than utopia, but closer than even a modest set of changes to the way human resources are distributed.

Jameson’s quote is often used to show how capitalism has limited the horizons of our imagination. We don’t think of civilization as indestructible, but we do seem to think of the free market as indestructible. This, it is sometimes said, is the result of neoliberalism: as both traditionally left-wing and traditionally right-wing parties in Western countries developed a consensus that markets were the only way forward (“there is no alternative”), more and more people came to hold narrower and narrower views of the possibilities for human society. Being on the right meant “believing in free markets and some kind of nationalism or social conservatism” while being liberal meant “believing in free markets but being progressive on issues of race, gender, and sexual orientation.” Questions like “how do we develop a feasible alternative to capitalism?” were off the table; the only reasonable question about political intervention in the economy became: “should we regulate markets a little bit, or not at all?”

There’s definitely something to this critique. It’s true that, where once people dreamed of replacing capitalism with something better, today human societies seem to face a choice between apocalypse, capitalism, and capitalism followed shortly by apocalypse. Every attempt to speak of a different kind of economy, however appealing it may be emotionally, seems vague and distant, and impossible to know how to actually bring about. Plenty of young people today are socialists, but socialism seems a lot more like a word than an actual thing that could happen.

Some of this is the result of a very successful multi-decade campaign by the right to present free-market orthodoxy as some kind of objective truth rather than a heavily value-laden and political set of contestable ideas. And the Jameson quote also partly succeeds through a kind of misleading pseudo-profundity: it’s always going to be easier to imagine visceral physical things like explosions than changes in economic structures, and so the relative ease of imagining the former versus the latter may not be the especially deep comment on 21st century ideological frameworks that the quotation assumes.

But if socialism seems more remote than ever, it’s also surely partly the fault of socialists themselves. If we ask the question “Why is it difficult to imagine the end of capitalism?”, some of the answer must be “Because socialists haven’t offered a realistic alternative or any kind of plausible path toward such an alternative.” It’s very easy to blame “neoliberal” ideology for convincing people that free-market dogmas are cosmic truths. Yet while Margaret Thatcher may have propagandized and evangelized for the principle that less government is always better government, she didn’t actually prevent people on the left from using their imaginations. If our imaginations have been stunted, it may also be because we have failed to use them to their maximal capacity, falling back on abstractions and rhetoric rather than developing clear and pragmatic pictures for what a functional left-wing world might look like.

I blame Karl Marx for that, somewhat. Marx helped kill “utopian socialism” (my favorite kind of socialism). The utopian socialists used to actually dream of the kind of worlds they would create, conjuring elaborate and delightfully vivid visions of how a better and more humane world might actually operate. Some of these veered into the absurd (Charles Fourier believed the seas would turn to lemonade), but all of them encouraged people to actually think in serious detail about how human beings live now, and what it would be like if they lived differently. Marx, on the other hand, felt that this was a kind of foolishly romantic, anti-scientific waste of time. The task of the socialist was to discern the inexorable historical laws governing human social development, and then to hasten the advance of a revolution. According to Marx, it was pointless trying to spend time drawing up “recipes for the cook-shops of the future”; instead, left-wing thinkers should do as Marx believed he was doing, and confine themselves “to the mere critical analysis of actual facts.”

But analysis doesn’t actually create proposals, and it was because Marx believed that that things could sort themselves out “dialectically” that he didn’t think it was necessary to explain how communism might actually function day-to-day. Ironically, given Marx’s dictum that philosophers should attempt to change the world rather than merely interpreting it, Marx and his followers spent an awful lot of time trying to figure out social theories that would properly interpret the world, and precious little time trying to figure out what changes might actually improve people’s lives versus which changes might lead to disaster. (Call me crazy, but I believe this tendency to shun the actual development of policy might have been one reason why nearly every single government that has ever called itself Marxist has very quickly turned into a horror show.)

The left-wing tendency to avoid offering clear proposals for how left ideas might be successfully implemented (without gulags) is not confined to revolutionary communism. The same affliction plagued the Occupy Wall Street movement; a belief in democracy and a hatred of inequality, but a stalwart refusal to try to come up with a feasible route from A-B, where A is our present state of viciously unequal neofeudalism and B is something that might be slightly more bearable and fair. By refusing to issue demands, or consider what sorts of political, economic, and social adjustments would actually be necessary to actualize Occupy’s set of values, the movement doomed itself. The direct precipitating cause of its fizzling was Occupy’s eviction from Zuccotti Park by the NYPD. But it’s hard to think how a movement that isn’t actually proposing or fighting for anything clear and specific could ever actually get that thing. (Occupy’s “no demands” proponents would have done well to listen to Frederick Douglass, who declared that “Power concedes nothing without a demand.”)

There’s a bit of the same lack of programmatic strategy in the popular leftist disdain for “wonks” and “technocrats.” Nobody finds D.C. data nerds more irritating than I do, but these two terms have become casual pejoratives that can seemingly be applied to anyone who has an interest in policy details. Certainly, it’s important to heap scorn upon the set of “technocratic” Beltway-types who value policy for its own sake, and allow political process to become an end in itself, drained of any substantive moral values or concern with making people’s lives better. But in our perfectly justified hatred for a certain species of wonk, it’s important not to end up dismissing the value of caring about pragmatism and detail.

In fact, I almost feel as if the term “pragmatism” has been unfairly monopolized by centrists, with the unfortunate complicity of many people on the left. “Pragmatism” has come to mean “being a moderate.” But that’s not what the term should mean. Being pragmatic should simply mean “caring about the practical realities of how to implement things.” People like Bill Clinton and Tony Blair helped redefine “liberal pragmatism” to mean “adopting conservative policies as a shortcut to winning power easily.” But being pragmatic doesn’t mean having to sacrifice your idealism. It doesn’t mean tinkering at the margins rather than proposing grand changes. It just means having a plan for how to get things done.

Thus leftism should simultaneously become more pragmatic and more utopian. At its best, utopianism is pragmatic, because it is producing blueprints, and without blueprints, you’ll have trouble building anything. Yes, these days it’s hard to imagine a plausible socialist world. But that’s only partly because so many people insist socialism is impossible. It’s also because socialists aren’t actually doing much imagining. William Morris and the 19th century utopians painted vivid portraits of what a world that embodied their values might look like. Today’s socialists tell us what they deplore (inequality and exploitation), but they’re short on clear plans. But plans are what we need. Serious ones. Detailed ones. Not “technocratic,” necessarily, but certainly technical. It’s time to actually start imagining what something new might really look like.