Fines and Fees Are Inherently Unjust 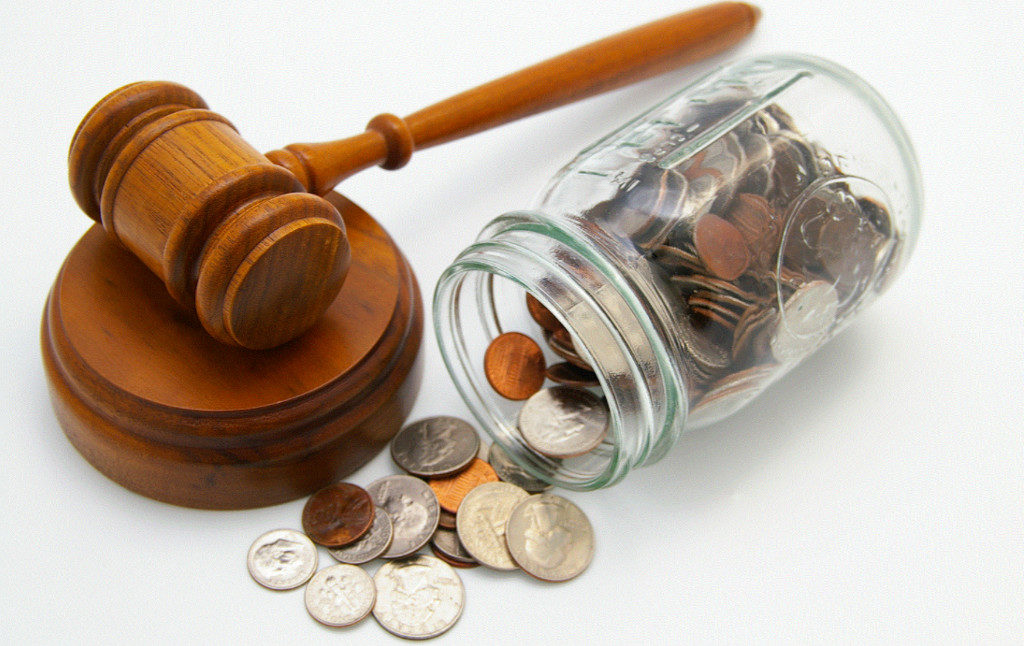 Fining people equally hurts some people far more than others, undermining the justifications of punishment…

Being poor in the United States generally involves having a portion of your limited funds slowly siphoned away through a multitude of surcharges and processing fees. It’s expensive to be without money; it means you’ve got to pay for every medical visit, pay to cash your checks, and frankly, pay to pay your overwhelming debts. It means that a good chunk of your wages will end up in the hands of the payday lender and the landlord. (It’s a perverse fact of economic life that for the same property, it often costs less to pay a mortgage and get a house at the end than to pay rent and end up with nothing. If I am wealthy, I get to pay $750 a month to own my home while my poorer neighbor pays $1,500 a month to own nothing.) It’s almost a law of being poor: the moment you get a bit of money, some kind of unexpected charge or expense will come up to take it away from you. Being poor often feels like being covered in tiny leeches, each draining a dollar here and a dollar there until you are left weak, exhausted, and broke.

One of the most insidious fine regimes comes from the government itself in the form of fines in criminal court, where monetary penalties are frequently used as punishment for common misdemeanors and ordinance violations. Courts have been criticized for increasingly imposing fines indiscriminately, in ways that turn judges into debt collectors and jails into debtors’ prisons. The Department of Justice found that fines and fees in certain courts were exacted in such a way as to force “individuals to confront escalating debt; face repeated, unnecessary incarceration for nonpayment despite posing no danger to the community; lose their jobs; and become trapped in cycles of poverty that can be nearly impossible to escape.” A new report from PolicyLink confirms that “Wide swaths of low-income communities’ resources are being stripped away due to their inability to overcome the daunting financial burdens placed on them by state and local governments. There are countless stories of people being threatened with jail time for failing to pay fines for “offenses” like un-mowed lawns or cracked driveways.

Critics have targeted these fines because of the consequences they are having on poor communities. But it’s also important to note something further. The imposition of flat-rate fines and fees does not just have deleterious social consequences, but also fundamentally undermines the legitimacy of the criminal legal system. It cannot be justified – even in theory.

I work as a criminal defense attorney, and I have defended both rich and poor clients (mostly poor ones). Many of my clients have been given sentences involving the imposition of fines. For everyone, regardless of wealth, if a fine means less (or no) jail time, it’s almost always a better penalty. But, and this should be obvious, fines don’t mean the same thing to different people. For my poor clients, a fine means actual hardship. In extreme cases, it can mean a kind of indenture, as the reports have pointed out. If you make $1,000 a month, and are trying to pay rent and support yourself, a $500 fine means a lot. It means many months of indebtedness as you slowly work off your debt to the court. It might mean not buying clothes for your child, or forgoing necessary medical treatment.

Of course, the situation changes if you’re wealthy, or even middle-class. You write the check, you leave the court, the case is over. For my wealthy clients, a fine isn’t just the best outcome, it’s a fantastic outcome, because it means the crime which you are alleged to have committed has led to no actual consequences that affect you in a substantive way. You haven’t had to make any sacrifices –  your life will look precisely the same in the months after the fine was imposed as it did in the months before. Wealthy defendants want to know: “What can I pay to make this go away?” And sometimes paying to make it go away is exactly what they can do as courts will often accept pre-trial fines in exchange for dismissal.

As I said, it’s not news that it’s harder to pay a fine if you’re poor. But the implications of this are rarely worked all the way through. For if it’s true that the punishment prescribed by law hurts one class of defendants far more than it hurts another class of defendants, then the underlying justification for having the punishment in the first place is not actually being served, and the basic principle of equality under the law is being undermined.

If fines are imposed at flat rates, poor people are being punished while rich people are not. If it’s true that wealthy defendants couldn’t care less about fines (and a millionaire with a $500 fine really couldn’t care less), then they’re not actually being deprived of anything in consequence of their violation of law. Punishment is supposed to serve the goals of retribution, deterrence, or rehabilitation. Leaving aside for the moment whether these are actually worthy goals, or whether criminal courts actually care about these goals, flat-rate fines don’t serve any of them when it comes to wealthy defendants. There’s no deterrence or rehabilitation, because if you can pay an insignificant fee to commit a crime, there’s no reason not to do it again. It’s wildly unclear how a negligibly consequential fine would deter a wealthy frat boy from continuing to urinate in public, whereas a person trying to escape homelessness might become very careful not to rack up any more fines.

Nor does the retribution imposed have a rational relationship to the significance of the crime. If the point of retribution is to make someone suffer a harm in proportion to the suffering they themselves have imposed (a dubious idea to begin with), flat-rate fines make no sense, because some people are being sentenced to far greater suffering than others. This means that it is unclear what we believe the actual correct retributive amount is supposed to be. It’s as if we punish in accordance with the philosophy of “an eye for an eye,” but we live in a society where some people start with one eye and some people start with a twenty eyes. Taking “an eye for an eye” means something quite different when imposed on a one-eyed man than it does with a twenty-eyed man. The one-eyed man has been punished with blindness while the twenty-eyed man can shrug and simply have one of the lenses removed from his spectacles.

This is important for how we view the law. If courts aren’t calibrating fees based on people’s actual wealth, then massively differential punishments are being imposed. Some people receive indenture while others receive no punishment at all, even given the same offense at the same level of culpability. If fines are supposed to have anything to do with making a person experience consequences for their crime, whether retributive consequences or rehabilitative consequences, then punishments are failing their stated purpose and being applied grossly unequally.

It is inevitable that laws will always affect people differently, because people will always be different. But if some people are given something that constitutes far more of a burdensome punishment for them than it is for others, the actual purposes of the law aren’t being served. Separate from the equality arguments, for a large class of people punishment simply isn’t even serving its intended function.

Of course, you could easily take a step toward this, by fining people in accordance with a percentage of their income rather than at a flat rate (or redistributing all wealth). If a fine is, say, 2% of one’s annual income, then a person with a $20,000 income would face a $400 fine whereas a person with a $200,000 income would face a $4,000 fine. That’s still grossly unfair of course, because $400 means far more to the poorer person than $4,000 does to the richer person. You wouldn’t have a fair system of fines until you figure out how to make the rich experience the same kinds of effects that fines impose on the poor. The fact that even massively increasing fines on the rich wouldn’t bring anything close to equal consequences should show how totally irrational our present system is.

But rather than having courts appropriate larger quantities of rich people’s wealth (though their wealth obviously does need appropriating), we could also simply reduce the harm being inflicted on the poor, through reforming local fines-and-fees regimes. It’s clear that in many cases, fines don’t have anything to do with actual punishment; they’re revenue-raising mechanisms, a legalized shakedown operation, as the Justice Department’s report on Ferguson made clear. Courts aren’t interested in actually calculating the deterrence effects of certain financial penalties. They want to fund their operations, and poor people’s paychecks are a convenient piggy bank.

We know that fines and fees have, in many jurisdictions, created pernicious debt traps for the poor, arising from trivial offenses. But it’s when we examine the comparative impact on wealthy defendants that this system is exposed as being irrational as well as cruel. It doesn’t just ensnare the less fortunate in a never-ending Kafkaesque bureaucratic nightmare. It also fundamentally delegitimizes the entire legal system, by severing the relationship between punishments and their purpose. It makes a joke out of the ideas of both the punishment fitting the crime and equality under the law, two bedrock principles necessary for  “law” to command any respect at all. So long as flat-rate fines are disproportionately impacting the poor, there is no reason to believe that criminal courts can ever be places of justice.